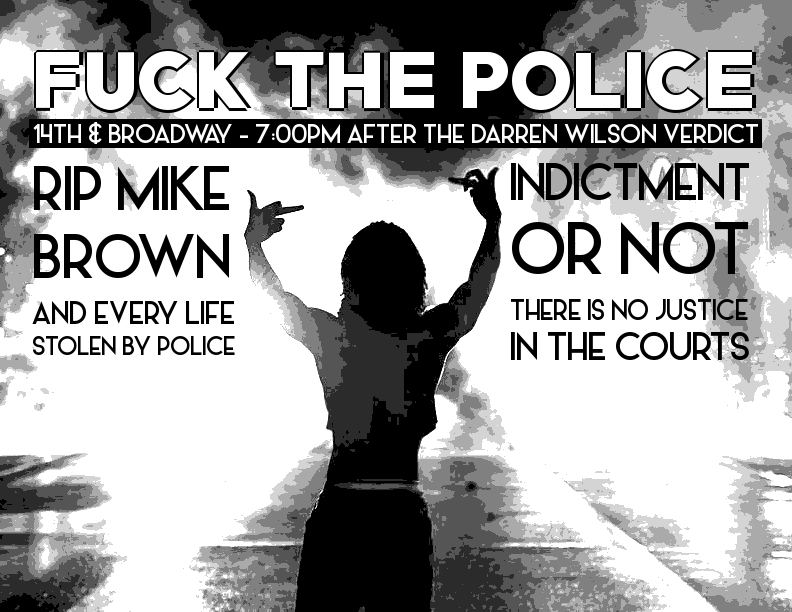 When the Darren Wilson grand jury verdict is announced, on whether or not to indict the cop who killed Mike Brown, a demonstration will gather at the following 7:00pm at 14th & Broadway. It will not matter what the verdict is, indictment or not, as there is no justice in the courts.

Fuck The Police!
Add Your Comments
LATEST COMMENTS ABOUT THIS ARTICLE
Listed below are the latest comments about this post.
These comments are submitted anonymously by website visitors.