Add an Event
Newswire
Calendar
Features
Home
Donate
From the Open-Publishing Calendar
From the Open-Publishing Newswire
Indybay Feature
Publish to Newswire
Add an Event
Related Categories: Santa Cruz Indymedia | Health, Housing & Public Services | Police State & Prisons | Racial Justice
HUFF Releases Evidence of SCPD Profiling, Joins National Police Brutality Protests
by Alex Darocy (alex [at] alexdarocy.com)
Thursday Oct 23rd, 2014 5:16 PM
On October 22, the organization Homeless United for Friendship and Freedom (HUFF) participated in the 19th annual National Day of Protest to Stop Police Brutality, Repression and Criminalization with a demonstration in front of the Santa Cruz Police Department. This week, HUFF announced that after analyzing the citation records of SCPD Community Service Officer B. Barnett, they have found that he has disproportionately targeted homeless people and African-Americans. According to HUFF, nearly three of every four of Barnett's citations made downtown were issued to homeless people for essentially victimless crimes, such as sitting, smoking, and skateboarding. Additionally, nearly 10% of the citations Barnett issued were to African-Americans, in a county where 1.4% of the population is black according to a recent census. 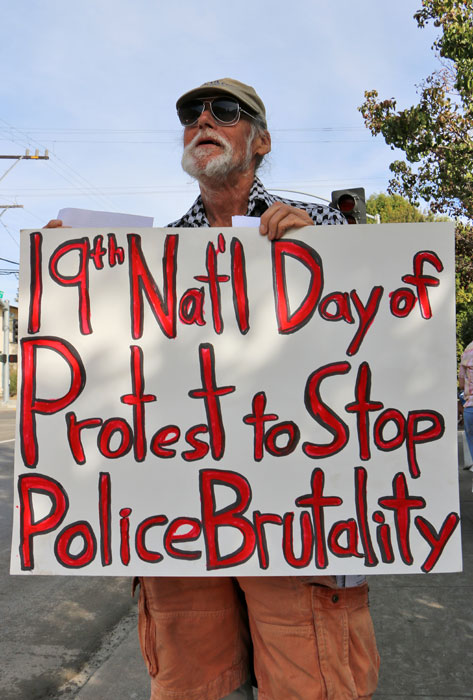 Barnett patrols the downtown area and Pacific Avenue, and HUFF has received complaints about him since last year. After filing a California Public Records Act request, the citations Barnett issued between July of 2013 and August of 2014 were made available. The incident reports that were provided in electronic form to the organization by the SCPD, however, did not include any information pertaining to the race or ethnic identity of the individuals to which they were issued. To gather that information, HUFF was required by police to visit the station to examine the actual physical copies of the citations so they could compile their own statistics.

At the protest, HUFF has also denounced the recent decision by the Santa Cruz City Council to expand penalties under the parks stay-away ordinance that was first adopted in May of 2013.

Park Rangers now have the ability to force individuals to stay away from city parks when they have been issued citations for low-level infractions. A person can be banned from a park for a full year after receiving multiple citations. A violation of a stay-away order can result in a misdemeanor conviction, which can carry up to a year in jail and/or a $1000 fine.

"Note that one doesn't have to be convicted of any offense, even charged in court with any offense, simply cited for an offense for this law to go into effect," wrote Robert Norse, the founder of HUFF.

HUFF members are presently compiling statistics on the citations issued in Santa Cruz city parks, and the organization says it plans to, "co-ordinate Copwatch efforts city-wide."

Nationally, police protests were held in over 100 cities, according to the website of the Coalition to Stop Police Brutality, Repression and the Criminalization of a Generation.


A PDF of the citations SCPD Officer Barnett issued between July 2013 and August 2014, with race information, can be found at:
https://www.indybay.org/uploads/2014/10/21/barnett_cites_including_race.pdf

Coalition to Stop Police Brutality, Repression and the Criminalization of a Generation
http://www.october22.org/ 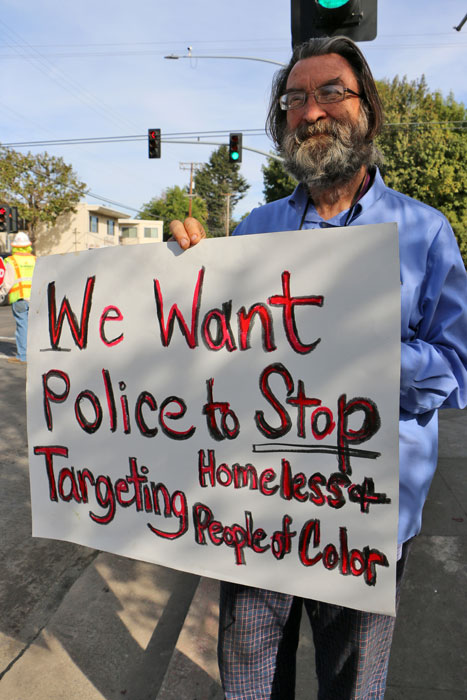 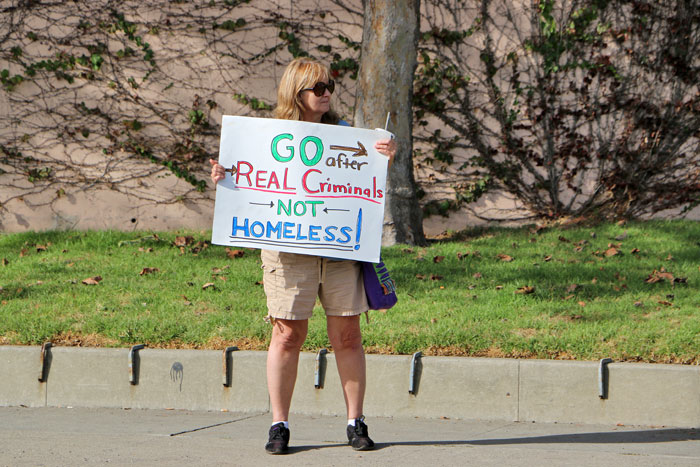 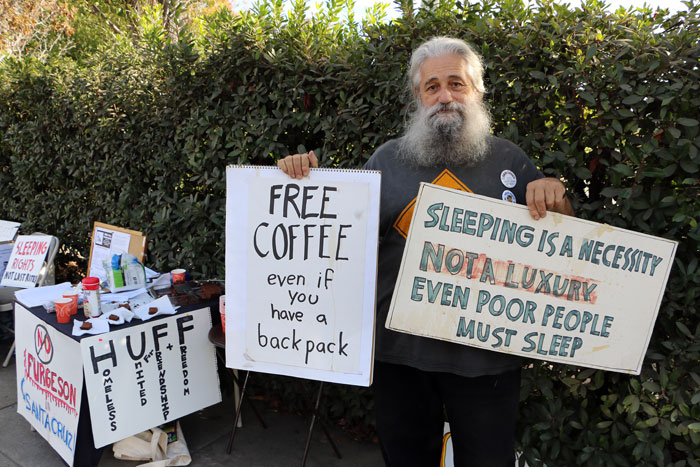 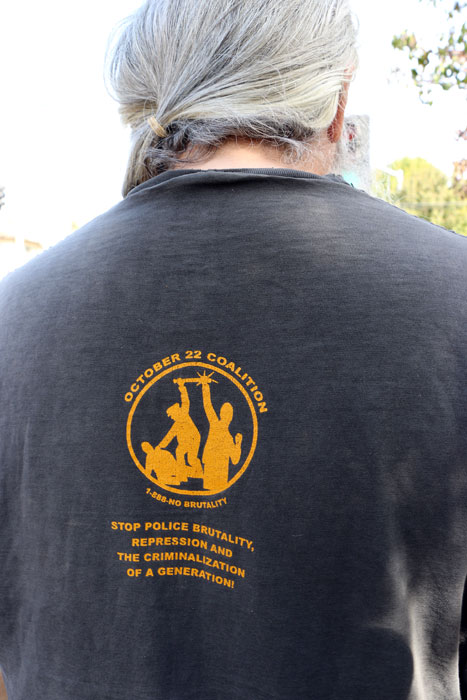 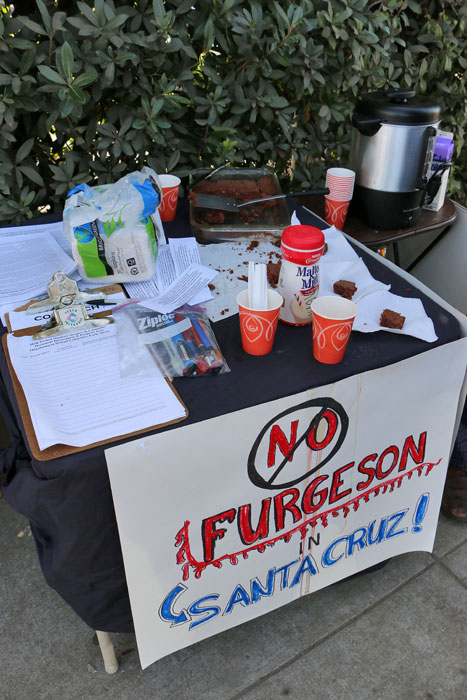 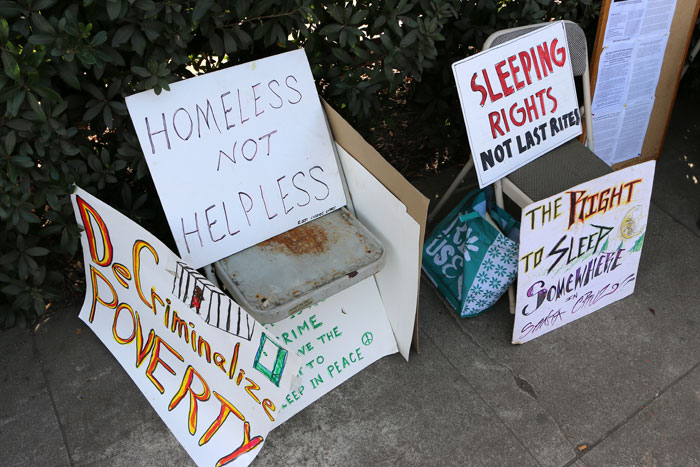 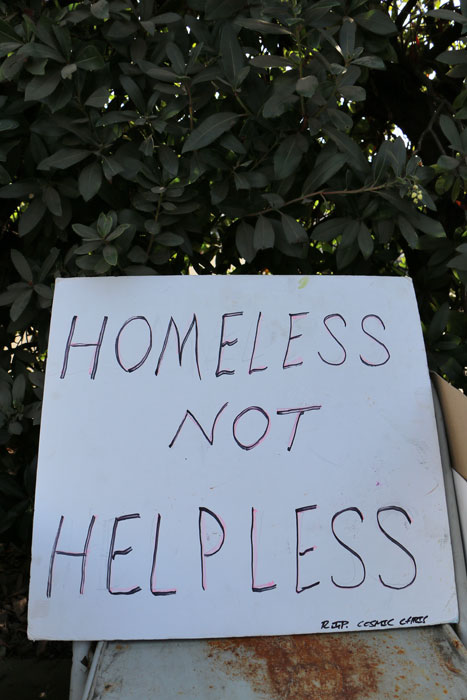 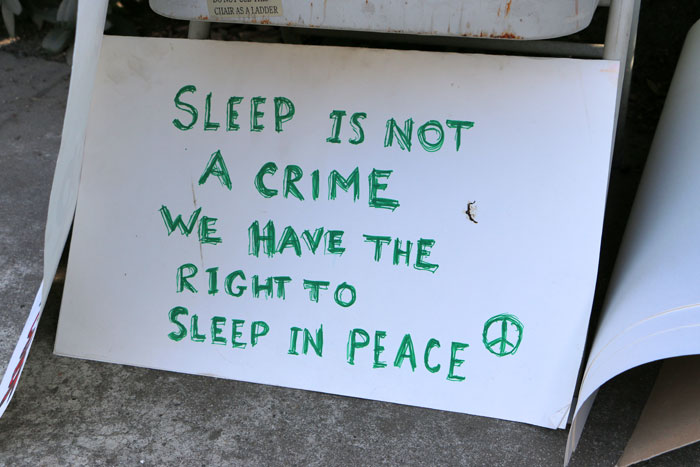 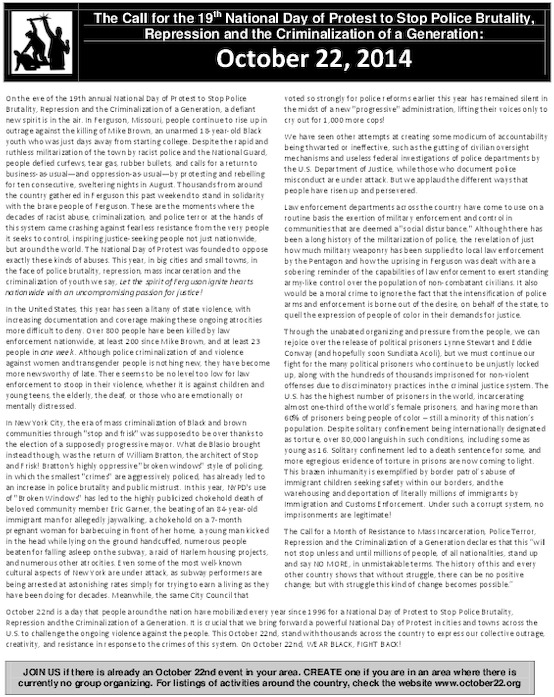 Download PDF (523.4KB)
The Call for the 19th National Day of Protest to Stop Police Brutality, Repression and the Criminalization
From: http://www.october22.org/#call
Add Your Comments
LATEST COMMENTS ABOUT THIS ARTICLE
Listed below are the latest comments about this post.
These comments are submitted anonymously by website visitors.