Add an Event
Newswire
Calendar
Features
Home
Donate
From the Open-Publishing Calendar
From the Open-Publishing Newswire
Indybay Feature
Publish to Newswire
Add an Event
Related Categories: U.S. | Police State & Prisons
Former House oversight staffer hopes to see more "above top secret" releases
by IndyRadio
Wednesday Oct 15th, 2014 8:19 PM
Dianne Roarke has suffered more than a decade of government harassment because she decided to go through channels as a whistleblower when she saw the NSA surveillance take a questionable turn before September 11, 2001. The reports from her and a handful of former NSA employees triggered an investigation that was 90% redacted when it was released in 2005, and in 2007 her house was raided by the FBI. She relates her experience in a presentation from June, 4, 2014 captured on video. 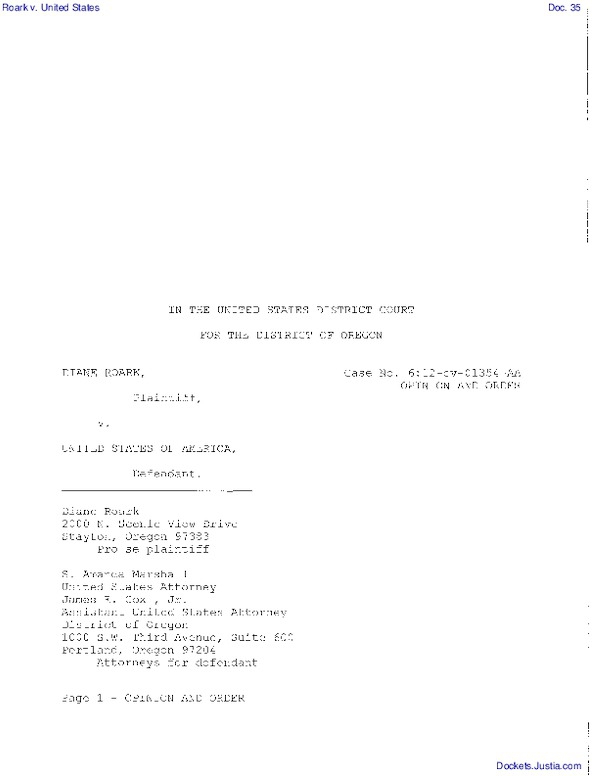 Download PDF (635.8KB)
Dianne Roark still hasn't gotten back her personal desktop computer and other belongings taken from her by more than a dozen FBI agents who raided her home in 2007. (case# 6:2012cv01354, attached) This is the result she got for going through channels as a whistleblower in an attempt to challenge wide ranging surveillance of US citizens and elected officials by the NSA.

Between 1997 and 2001, Diane Roark worked on a legislative staff responsible for oversight of the NSA, and in 2002 turned whistleblower through accepted channels. Roark and her sources (William Binney, Ed Loomis, Kirk Wiebe and Tom Drake) suffer unending retaliation as the result of their efforts. “They want to keep making my life as miserable as they can,” she says. “I think it’s a form of punishment. They wanted to get me. They wanted to get me really badly.” http://www.wweek.com/portland/article-19632-who%E2%80%99s_listening_to_diane_roark.html

This is what we have of a one hour presentation by Diane Roark for the Portland Executive Club meeting June 4, 2014. attached in 2 parts, along with the decision from her court battle for property taken by the FBI when she was raided in 2007.

Near the end of her presentation, Roark says she was hoping that Snowden has seen "Exceptional Classified Information" about the surveillance program which was designed to keep tabs on all government officials, especially those who could decide on policy that affects the NSA. The latest releases at The Intercept have just begun to describe this material.

mp3 files will be available at IndyRadio, the video can be played or downloaded here, and also can be found at You Tube
http://www.youtube.com/watch?v=F5-D_pA5mKQ

The future of radio comes not from the Tower of Corporate Media. It now belongs to us.  bring the ruckus to Facebook:  http://facebook.com/IndyRadio Playlists from Indyradio appear at http://indyradio.nu