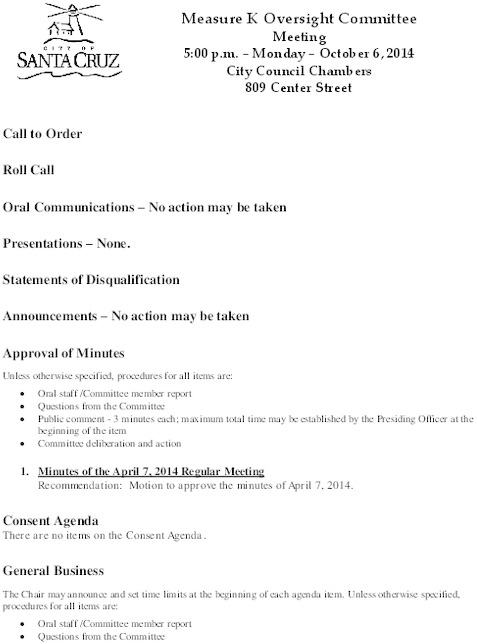 Download PDF (293.1KB)
Public comments is permitted on each agenda item and during oral communications on all items not on the agenda.
§Minutes of Previous Meeting
by Collins (posted by Norse) Sunday Oct 5th, 2014 9:06 PM 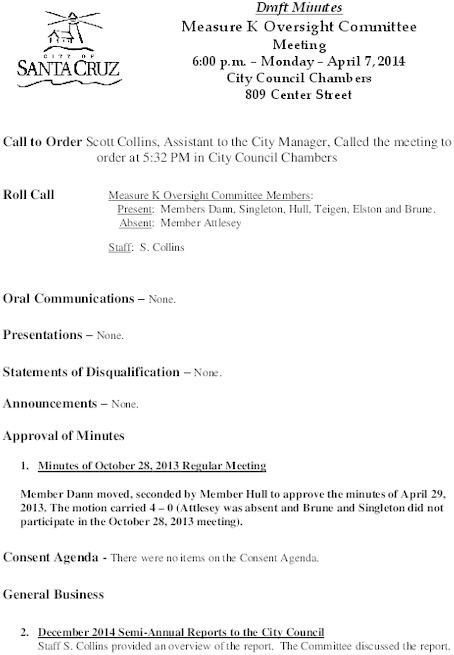 Download PDF (142.0KB)
It is not clear whether these meetings are audio (or video) recorded.
§Staff Report for Upcoming Measure K Meeting and Semi-Annual "Report"
by Scott Collins (posted by Norse) Sunday Oct 5th, 2014 9:10 PM 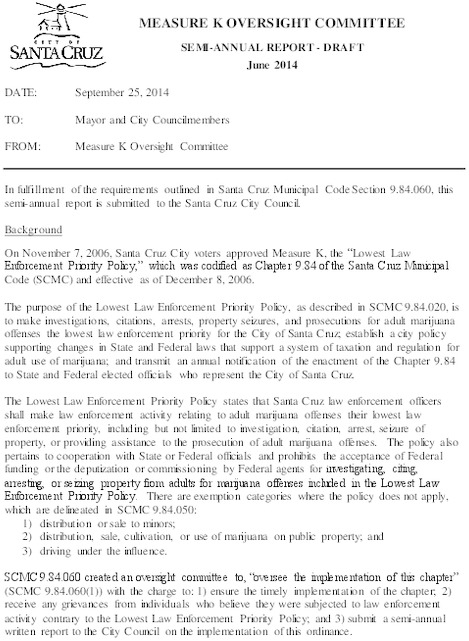 Download PDF (266.7KB)
The "report" relies entirely on the accuracy and honesty of the SCPD. Since the Commission was set up to oversee the SCPD's activities around marijuana arrests, this seems like granting a fox power to count how many chickens are in the henhouse. Note that there are 8 times as many police citations for marijuana as there are calls for service on this issue--indicating a serious police interest in this issue. As with other police departments, whatever the best intentions of some of the officers, it strikes me as likely punitive, prejudicial, and ideological.
Add Your Comments
Support Independent Media
We are 100% volunteer and depend on your participation to sustain our efforts!