Add an Event
Newswire
Calendar
Features
Home
Donate
From the Open-Publishing Calendar
From the Open-Publishing Newswire
Indybay Feature
Publish to Newswire
Add an Event
Related Categories: California | Central Valley | North Coast | Environment & Forest Defense | Government & Elections | Health, Housing & Public Services
Governor signs Chesbro bill to protect fisheries from ‘frankenfish’
by Dan Bacher
Wednesday Oct 1st, 2014 8:44 AM
“As chair of the Legislature’s Joint Committee on Fisheries and Aquaculture since 2010, every year I have authored an ‘omnibus’ bill to protect California fisheries and enhance commercial and sport fishing in the state,” Assemblymember Wesley Chesbro said. “The idea for this year’s bill – to protect our irreplaceable salmon and steelhead fisheries – came out of the annual Fisheries Forum that the Joint Committee hosted at the Capitol earlier this year." 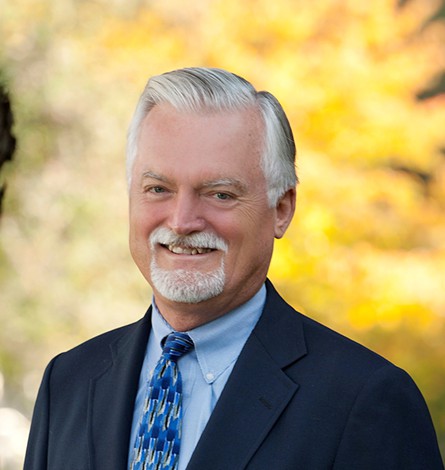 Salmon and steelhead face a lot of problems in California, ranging from the state and federal mismanagement of northern California reservoirs during the record drought to the Governor's plan to build two giant peripheral tunnels under the Delta, but one challenge they won't face here is the threat posed by the commercial hatchery production, cultivation or stocking of transgenic salmonids, or "frankenfish."

A big round of applause goes to Assemblymember Chesbro for sponsoring this bill, as well as being one of two lonely Legislators who voted against the $7.5 billion water bond this year. Chesbro also showed a lot of courage by holding two legislative hearings in 2011 regarding the myriad of problems that Indian Tribes, recreational anglers, commercial fishermen and grassroots environmentalists had with the privately-funded Marine Life Protection Act (MLPA) Initiative to create so-called "marine protected areas" on the North Coast and South Coast.

“I thank Governor Brown for understanding the importance of protecting California wild salmon and steelhead from the threat of transgenic modification,” Chesbro said in a statement. “The U.S. Food and Drug Administration is currently reviewing an application by a company that seeks to produce a farmed salmon in the United States that has been genetically altered to grow faster than native salmon. If these ‘frankenfish’ were to escape into our waters, they could destroy our native salmonid populations through interbreeding, competition for food and the introduction of parasites and disease. The only way to ensure this never happens is to ban commercial hatchery production, cultivation or stocking of transgenic salmonids in California.”

Specifically, AB 504:
• Codifies the regulatory definition of “transgenic.”
• Extends the prohibition of spawning, incubation, or cultivation of transgenic salmonids in the Pacific Ocean to all waters of the state. The hatchery production and stocking of transgenic salmonids would be expressly prohibited.
• Prohibits research or experimentation for the commercial production of transgenic salmonids.
• Authorizes the Department of Fish and Wildlife (DFW) to issue a specified permit for medical or scientific research conducted on transgenic finfish species by accredited California academic institutions or private entities for research only and not for commercial production. DFW is required to notify the Legislature’s Joint Committee on Fisheries and Aquaculture and the California Fish and Game Commission upon receipt of a specified permit application at least 30 days prior to the approval or disapproval of the permit.
• Requires that any research activities be conducted in a closed system that has eliminated the risk of escape of transgenic fish species and any potential disease they may transmit. It also requires a permit application to include a research plan specifying the objectives and goals of the proposed research.

AB 504 also contains language extending the current law regulating sea cucumber fishing permits, which was due to expire in 2015, to 2020.

“As chair of the Legislature’s Joint Committee on Fisheries and Aquaculture since 2010, every year I have authored an ‘omnibus’ bill to protect California fisheries and enhance commercial and sport fishing in the state,” Chesbro said. “The idea for this year’s bill – to protect our irreplaceable salmon and steelhead fisheries – came out of the annual Fisheries Forum that the Joint Committee hosted at the Capitol earlier this year."

"Over the past four decades, this Forum has produced a number of pieces of legislation that have proven to be vital to California’s fisheries. I hosted my last forum in April and this will be my last fisheries bill. It has been an honor and a privilege to work with fishermen and women, organizations dedicated to protecting the state’s fisheries and Native American tribes in the effort to restore and protect this important California resource," said Chesbro.

There was no opposition listed in the Legislature's analysis of the bill.

In related news, Bay Area salmon fishermen announced Tuesday that they will hold a press conference regarding Proposition 1, the State Water Bond, at a San Francisco Bay news conference on Friday, Oct. 3., 10:30 am at Pier 45, Shed D5, San Francisco.