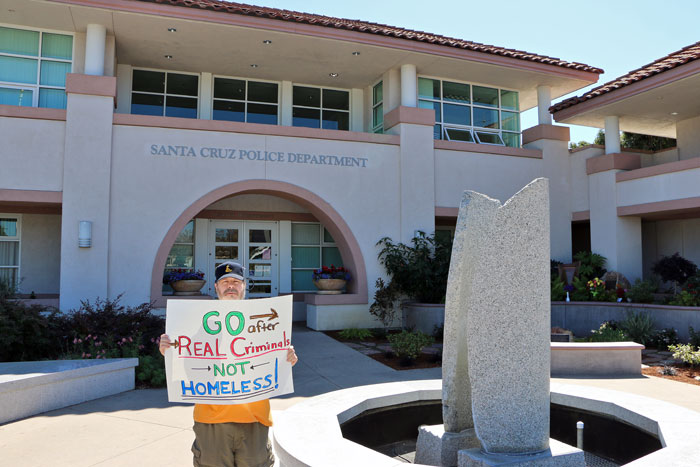 Through a series of California Public Record Act requests, HUFF has obtained a cache of incident reports distilled from citations officer Barnett has written downtown. The group reports, however, that SCPD has required them to inspect the original physical copies of the citations at the station in person if they wish to gather any information concerning the race or ethnicity of the individuals targeted for enforcement, and that those citations are not ready to be viewed yet.

To raise more awareness about this issue, and to pressure the Santa Cruz Police Department to release the information about Barnett's law enforcement practices more promptly, HUFF held a demonstration outside of the police station on September 17.

The station, located on Center Street, is a hub of activity with officers constantly arriving and departing in patrol vehicles. Demonstrators with HUFF shouted out to communicate to the SCPD officers, and they physically oriented their protests signs so that officers could read them.

HUFF offered those passing by the demonstration free coffee and chocolate brownies on a table, which also displayed protest signs that read, "No Ferguson in Santa Cruz" and "Decriminalize Poverty."

Many cars driving by honked in support of the demonstrators and gave them thumbs up sign. Others jeered, and some flipped the group the "birdie."

Robert Norse, the founder of HUFF, initiated a "Too many cops in Santa Cruz" chant, and a man in a car yelled out in response, "Yes, I know!"

Another demonstrator chanted repeatedly, "Go after the real criminals. not after the homeless. The police must protect and serve." 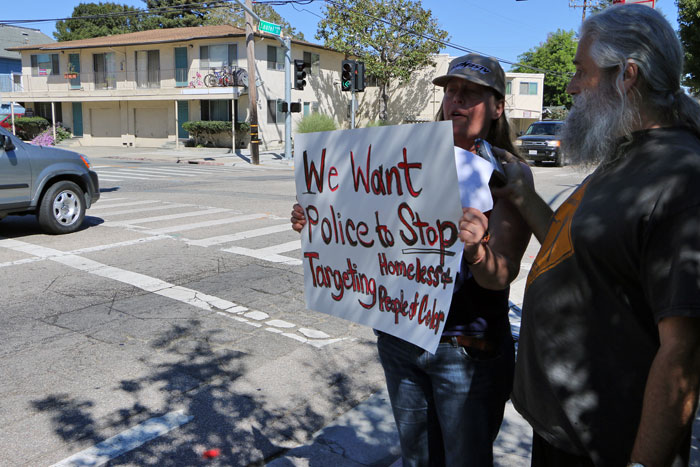 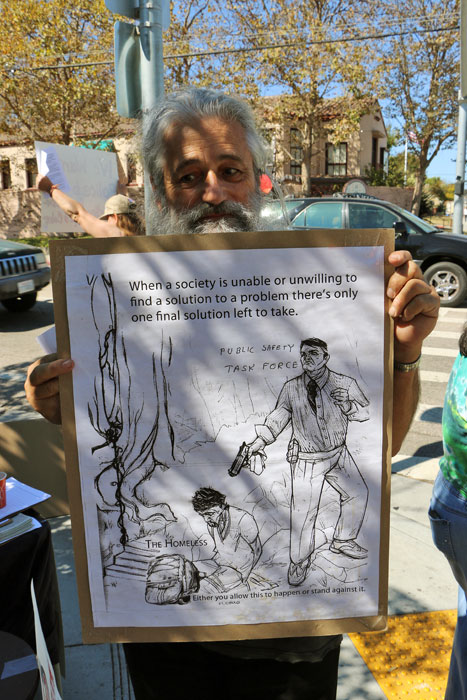 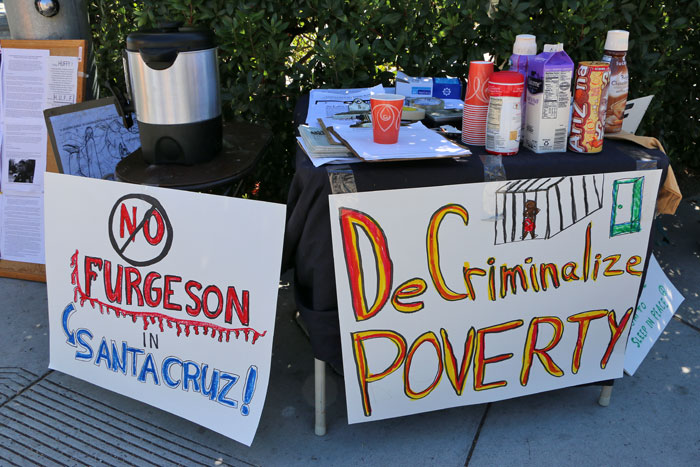 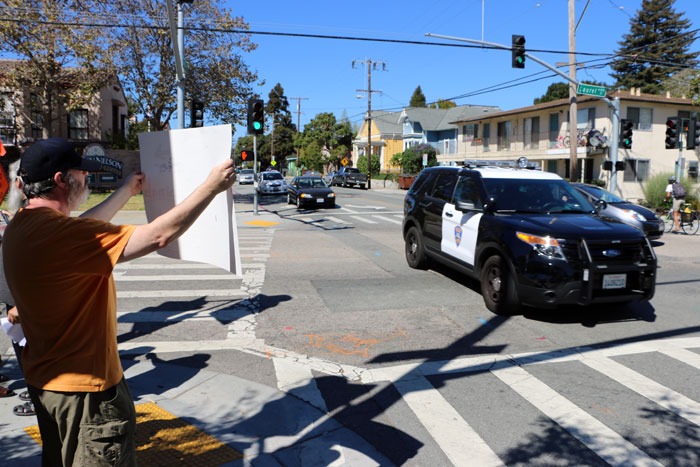 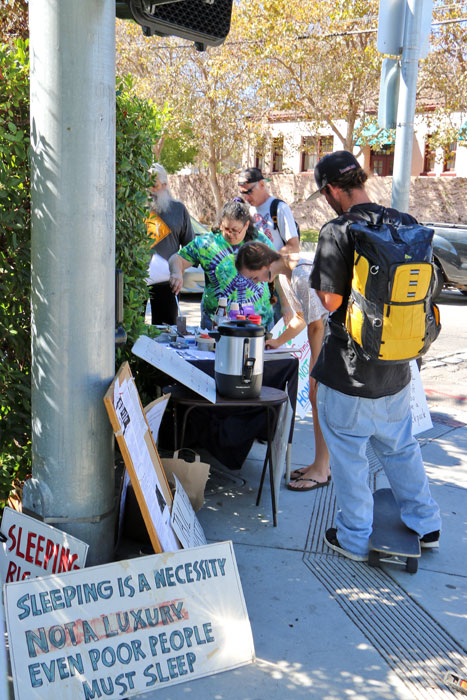 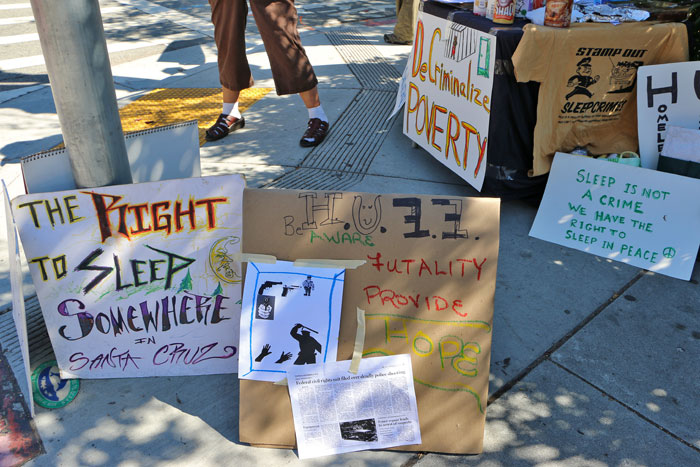 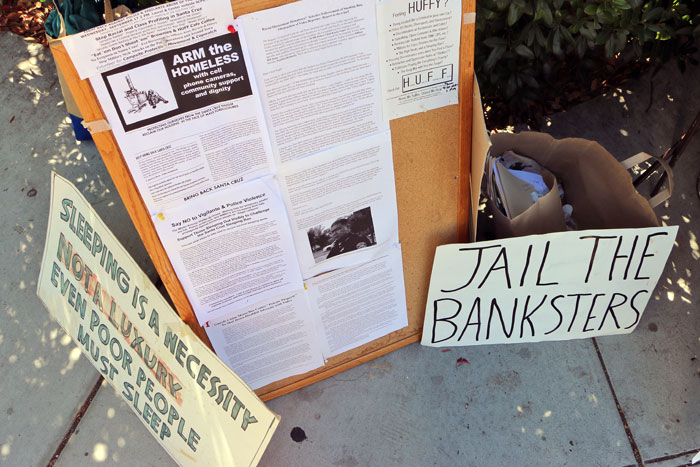 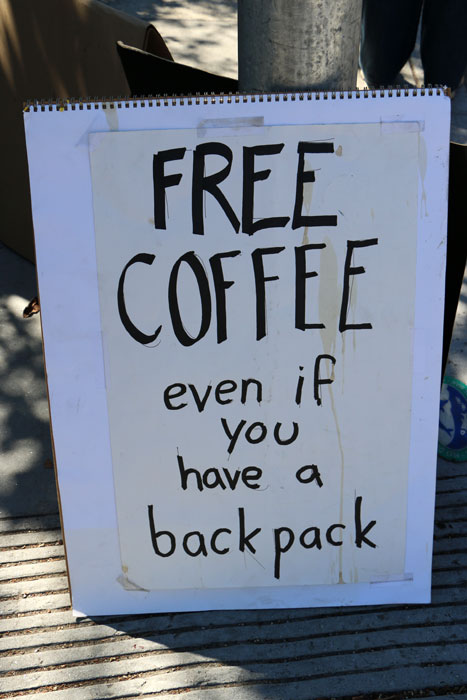 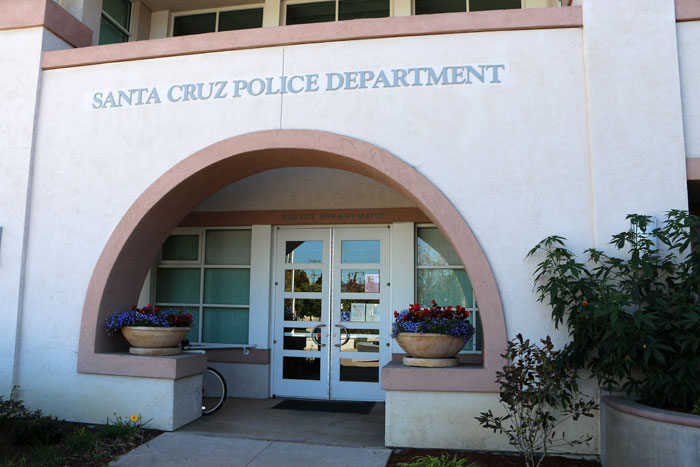 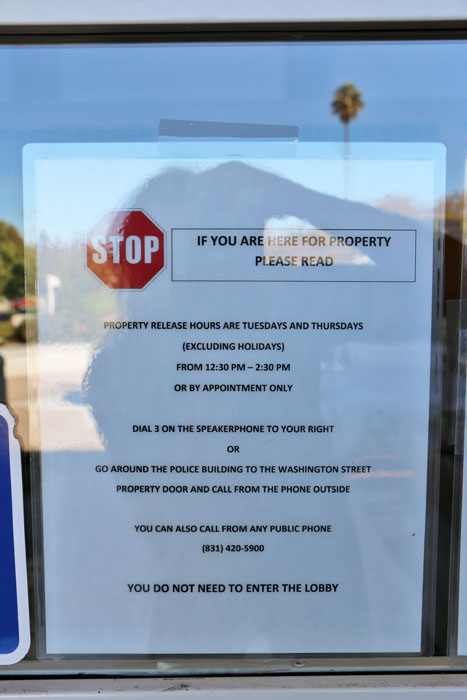 Instructions for Homeless people on how to retrieve seized property are located on the front door of the police department's lobby.
Add Your Comments
LATEST COMMENTS ABOUT THIS ARTICLE
Listed below are the latest comments about this post.
These comments are submitted anonymously by website visitors.