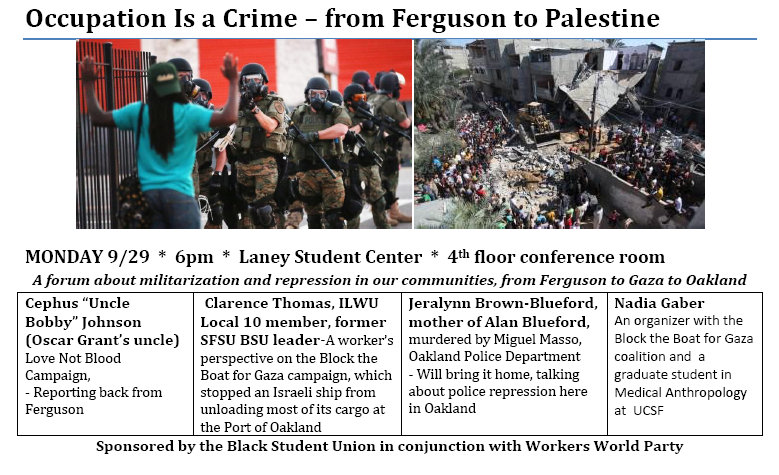 - “Uncle Bobby” Cephus Johnson (Oscar Grant’s uncle), reporting back from Ferguson
- Clarence Thomas, ILWU Local 10 member, former SFSU BSU leader, with a worker’s perspective on the Block the Boat for Gaza campaign, which stopped an Israeli Zim ship from unloading most of its cargo at the Port of Oakland
- Jeralynn Brown-Blueford, mother of Alan Blueford, murdered by Miguel Masso, Oakland Police Department, will bring it home, talking about police repression here in Oakland
- Nadia Gaber, a graduate student in Medical Anthropology at UCSF and an organizer with the Block the Boat for Gaza coalition.
Sponsored by the Laney Black Student Union in conjunction with Workers World Party
https://www.facebook.com/events/6648300002...
Add Your Comments
Support Independent Media
We are 100% volunteer and depend on your participation to sustain our efforts!