Add an Event
Newswire
Calendar
Features
Home
Donate
From the Open-Publishing Calendar
From the Open-Publishing Newswire
Indybay Feature
Publish to Newswire
Add an Event
Related Categories: Santa Cruz Indymedia | U.S. | Police State & Prisons | Racial Justice
Santa Cruz Rally and March in Solidarity with the People of Ferguson
by Alex Darocy (alex [at] alexdarocy.com)
Thursday Aug 21st, 2014 2:44 PM
A rally and march in solidarity with the people of Ferguson, Mo. was held in downtown Santa Cruz on August 17. On August 9, Ferguson police officer Darren Wilson shot and killed 18-year-old Michael Brown in broad daylight in front of numerous witnesses. Michael was reportedly unarmed and holding his hands up while attempting to surrender, saying "don't shoot" when he was gunned down. Since that time, protests in support of justice for the Missouri teenager have erupted all over the world. 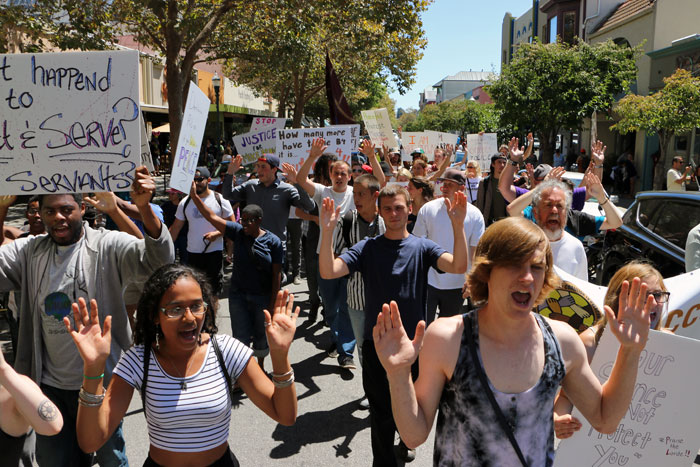 Community members in Santa Cruz marched from the Louden Nelson Center down Pacific Avenue to the Town Clock where a rally was held.

"Staying contained and silent must end. It is time for American civil societies to rise up, in SOLIDARITY, and express our outrage for the dominating modes of power that enable racism, inequality, and impunity. We must come together in order to resist the complacency and complicity that allows these injustices to persist," read an announcement for the rally, which also communicated the following demands:

-equal representation for: women, people of color, the poor and homeless, the LBGT community and the disabled.
-an end to racial profiling
-transparency and accountability
-the funding of schools, not jails or war

AND WE DEMAND JUSTICE! 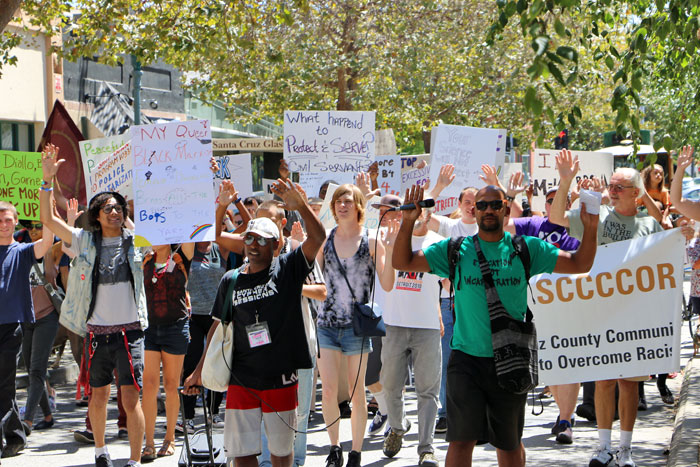 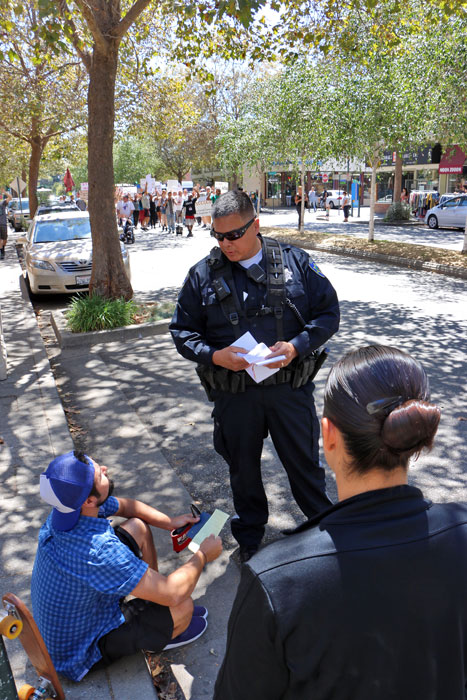 Bill Azua of the Santa Cruz Police Department was giving a person a citation for skateboarding as the march made its way down Pacific Avenue.
§
by Alex Darocy Thursday Aug 21st, 2014 2:44 PM 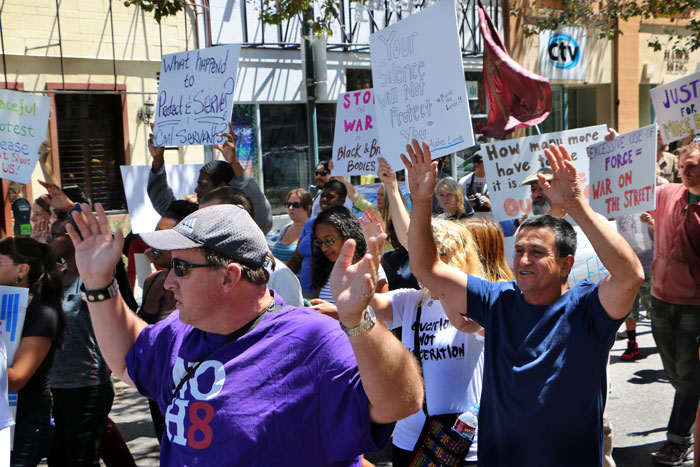 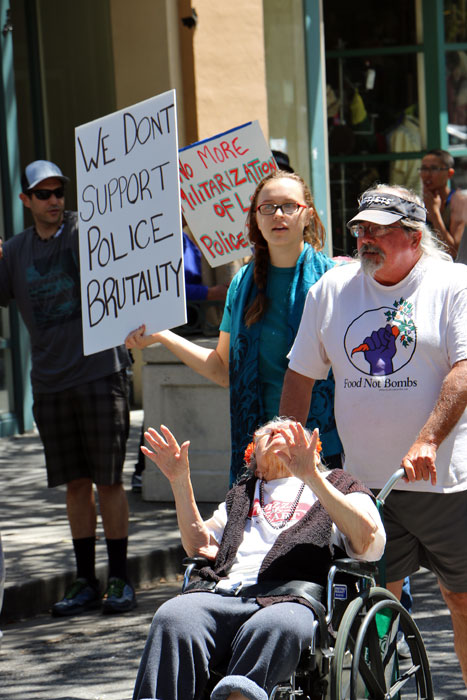 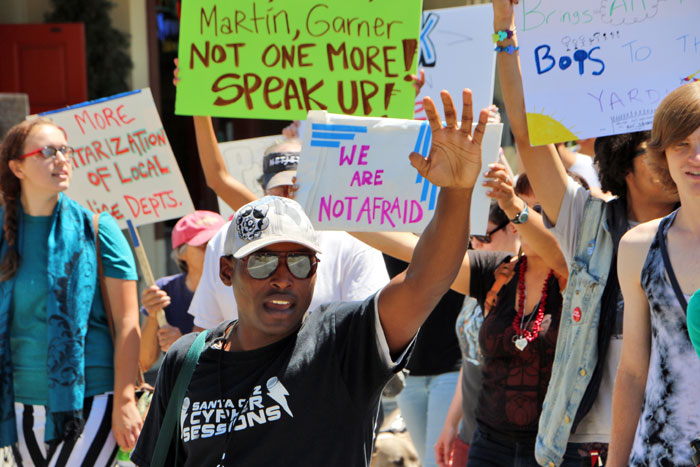 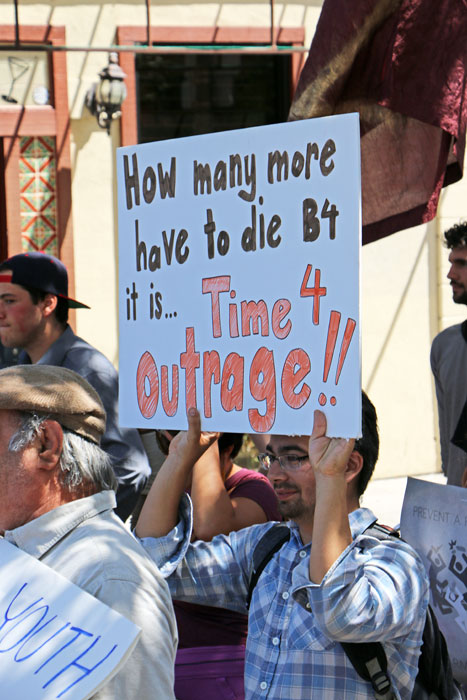 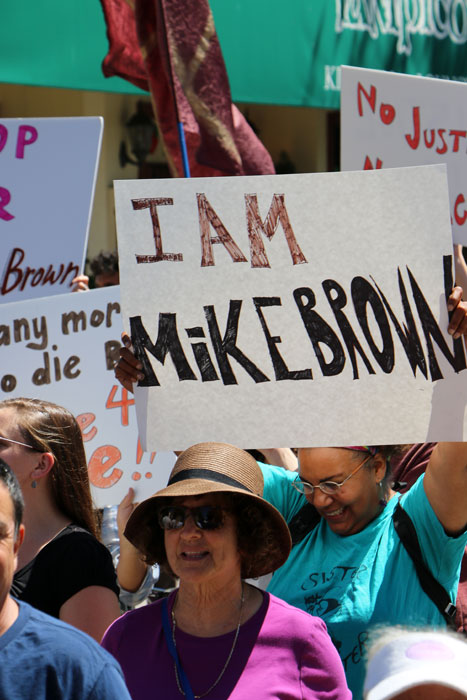 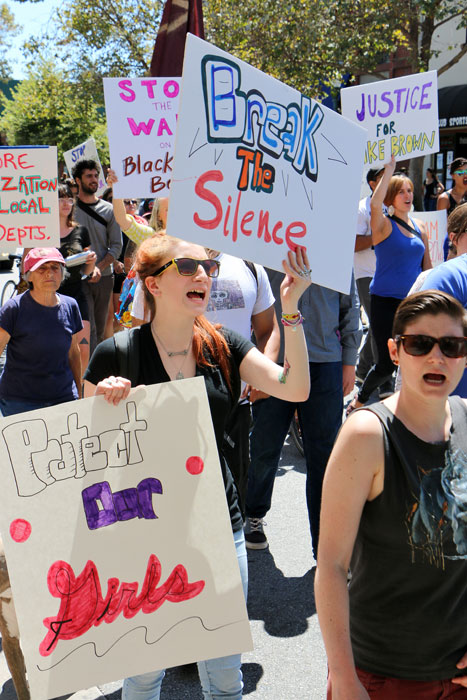 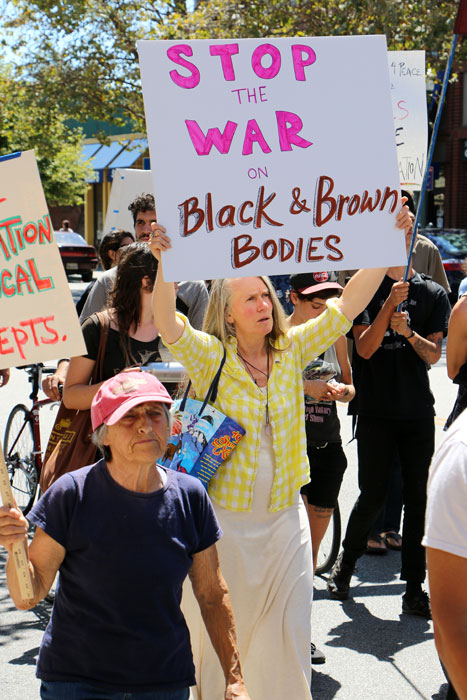 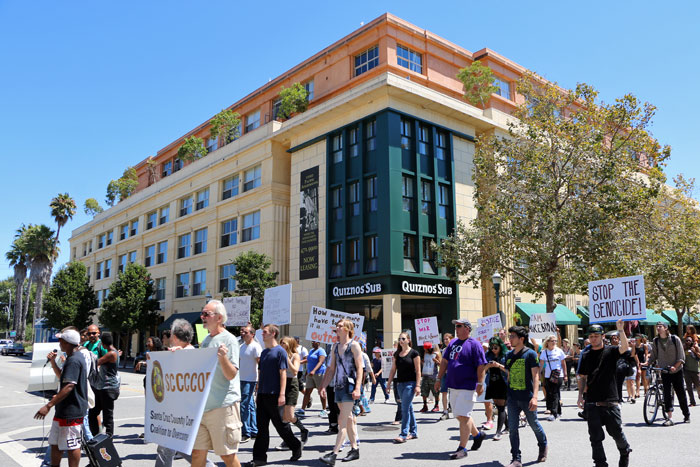 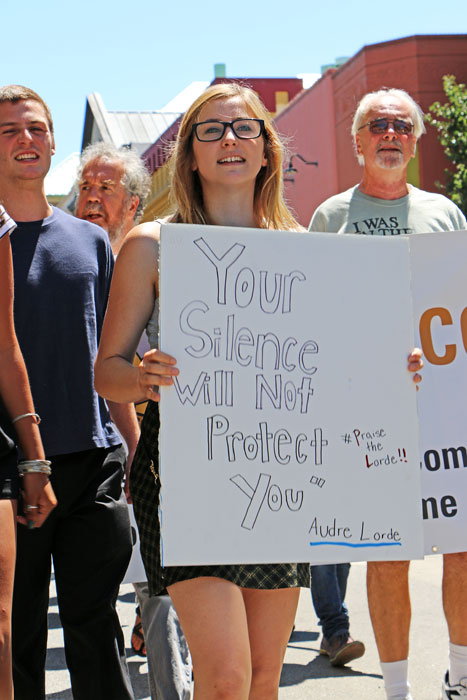 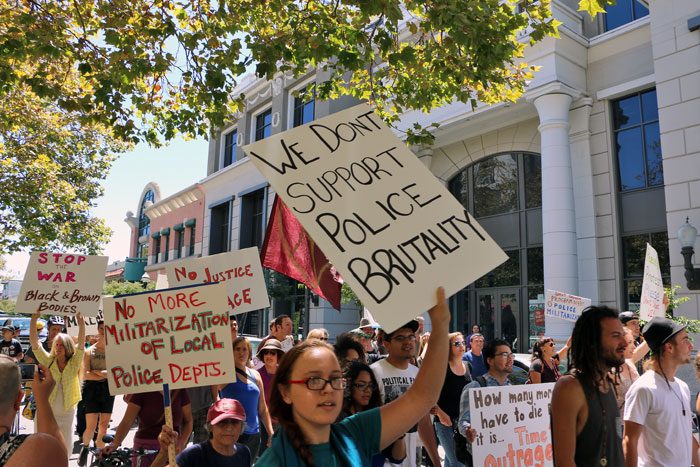 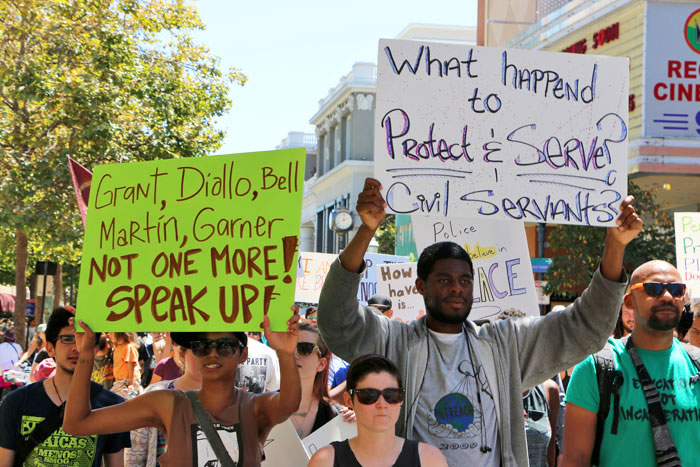 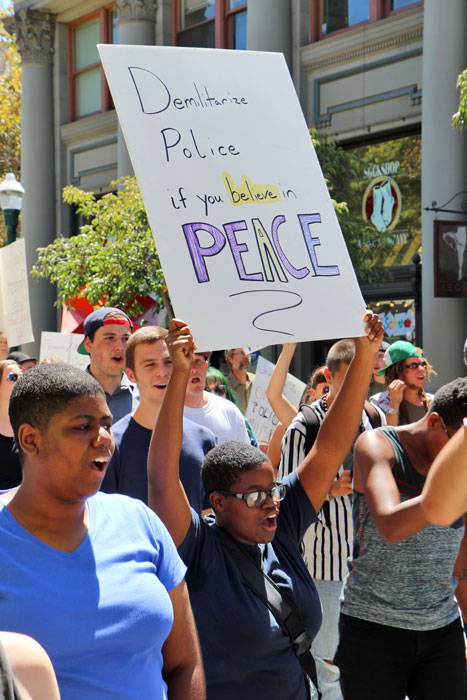 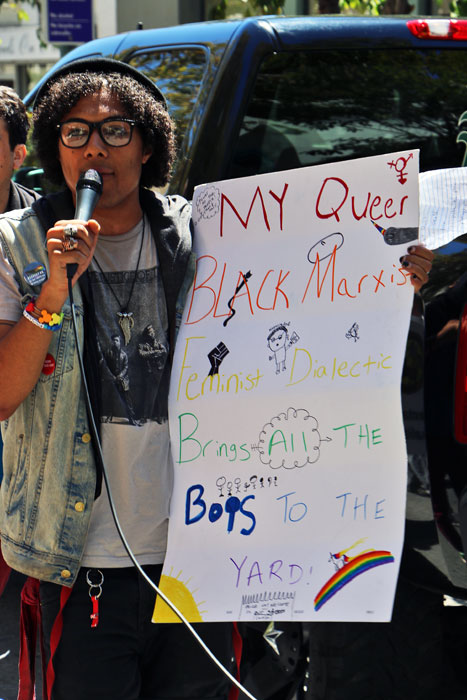 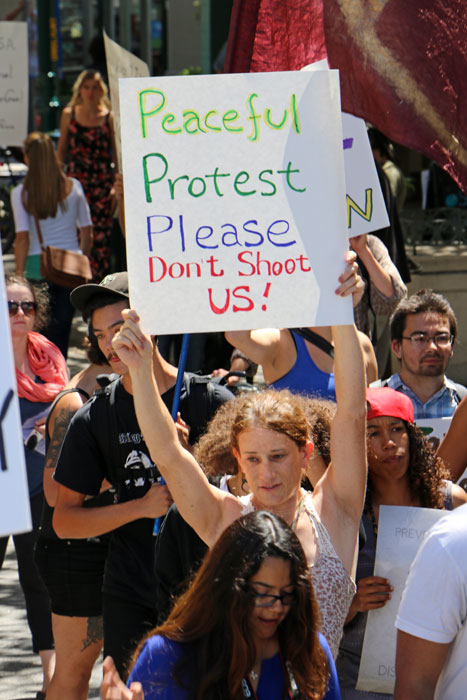 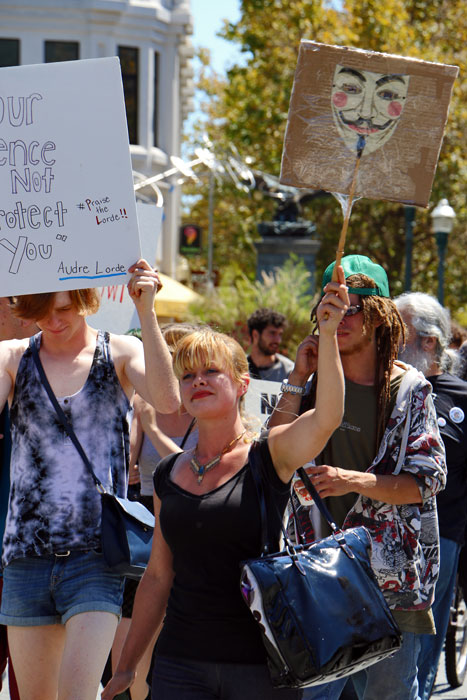 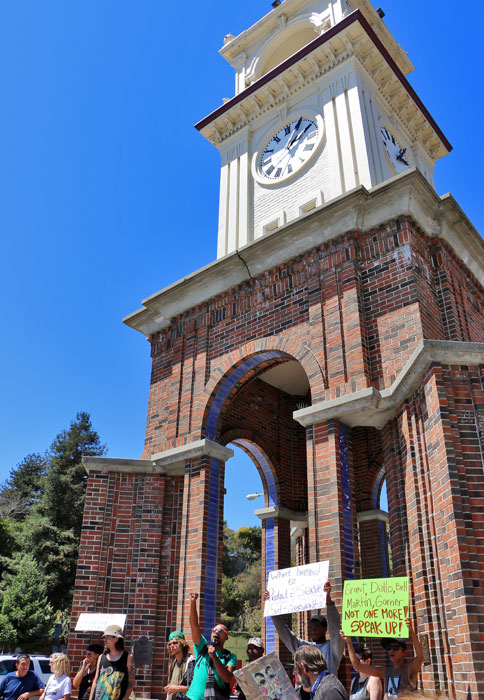 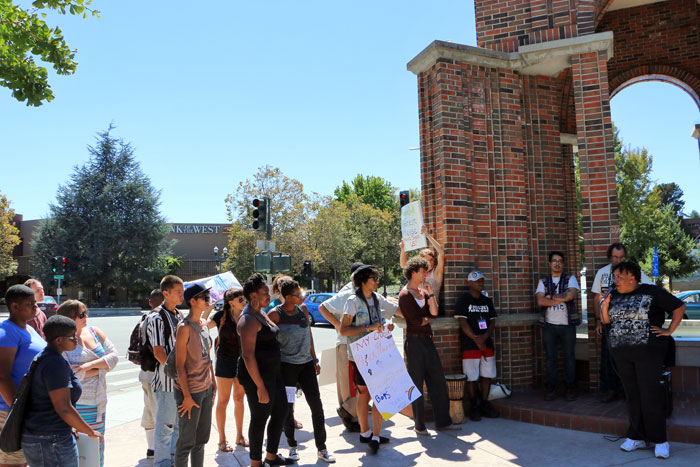 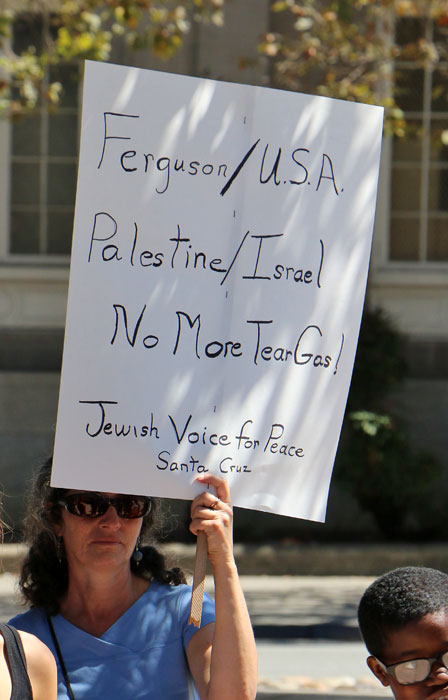 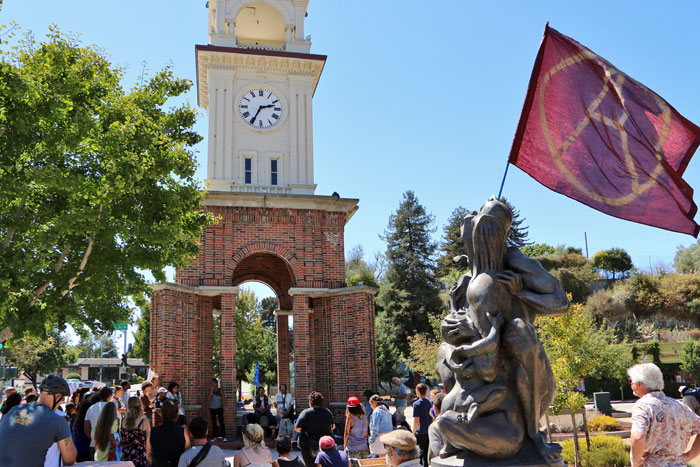 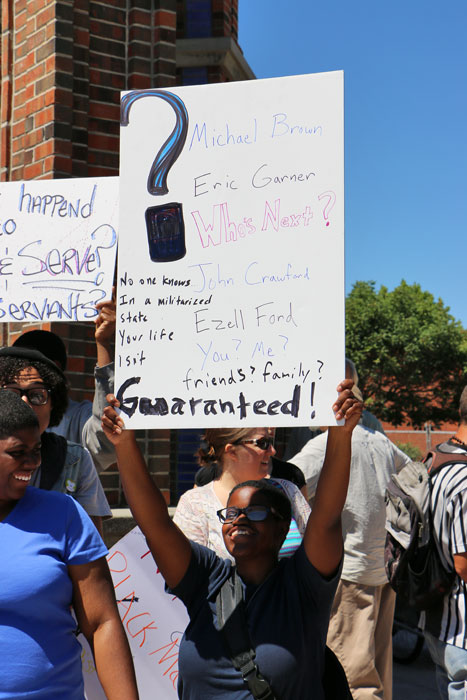 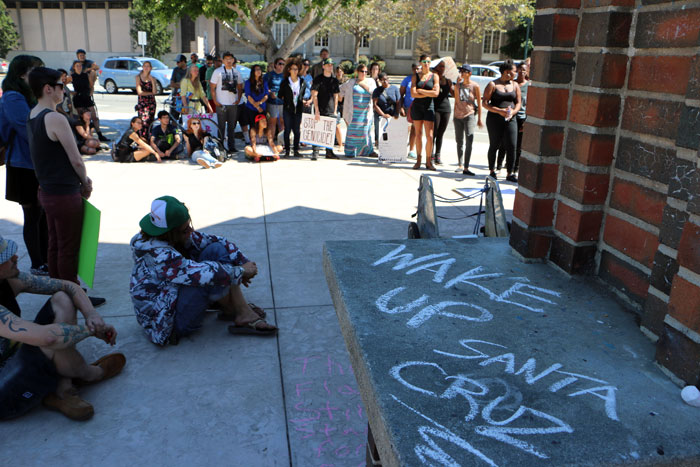 Ferguson Solidarity March
Add Your Comments
Support Independent Media
We are 100% volunteer and depend on your participation to sustain our efforts!