Add an Event
Newswire
Calendar
Features
Home
Donate
From the Open-Publishing Calendar
From the Open-Publishing Newswire
Indybay Feature
Publish to Newswire
Add an Event
Related Categories: South Bay | U.S. | Police State & Prisons | Racial Justice
"Hands Up" in San José: Marching for Michael Brown
by Alex Darocy
Monday Aug 18th, 2014 3:51 PM
In solidarity with the people of Ferguson, Mo. and for justice for Michael Brown, community members in San José marched around the downtown area on August 17. The group chanted "Hands Up, Don't Shoot" as they marched, and after arriving at Cesar Chavez Plaza, individuals used chalk on the sidewalk to express themselves further. 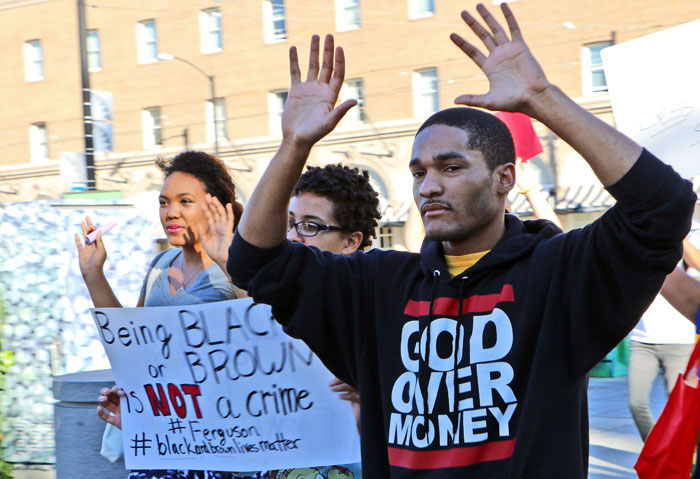 Marchers also chanted "Being Black and Being Brown is Not A Crime, So Don't Shoot," and "These Racist Pigs Have Got to Go, Hey Hey, Ho, Ho."

Parallels were made between Ferguson and Gaza, with several demonstrators holding signs on the subject. At one point many were chanting, "From Ferguson to Gaza, Fuck the Policia," while they marched.

One demonstrator communicated specific demands by holding a sign listing the five "action items" related to police reform put forth by 5actionitems.com:

1. The shooting and killing of an unarmed citizen who does not have an outstanding warrant for a violent crime should be a federal offense.

2. Choke holds and chest compressions by police (what the coroner lists as the official cause of death for Eric Garner) should be federally banned.

3. All police officers must wear forward-facing body cameras while on duty. They cost just $99 and are having a significant, positive impact in several cities around the United States and the world.

4. Suspensions for violations of any of the above offenses should be UNPAID.

5. Convictions for the above offenses should have their own set of mandatory minimum penalties. The men who killed Diallo, Bell, Grant, Carter, Garner, and others all walk free while over 1,000,000 non violent offenders are currently incarcerated in American prisons. 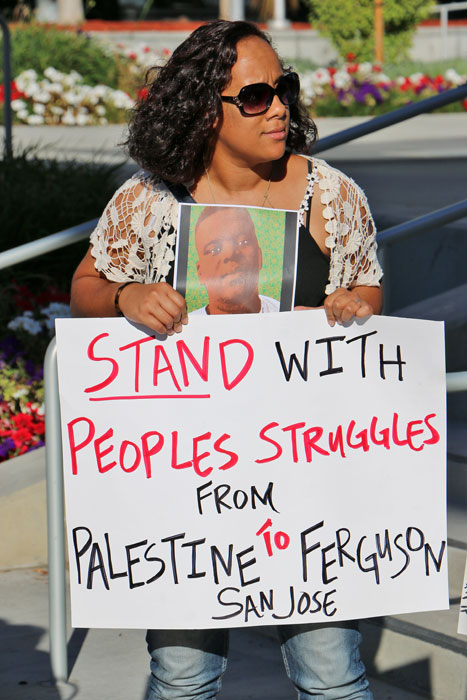 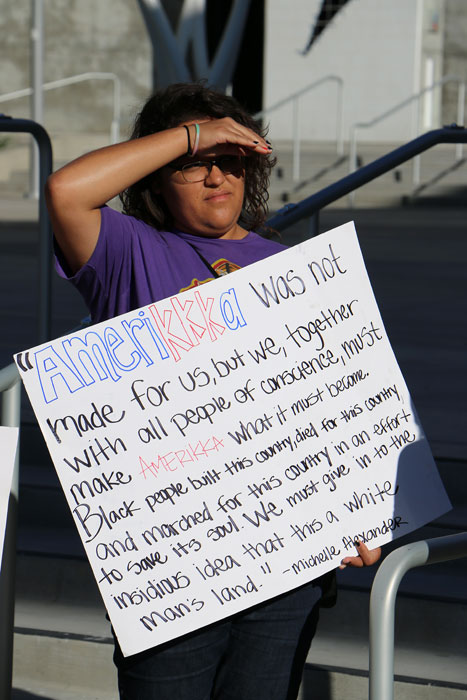 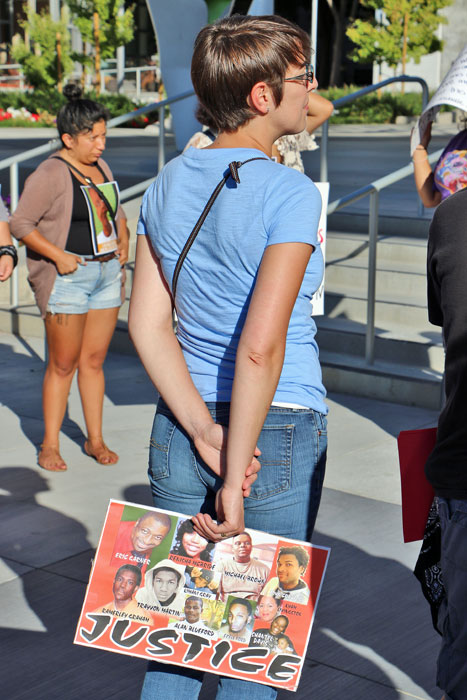 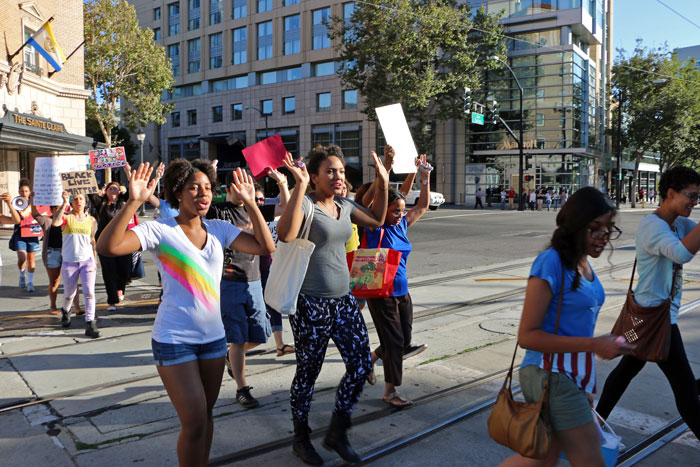 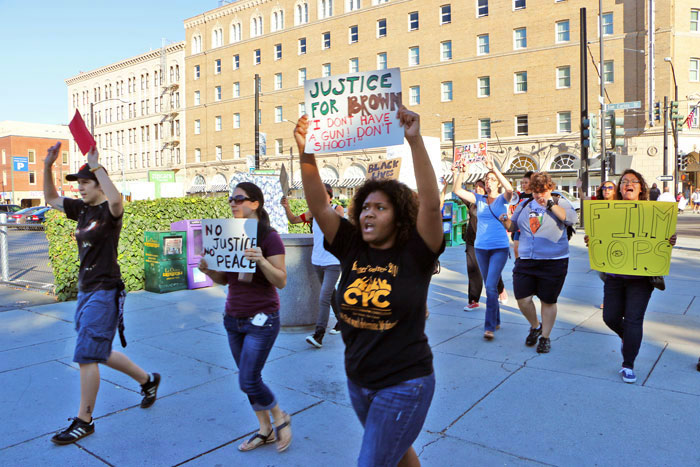 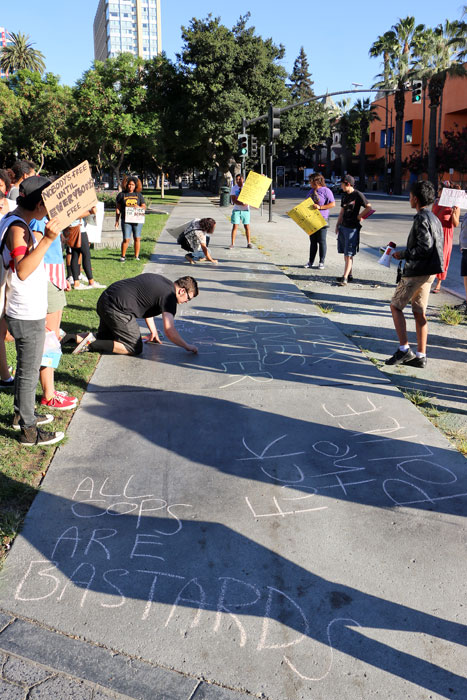 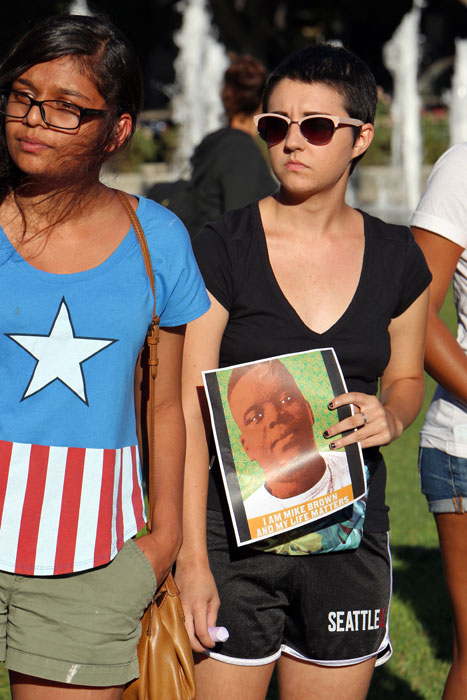 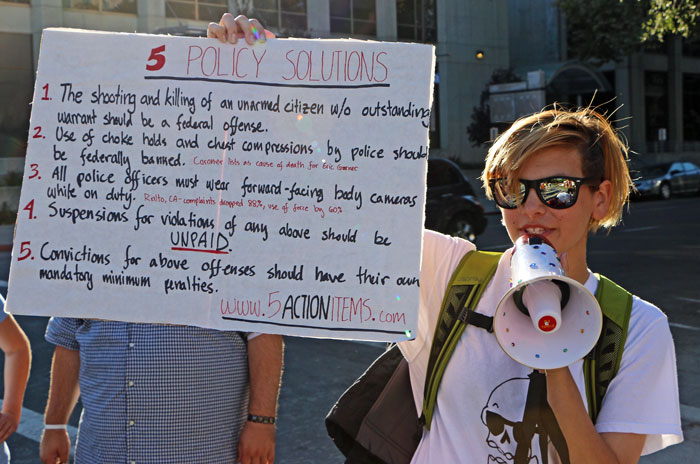 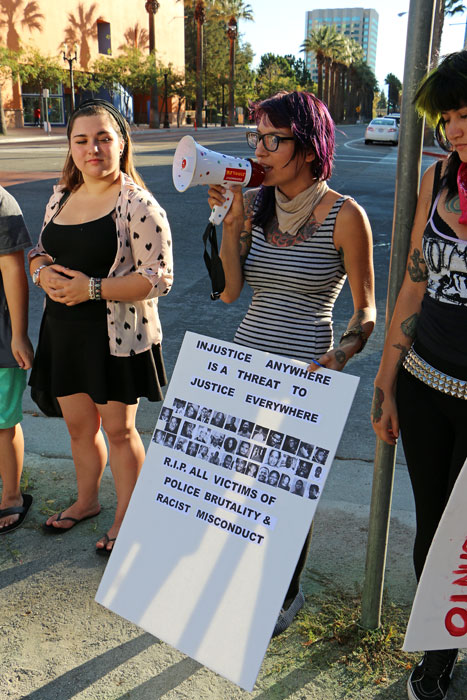 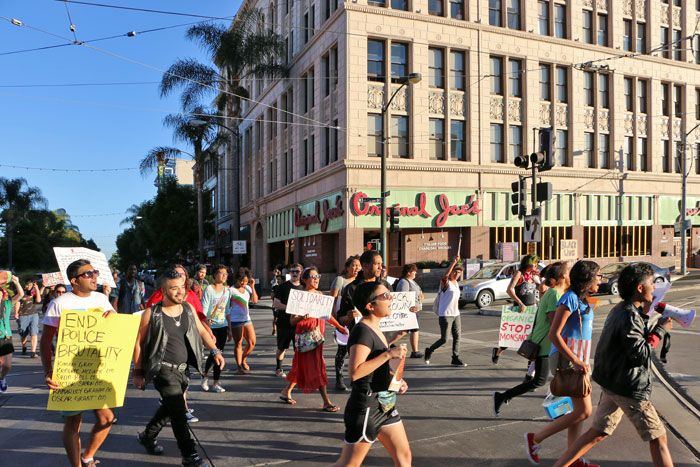 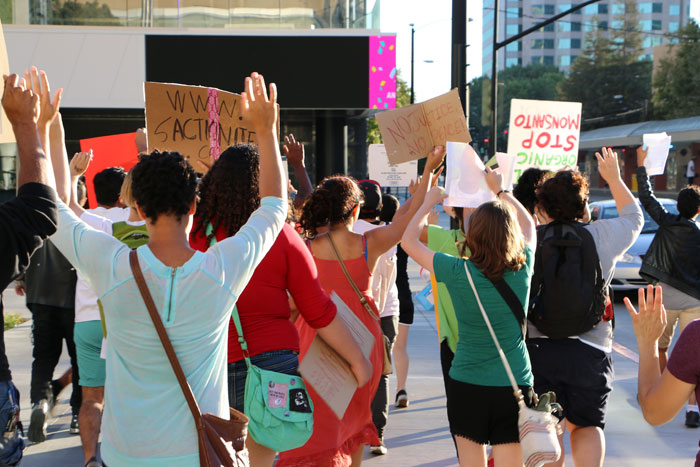 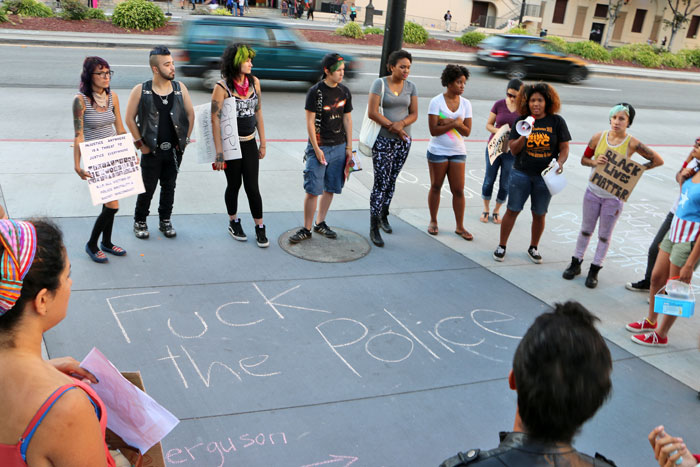 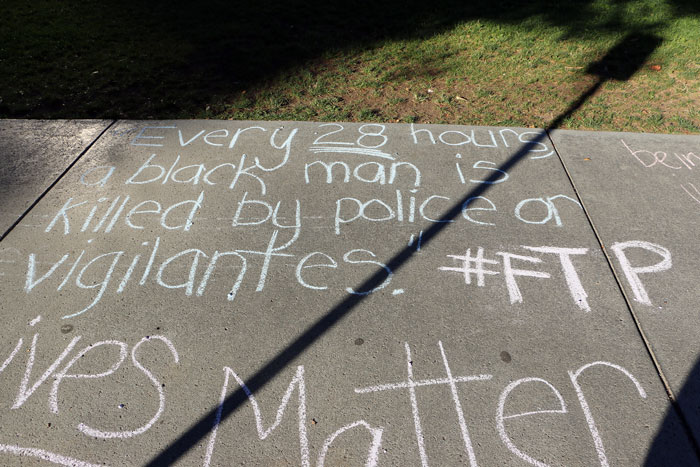 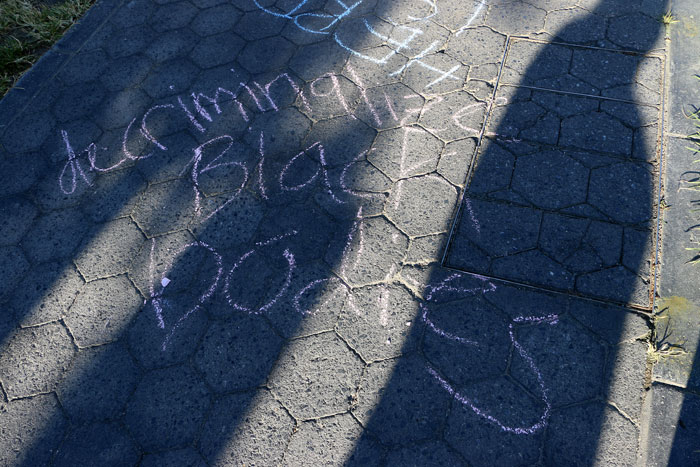 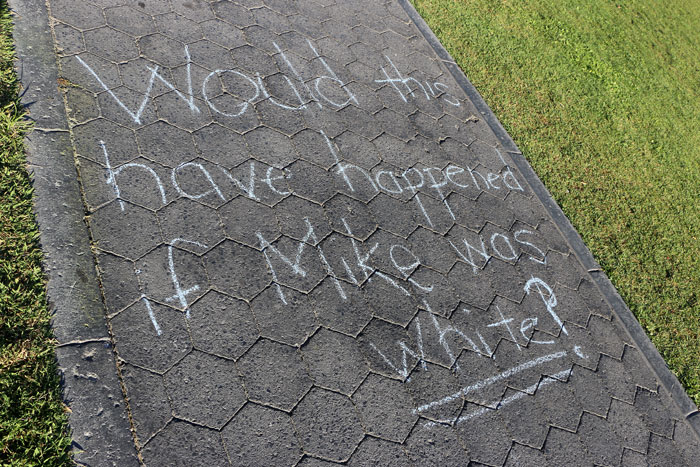 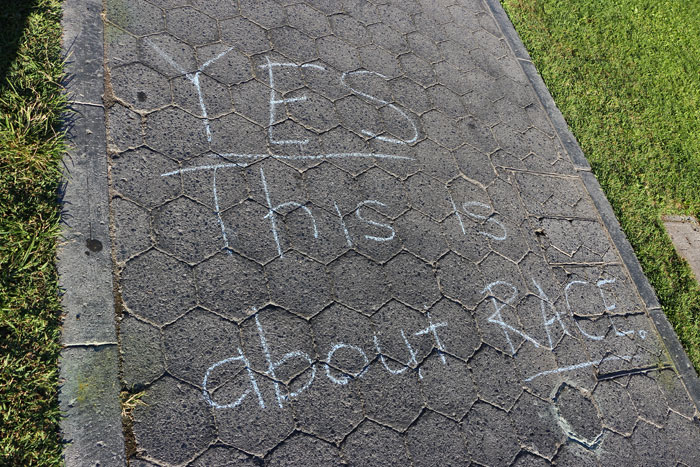 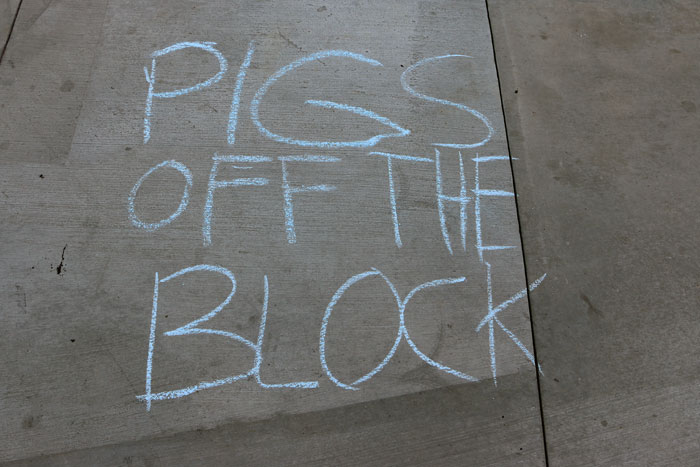 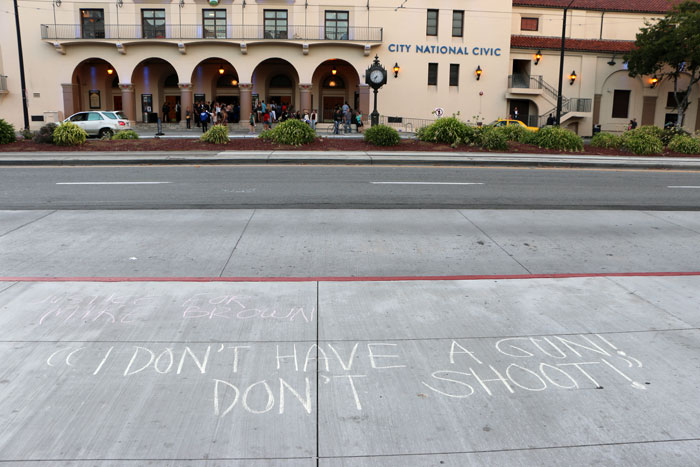 "I Don't Have A Gun! Don't Shoot!"
Add Your Comments