Add an Event
Newswire
Calendar
Features
Home
Donate
From the Open-Publishing Calendar
From the Open-Publishing Newswire
Indybay Feature
Publish to Newswire
Add an Event
Related Categories: Palestine | Santa Cruz Indymedia | Anti-War
Santa Cruz Activists Have Protested Regularly Since the Assault on Gaza Began
by Alex Darocy (alex [at] alexdarocy.com)
Thursday Aug 14th, 2014 3:54 PM
August 11 marked the fifth consecutive Monday evening protest held at the Santa Cruz Town Clock for the people of Gaza, since Israel began the attacks on July 8. A number of other demonstrations opposing Israel's attacks on the Palestinian people have been held in Santa Cruz as well, and community members continue to organize against the atrocities. On Saturday, some are making the trip up to the Oakland port early in the morning to help block the incoming Israeli ZIM ship, to prevent it from unloading its cargo, and another protest in Santa Cruz is planned for 1pm at the Town Clock. 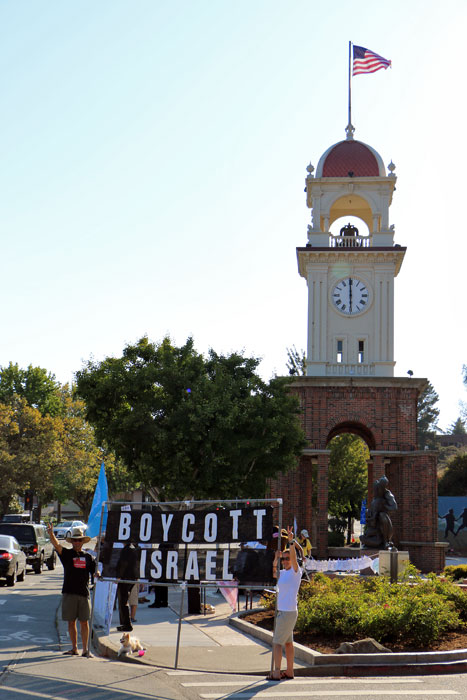 On August 11, as with previous demonstrations, community members displayed the names of those killed in Gaza.

One sign read, "There is a solution - Boycott, Divestment, & Sanctions," and it described how products produced in Israel could be easily identified for boycott, as they have the numbers "729" at the bottom of the barcodes on their packaging. The sign also displayed a small list of companies to boycott, which included Hewlett Packard, Tribe All Natural Hummus, Johnson & Johnson, Victoria's Secret, Caterpillar, Coca-Cola, Motorola, SodaStream, Northrop Grumman, and Sabra.

The campaign for boycotts, divestment and sanctions (BDS) is described on the website of the Palestinian BDS National Committee (BNC), which is a wide coalition of the largest Palestinian organizations, trade unions, networks and NGOs.

The call urges various forms of boycott against Israel until it meets its obligations under international law by:

* Ending its occupation and colonization of all Arab lands occupied in June 1967 and dismantling the Wall;
* Recognizing the fundamental rights of the Arab-Palestinian citizens of Israel to full equality; and
* Respecting, protecting and promoting the rights of Palestinian refugees to return to their homes and properties as stipulated in UN Resolution 194.

According to the BNC website, the BDS call has been endorsed by over 170 Palestinian political parties, organizations, trade unions and movements, and the signatories represent the refugees, Palestinians in the Occupied Palestinian Territories (OPT), and Palestinian citizens of Israel.

The term "Boycotts, Divestment, and Sanctions" is described as follows:

"Boycotts target products and companies (Israeli and international) that profit from the violation of Palestinian rights, as well as Israeli sporting, cultural and academic institutions. Anyone can boycott Israeli goods, simply by making sure that they don’t buy produce made in Israel or by Israeli companies. Campaigners and groups call on consumers not to buy Israeli goods and on businesses not to buy or sell them.

"Israeli cultural and academic institutions directly contribute to maintaining, defending or whitewashing the oppression of Palestinians, as Israel deliberately tries to boost its image internationally through academic and cultural collaborations. As part of the boycott, academics, artists and consumers are campaigning against such collaboration and ‘rebranding’. A growing number of artists have refused to exhibit or play in Israel."

"Divestment means targeting corporations complicit in the violation of Palestinian rights and ensuring that the likes of university investment portfolios and pension funds are not used to finance such companies. These efforts raise awareness about the reality of Israel’s policies and encourage companies to use their economic influence to pressure Israel to end its systematic denial of Palestinian rights."

"Sanctions are an essential part of demonstrating disapproval for a country’s actions. Israel’s membership of various diplomatic and economic forums provides both an unmerited veneer of respectability and material support for its crimes. By calling for sanctions against Israel, campaigners educate society about violations of international law and seek to end the complicity of other nations in these violations." 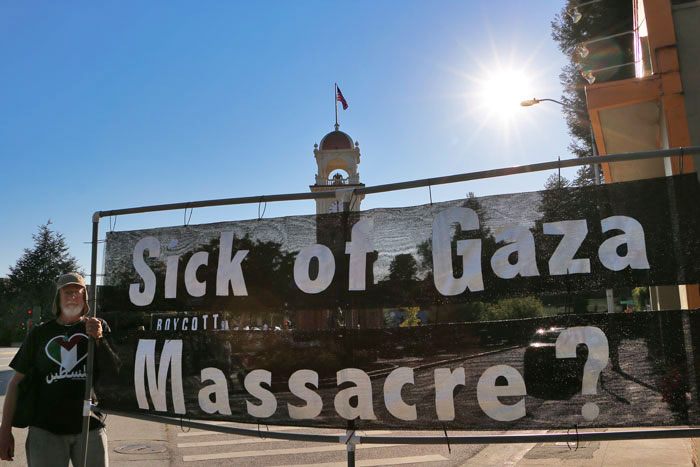 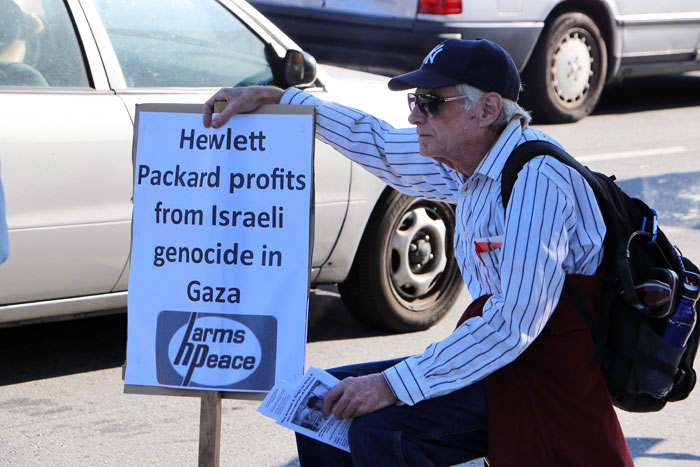 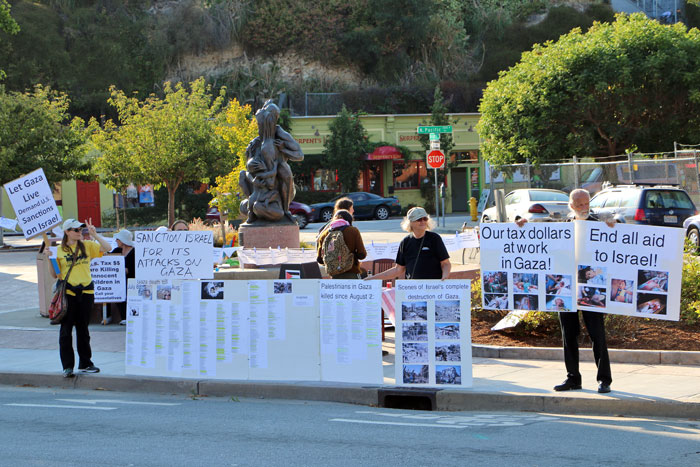 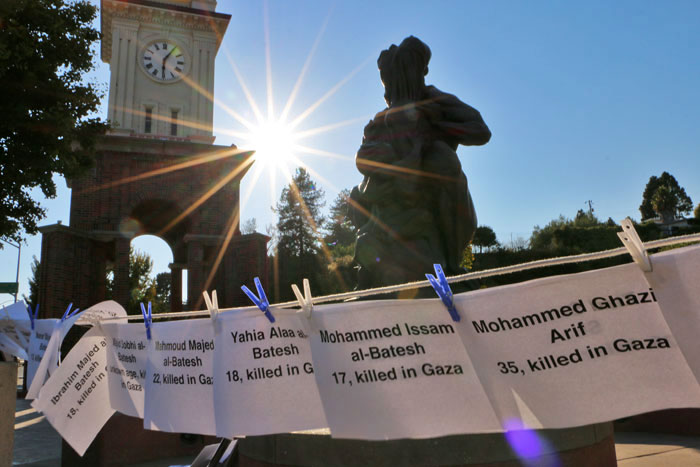 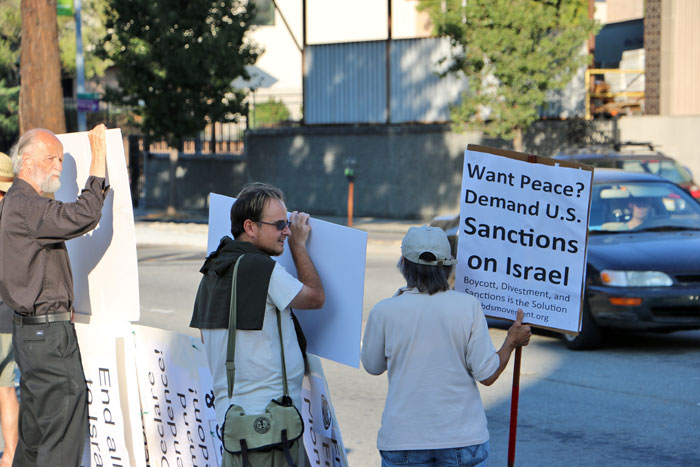 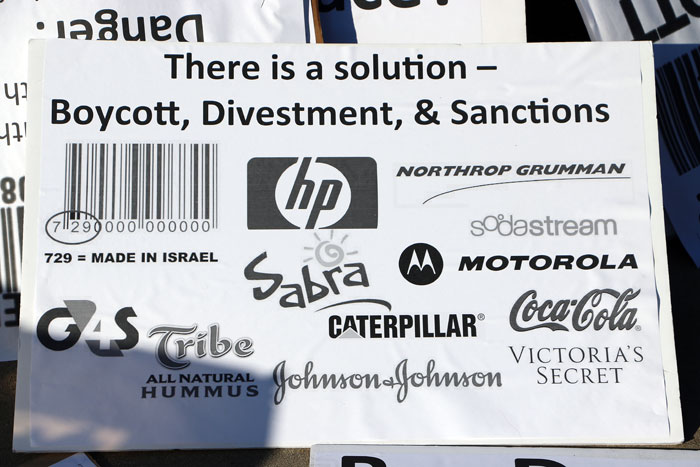 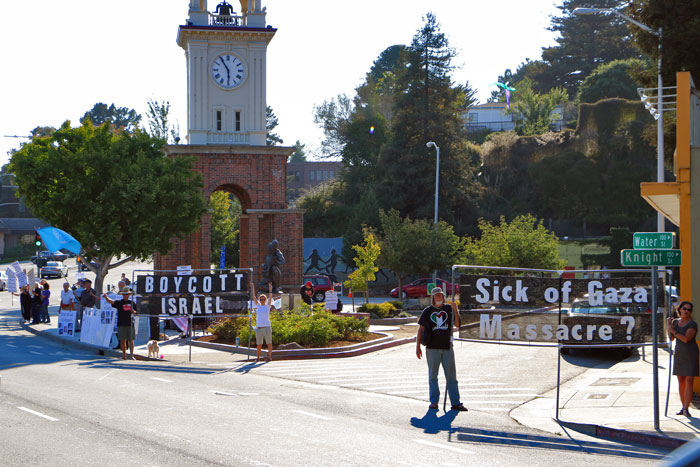