Add an Event
Newswire
Calendar
Features
Home
Donate
From the Open-Publishing Calendar
From the Open-Publishing Newswire
Indybay Feature
Publish to Newswire
Add an Event
Related Categories: Palestine | Santa Cruz Indymedia | Anti-War
Interfaith and Secular Activists Gather in Santa Cruz for Gaza
by Alex Darocy (alex [at] alexdarocy.com)
Sunday Aug 3rd, 2014 8:01 PM
On August 1, Muslim, Jewish, and Christian prayers were given and activists, including children, read poetry at the Santa Cruz Town Clock to honor those who have passed or been injured in Israel/Palestine since the fighting began on July 8. The names of those killed were displayed on poster boards which required several people to hold. The names of 1270 Palestinians and 49 Israelis were on the list. 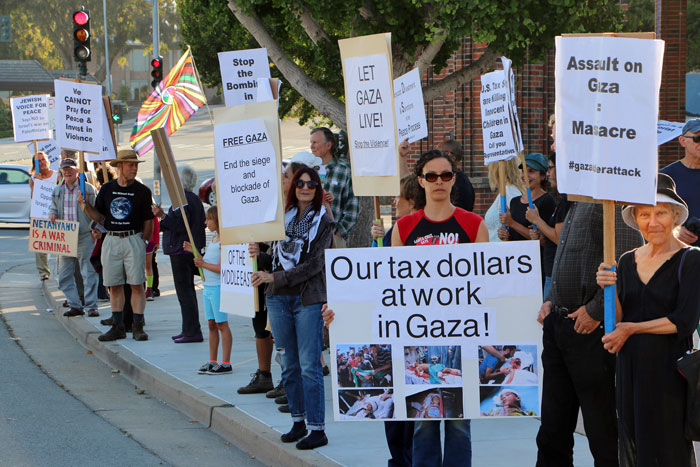 Organizers of the vigil want to call attention to the culpability of the United States in the crisis for supplying Israel with $3 billion per year in military aid. They are demanding hearings in the House and Senate be held regarding Israel's violation of U.S. laws that forbid the use of U.S. supplied weapons against civilian populations. On the day of the vigil, however, the House voted nearly unanimously to send Israel an additional $225 million to fund its "Iron Dome" missile defense system.

"The U.S. must instead use all of it’s international influence, including sanctions, to demand that Israel to stop the bombings and ground invasion of the Gaza Strip, end the siege on Gaza, abide by international law, and end the occupation of Palestine," an announcement for the vigil read.
The vigil announcement also described why the Palestinian people living in Gaza are unable to escape Israel's aggression:

"Gaza has been called an “open-air prison” because Israel controls its land, airspace, sea, access to electricity, movement of people and goods including food, water & medicine. Israel controls Gaza’s borders with the exception of the Rafah Crossing on the border with Egypt, which has been closed by the Al-Sisi military government; even medical aid has been denied. There is nowhere for people to go, evacuation is not an option." 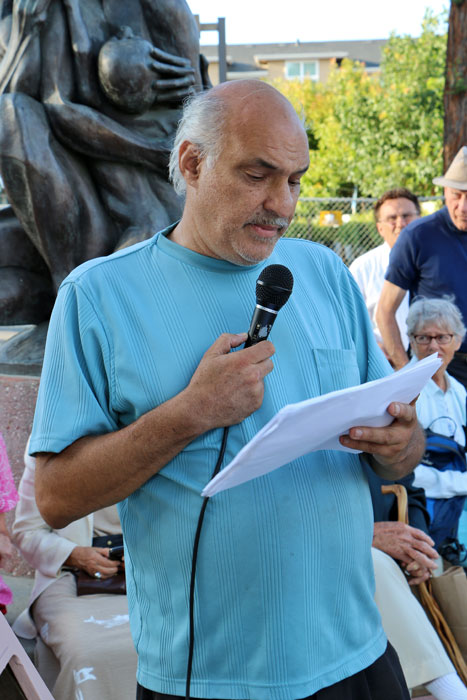 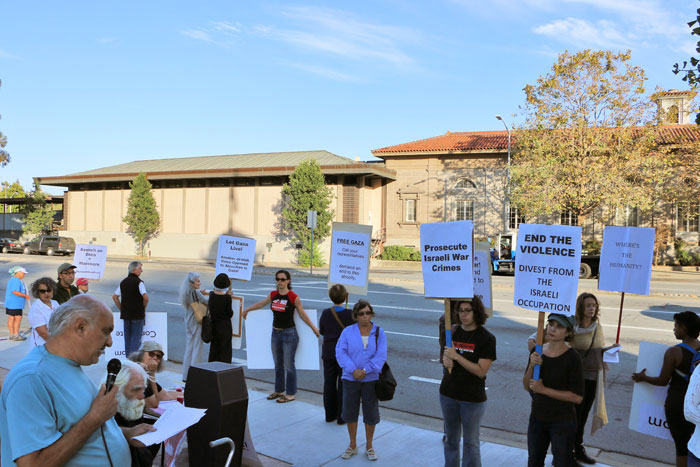 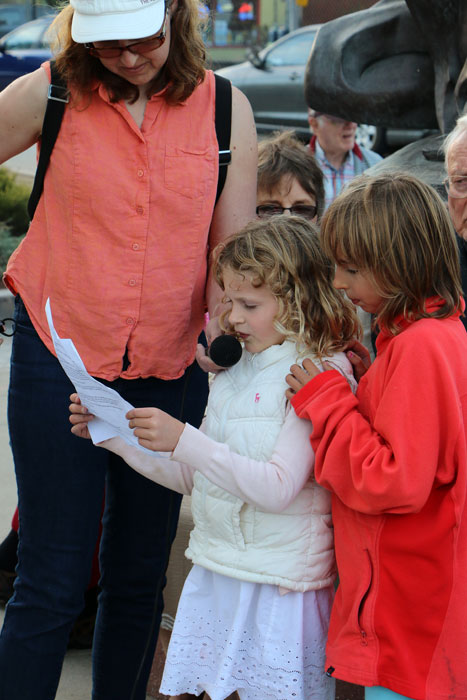 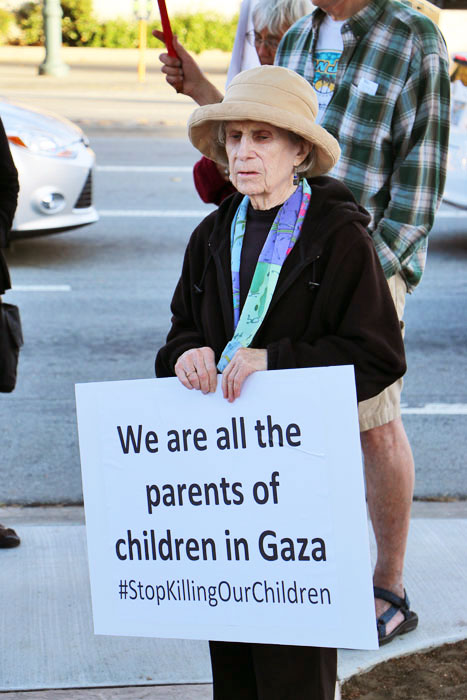 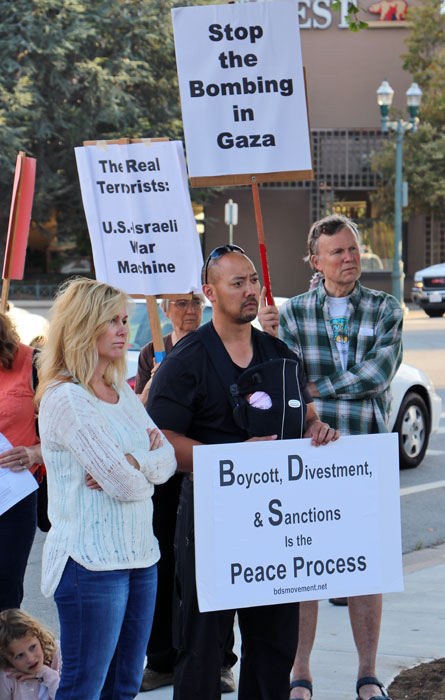 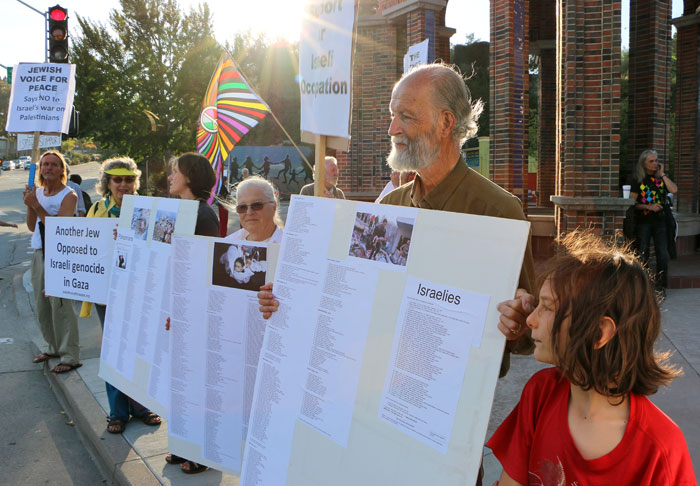 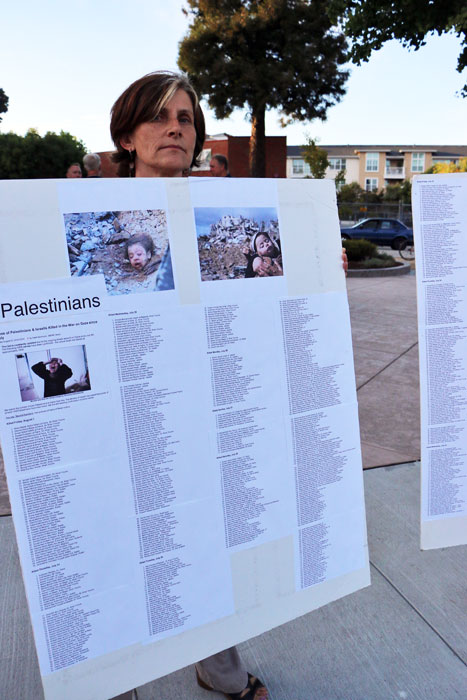 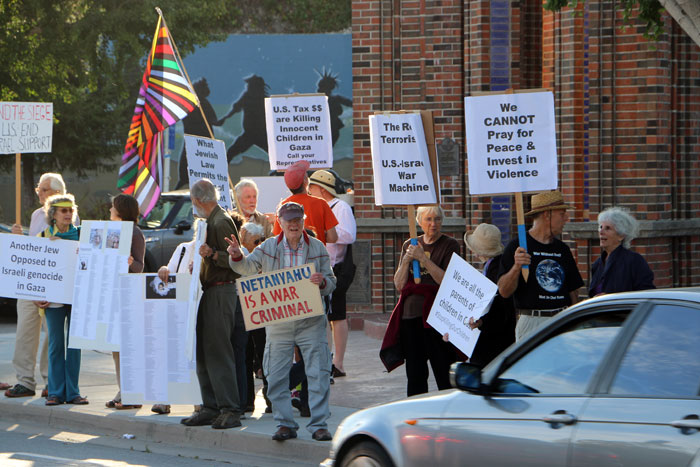 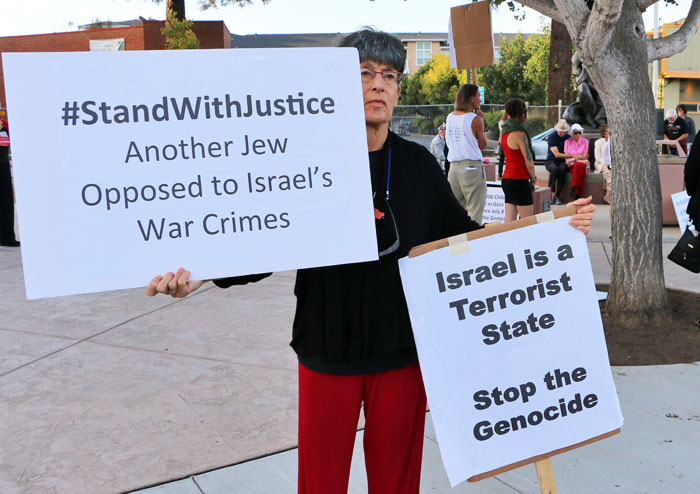 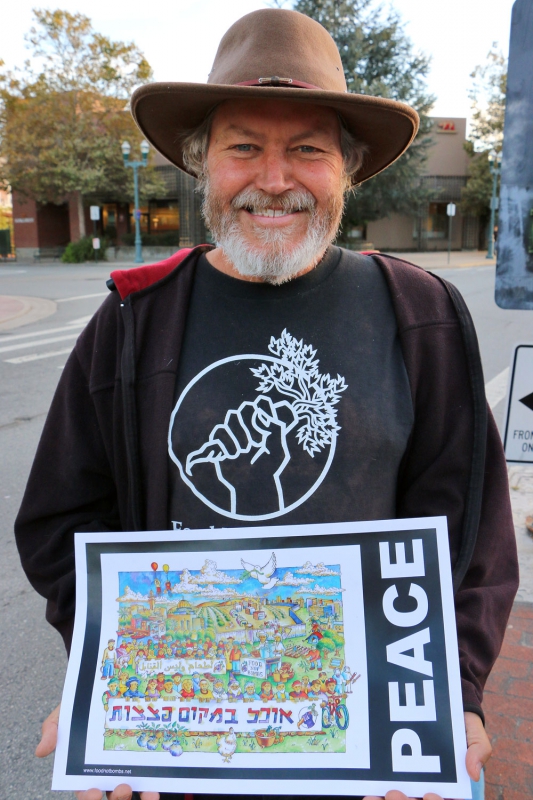 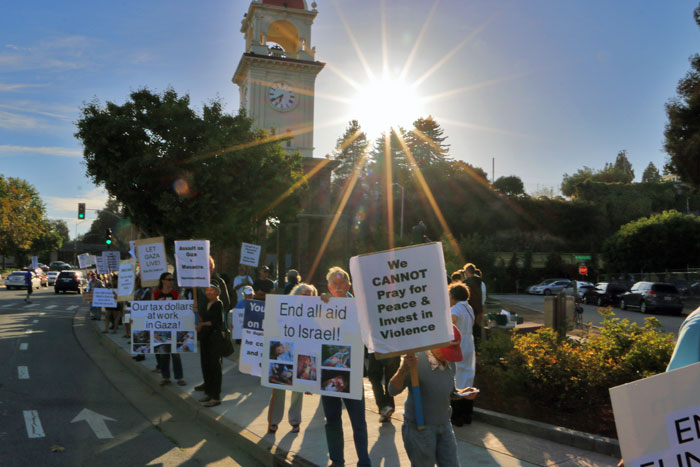 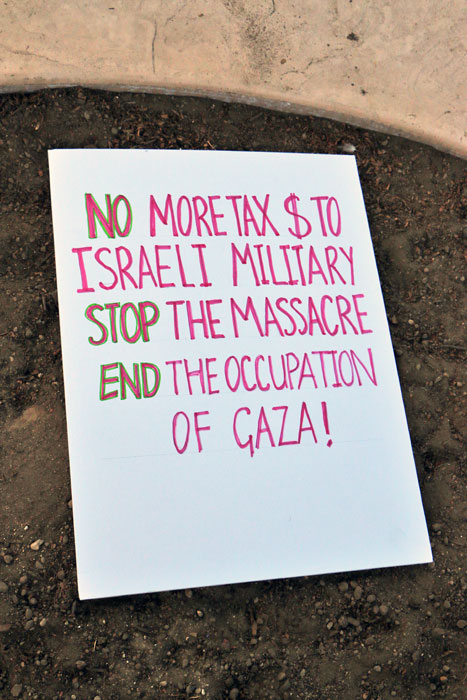