Add an Event
Newswire
Calendar
Features
Home
Donate
From the Open-Publishing Calendar
From the Open-Publishing Newswire
Indybay Feature
Publish to Newswire
Add an Event
Related Categories: Palestine | International | Anti-War
Statement on the Gaza Genocide
by Party of the Laboring Masses (PLM)
Tuesday Jul 22nd, 2014 8:34 PM
In the past week, Israeli military forces have escalated their offensive on the Gaza Strip. Israeli warplanes have increasingly targeted houses, civilian-populated areas and civilian facilities in the Gaza strip. Israeli warplanes have destroyed a number of houses while their residents were inside, without any prior warnings, killing and wounding many Palestinian civilians. 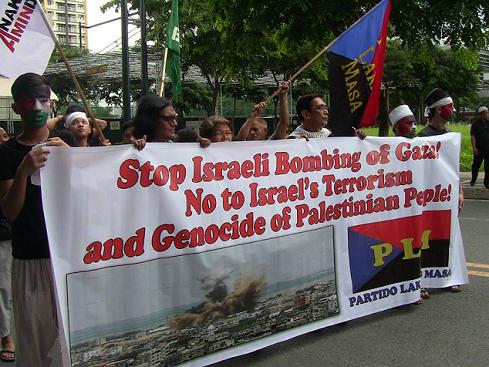 The Israeli government has cynically exploited the killing of three Israeli youth and used this to whip up a racist hysteria against Palestinians and the Hamas government in Gaza. It has done this without producing any evidence about who was responsible for those killings.

Israeli occupation forces have also targeted the campuses of Birzeit University near Ramallah and the Arab American University in Jenin, resulting in the detention and arrest of students and staff and greatly infringing the Palestinian right to education.

Israel's actions are designed to terrorize and impose a collective punishment on the Palestinian people in a blatant violation of international humanitarian law.

The Party of the Laboring Masses (PLM):

-- Strongly condemns Israel's latest attack on Gaza, Palestine and demands that it stop its attacks on Gaza and respect international law including the UN resolution 242 which demands Israel withdraw from the Gaza Strip, the West Bank and East Jerusalem, territories which Israel has illegally occupied since 1967.

-- Calls on the Philippine government to immediately withdraw its ambassador from Israel, cut diplomatic ties and end any military and defence ties with Israel.

-- Supports calls for the intensification of the economic boycott, disinvestment and sanctions campaign against Israel.

Stop Israeli Bombing of Gaza-Palestine!
No to Israel's Terrorism, Collective Punishment and Genocide! 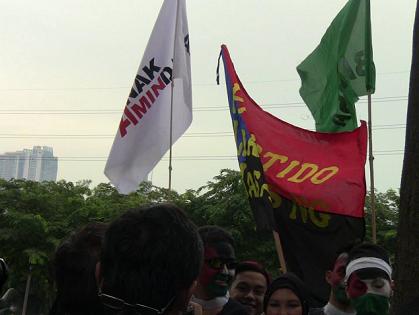