Add an Event
Newswire
Calendar
Features
Home
Donate
From the Open-Publishing Calendar
From the Open-Publishing Newswire
Indybay Feature
Publish to Newswire
Add an Event
Related Categories: Iraq | Palestine | Santa Cruz Indymedia | Anti-War
Santa Cruz Activists Display Names of Palestinian Children Killed in Gaza
by Alex Darocy (alex [at] alexdarocy.com)
Tuesday Jul 22nd, 2014 6:15 PM
At a vigil calling for peace in the Middle East held in Santa Cruz on July 21, activists displayed a partial list of the names of Palestinian children killed by Israelis in Gaza since July 7. The names, printed on plain white pages, were displayed along several lines suspended in front of the Town Clock. The demonstration was the latest in a series of actions organized in Santa Cruz to call for peace in the Middle East, specifically in Iraq, Syria, and Palestine. [Top video: Placards list the names of Palestinian children killed as of July 21 in Gaza. Scroll down to view photos of the vigil.]
Copy the code below to embed this movie into a web page:
Download Video (15.9MB) | Embed Video
The cards displayed at the Town Clock were inscribed with the names of Palestinian children of all ages who have been killed since the war started in early July. Some of the children were killed when they were only months old. Dates of their death were included, and some were killed as recently as the day of the protest.

One event announcement for the vigil read: "U.S. weapons in the Middle East ARE killing innocent civilians and destroying families and communities. These lives matter to us." Another asked for community members to protest "genocide" and to end the U.S. funding of war crimes committed in Palestine by Israel.

One of the signs at the demonstration linked the U.S. Senate's recent unanimous vote to support Israel's invasion, to the death toll that immediately followed it. Two days after the 100 Senators voted to support the war, 100 more people were killed in the fighting in Gaza: 87 Palestinians and 13 Israelis.

On a table located next to the Town Clock, a variety of information about the Middle East was available. Organizers highlighted one article which detailed the U.S. government's involvement in funding Israel's "Iron Dome" missile defense system. The defense system protects Israel from between 75 and 95 percent of missile attacks. The United States has spent hundreds of millions of dollars funding the system, with payments to have them built being made to both American and Israel defense contractors. The Palestinians have no equivalent defense system of their own.

A petition addressed to Congresswoman Anna Eshoo, demanding all forms of violent intervention be removed from consideration in Iraq, was also available for residents of Santa Cruz to sign. The petition lists the following demands:

* Stop weapon sales to the Middle East, including Iraq
* No air strikes by drone or jet on Iraqis
* Pay reparations due the Iraqi people
* Support infrastructure repair BY Iraqis FOR Iraqis

Its last line encourages Eshoo to, "Give peace a chance!"


Organizers of the rally are asking those in support of peace in the Middle East to sign the following online petitions:

We oppose the occupation, the bloodshed, the privileging of Jewish lives over others lives.
http://cognitiveliberty.net/2014/never-before-in-my-life-have-i-seen/ 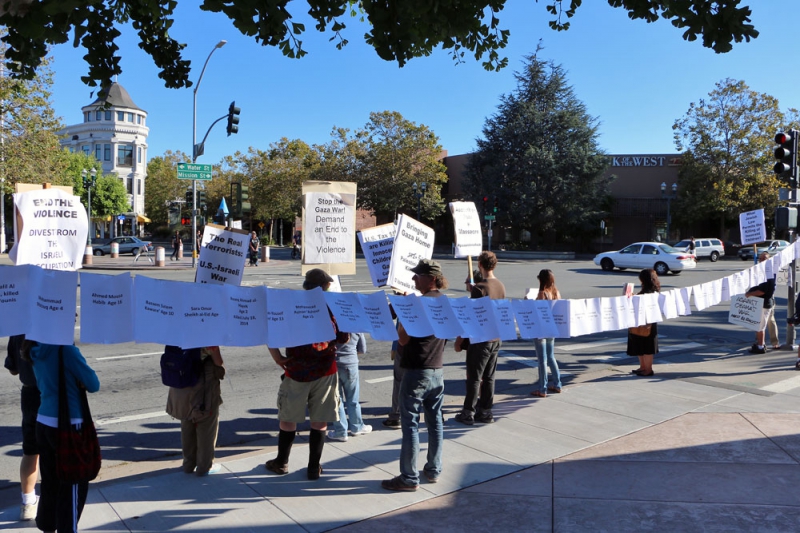 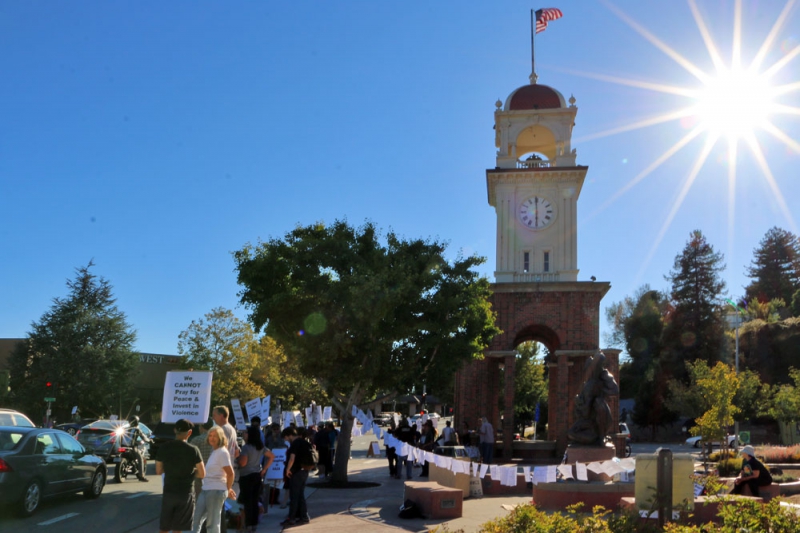 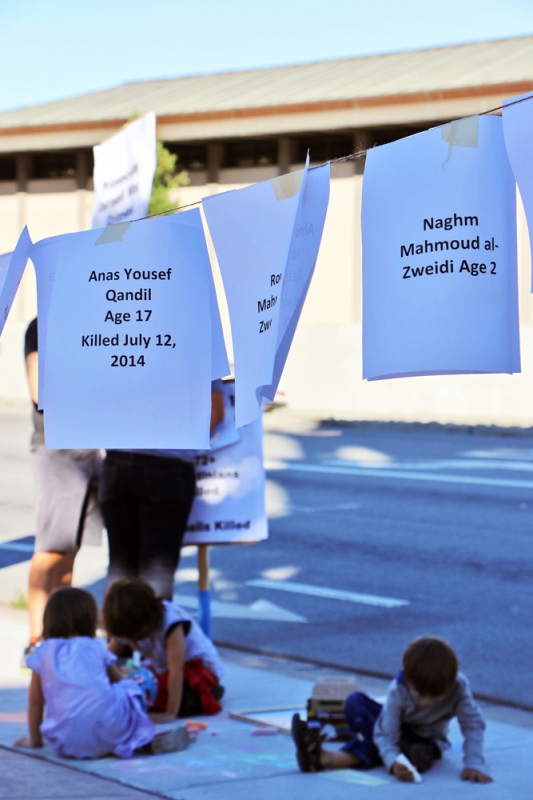 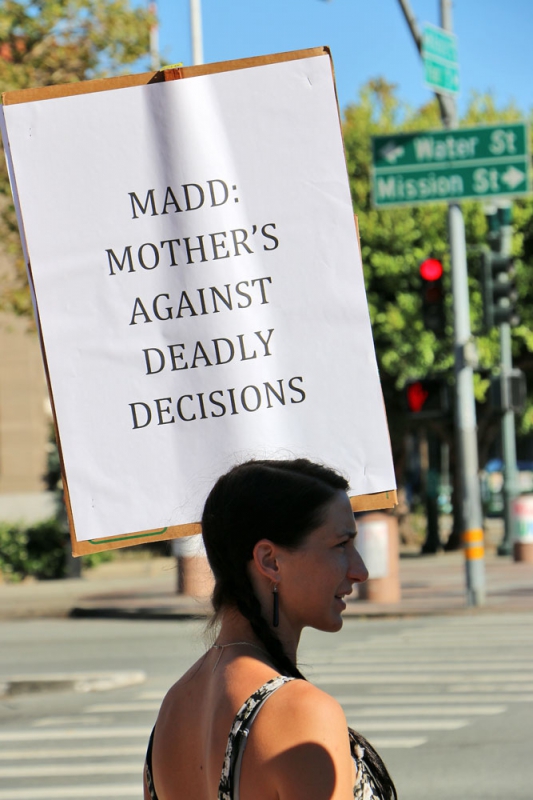 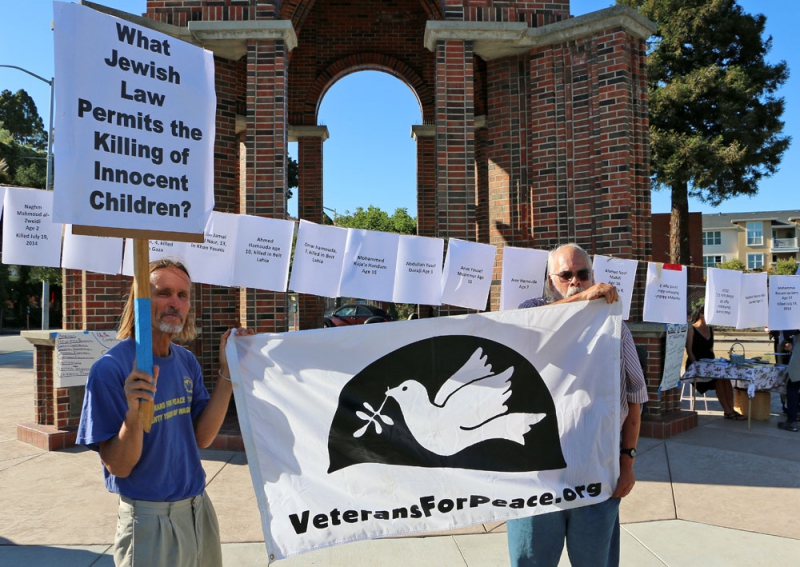 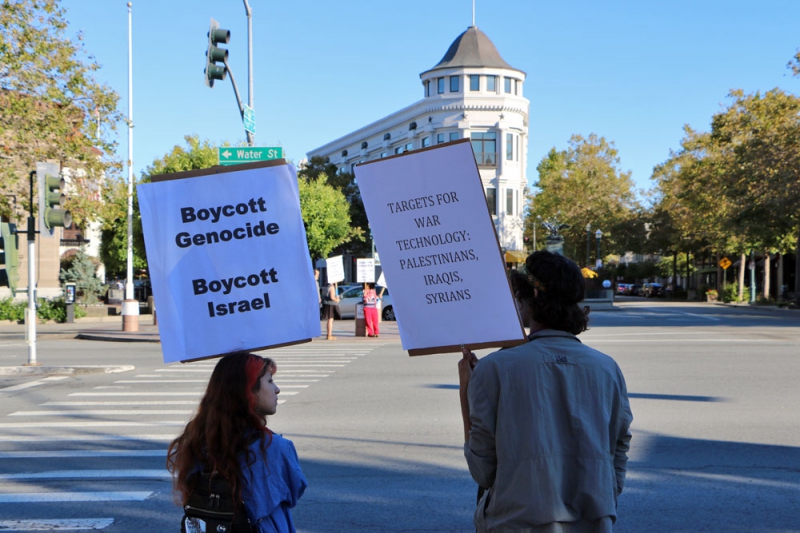 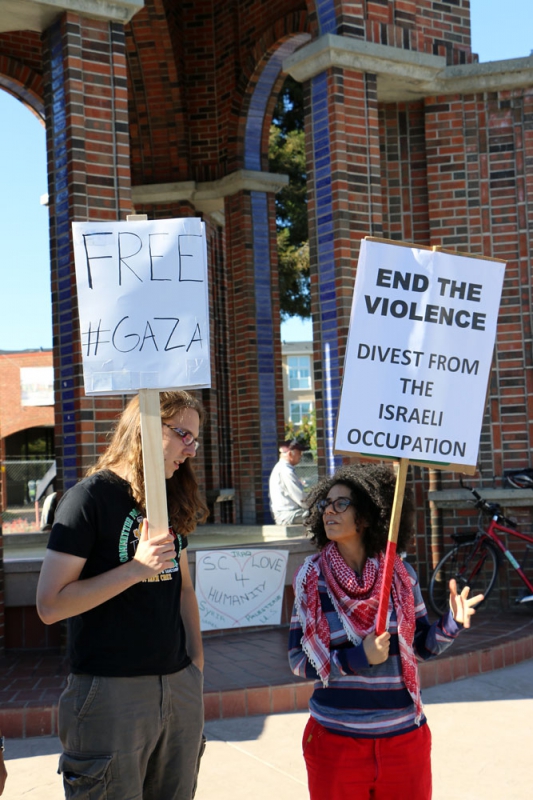 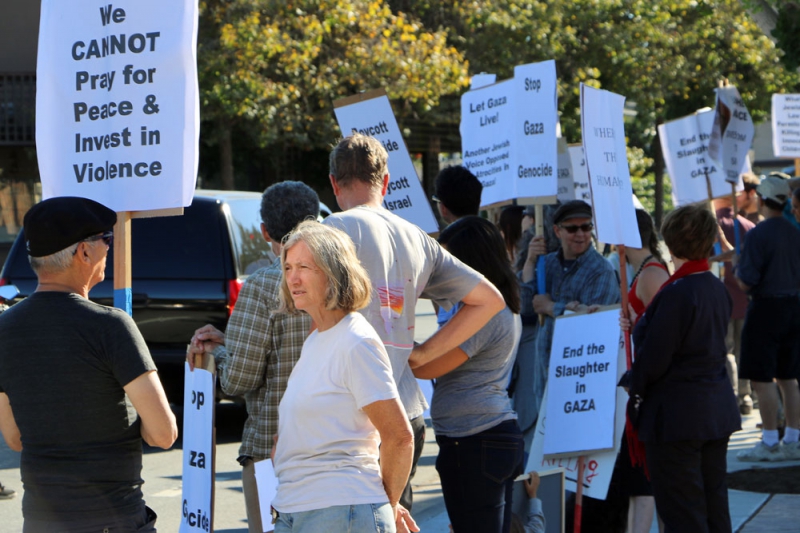 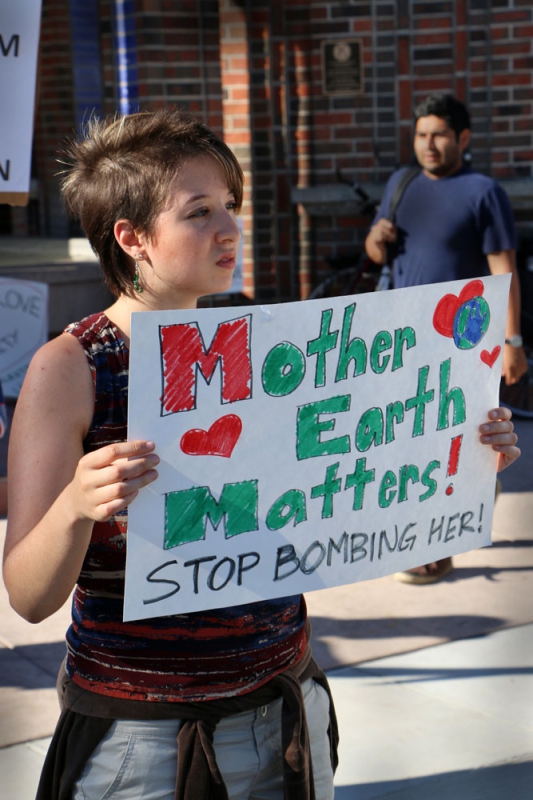 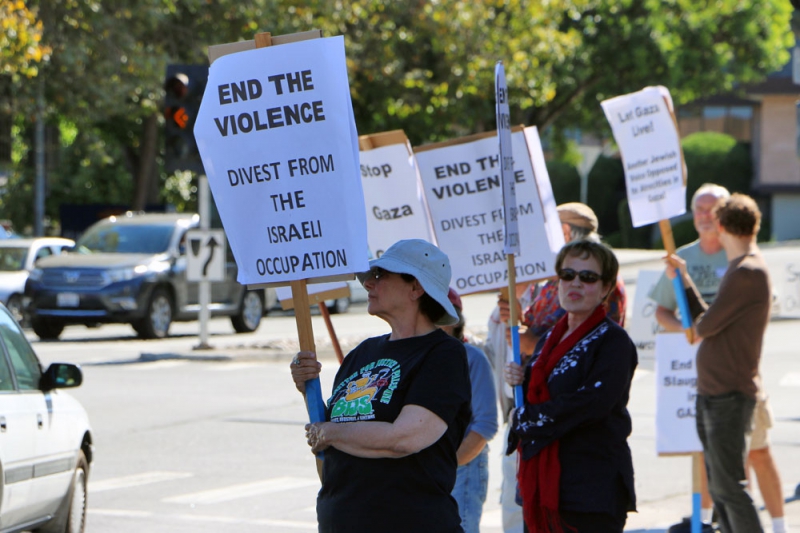 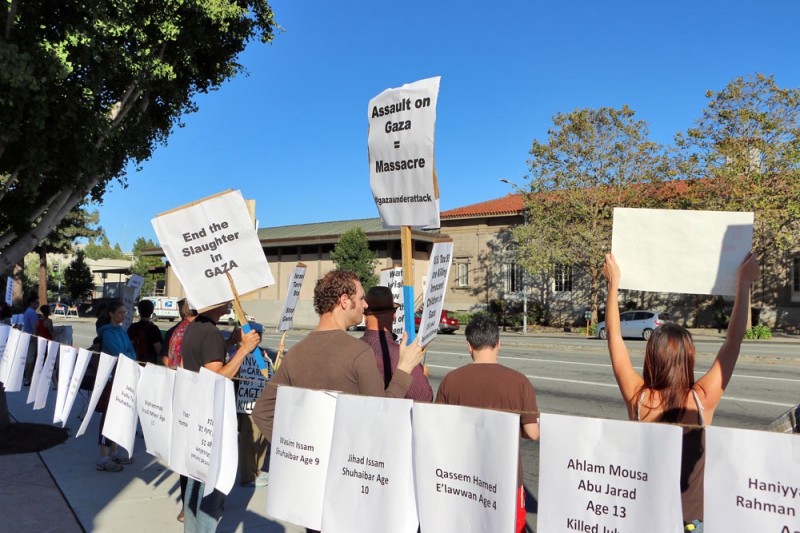 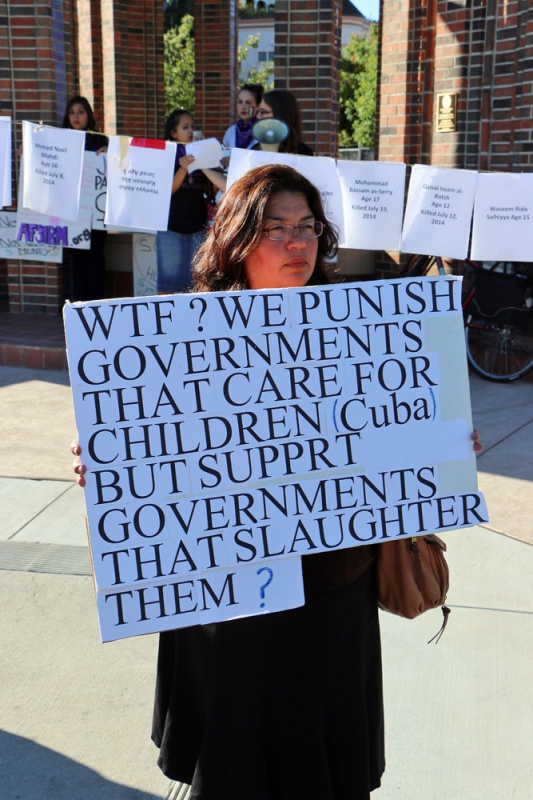 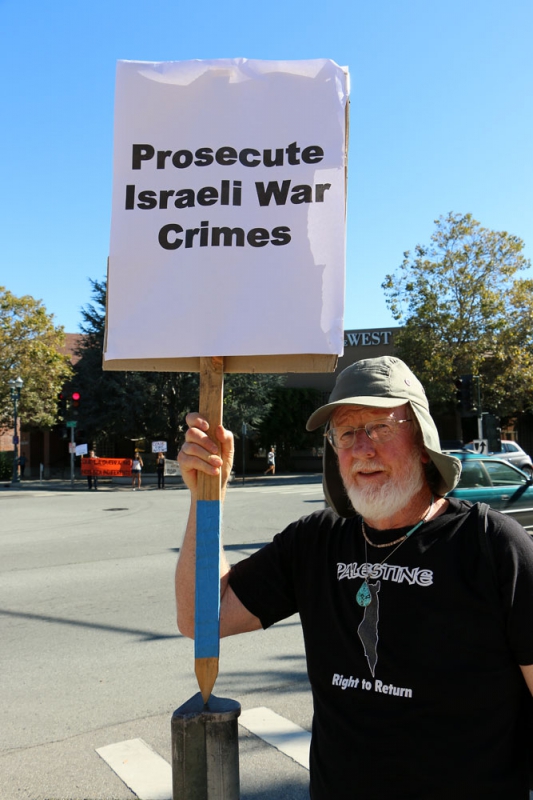 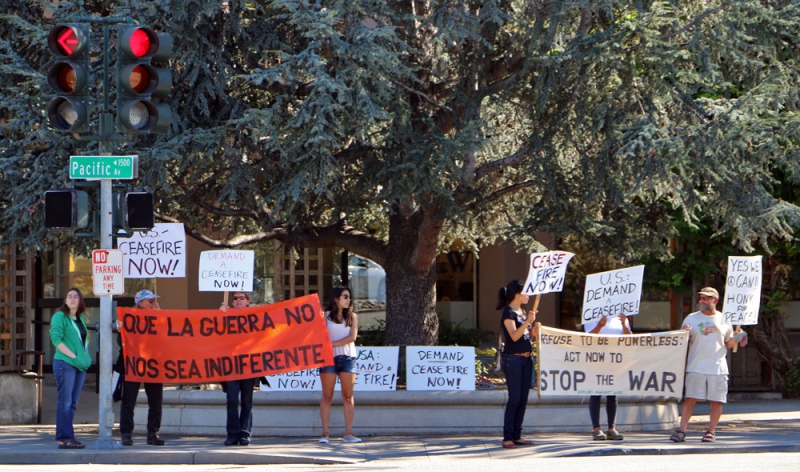 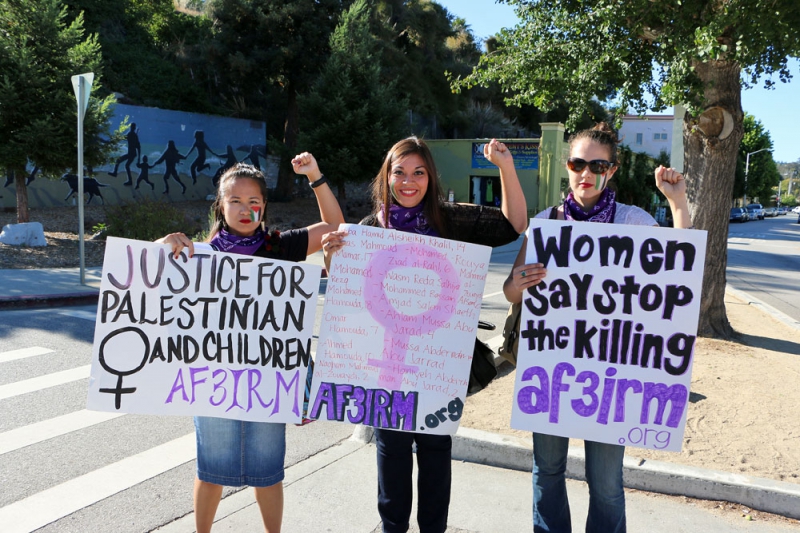 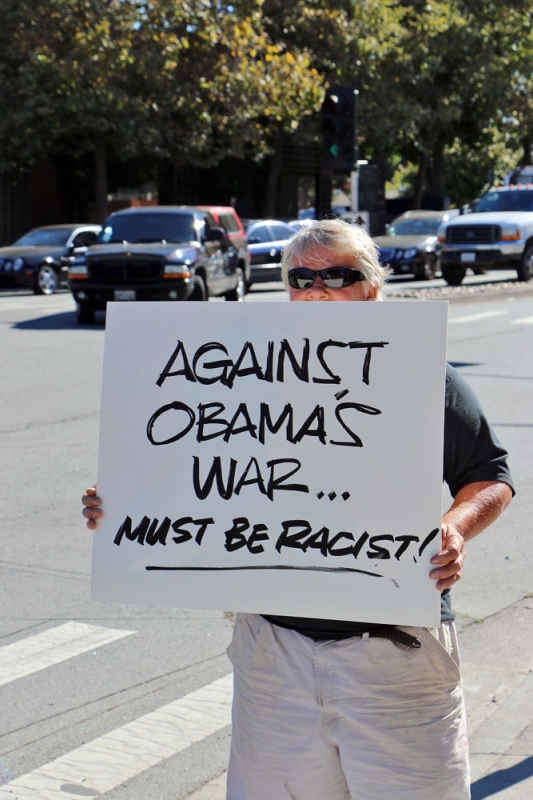 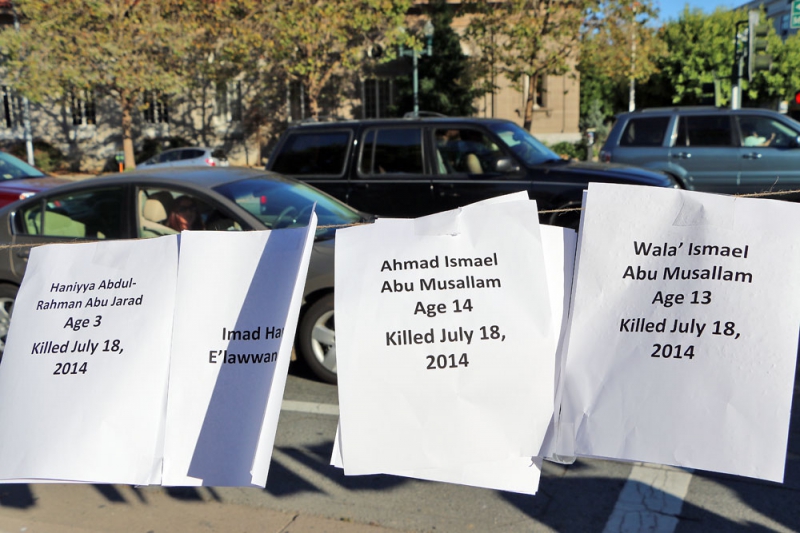 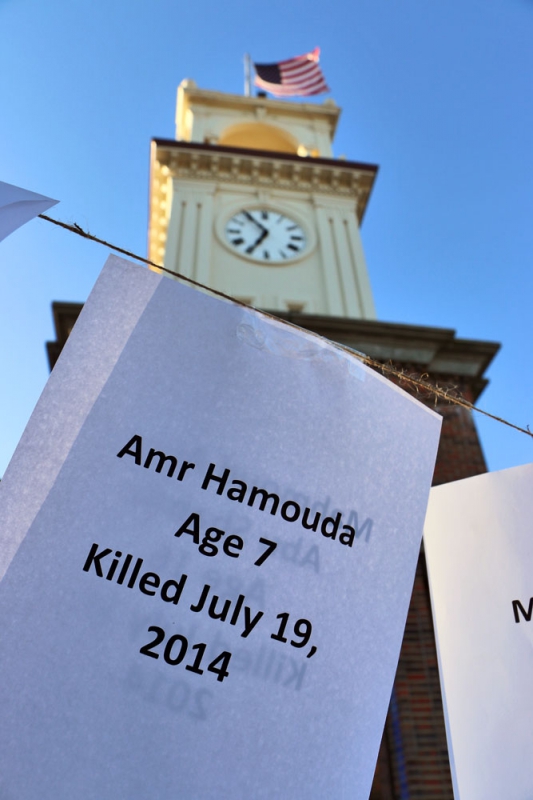 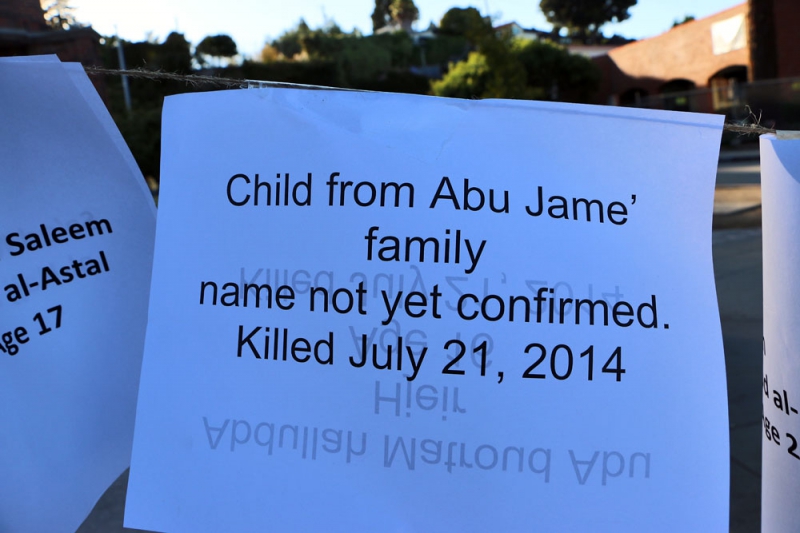 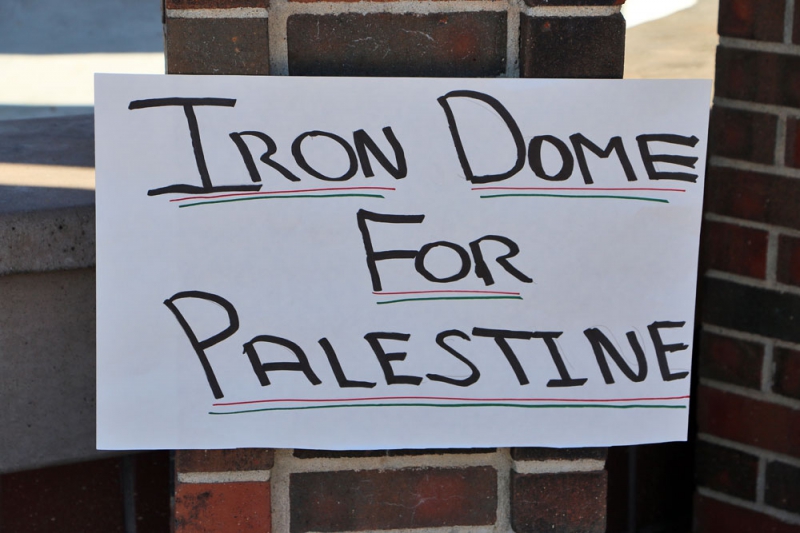 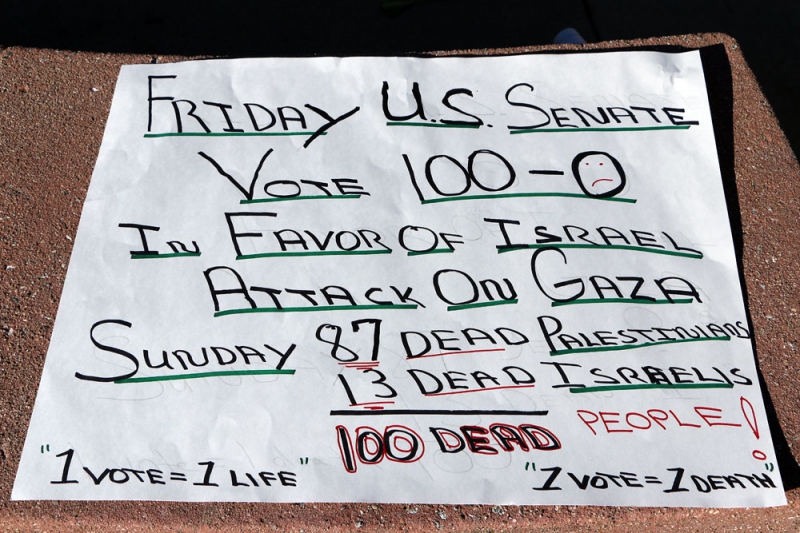 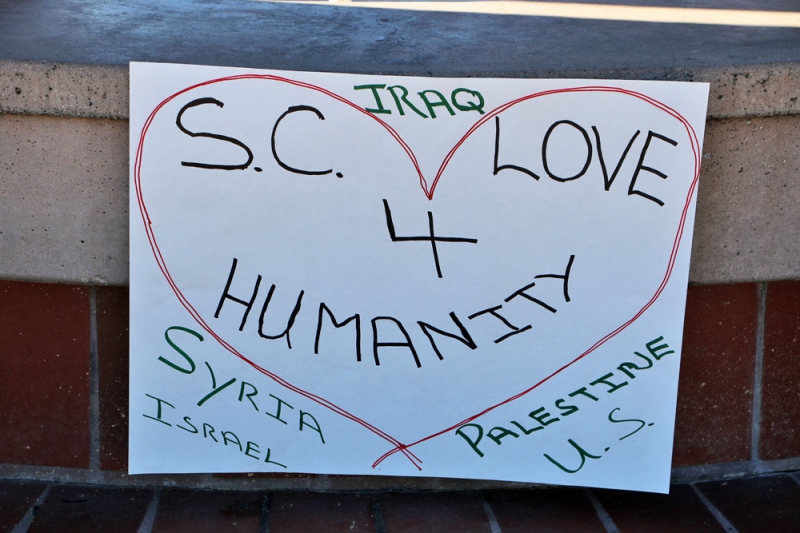 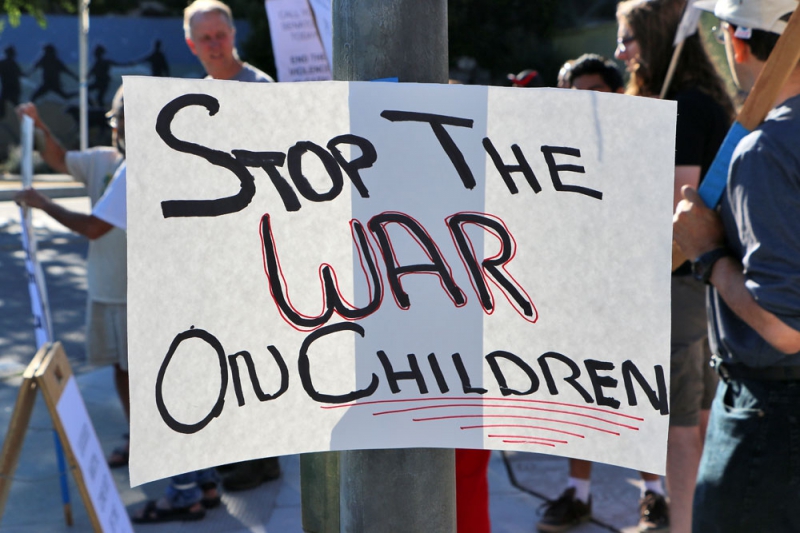 original image (1000x667)
Stop the War on Children
Add Your Comments
Support Independent Media
We are 100% volunteer and depend on your participation to sustain our efforts!