by KPFA Weekend News/Andrés Soto/Ann Garrison
On Thursday, 07.10.2014, citizens of Benicia and neighboring communities commemorated the 47 lives lost in the Lac Mégantic crude-by-rail explosion last year. Then they went into the Benicia Planning Commission meeting, where they won a 45-day extension of the public comment period on the Draft Environmental Impact Report regarding Valero's plan for transporting tar sands and shale oil to its Benicia Refinery on trains. Activists opposing the shipments began calling them "bomb trains" after explosions around the U.S. and in Canada. According to Andrés Soto, the majority of those who attended the Planning Commission meeting are adamantly opposed to crude-by-rail.
Listen now:
Copy the code below to embed this audio into a web page:
Download Audio (1.7MB) | Embed Audio 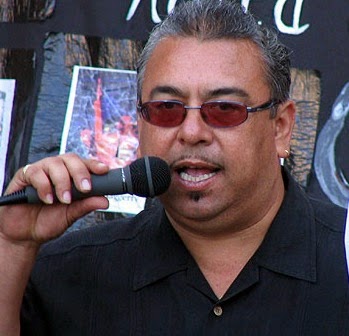 Andrés Soto, Benicia resident and organizer with Communities for a Better Environment, told KPFA about stop-crude-by-rail activists victory at the Benicia Planning Commission.  Transcript available at: http://www.anngarrison.com/audio/2014/07/13/513/benicians-win-first-victory-in-opposition-to-crude-by-rail-bomb-trains.
END_OF_DOCUMENT_TOKEN_TO_BE_REPLACED
Add Your Comments
Support Independent Media
We are 100% volunteer and depend on your participation to sustain our efforts!