Add an Event
Newswire
Calendar
Features
Home
Donate
From the Open-Publishing Calendar
From the Open-Publishing Newswire
Indybay Feature
Publish to Newswire
Add an Event
Related Categories: San Francisco | LGBTI / Queer | Police State & Prisons
Queer & Trans Radicals Take The Streets Against Prison-Themed Party
by FireWorks
Monday Jun 30th, 2014 2:47 AM
Report back from Pink Edge regarding the arrests in the Mission District several nights ago of Queer and Trans people who were also brutally attacked by SFPD. 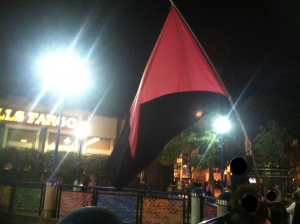 When I arrived around 10:00, and walked up the steps from the BART station, I was greeted with a pleasant and unfamiliar sight: no police. Thanks to gentrification efforts like the "Clean Up the Plaza" campaign, SFPD have made themselves a near-constant feature at 16th & Mission in San Francisco. Instead, perhaps a hundred people were dancing to a sound system someone had brought while others held banners with slogans decrying incarceration and the prison industrial complex.

the same time, another dance party was going on just two blocks away, called “Pride at the Armory.” This party, prison-themed, invited attendees to “get incarcerated.” There was quite the backlash when the party was first announced (as an official SF Pride event, no less) with declarations made to boycott Pride. Not content with boycotting, Gay Shame and LAGAI – Queer Insurrection called for a march to disrupt and shut down Pride at the Armory.

A few hours earlier, radical dykes broke off from the annual Dyke March and proceeded to 16th & Mission and proceeded to take over the BART plaza. It was held into the evening as people joined in anticipation of the night’s protest.

As a massive pink and black flag few above the plaza, a diverse crowd mingled and partied before flowing into the streets around 10:30. Nearly two hundred people marched up Mission St., chanting “Pro-sex, anti-prison, queers for abolition!” while people handed out flyers (text below) describing the disgust with Pride and the party hosted at the Armory. Upon arrival, some groups tried approaching the entrance while others held the streets. Someone used a projector to light up the Armory’s walls with excerpts from the flyer being given out. Before long, barricades being used to direct attendees inside the party had been expropriated and used to block off the street.

After approximately a half hour spent in front of the Armory, SFPD, aided by private security, showed up and pushed the protest onto the adjacent sidewalks. However it was not very long until the streets were retaken, and the march took off back towards the BART plaza, though with fewer numbers. People slowly began to disperse from there, but were interrupted when several police cars rolled up, and officers arrested six people, who were then taken to the nearby Valencia police station. A spontaneous march took off towards the station, but police were quick to lock the doors.

As of this writing, three of those arrested are still locked up, and supporters are asking people to call the DA and demand they drop the charges. The DA can be reached at either 415-553-1751 or 415-553-1754. You can read Gay Shame’s statement on the arrests here.


Text from the flyer distributed:


While trans women and gender nonconforming people of color are kidnapped, tortured, brutalized and murdered by the prison industrial complex, KINK.COM and SF PRIDE© have once again turned these
genocidal practices into a cash-making joke.

They mockingly invite people to “get arrested” and enjoy “Solitary confinement, showers, jailbreak, love and lust, freedom and confinement” at their “Prison of Love” Pride 2014 party. No honey, bye.

If You Don’t Know, Now You Do:

• 2.5 million people are incarcerated in the US

• the most dangerous people in this world are not in prisons, they are the people running the government, banks, courts, and military

• we will collectively abolish this shit

GAY SHAME is a Virus in the System. We are committed to a queer extravaganza that brings direct action to astounding levels of theatricality. We will not be satisfied with a commercialized gay identity that denies the intrinsic links between queer struggle and challenging power. We seek nothing less than a new queer activism that foregrounds race, class, gender and sexuality, to counter the self-serving “values” of gay consumerism and the increasingly hypocritical left. We are dedicated to fighting the rabid assimilationist monster with a devastating mobilization of queer brilliance.

ALL ARE WELCOME (except cops) gayshamesf.org
http://www.fireworksbayarea.com
§There Are No Prisons in a Queer Paradise
by via FireWorks Monday Jun 30th, 2014 5:28 PM 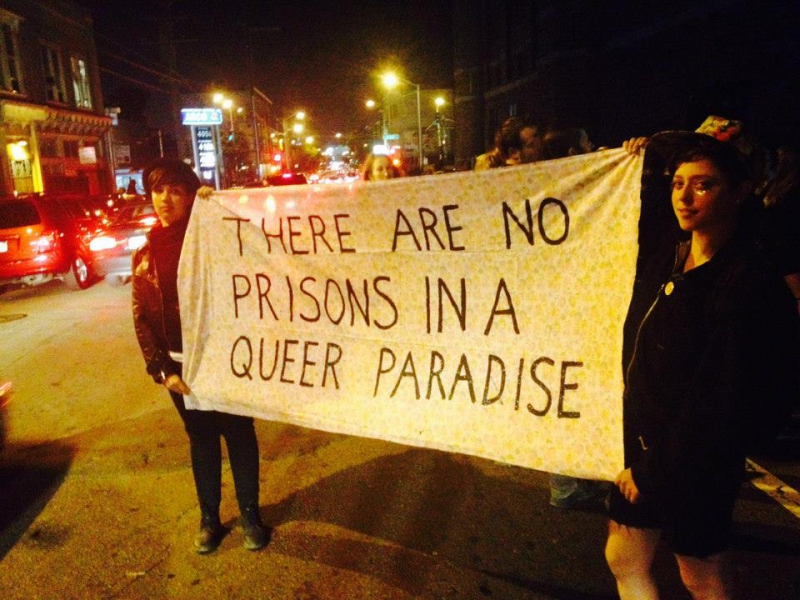 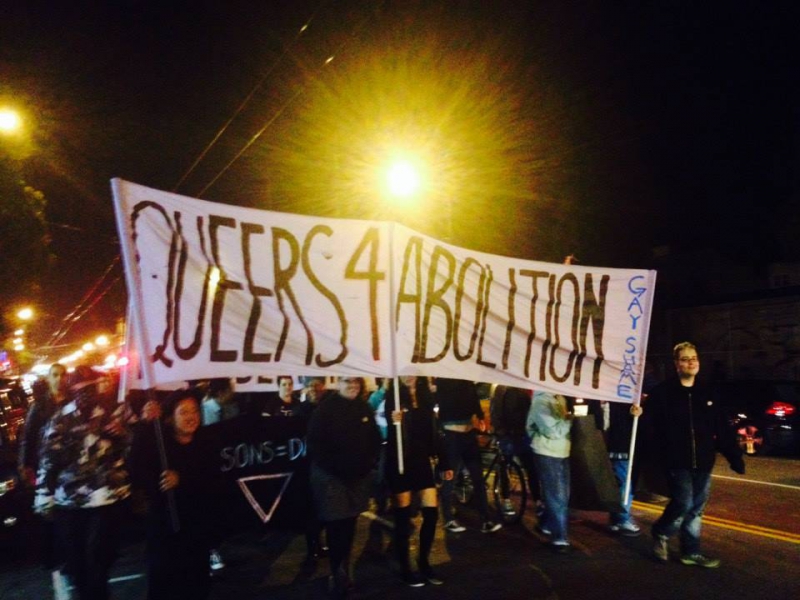 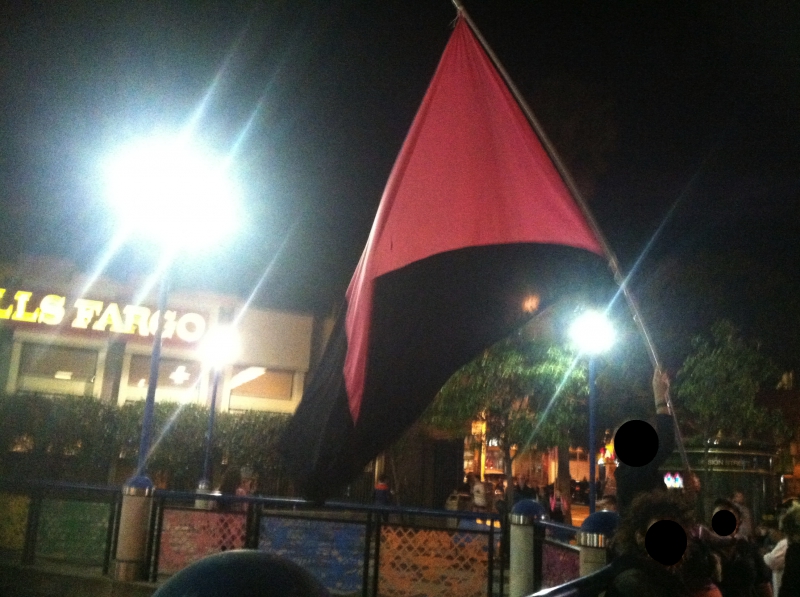 §Yeah no shit!
by Pampilia
Thursday Oct 9th, 2014 11:01 AM
That aign't no shit TransWomen being targeted. Lat winter when I was picked-up for a crime I don NOT commit (armed robbery at an address I'd never been to in my life) (Media, PA) they held up my bra and panties in front of the other inmates and started talking infalsetto like "Look at me ...I'm a liittle gril...with my traing bra." Hardy bhar fukin har SAMBO! I said. Shut his fukin mouth real fast.

Now who they think they're laughing at now!
Add a Comment
Support Independent Media
We are 100% volunteer and depend on your participation to sustain our efforts!