Add an Event
Newswire
Calendar
Features
Home
Donate
From the Open-Publishing Calendar
From the Open-Publishing Newswire
Indybay Feature
Publish to Newswire
Add an Event
Related Categories: Peninsula | En Español | Police State & Prisons | Racial Justice
Community Dialog Series to Discuss the Killing of Yanira Serrano Garcia
by Justice For Yanira
Friday Jun 27th, 2014 6:40 PM
A series of meetings sponsored by the City of Half Moon Bay will take place to discuss the killing of Yanira Serrano Garcia, who on June 3 was killed outside of her Moonridge home by San Mateo County Sheriff's Deputy Menh Trieu. The events are organized by the Peninsula Conflict Resolution Center and are open to the public. 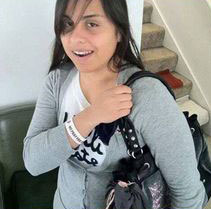 Justice 4 Yanira Serrano-Garcia, killed 6-3-14 by PD in Half Moon Bay !
https://www.facebook.com/groups/1427336664203023/
§July 10 meeting location changed to Ted Adcock Center
by Justice for Yanira Wednesday Jul 9th, 2014 9:45 AM
The location of the July 10 meeting (which is planned to be with the San Mateo DA) has been changed from the IDES Hall to the Ted Adcock Community Center, which is located at 535 Kelly Avenue in Half Moon Bay.
Add Your Comments
Support Independent Media
We are 100% volunteer and depend on your participation to sustain our efforts!