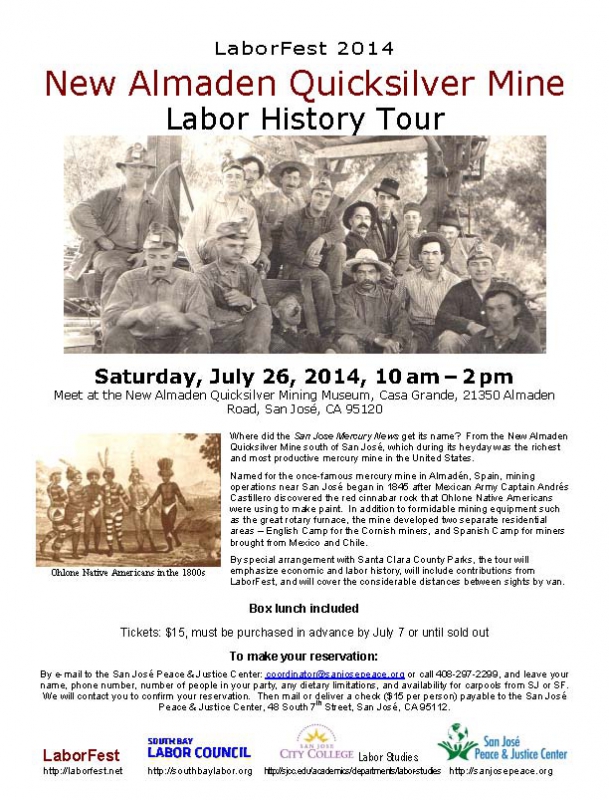 Named for the once-famous mercury mine in Almaden, Spain, mining operations near San Jose began in 1845 after Mexican Army Captain Andres Castillero discovered the red cinnabar rock that Ohlone Native Americans were using to make paint. In addition to formidable mining equipment such as the great rotary furnace, the mine developed two separate residential areas- English Camp for the Cornish miners, and Spanish Camp for miners brought from Mexico and Chile.

By special arrangement with Santa Clara County Parks, the tour will emphasize economic and labor history, will include contributions from LaborFest, and will cover the considerable distances between sights by van.

This event is sponsored by San Jose Peace and Justice Center
http://www.sanjosepeace.org/calendar_event...
Add Your Comments
Support Independent Media
We are 100% volunteer and depend on your participation to sustain our efforts!