Add an Event
Newswire
Calendar
Features
Home
Donate
From the Open-Publishing Calendar
From the Open-Publishing Newswire
Indybay Feature
Publish to Newswire
Add an Event
Related Categories: California | Santa Cruz Indymedia | Environment & Forest Defense | Government & Elections
Bill would ban oil drilling in Vandenberg marine protected area
by Dan Bacher
Friday Jun 20th, 2014 5:11 PM
"For too long, oil companies have been eying this precious marine ecosystem as theirs for the taking. With each new proposal, we have mustered our resources, and fought for our environmental future," said State Senator Hannah-Beth Jackson (D-Santa Barbara). "This bill would close the book on the possibility of future offshore drilling in these state waters and help ensure that our precious coastline remains protected forever." 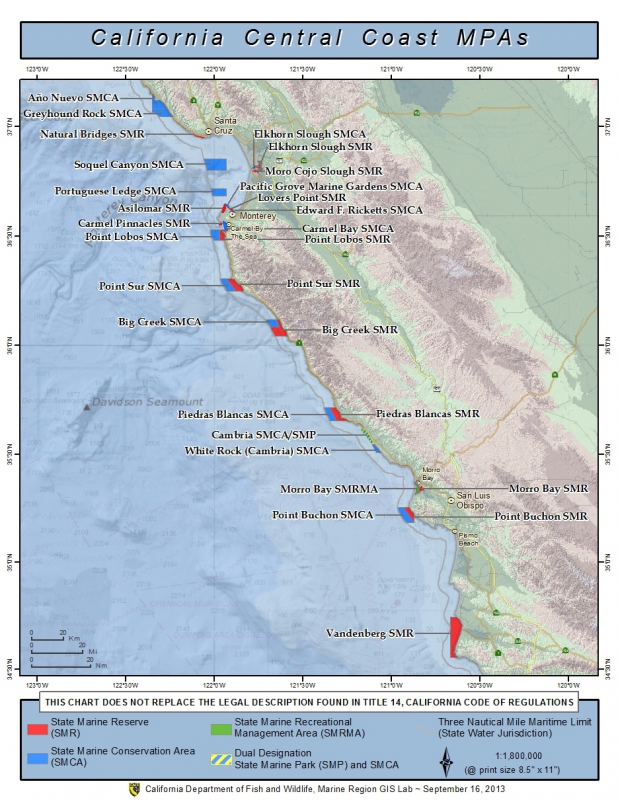 The Coastal Justice Coalition, a group of members of the Yurok, Hoopa Valley, Karuk and other Tribes who agree that the State of California has no right to regulate tribal gathering, exposed this severe flaw in the MLPA Initiative when they stated, "Protected areas would allow for deep water drilling yet would ban tribal gathering," in a news release issued in June 2010. (http://www.indybay.org/newsitems/2010/06/29/18652206.php)

While MLPA Initiative officials let the oil industry, corporate polluters and ocean industrialists off the hook in their strange concept of "marine protection," offshore oil drilling will be banned in one state marine protected area, the Vanderberg State Marine Reserve, if State Senator Hannah-Beth Jackson (D-Santa Barbara) has her way.

Senator Jackson has introduced a bill, SB 1096, to ban offshore oil drilling from an area of state waters in the Santa Barbara Channel known as Tranquillon Ridge. The area is designated as a "marine protected area" because of its sensitive marine ecosystem, according to a statement from Senator Jackson's office.

But a glaring loophole in state law left Tranquillon Ridge, which extends into state and federal waters, with reserves that are currently being tapped in federal waters from Platform Irene, uniquely vulnerable to offshore drilling, according to Jackson's office.

This loophole in the California Coastal Sanctuary Act authorizes the State Lands Commission to enter into a lease for the extraction of oil or gas from state-owned tide and submerged lands in the California Coastal Sanctuary, "if the commission determines that the oil or gas deposits are being drained by means of producing wells upon adjacent federal lands and the lease is in the best interest of the state."

"For too long, oil companies have been eying this precious marine ecosystem as theirs for the taking," said Senator Jackson. "With each new proposal, we have mustered our resources, and fought for our environmental future. This bill would close the book on the possibility of future offshore drilling in these state waters and help ensure that our precious coastline remains protected forever."

"We are thrilled to sponsor this bill, which would protect one of the most environmentally rich areas on the California coast," said Linda Krop, chief counsel of the Environmental Defense Center, a nonprofit environmental law firm headquartered in Santa Barbara County. "This region is recognized as one of five important ecological regions on the planet. For this reason, the state has designated this area as a Marine Protected Area, which means that it warrants the highest possible level of protection."

"If a project like the original T-ridge, which contained significant environmental benefits, was rejected by the state, then our community should vehemently oppose an oil project that has even worse environmental impacts and no benefits," said Assemblymember Das Williams (D-Santa Barbara). "This bill would protect our waters from potential harmful new oil development."

The time to ban offshore oil drilling, fracking, pollution, corporate aquaculture, military testing and other harmful activities to marine life in the "marine protected areas" created under the MLPA Initiative is long overdue. The oil industry's inordinate influence over the MLPA Initiative and other environmental processes, the Legislature and the Governor's Office is due to the enormous amount of money that the oil industry dumps into campaign contributions and lobbying in Sacramento every year.