Add an Event
Newswire
Calendar
Features
Home
Donate
From the Open-Publishing Calendar
From the Open-Publishing Newswire
Indybay Feature
Publish to Newswire
Add an Event
Related Categories: Peninsula | Police State & Prisons | Racial Justice
Family and Friends Bid Farewell to Yanira Serrano Garcia
by Alex Darocy (alex [at] alexdarocy.com)
Monday Jun 16th, 2014 7:40 PM
The family and friends of Yanira Serrano Garcia bid farewell to her at a public funeral and procession held at Our Lady of the Pillar Catholic Church on June 14. The family is still reeling in the wake of the devastating loss of 18-year-old Yanira, who was shot and killed outside of her home in Half Moon Bay by San Mateo County Sheriff's deputy Menh Trieu on June 3. 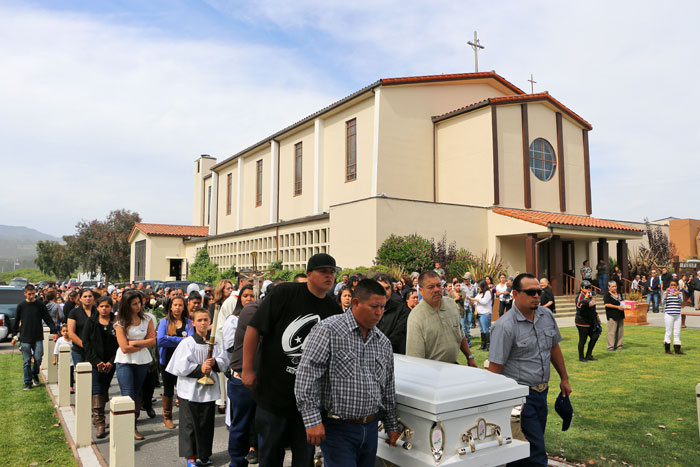 A long service was held inside of Our Lady of the Pillar, which was overflowing with people paying their last respects. Throughout the day, Aztec ceremonies were held as well. The funeral concluded with a procession that traveled around the church, whose property coincidentally borders, and affords a view of, the San Mateo Sheriff's Half Moon Bay substation. The lights were on, but it wasn't apparent if anyone was present at the station as Yanira's coffin was rolled by.

Yanira's mother was wailing in grief and she received help while walking in the procession. She witnessed the killing of her daughter and she has suffered greatly as a result.

The family has not discussed the exact details of how Yanira was killed, but her brother Tony has maintained it was unwarranted and an injustice has occurred.

Yanira has been described as having a condition for which she was prescribed medication, and when she was having a health crisis her family called emergency medical personnel to their home in Half Moon Bay for help. A San Mateo County Sheriff's Deputy was sent, and within 20 seconds of arriving at the scene he shot and killed Yanira, who was deemed a "threat." The Sheriff's office claims she was "wielding" a knife, but friends of the family have said it was simply a butter knife that was in her possession.

After Yanira's coffin was driven away from the church by the attendant, and the funeral and ceremonies had concluded, one of Yanira's friends shouted out to the crowd, "What do we want?"

The funeral was open to the public, and individuals and organizations in support of justice for Yanira from around the Bay Area were in attendance.

Since Yanira's death, several vigils have been held for her, and supporters have also marched to the Sheriff's station to demand justice.

On Tuesday, June 17, the family has asked that the community attend the Half Moon Bay City Council meeting at 6:30PM to speak out. 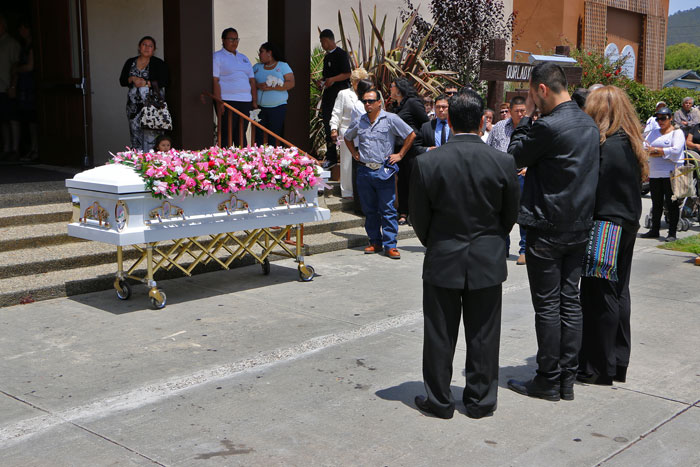 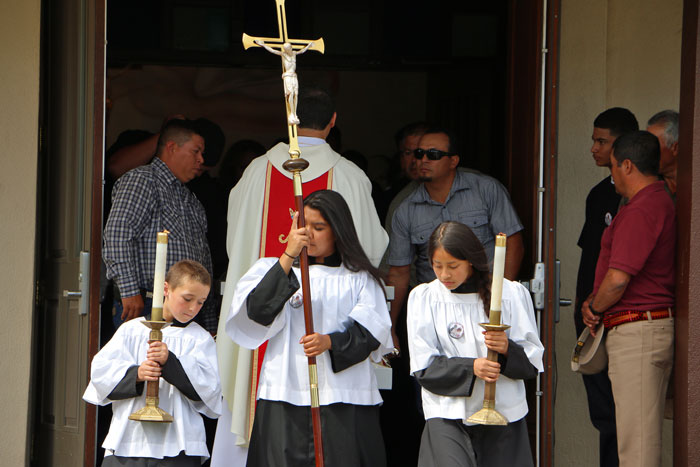 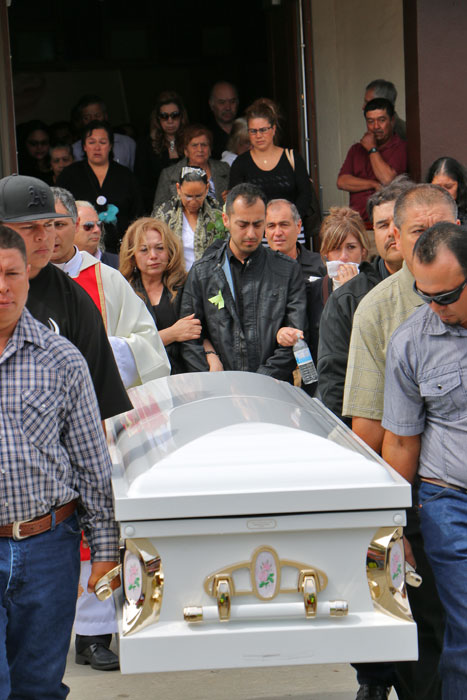 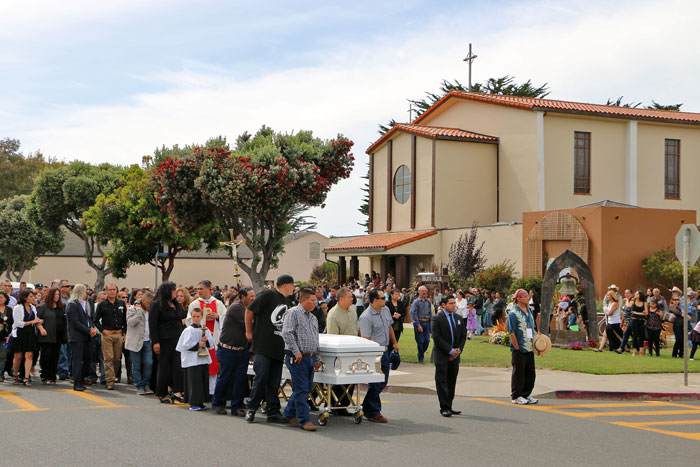 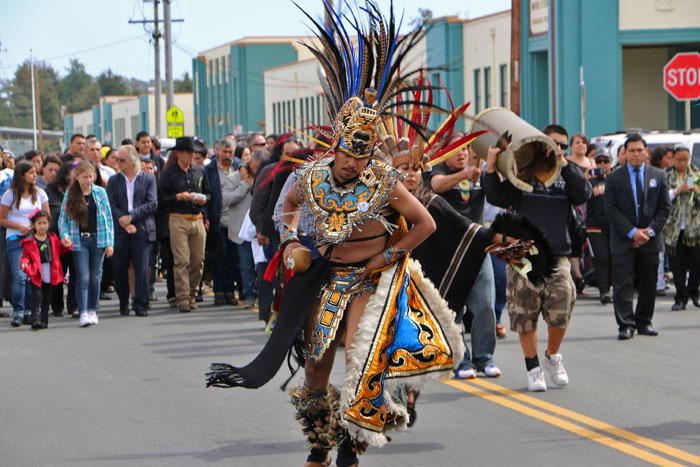 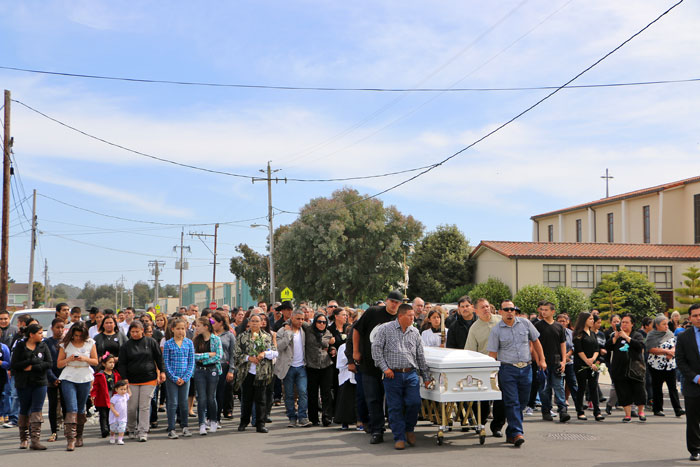 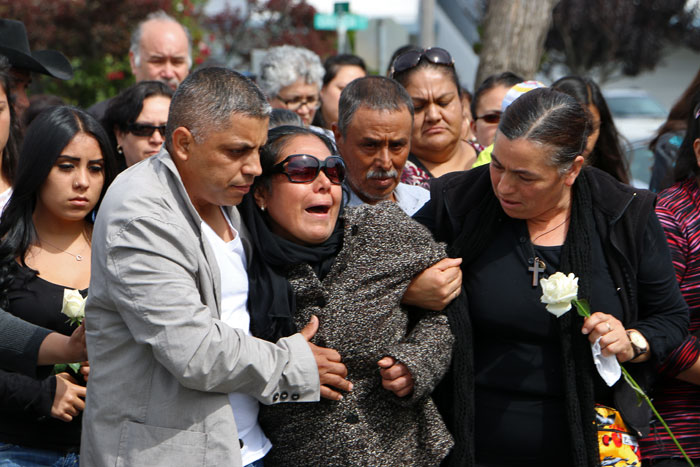 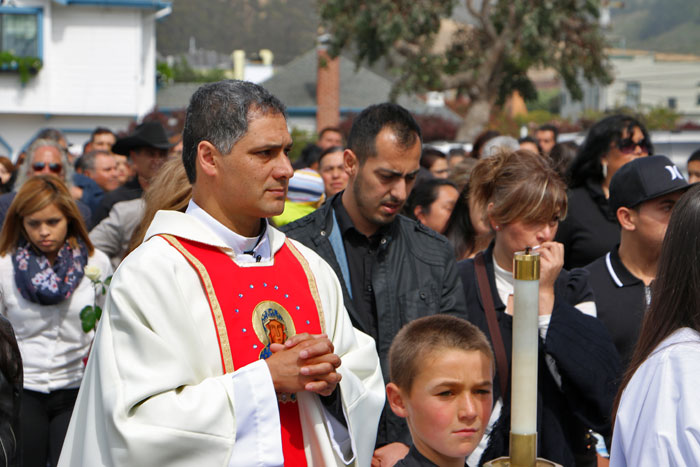 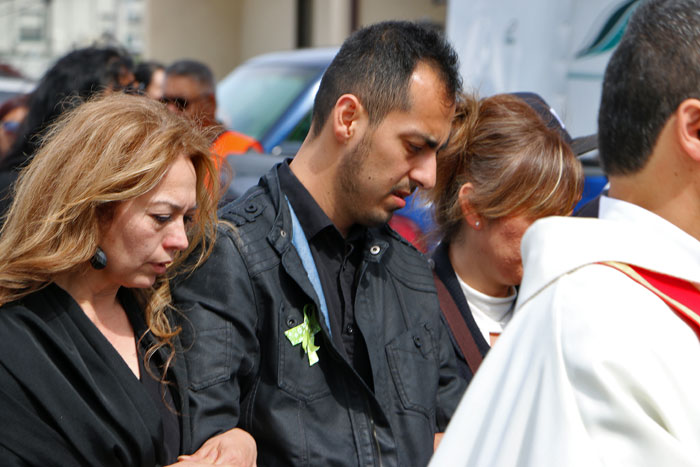 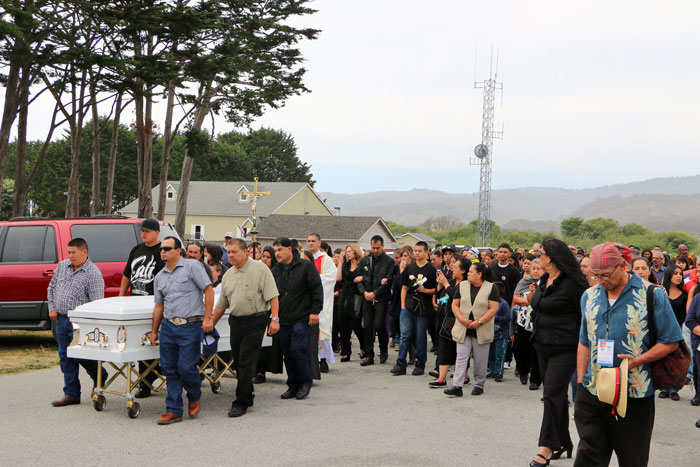 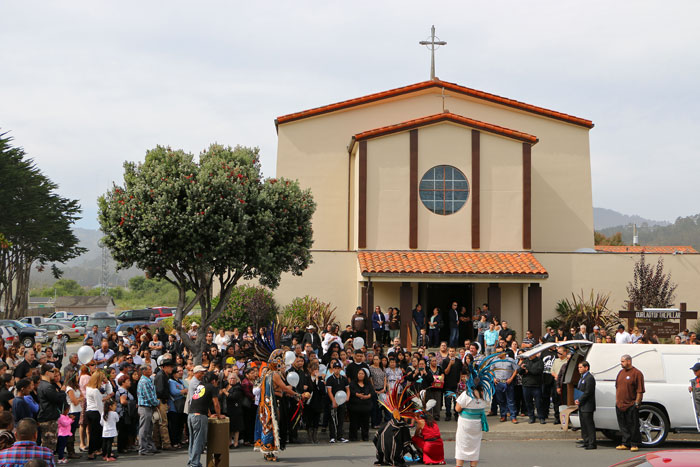 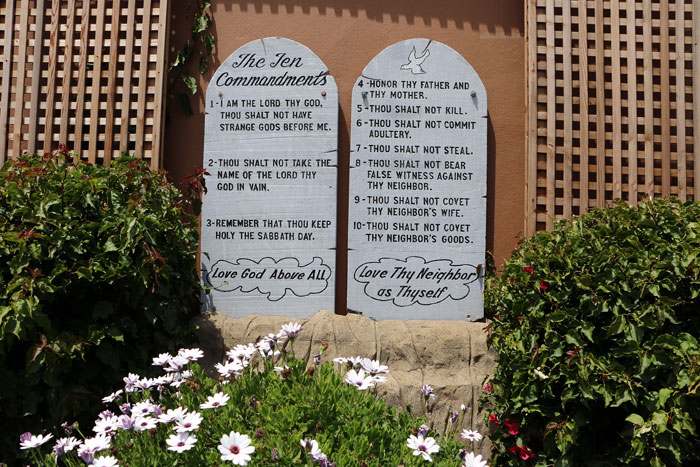 The Ten Commandments displayed in front of Our Lady of the Pillar Catholic Church.
Add Your Comments
LATEST COMMENTS ABOUT THIS ARTICLE
Listed below are the latest comments about this post.
These comments are submitted anonymously by website visitors.