Add an Event
Newswire
Calendar
Features
Home
Donate
From the Open-Publishing Calendar
From the Open-Publishing Newswire
Indybay Feature
Publish to Newswire
Add an Event
Related Categories: Peninsula | Police State & Prisons | Racial Justice
Marching to the Sheriff's Station and City Hall for Justice for Yanira Serrano Garcia
by Alex Darocy (alex [at] alexdarocy.com)
Monday Jun 9th, 2014 8:20 PM
On June 6, family members, friends, and supporters held an interfaith vigil in Half Moon Bay for Yanira Serrano Garcia, the 18-year-old who was killed by San Mateo County Sheriff's Deputy Menh Trieu on June 3. After hearing from religious leaders of several denominations in front of Our Lady of the Pillar Catholic Church, a segment of the group marched around the corner to the San Mateo Sheriff's Half Moon Bay substation where a spontaneous, informal speak out was held. The group then marched to City Hall downtown and marched along Main Street.
Copy the code below to embed this movie into a web page:
Download Video (22.9MB) | Embed Video
This was the third vigil held in three days for Yanira.

"We are here for people like Yanira who did not deserve to die," she said.

"She was a special girl to the whole community. I have never felt so scared in Half Moon Bay and I have been here all of my life."

Many residents have echoed that sentiment, saying they are fearful to call the authorities after what happened to Yanira.

Her family had called emergency personnel on the evening of June 3 when Yanira was reportedly having some health issues at her home in the Moonridge housing complex in Half Moon Bay. A San Mateo County Sheriff's deputy arrived instead of medical personnel, and within 20 seconds he shot and killed Yanira. The Sheriff's Office claims the deputy considered Yanira a threat because, according to them, she was in possession of a knife at the time the deputy encountered her. Those close to the family have contested this account and say the knife in question was a butter knife, and the so-called threat could have been handled without killing her.

Friends of the family have referred to Yanira as being a person with "special needs" who had issues taking her medication.

Yanira's friend also made allusions that the sheriff's deputy was not properly trained to help people with a health issue like hers.

"Sadly, they mistook her for something she didn't do, and a cop decided to get his gun out when he could have gotten out his taser, his pepper spray," she said.

"He decided to shoot her, and what happened? She passed away."

There was especially strong support at the march for Yanira from young women who, as a group, were passionately vocal at times.

They chanted "Yanira did not deserve to die," and "Indict the killer cop" as they marched downtown, hoping others would join them in their search for justice. 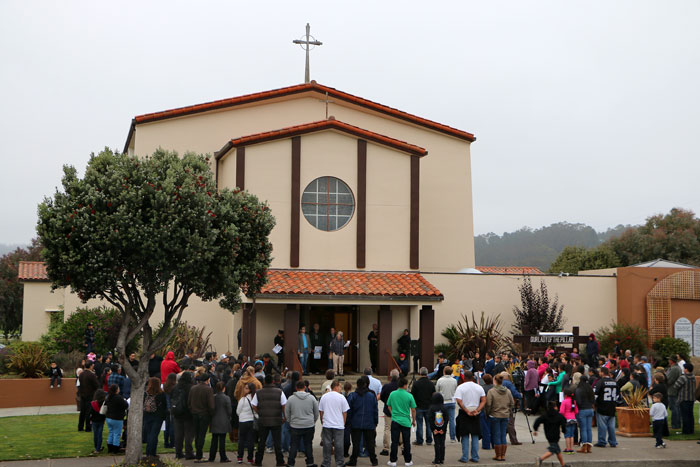 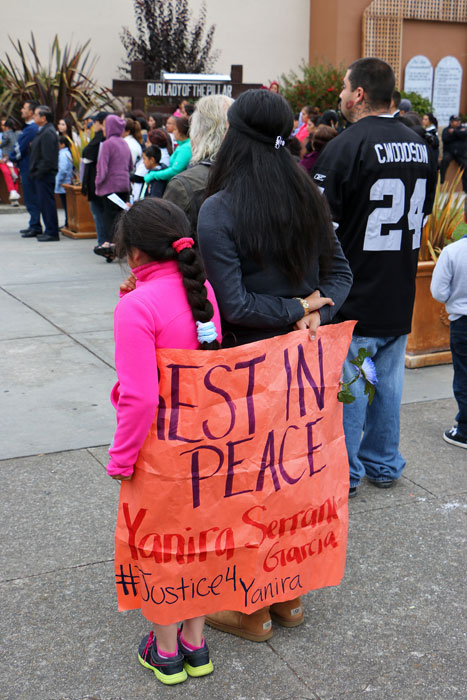 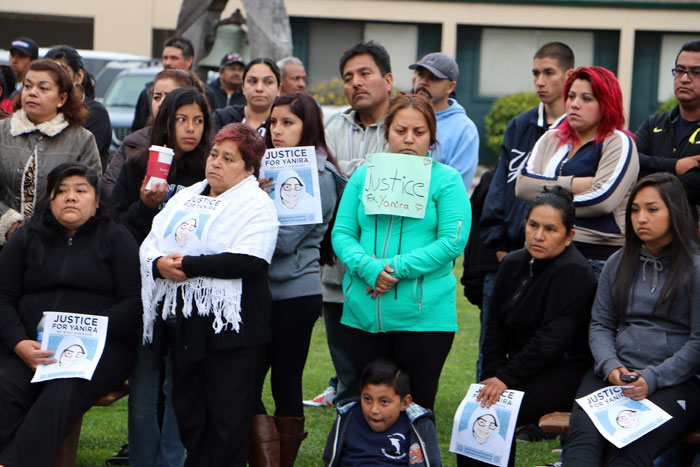 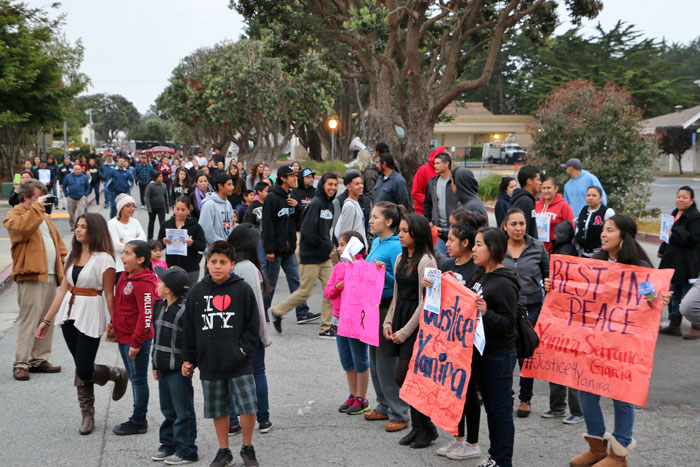 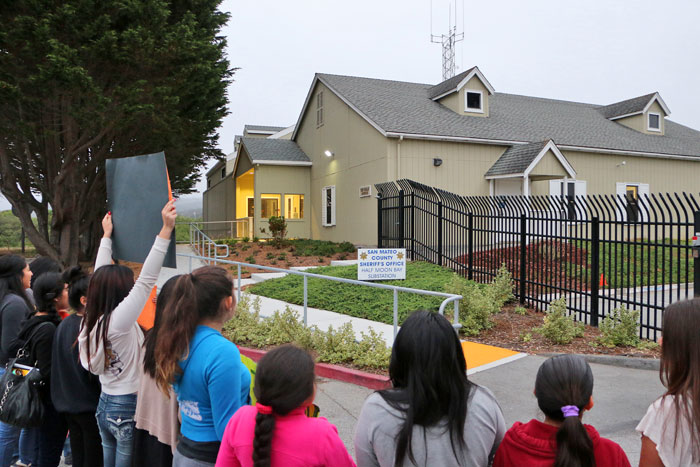 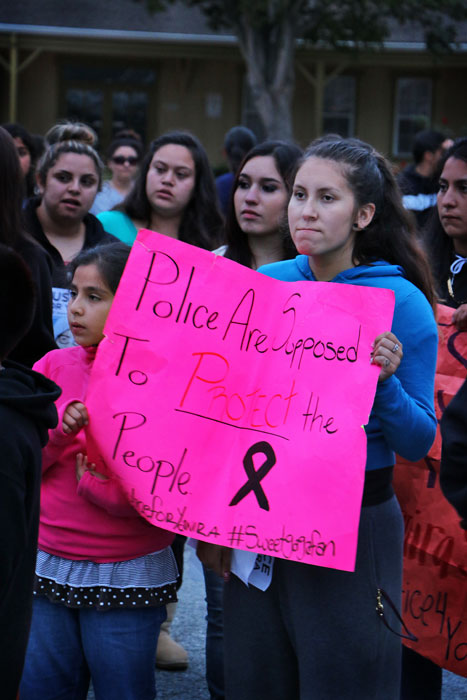 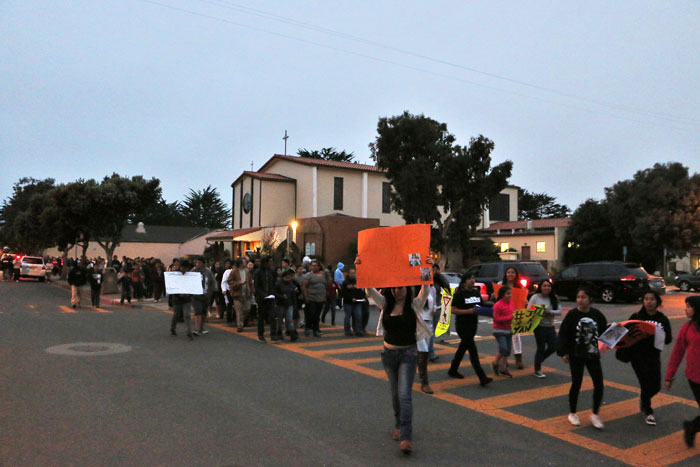 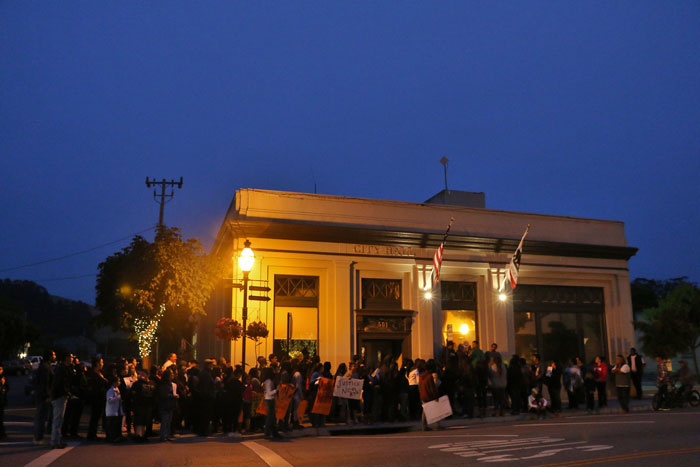 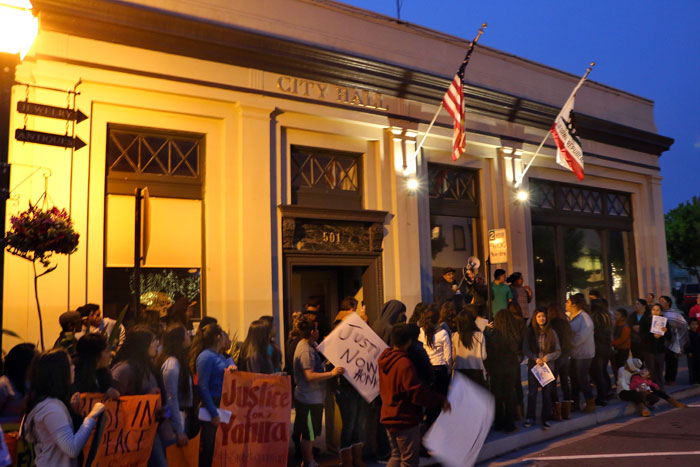 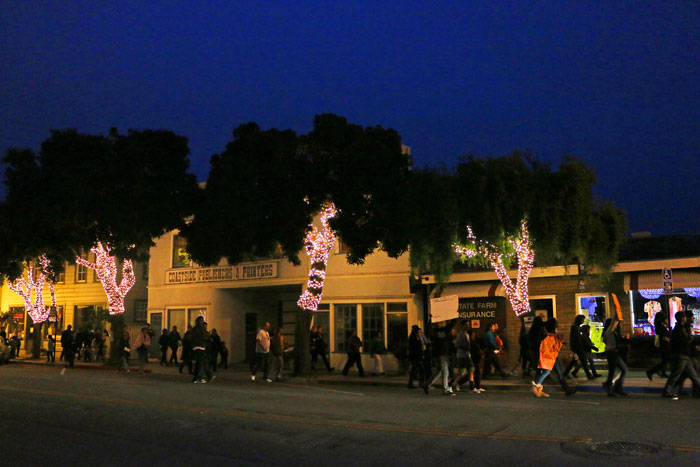 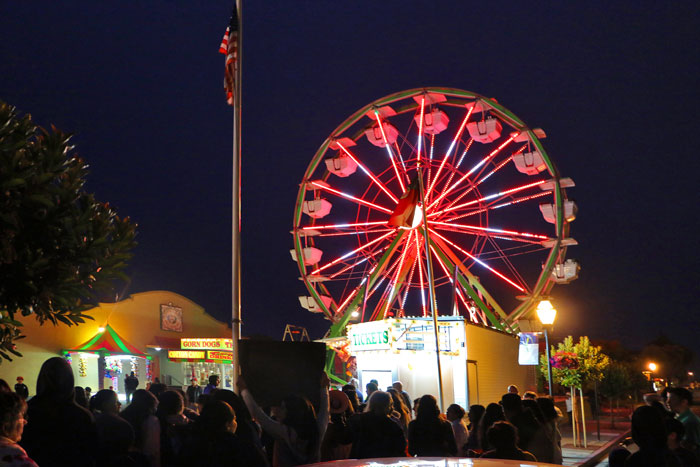 §Ramon Cairo speaks (Bilingual)
by Alex Darocy Monday Jun 9th, 2014 8:20 PM
Copy the code below to embed this movie into a web page:
Download Video (49.2MB) | Embed Video
Ramon Cairo, of the Justice Coalition for Andy Lopez in Sonoma County, speaks in front of Our Lady of the Pillar Catholic Church in Half Moon Bay.
Add Your Comments
LATEST COMMENTS ABOUT THIS ARTICLE
Listed below are the latest comments about this post.
These comments are submitted anonymously by website visitors.