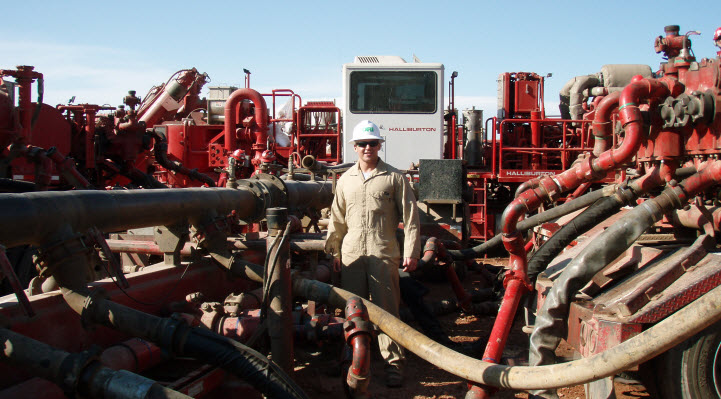 Five days after a bill calling for a moratorium on fracking in California failed in the State Senate, a non partisan watchdog group revealed that those who voted against the legislation or abstained from voting on it received many times more in campaign contributions from the oil and gas industry than those who supported the bill.

State Senators voting 'NO' on the fracking moratorium bill on Thursday, May 29 received 14 times as much money the oil and gas industry, on average ($25,227), as senators voting 'YES' ($1,772) from January 1, 2009 to December 21, 2012, according to MapLight, a non profit organization revealing money's influence on politics.

Under intense pressure from the Western States Petroleum Association, Chevron, Occidental Petroleum and other oil companies, the Senate failed to pass Senate Bill 1132, legislation that would have placed a moratorium on oil and gas well stimulation treatments, including hydraulic and acid fracturing, until the government completes a scientific study of the practices' impacts on human and environmental health. The bill was authored by Senators Holly Mitchell and Mark Leno.

The final vote was 16-16, with eight Senators not voting. Twenty-one votes were required for the bill to pass. Three of those with no vote recorded – Leland Yee, Rod Wright and Ron Calderon - have been suspended from the Senate due to corruption allegations.

Senator Jeanne Fuller (R), who received $52,300 from the oil and gas industry, more than any other senator voting on the bill, voted 'NO'.

Fuller is known not only for her big contributions from the oil and gas industry but from corporate agribusiness in Kern County. It was Fuller who sponsored legislation to eradicate striped bass in the Bay-Delta estuary, a bill that failed twice due to massive opposition by recreational anglers and grassroots environmentalists.

The MapLight analysis of campaign contributions from PACs and employees of oil and gas interests to legislators in office on the day of the vote was during the period from January 1, 2009 - December 31, 2012. The National Institute of Money in State Politics was the data source for the campaign contributions.

For more information, go to: http://maplight.org/content/fracking-oil-gas-hydraulic-fracturing-ca-legislature-bill?utm_source=Fracking+Bill+Killed+by+CA+Leg.&utm_campaign=CA+SB+1132+-+Fracking+Bill&utm_medium=email

The failure of the fracking moratorium bill on May 29 is a classic example of the inordinate power that the oil industry, the most powerful corporate lobby in Sacramento, exerts over California politics.

But Big Oil exerts its influence not just by making campaign contributions, but by lobbying legislators at the State Capitol. The Western States Petroleum Association, the most powerful corporate lobbying group in Sacramento. spent $123.6 million to lobby elected officials in California from 1999 through 2013. This was an increase of over 400 percent since the 1999-2000 legislative session, when the industry spent $4.8 million.

The combination of the $143.3 million in political candidate and campaign contributions and $123.6 million spent lobbying legislators amounts to a stunning $266.9 million over the past 15 years.

The report, “Big Oil Floods the Capitol: How California’s Oil Companies Funnel Funds Into the Legislature,” also exposes how the oil and gas lobby has spent nearly $15 million to influence Sacramento lawmakers halfway through the 2014-15 legislative session. The record is $25.5 million, set in 2011.

While the mainstream media failed to cover the Common Cause/ACCE report, the LA Times did report on the Maplight report on Big Oil's campaign contributions to legislators voting no or abstaining on the fracking moratorium bill (http://touch.latimes.com/#section/-1/article/p2p-80409776/). This is a very positive development - and I hope that the LA Times reporters and editors do some more indepth research, as I have done, into the power of the oil industry in California.

It is critical to realize that the oil and chemical industry exerts its influence not just through spending enormous sums on lobbying and contributions to political campaigns, but by serving on state and federal government panels. This is a topic that the LA Times and other mainstream media outlets have failed to explore.

You won’t find any mention in the LA Times or other corporate media outlets about one of the biggest conflicts of interest in California environmental history – the key leadership role that a big oil lobbyist played in the creation of alleged “marine protected areas” in California.

The alleged "Yosemites of the Sea" created under Reheis-Boyd's "leadership" fail to protect the ocean from fracking, oil drilling, pollution, military testing, corporate aquaculture and all human impacts on the ocean other than sustainable fishing and tribal gathering. These “marine protected areas” are good for big oil and ocean industrialists – and bad for recreational anglers, Tribal gatherers, commercial fishermen and the people of California.

At the same time that Reheis-Boyd, MLPA Initiative advocates and state officials were greenwashing one of the most corrupt environmental processes in California history, the oil industry was fracking like crazy in Southern California ocean waters.

“In waters off Long Beach, Seal Beach and Huntington Beach — some of the region's most popular surfing strands and tourist attractions — oil companies have used fracking at least 203 times at six sites in the past two decades, according to interviews and drilling records obtained by The Associated Press through a public records request,” reported USA Today on October 19, 2013. (http://www.usatoday.com/story/money/business/2013/10/19/calif-finds-more-instances-of-offshore-fracking/3045721/)

The greenwashing of Big Oil's role in "marine protection"

I suspect that the failure of the LA Times and other mainstream media outlets to report on the prominent role the Western States Petroleum President played in the crafting of fake “marine protected areas” in southern California is because their reporters, editors and publishers have been bamboozled by state officials and corporate “environmentalists” as to what really happened in the MLPA Initiative process.

For example, an article published in the LA Times on December 19, 2012, completely greenwashed the MLPA Initiative fiasco, claiming that "California officials today completed the largest network of undersea parks in the continental United States — 848 square miles of protected waters that reach from the Oregon state line to the Mexican border." (http://www.latimes.com/news/local/la-me-undersea-parks-20121219,0,4717471.story)

This piece, as in previous ones in the Times, failed to address any of the real, substantial criticisms of the Marine Life Protection Act (MLPA) Initiative process by grassroots environmentalists, Indian Tribe members, commercial fishermen, recreational anglers and advocates of democracy and transparency in government, including the role that the Western States Petroleum Association President played in the creation of these alleged “undersea parks.”

The reporter, Kenneth R. Weiss, portrayed a false conflict of "fishermen versus environmentalists" over the MLPA Initiative when the real conflict is one of public policy between those that favor corporate greenwashing and the privatization of conservation and those who oppose corporate greenwashing and the privatization of conservation. The reporter fails to mention any of "inconvenient truths" about the MLPA Initiative, including Catherine Reheis-Boyd’s chairing of the MLPA Blue Ribbon Task Force.

Reheis Boyd has also "served" on other government and non-profit organization commissions and committees, as revealed in her biography published on the Department of Fish and Wildlife website (http://www.dfg.ca.gov/marine/mpa/brtf_bios_sc.asp):

"Reheis-Boyd was appointed by the Governor as a California petroleum industry representative on the Interstate Oil and Gas Compact Commission and is a member of the California Chamber of Commerce Natural Resources and Policy Committee. She has chaired the Bakersfield Chamber of Commerce Air Quality Committee, and was past president of the Sacramento chapter of the Air & Waste Management Association. She has also served as past president of the Kern County Chapter of the American Lung Association, and is a past recipient of the Bureau of Land Management's State Director's Oil and Gas Award for Special Achievement."

To really understand the power of Big Oil in California, you have to look at not just the money spent on campaign contributions and lobbying, but also at the role the oil industry plays on government panels and in manipulating environmental processes.