Add an Event
Newswire
Calendar
Features
Home
Donate
From the Open-Publishing Calendar
From the Open-Publishing Newswire
Indybay Feature
Publish to Newswire
Add an Event
Related Categories: Santa Cruz Indymedia | Police State & Prisons | Racial Justice
Counter-Protesters Question Unconditional Support for SPD at Pro-Police Rally
by Alex Darocy (alex [at] alexdarocy.com)
Sunday Jun 1st, 2014 9:39 AM
In the wake of the three officer involved killings in Salinas, a group has been organizing "support the police" rallies. On May 31, those seeking justice for the individuals killed staged a counter-protest during one of the "support the police" events.
Copy the code below to embed this movie into a web page:
Download Video (52.5MB) | Embed Video
About eleven people protested the unconditional support for the Salinas Police Department that was being shown at the pro-police rally. They held signs inscribed with messages such as "Killer Cops Off Our Streets" and "Desarmen a la Policía," which translates to "Disarm the Police."

The counter-protesters stood on one corner of the intersection of West Alisal Street and Lincoln Avenue, which is near the Salinas police station. The pro-police demonstrators stood at the other three corners, as they outnumbered the counter-protesters by a ratio of about three to one.

For the duration of the protest the two groups chanted back and forth at each other, occasionally engaging in minor rounds of verbal jousting. For example, one pro-police demonstrator shouted out that the SPD protected them from "criminals" and a counter-protester yelled back at her, "a gardener isn't a criminal, he is a gardener."

Carlos Mejia, who was killed by two officers with the SPD on May 20, was attempting to find work as a gardener and was carrying garden shears when he was shot.

There were some moments of tension when individuals from the two groups interacted more closely with each other. One pro-police demonstrator claimed she tripped and fell on the street, and that she was laughed at and insulted by two of the counter-protesters. The counter-protesters claimed the woman called one of them the "N" word. A pro-police demonstrator later confirmed that racial language was indeed used, but that news reporters should focus not on that incident but on the "positive" messages in support of police that were being spread.

Later in the rally the same woman who said she tripped could be heard yelling pejoratives across the street, and telling individuals to "go back to Stockton." A rumor that the counter-protesters were from Stockton was started earlier in the day by an SPD officer who gave the group that "information," individuals on the pro-police side of the rally said.

The majority of the counter-protesters were residents of Salinas and or Monterey County, however, and early on one local Salinas man who happened to be walking by joined their group. He was African American and said he could relate to what they were saying because he was recently beaten up by police officers when he was simply attempting to walk home.

"I am a football player and the police still beat me" he explained.

There didn't appear to be any physical confrontations between pro-police demonstrators and the counter-protesters. Individuals tended to stay on their own side of the street. One of the pro-police demonstrators, however, claimed there were several undercover police officers there to "protect" them from the counter-protesters, and two uniformed officers with the SPD could be seen watching the protest from the second level of a nearby parking structure. Near the end of the protest, Salinas Mayor Joe Gunter joined the officers to watch the event from atop the structure. He is a former police officer himself, and said he came down because he was "curious," but that he did not want to join either side at the rally.

Race was invoked one other time by the pro-police group when a demonstrator described why she was at the rally to support police.

She said she was there because, "the Indians have been expressing so much anger with us." She was referring in a general sense to those who have been protesting the police killings in Salinas, and she later adjusted her language and referred to them as "Mexicans."

The woman, who was white, asked "Who built this town?"

"My family has been here for 200 years," she said, answering her own question.

The implication was that it was important to her that what was built be protected, and that it is the Salinas Police Department who is tasked with that duty. 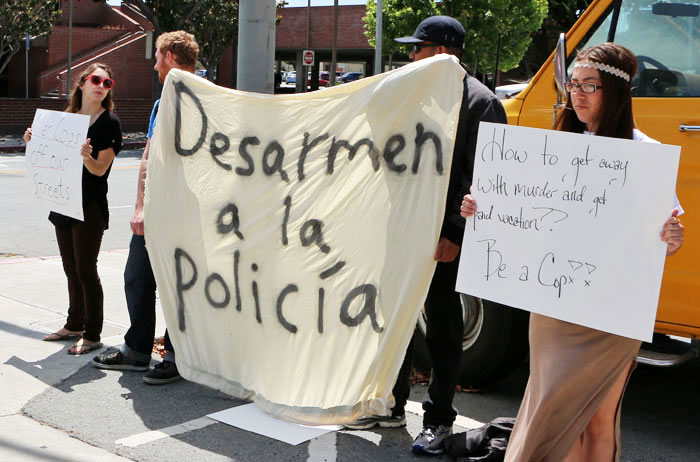 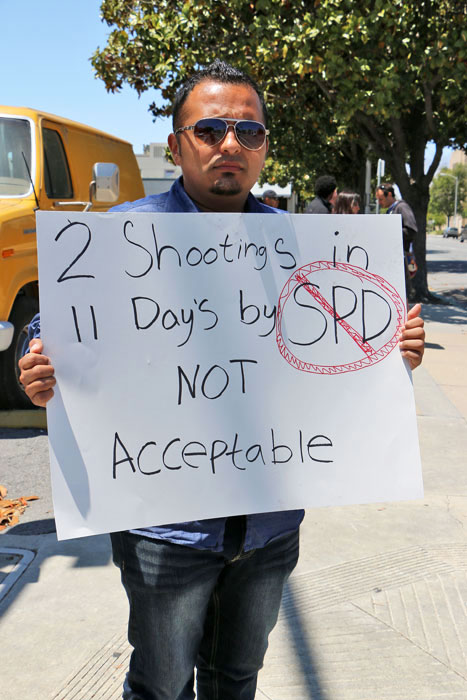 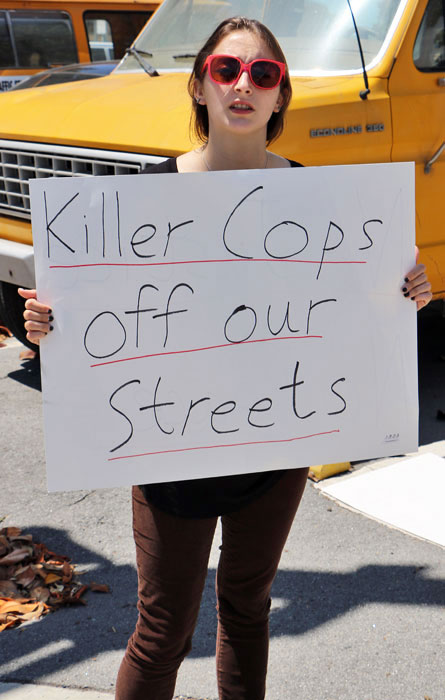 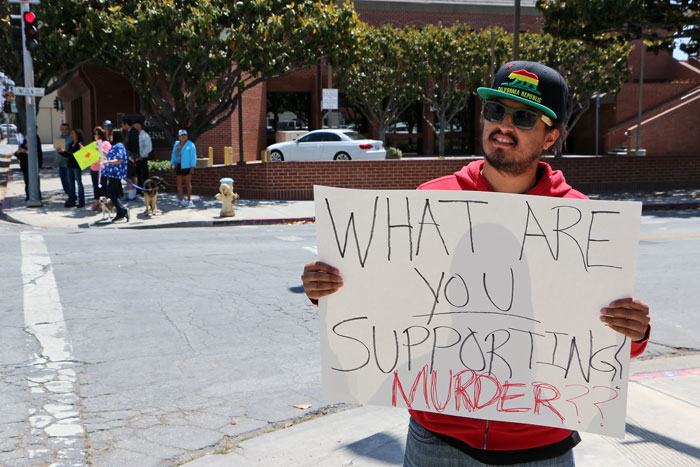 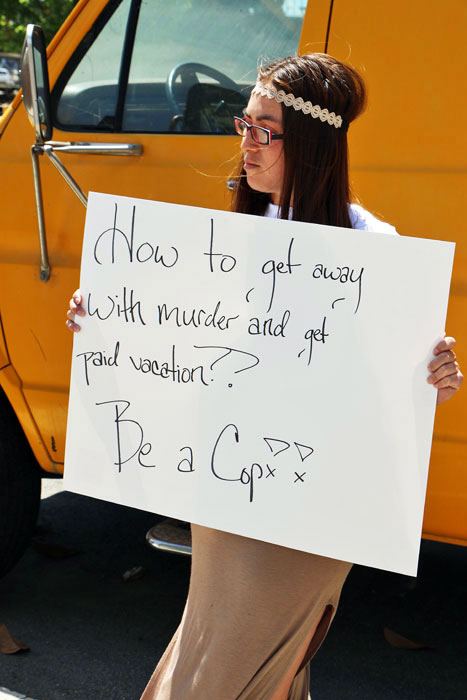 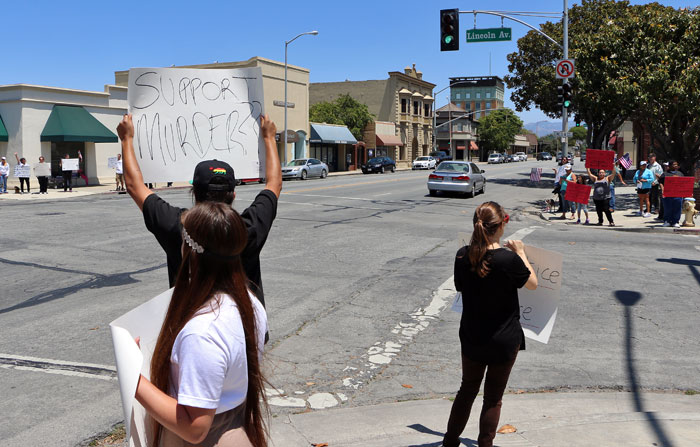 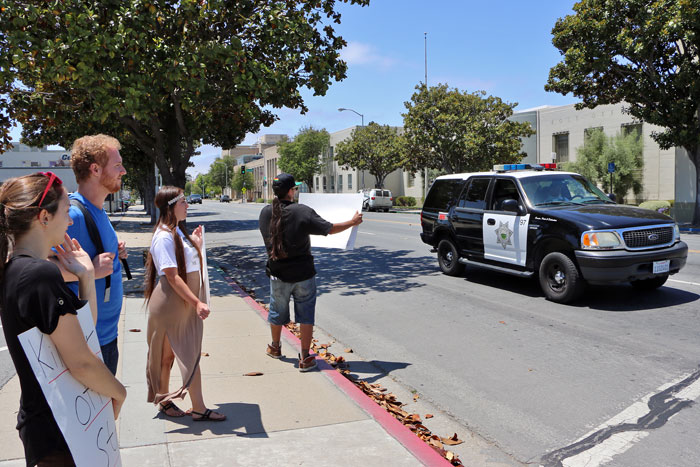 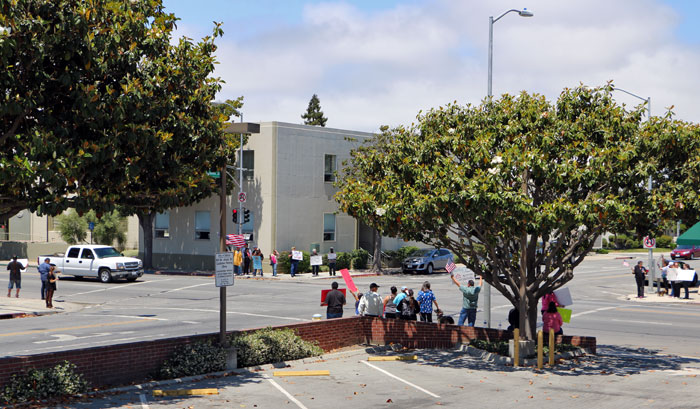 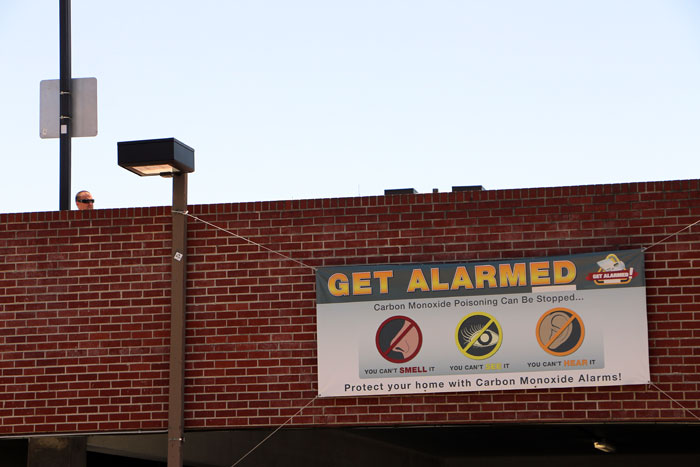 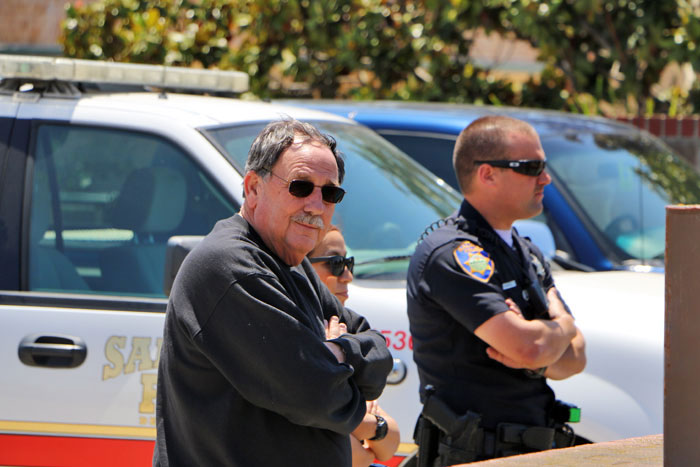 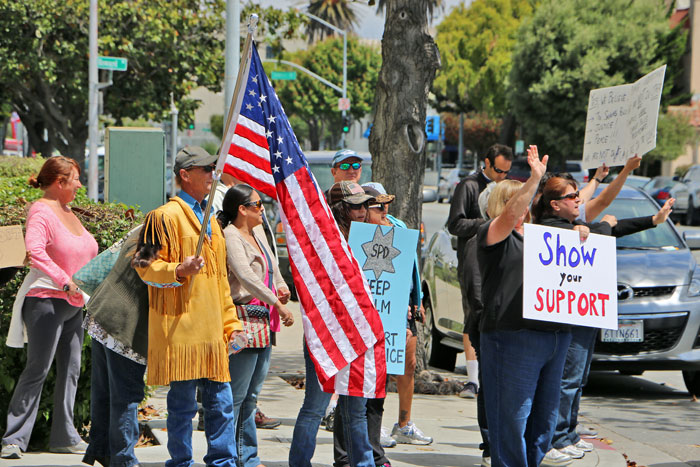 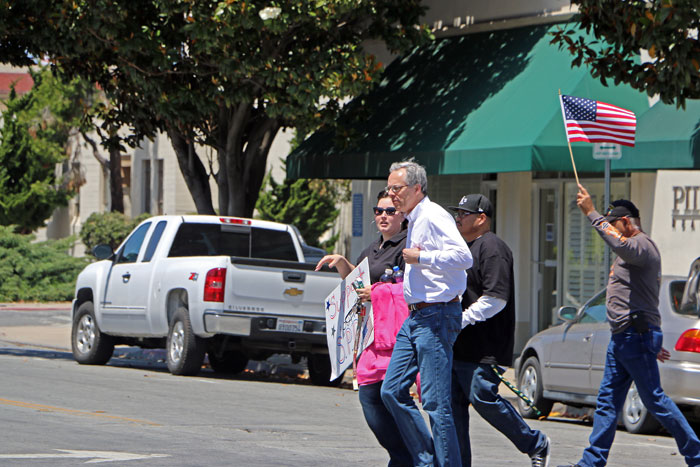