Add an Event
Newswire
Calendar
Features
Home
Donate
From the Open-Publishing Calendar
From the Open-Publishing Newswire
Indybay Feature
Publish to Newswire
Add an Event
Related Categories: International | Health, Housing & Public Services
Victory in Barcelona: "Can Vies" Squat Solidarity Prevents Eviction
by CanViesSolidarity
Sunday Jun 1st, 2014 8:28 AM
Four days of demonstrations, riots, and direct actions throughout Spain after the Barcelona Squat "Can Vies" was initially attacked by police and partially destroyed have resulted in capitulation of the city government. The Squat will no longer be evicted! 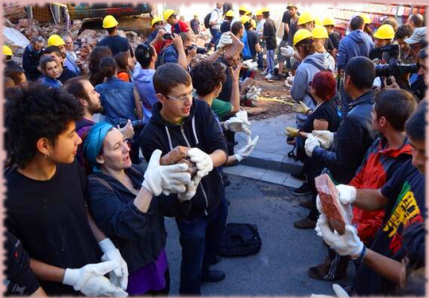 Four days of demonstrations, riots, and targeted direct actions throughout Spain and around Europe after the Barcelona Squat "Can Vies" was initially attacked by police and partially destroyed have resulted in capitulation of the city government. The "Can Vies" Squat will no longer be evicted, and volunteers are today helping rebuild amid the burnt-out hull of wrecking equipment still located on the property (see photos).

Once more, solidarty and direct action get the goods -- viva anarquia!


Spain continues to experience a strong resurgence in anarchist activism, neighborhood assemblies and grass roots solutions to problems caused by the economic crisis of 2008 and subsequently applied shock doctrine. Economic crises and disasters do not necessarily have to result in private corporations and mercenary armies taking control of public life, the people are fully capable of rising to the occasion. 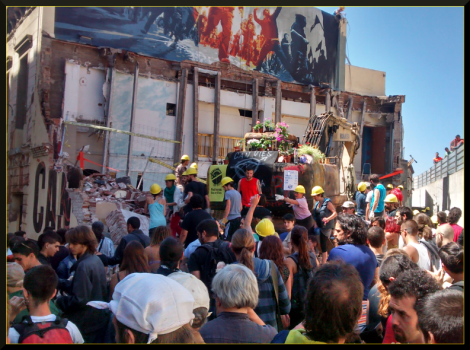 Volunteers from the community help to rebuild Can Vies squat.
https://linksunten.indymedia.org/en/node/1...
Add Your Comments
LATEST COMMENTS ABOUT THIS ARTICLE
Listed below are the latest comments about this post.
These comments are submitted anonymously by website visitors.