Add an Event
Newswire
Calendar
Features
Home
Donate
From the Open-Publishing Calendar
From the Open-Publishing Newswire
Indybay Feature
Publish to Newswire
Add an Event
Related Categories: South Bay | Education & Student Activism | Immigrant Rights | Police State & Prisons | Racial Justice
Candlelight Vigil Marks Third Month Since Antonio Lopez was Killed by SJSU Police
by Alex Darocy (alex [at] alexdarocy.com)
Thursday May 22nd, 2014 12:06 PM
A candlelight vigil was held in San Jose on May 21 to mark the three month anniversary of the death of Antonio Guzman Lopez, who was killed by San Jose State Police near the university on February 21. Antonio was shot in the back by police twice in broad daylight, and Laurie Valdez, the widow of Antonio and mother of Josiah Antonio Lopez, still has not received the police report or coroner's report on his killing from any agency. "I want answers and it's three months already and I don't have nothing at all," she said at the vigil. The San Jose Police Department and the University Police Department are not returning her calls or revealing what the officers' uniform-mounted cameras recorded that day. [Top video: Laurie Valdez speaks.]
Copy the code below to embed this movie into a web page:
Download Video (80.6MB) | Embed Video
The intimate vigil was organized at the last minute when Antonio's parents arrived from Nayarit, where they live and where Antonio is now buried. Antonio's mother, who spoke briefly at the vigil, wanted to see where her son died. In April Laurie described Antonio as a, "loving son, brother, father, and partner...a hard worker, and a friendly and generous person who was always willing to help others."

"As an undocumented immigrant Antonio would never jeopardize his presence here, if for no other reason than to protect and stay for our son Josiah. To risk deportation was not something Antonio would ever do, he never wanted to be separated from his son, but this has happened anyhow, permanently and tragically," she said

In addition to his four-year-old son, Josiah, Antonio was also a loving father to Laurie's daughter Angelique.

At the vigil, Josiah could be seen happy and playing, even though he has suffered greatly since the loss of his father. Laurie told the group that Josiah, "wakes up every night, crying, saying the monsters are going to get him," adding, "he tells me every other day that he wishes he could grow up so that the cops could kill him and he could see his dad again."

"My son is going to end up being a statistic of the crimes that are committed because he's going to be upset about what happened to his father."

Family, friends, and supporters are seeking "Justice for Josiah".

"Between all of us we will get the justice that Josiah deserves for not having a dad," Laurie said.

"If we can get Justice for Josiah, Antonio's death will not have been in vain."


For more information about Justice For Josiah/Justicia Para Josiah, see: 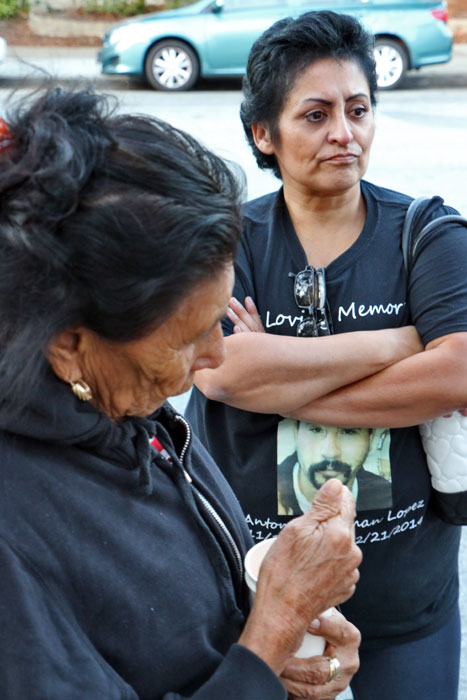 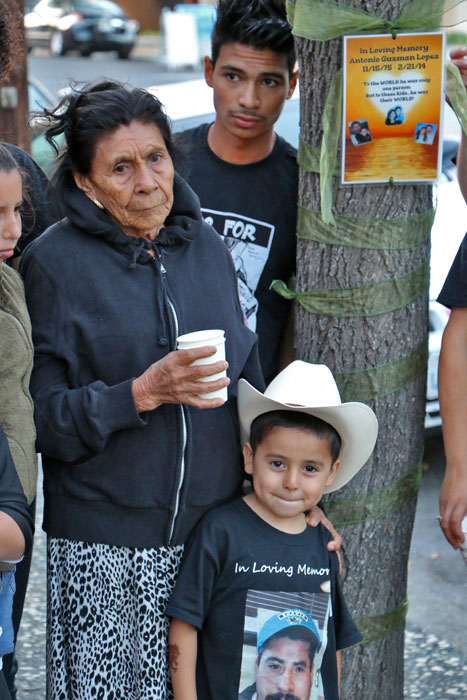 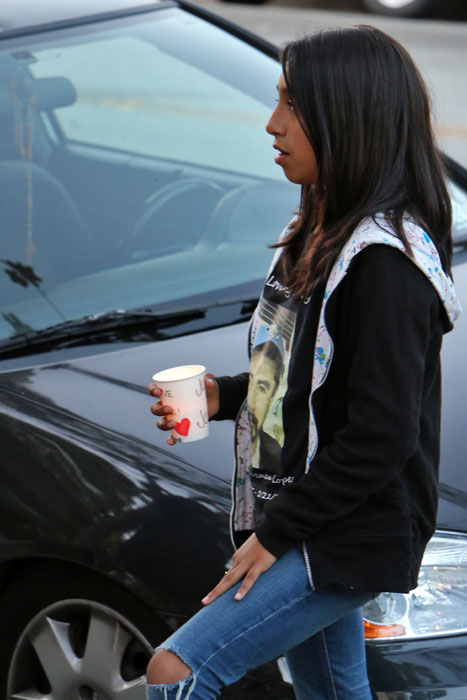 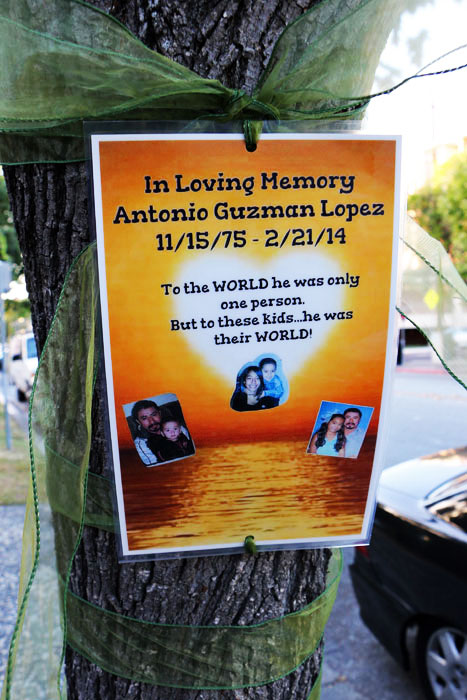 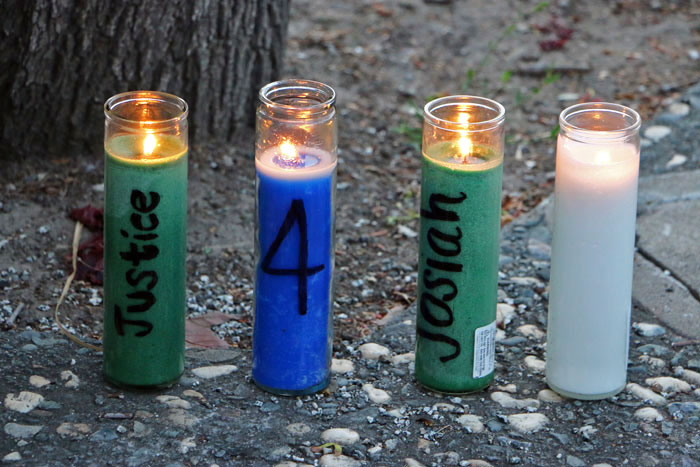 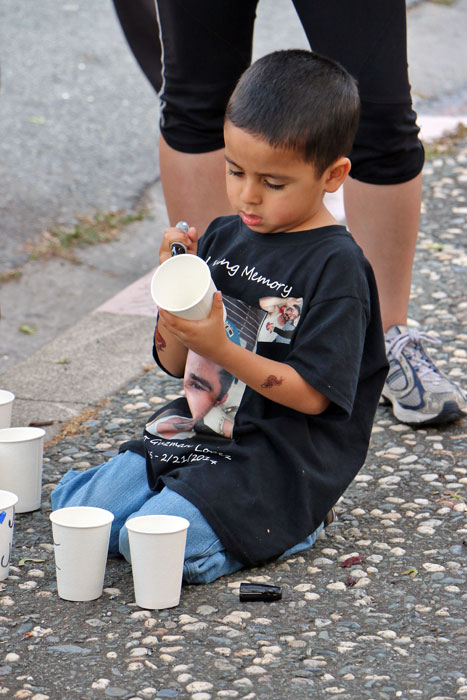 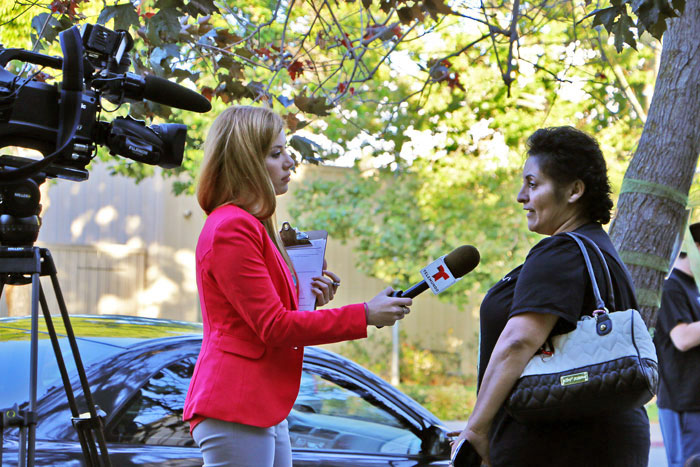 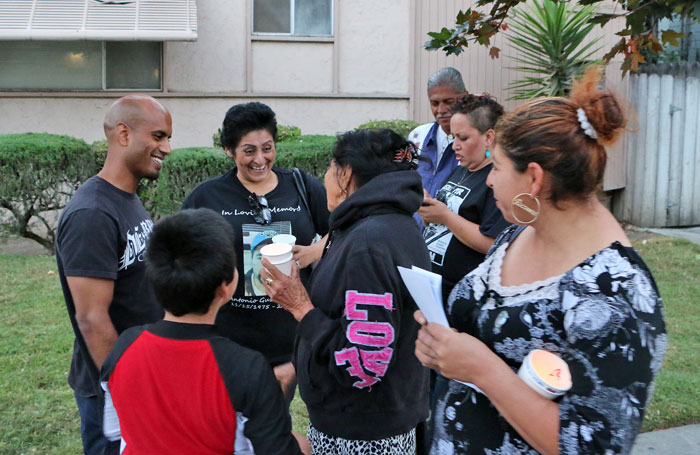 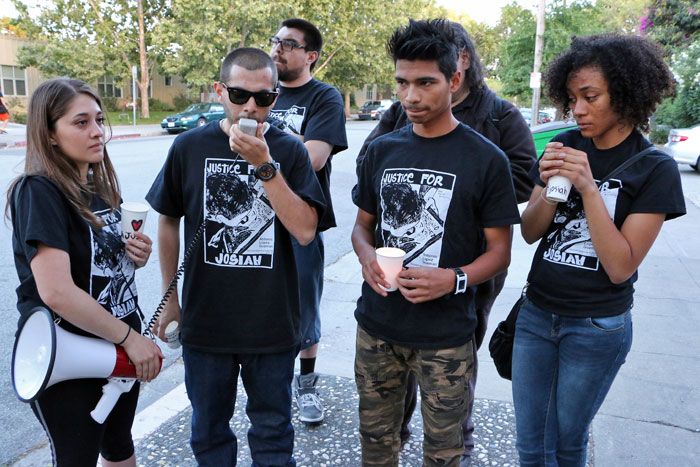 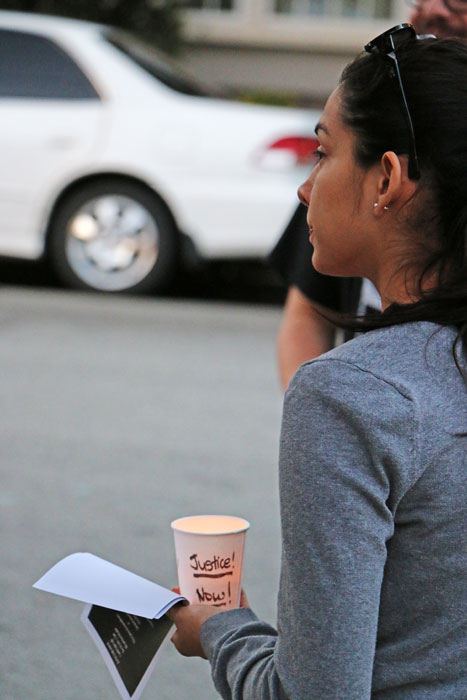 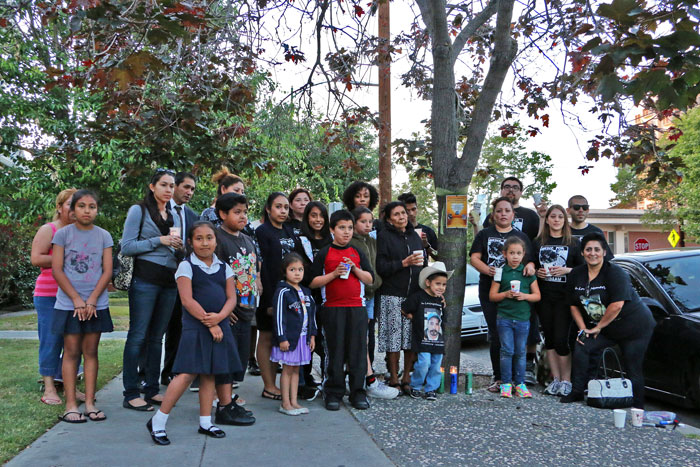