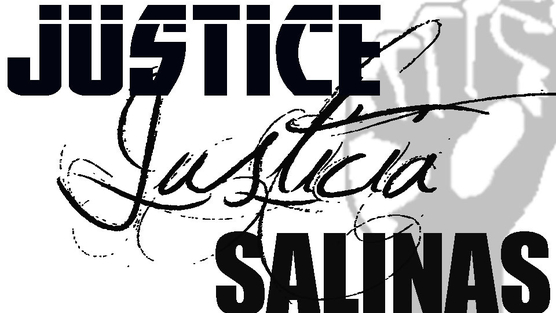 The East Salinas community is in need of clarity and answers in the wake of a series of police shootings in our neighborhood streets. There has been a historic practice seen in law enforcement that targets boys and young men of color in cities across California, and we have watched it unfold over the past two weeks on our own streets. It is critical our law enforcement officials are transparent in their actions, held accountable for their behavior, and properly trained to provide culturally responsive and socially conscious patrol and procedural practices to ensure the trust, safety, and communication needed to successfully serve in the best interest of our community. East Salinas and the broad community deserve dignity and answers from the officials whose salary is funded from our own tax dollars, earned by the field workers and laborers who look and live just like the two men who have lost their lives in front of our homes.

In solidarity let us move toward justice and equity and for those who have for so long been silenced by fear in East Salinas... Our hearts are with the families who lost their sons, fathers, and brothers; and with the children and families who stood feet away to watch the tragic loss of life that has taken place in the 93905. Please let local officials know this behavior is unacceptable and we as a community will no longer stand for the injustice that has bred a culture of fear and silence. East Salinas is home to family, community, and strength that can no longer be cast aside by elected representatives and local government.

" The disparate treatment of minorities in the American criminal justice system begins at the very first stage of that system: the investigation of suspected criminal activity by law enforcement agents. Police departments disproportionately target minorities as criminal suspects, skewing at the outset the racial composition of the population ultimately charged, convicted and incarcerated. And too often the police employ tactics against minorities that simply shock the conscience" (Justice On Trial: Racial Disparities in the American Criminal Justice System).

To:
City of Salinas Police Department
End the murdering of East Salinas residents through unnecessary force and violence, and adopt a set of policies and procedural practices that respect and humanely treat residents of our community.
Sincerely,
[Your name]

Sign petition: https://www.change.org/petitions/city-of-salinas-police-department-end-the-unjust-violence-against-east-salinas-residents-through-unnecessary-force-assault-and-gunfire-adopt-a-set-of-policies-and-practices-that-respect-and-humanely-treat-our-community
Add Your Comments
Support Independent Media
We are 100% volunteer and depend on your participation to sustain our efforts!