Add an Event
Newswire
Calendar
Features
Home
Donate
From the Open-Publishing Calendar
From the Open-Publishing Newswire
Indybay Feature
Publish to Newswire
Add an Event
Related Categories: Santa Cruz Indymedia | Government & Elections | Police State & Prisons
Increases in Prison and Jail Spending in Governor's Revised Budget Opposed in Santa Cruz
by Alex Darocy (alex [at] alexdarocy.com)
Thursday May 15th, 2014 7:40 PM
Residents and representatives of community organizations in Santa Cruz rallied outside of the court house on May 14 to voice their strong opposition to the Governor's May revise budget, which calls for an increase in spending for jail and prison expansion. According to Californians United for A Responsible Budget (CURB), spending on corrections in the state will rise 2.9%, and total spending on prisons will top $12 billion if the budget revision is adopted. Similar rallies were also held in San Francisco, Bakersfield, Los Angeles, San Bernardino, and San Diego. [Top video: Courtney Hanson of Sin Barras, Tash Nguyen of Sin Barras, former inmate Frank Alvarado, Simba Kenyatta of the NAACP, and Willow of Sin Barras speak.]
Copy the code below to embed this movie into a web page:
Download Video (114.2MB) | Embed Video
"We are out here today because we know that if we put this money toward restoring social services, and the social safety net for the state of California, that we won't be locking up as many people because these two things are directly related," said Courtney Hanson of the organization Sin Barras.

"They take funding away from services that people need to survive," she said.

Sin Barras has emphasized there is $5 billion that is available right now in the budget to fund social services, yet funding to begin the expansion of medical parole, to begin an elder parole program, and to create a parole process for non-violent and non-sexual second strikers has been cut to half what it was in the Governor's January budget.

Also speaking at the rally was Frank Alvarado, a former inmate who described making it through eleven years of "hell" while incarcerated. He cautioned that building more prisons at the sacrifice of schools and parks would lead to devastating results for California.

"You will have your hell if you build those prisons," he said.

Members of the Santa Cruz branch of the National Association for the Advancement of Colored People (NAACP), Homeless United for Friendship and Freedom (HUFF), and Restore the Fourth Santa Cruz all spoke about the expansion of the law enforcement and corrections industries.

Simba Kenyatta of the NAACP discussed the need to expand drug court and social services for local youth, and tying it into what activists call the, "school to prison pipeline."

"We need to start thinking differently. One thing about working with youth I realize just how much money they don't get," he said, "[...]because we are trying to put them in prison."

Robert Norse of HUFF spoke about how recent changes in local ordinances now allow homeless people in Santa Cruz to be arrested and brought to jail if caught three or more times for the basic act of sleeping outside.

"There is a whole series of anti-homeless laws that continue to get worse in Santa Cruz," he said, "and jail is the option, the threat they are holding over the heads of the homeless."

Norse described how this process of criminalizing homeless people is increasingly being compared to the school to prison pipeline.

"This is the street to jail assembly line," he said.

Colin Campbell Clyde of Restore the Fourth Santa Cruz spoke about the escalating threat of the National Security Administration (NSA) to civil liberties, and how the expansion of spying and surveillance at the national level affects local law enforcement budgets, citing the example of the procurement of automatic license plate readers by the Santa Cruz Police Department.


For more information about Californians United for A Responsible Budget, see:
http://curbprisonspending.org/

For more information about Homeless United for Friendship and Freedom, see:
http://www.huffsantacruz.org/ 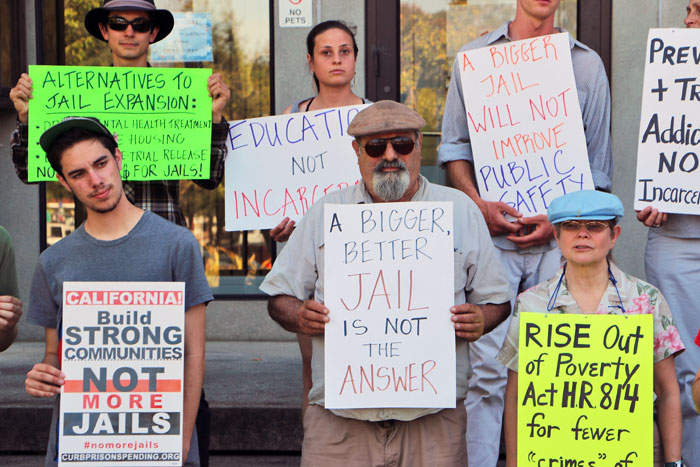 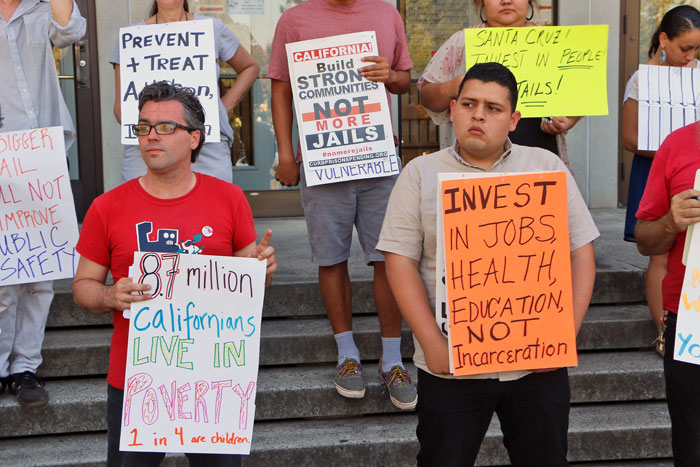 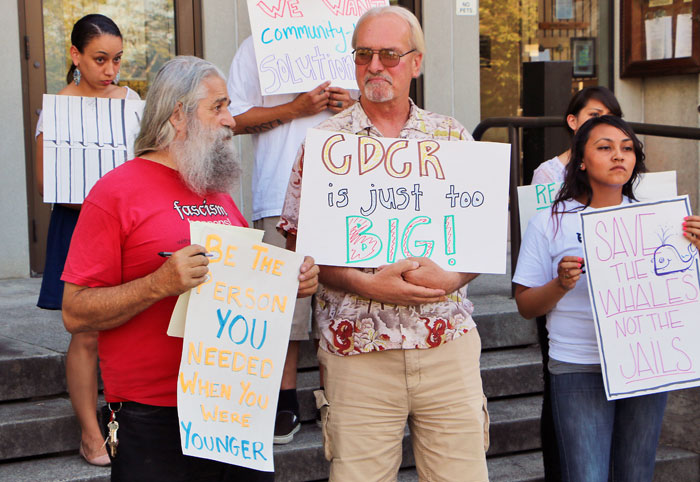 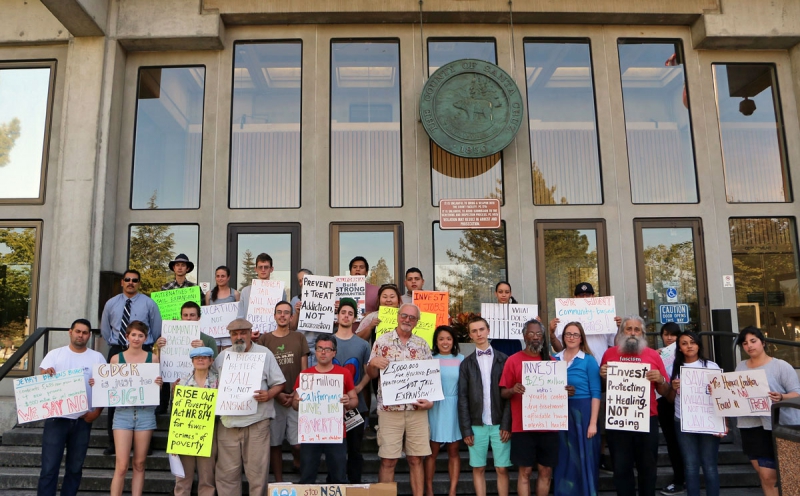 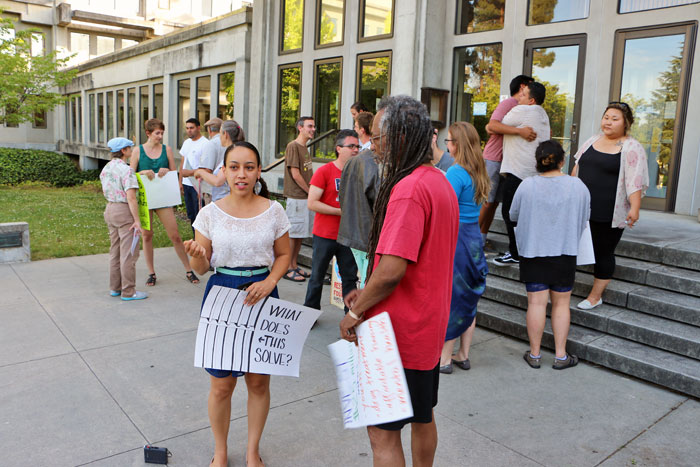 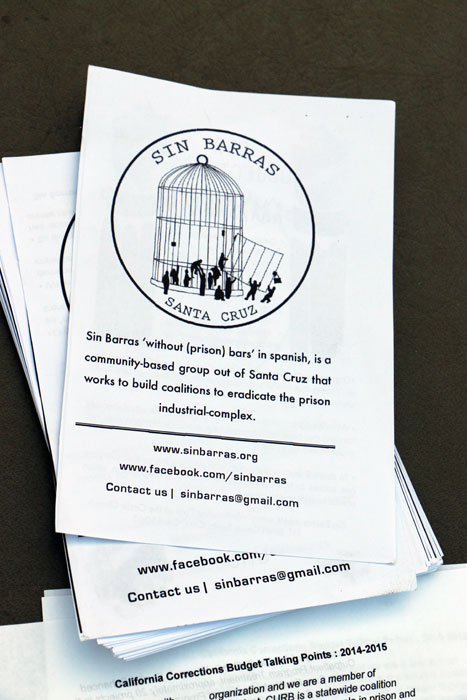