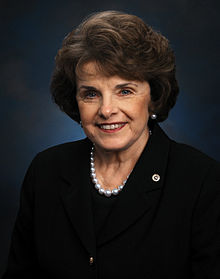 Restore the Delta (RTD) joined other experts on Wednesday, May 14 to slam the lack of an Implementing Agreement (IA) for the Bay Delta Conservation Plan (BDCP) to build the peripheral tunnels and the failure of water exporters to make their financial payments.

The also criticized the ceding of partial control of the State Department of Water Resources to water contractors, as first revealed in an internal memo from DWR Director about the creation of two new BDCP entities that was exposed by this reporter on the morning of Friday, May 9 and then later picked up by the Central Valley Business Times, Sacramento Bee, Stockton Record, National Public Radio and many other media outlets. (http://www.dailykos.com/story/2014/05/09/1298146/-Department-of-Water-Resources-establishes-two-new-sections-to-implement-tunnel-plan, http://www.indybay.org/newsitems/2014/05/11/18755646.php)

In addition, the experts outlined that harm that would result from Sen. Feinstein’s S 2198, a controversial piece of legislation that uses the current drought to roll back protections for Central Valley salmon and Delta fish populations.

The audio of the teleconference is available at: https://soundcloud.com/restorethedeltamedia/teleconference-514-experts-criticize-flawed-bdcp-process-feinstein-federal-rollbacks.

Below is a summary of key quotes and information from the teleconference:

“Permitting is not complete,” said Barbara Barrigan-Parrilla, executive director of RTD, a group opposing Gov. Brown’s rush to build Peripheral Tunnels to drain the Delta and doom sustainable farms, salmon and other Pacific fisheries, said, “There is no financial plan or agreement. The Implementing Agreement will not be released to the public until after the public comment period on the BDCP and its EIR/EIS is complete.”

“Yet, DWR is moving forward to implement the project. It’s clear the fix is in, and that public comment will have no impact on the governor’s decision to build these tunnels that mainly benefit a few hundred industrial mega-growers growing permanent crops for export on unsuitable land with subsidized water,” she stated.

“Now, the Brown Administration is yielding key authority to the special interests who say they will pay for the tunnels. It looks like the people of California are already paying for the tunnels, even though they haven’t been approved.”

RTD released documents obtained through Public Records Act (PRA) requests showing that the Federal CVP Contractors are already falling behind in payments, and that is just during the planning phase, according to RTD.

The BDCP’s own chart shows funds will be exhausted by July 2014. The chart also shows that Westlands Water District is not keeping up with its payments.

Kern County Water Agency has qualms about the costs of the tunnels. It seems unlikely that Westlands and Kern Water Districts can produce enough profits per acre to support this financing of a water tunnel house of cards. That means even more of the cost burden will shift to the taxpayers and water ratepayers of California.

Dr. Jeff Michael, a University of the Pacific economist, has repeatedly warned that the cost of BDCP water was too expensive for agriculture and that urban consumers would have to subsidize the agricultural water.

Bill Jennings, executive director of the California Sportfishing Protection Alliance (CSPA), told reporters that the Implementation Agreement (IA) spelling out the key financing, governance and operational aspects of the massive project “is being kept a secret even as the public comment period draws near a close.

“Hiding important structural and operational details in an unreleased Implementation Agreement sabotages the ability of the public to meaningfully comment on the project. It wastes the many thousands of dollars and hours spent reviewing, analyzing and commenting on documents that are going to have to be re-circulated because crucial operational details were excluded,” said Jennings.

Osha Meserve, counsel for Local Agencies of the North Delta (LAND), questioned the Brown Administration’s ceding key authority over the tunnels project to the special interests who will benefit from its construction so they can take more water of better quality.

“The people of California have a right to an independent state agency that will represent our interests. But the Department of Water Resources is yielding key decisions to the water exporters, whose main concern is to reduce the cost and maximize the water they can take. Their accountability is to their own ratepayers and not to the overall public interest, or to Delta communities at ground zero. To what extent is DWR a truly independent public agency on this project?”

Meserve said, “The water contractors will be running the construction and, in large part the mitigation program. Yet, federal contractors are behind in their payments and the entire BDCP is currently slated to run out of money in October. The new DWR BDCP Office and the DHCCP Design and Construction Enterprise appears to be a means by which contractors are being relieved of some of the ongoing planning costs of the BDCP.”

Jennings said the new joint construction office within the DWR shows that the taxpayers will get stuck with the financial burdens that water exporters don’t meet.

“This move shifts administrative costs of the project from the water takers to the taxpayers. Water exporters are failing to make their financial payments on time, and as the BDCP runs out of money, DWR is going to pick up the slack with public funds,” he stated.

Bob Wright, Senior Counsel for Friends of the River, told the news teleconference that, “Sen. Feinstein’s bill uses the drought as an excuse to roll back decades of key protections. S 2198 would cause irreparable harm to the Delta. S 2918 is harmful to salmon migration. It would lock in a 1:1 ratio of San Joaquin-San Francisco Bay Delta water inflow to water exports.”

“This permits exporting water that can be diverted by massive pumps in April and May, and affects the San Joaquin River’s flow at a critical time when salmon and steelhead are migrating down the river to the ocean. In an extremely dry year like this one, existing protections allow the pumps to divert all of the water flowing down the San Joaquin River (a 1:1 ratio of inflow to exports),” he stated.

Wright said, “S 2918 weakens protections for salmon and regulates the flow rate at which Old and Middle Rivers, two channels of the San Joaquin River that feed the Bay-Delta, can be made to flow in the reverse of their natural direction by the operation of the federal and state pumps that export water south.”

Restore the Delta is a 15,000-member grassroots organization committed to making the Sacramento-San Joaquin Delta fishable, swimmable, drinkable, and farmable to benefit all of California. Restore the Delta works to improve water quality so that fisheries and farming can thrive together again in the Sacramento-San Joaquin Delta.

For more information, go to: http://www.restorethedelta.org