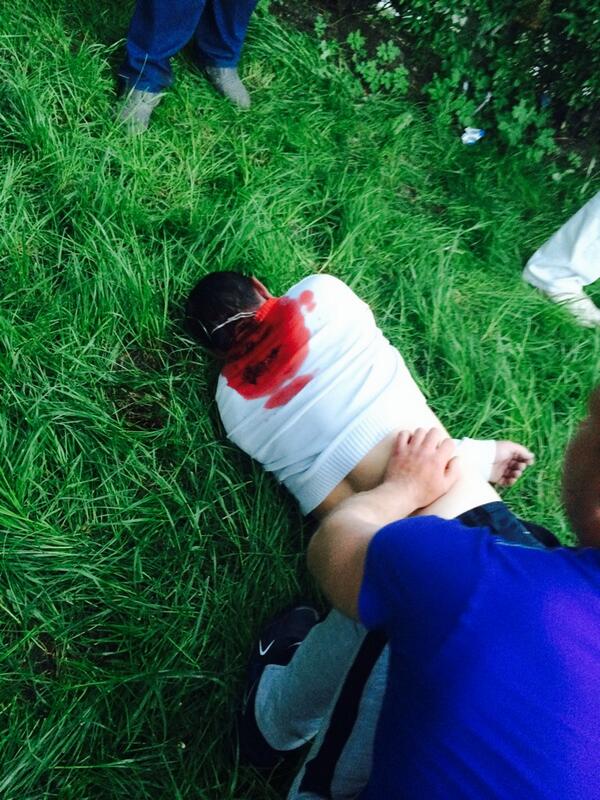 Despite continued murders by the Ukrainian central government on voting day on May 11th, 75% of eligible voters came out to cast their votes in Lugansk and 74.9% in Donetsk. In Donetsk, 89.7% of voters voted for independence and in Lugansk 96.2% of voters approved independence.

Voters braved government violence by the U.S. backed junta in Kiev to cast their votes. In Krasnoarmeysk two unarmed people were murdered and others were injured by the Ukrainian National Guard who were attempting to stop the vote. The Ukrainian National Guard are military units formed after the U.S. sponsored February 22nd coup. They are units that incorporated in neo-Nazi paramilitaries and were formed in response to the fact that the regular military were refusing orders to open fire on civilian protesters.

Additional violence on election day occurred in Slavyansk where the town was once again shelled by mortar fire and an anti-fascist checkpoint on the outside of town was destroyed with an unknown number of casualties.

In addition to known National Guard and neo-Nazi paramilitaries on the ground in Ukraine, the presence of 400 U.S. mercenaries from Blackwater (now renamed Academi) has now been confirmed. Photos and rumors have circulated for a while, but these were finally confirmed on Sunday when the German newspaper Bild am Sonntag reported the Blackwater operations, citing a source in intelligence circles. It was also reported that these mercenary forces are participating in the Kiev government's attacks on anti-fascist protesters in eastern Ukraine. In Iraq, Blackwater were were infamous for committing murder and other crimes with impunity against Iraqi civilians.

Despite the overwhelming democratic vote for independence from the Nazi infested regime in Kiev, the acting president, imposed in the U.S. sponsored February coup, Aleksandr Turchinov, said of the results, “This propaganda farce won’t have any legal consequences, except for criminal charges for its organizers.”

The United States and EU have also similarly denounced this democratic rejection of the coup regime in Kiev (which was never elected), once again showing that the biggest enemy of the democratic will of the people everywhere in the world is the United States government. This includes the militantly anti-fascist working class that has risen up in Lugansk and Donetsk with the support of the overwhelming majority of the people. For the U.S., EU and Kiev junta to continue to call these anti-fascists "terrorists" and agents of Russia is an obvious lie. The terrorists in Ukraine are the United States and the ruling junta.

Down With The Pro-Imperialist and Pro-Nazi Junta in Kiev!
U.S. Imperialists Out of Ukraine!
For An End To U.S. Imperialism Through Socialist Revolution in the United States!

For more on what is going on in Ukraine, see my recent article:

And also check out some older ones with in depth analysis:

Belarus: President Lukashenko Vows to Prevent a Coup Similar to Ukraine
http://boston.indymedia.org/newswire/display/219864/index.php
Add Your Comments
Support Independent Media
We are 100% volunteer and depend on your participation to sustain our efforts!