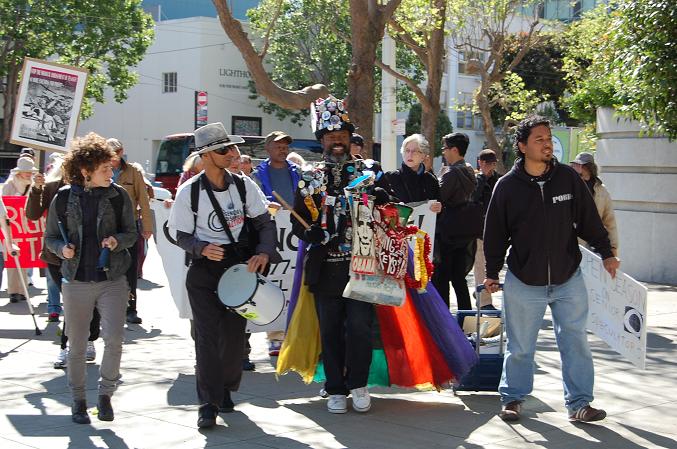 Ellis Rights Out; Tenants Rights In

A group of seniors, people with disabilities, supporters, and co-sponsors; Housing Rights Committee of San Francisco, Senior and Disability Action, Eviction Free San Francisco, POOR Magazine, Gray Panthers of SF, Anti-Eviction Mapping Projet, Bill Sorro Housing Program and the Alliance of Californians for Community Empowerment (ACCE), confronted the San Francisco Association of Realtors today. The group planned to deliver a letter of demands in person, but no doubt due to the Association’s “24-hour surveillance camera” they saw us coming and posted 2 SFPD outside. A lone representative was sent outside to accept our letter. The activists remained, held a rally and press conference with testimonies from seniors and people with disabilities.
The press release issued by Seniors & Disability Action stated:

“Seniors and people with disabilities, hard hit by the eviction crisis, will rally in front of the San Francisco Association of Realtors on Tuesday April 22nd to call for the Association, the city’s real estate lobbying group, to not oppose proposed legislation to the Ellis Act now being proposed in Sacramento as well as putting a moratorium on evictions for seniors and people with disabilities.

The San Francisco Board of realtors has opposed legislation beneficial to tenants in the past, including any proposals that would expand rent control. San Francisco’s eviction crisis is out of control with a 178% increase in Ellis Act evictions over the last 3 years and the loss of 1000 units of rent controlled units in the last 2 years—10,000 since 1997. Seniors and people with disabilities have had enough.”

Lotta Garrity spoke of her eviction and those of veterans in the building.” They are sent as soldiers to defend a capitalist system, only to come home and be evicted by the capitalists!”

Kathy Lipscomb read the letter that was presented to Realtors Assoc. and told us that the average 1 bedroom apartment now goes for $3,400, making SF the most expensive city in the U.S.

Tommi Avicolli Mecca spoke to the recent 2,000 eviction in the Castro with most being people with AIDS. “When you evict a person with AIDS, who then becomes homeless, you are giving that person a death sentence. On top of health challenges, inability to maintain treatment regiment for medications, many homeless LGBT people face homophobia in shelters.” Tommi called on the realtors to stop eviction now!

Diego Deleo told of his facing an eviction from his North Beach home of 40 years!

Tiny of Poor News Network (PNN) confronted the realtor representative for an answer right now, not later. She said; Elders are being abused by Ellis Act evictions. Realtors are protecting criminals who push seniors and people with disabilities to die in the streets! PNN has filed with the District Attorney a complaint under the Elder Abuse Act that eviction is abuse, physical, emotional, and physical.

Ethel Silverstein presented Ethel’s “List of the most egregious realtors. Ethel faces eviction with her disability of over 30 years and had this message to realtors: “We can’t do this to people!”

Erin of the Anti-Eviction Mapping Project reminded us that 30 of the worst speculators especially target elders and people with disabilities - the people who are our The City; who maintain our history.

Ted Gullickson (SF Tenants Union) said these shameless realtors & speculators fuel the housing crisis, and they should be put in jail. Ted reminded everyone to come to the rally at noon, Saturday, April 26 at City Hall to kick off the signatures campaign for the Anti-Speculator Tax initiative for the November ballot.

Benito Santiago, a special education teacher and long-time activist continues to fight his Elllis Act eviction. He called on us to “Stand Your Ground.” Benito spoke of the irony of being evicted as we go into the 37- year anniversary of the I Hotel. Benito led us in drumming and Tony chanted names of those facing evictions to close out our action 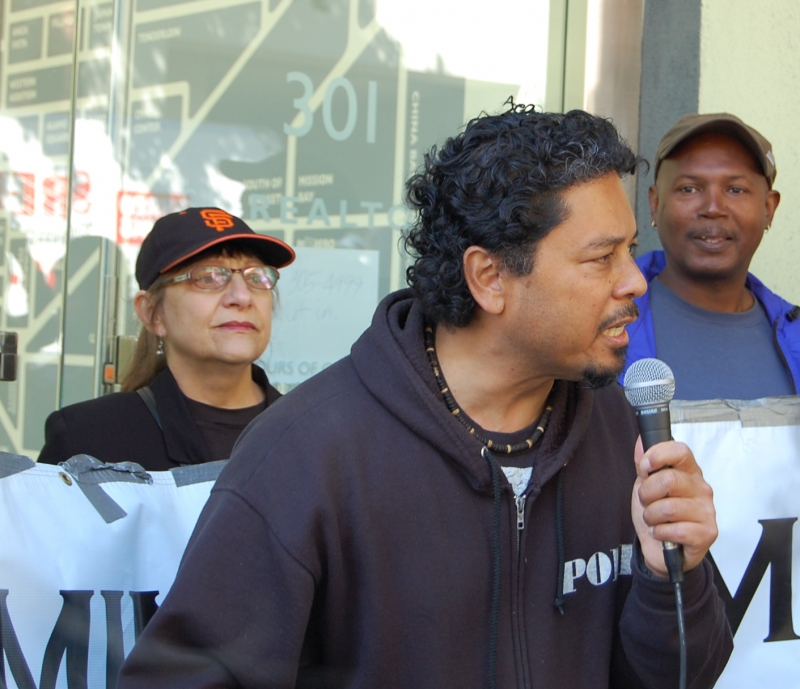 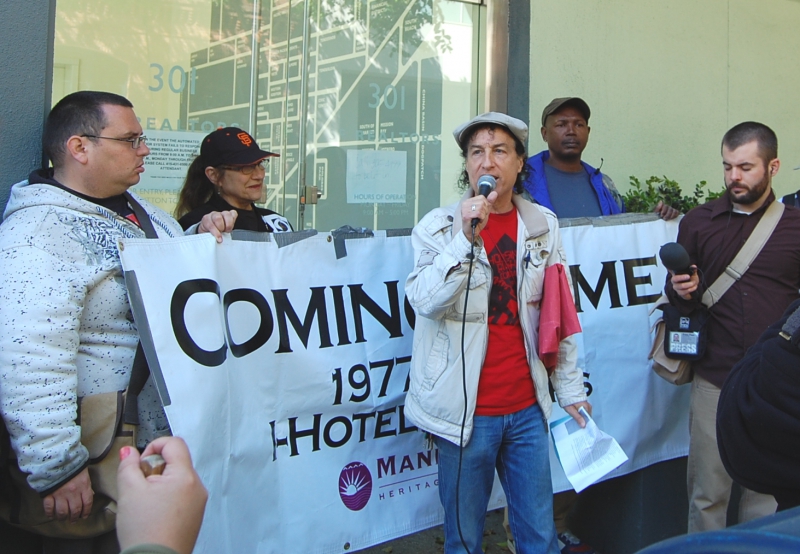 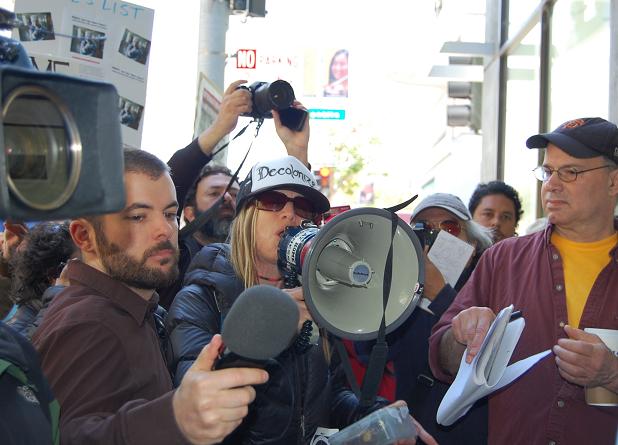 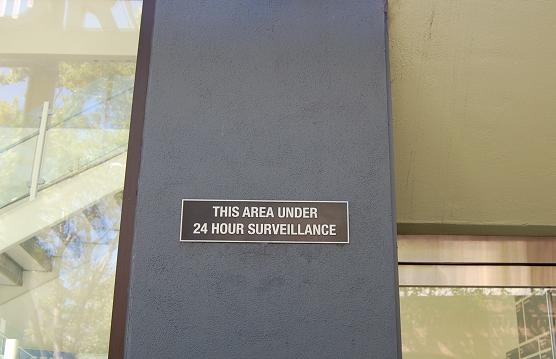 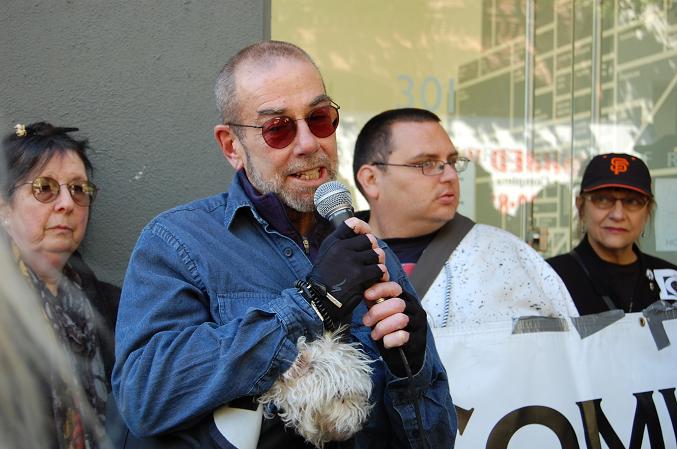 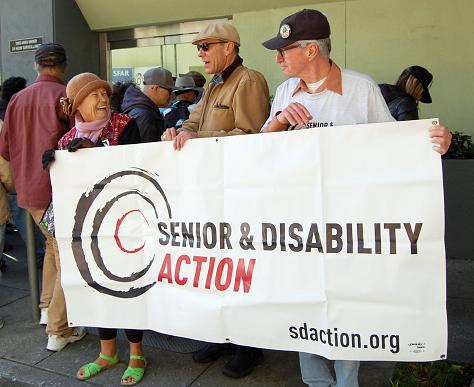 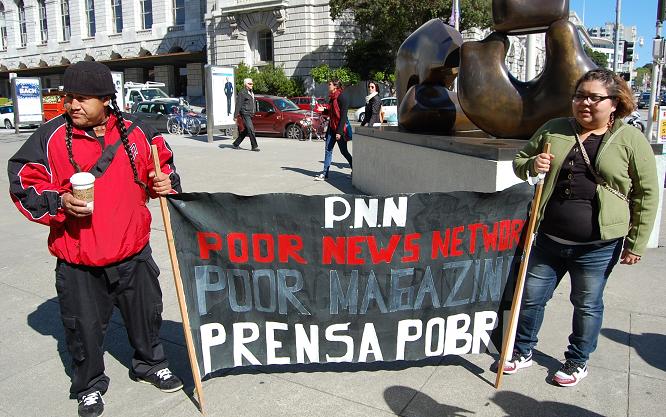 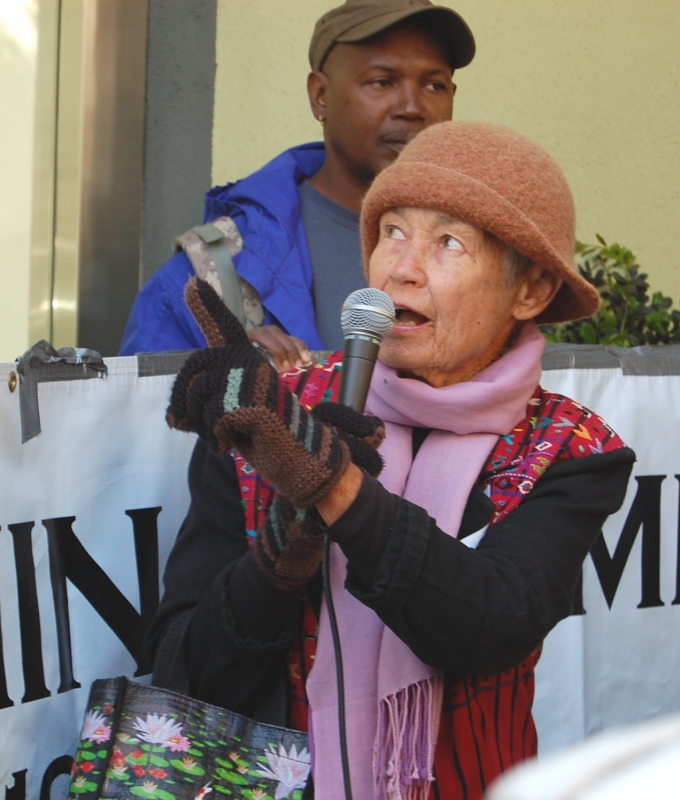 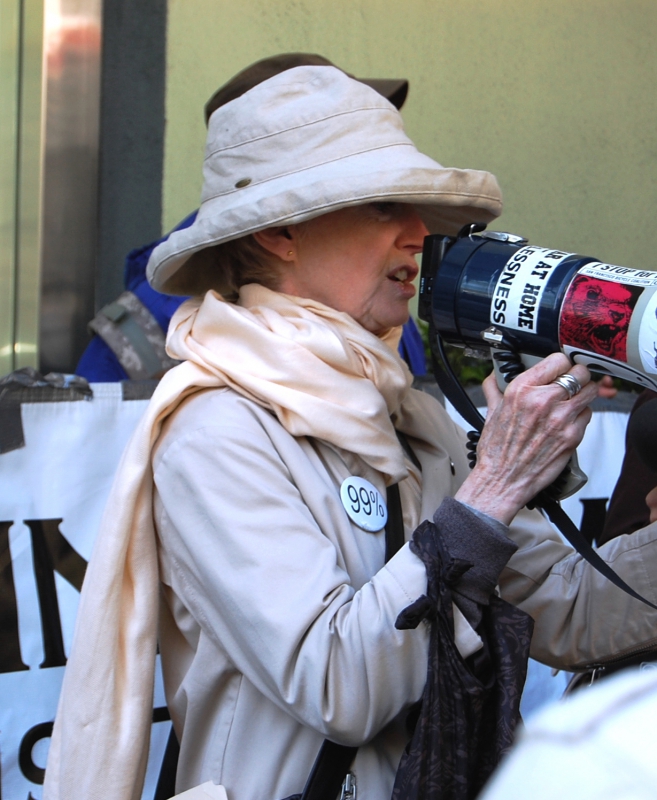 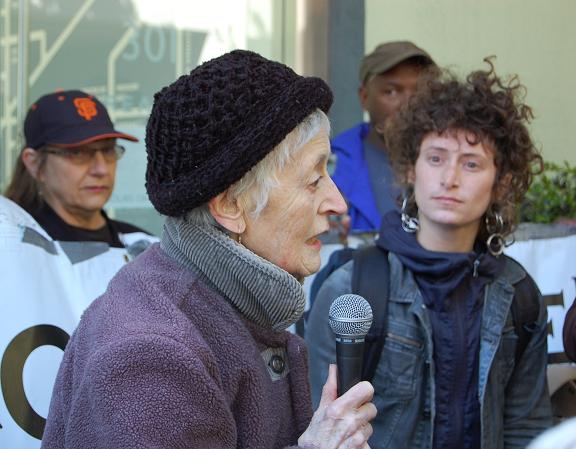 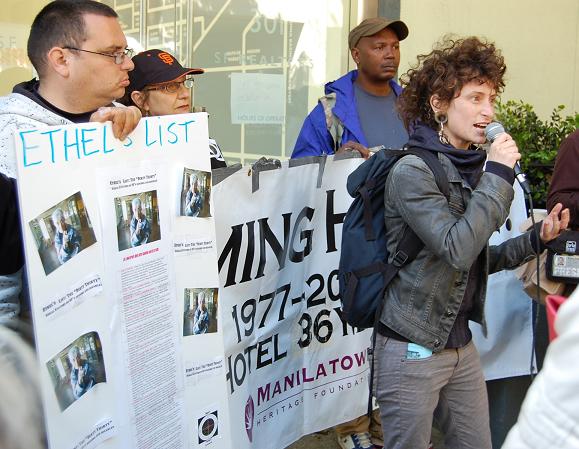 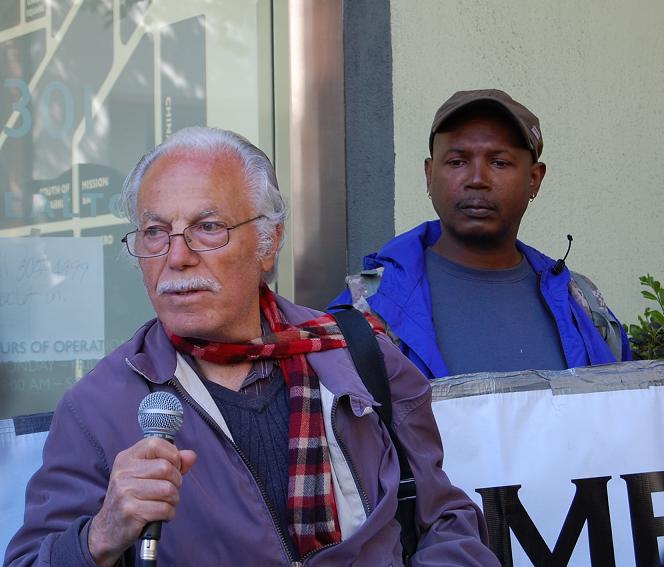 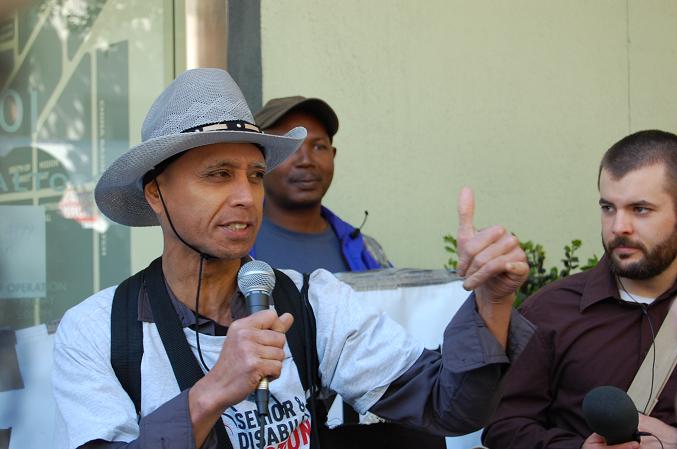 http://www.takesanuprising.com
Add Your Comments
LATEST COMMENTS ABOUT THIS ARTICLE
Listed below are the latest comments about this post.
These comments are submitted anonymously by website visitors.