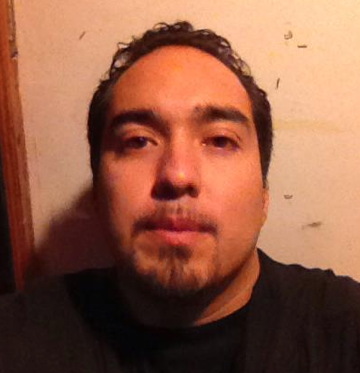 I am upset this evening because today I learned about Alejandro Nieto, who was killed by a barrage of San Francisco Police Department bullets last Friday evening near the service road leading up Bernal Hill.

I attended the vigil in Alex’s (as he was known to friends) honor that took place at the site where he died, on the service road leading up Bernal Hill. At the vigil, I learned that he was a scholarship student at City College of San Francisco, studying Criminal Justice. He wanted to be a parole officer to help guide young men’s lives into good directions. He was a devout Buddhist who believed in creating the peace in his community that he wanted to see spread across the Earth. He was a loving, caring individual. I found out through a poem that his birthday was March 4th.

I also learned that the SFPD shot him last Friday as he ate a burrito just before heading to work as a security guard. He was wearing his work-authorized tazer on his belt, but the police did not ask him about that. They did not consider the source of racist fear that motivated the (mostly) white dog-walking residents to frantically call police because of Alejandro’s presence. The cruel irony is that his job was to provide a sense of security for patrons at a restaurant/bar — so they could eat in peace. But Ale’s presence — his simple presence IN THE NEIGHBORHOOD THAT HE GREW UP IN — was enough to create a sense of IN-security for his recently arrived neighbors… and that not only could he not eat in peace, but because of it Alejandro is now Resting in Peace.

There is so much work to be done on so many levels to prevent this type of thing from ever happening again. It won’t be changed in a day. But if we show up for Alex in the coming days, maybe we can show that he did not die in vain. (Cuz for right now, it sure feels like his life was senselessly stolen from him.)

There will be a Town Hall meeting about this police murder of one of our community members tomorrow, Tuesday, March 25, 2014 at 6:00 PM at Leonard R. Flynn Elementary School, 3125 Cesar Chavez. Alejandro’s family and friends are asking for community support and presence at this meeting. Please come if you can.

written by Jason Wallach for the Center of Political Education

Here’s another story about this

http://www.sfbg.com/politics/2014/03/25/sfpd-answer-questions-fatal-shooting-alejandro-nieto
http://hiphopandpolitics.com/2014/03/25/sf...
Add Your Comments
LATEST COMMENTS ABOUT THIS ARTICLE
Listed below are the latest comments about this post.
These comments are submitted anonymously by website visitors.