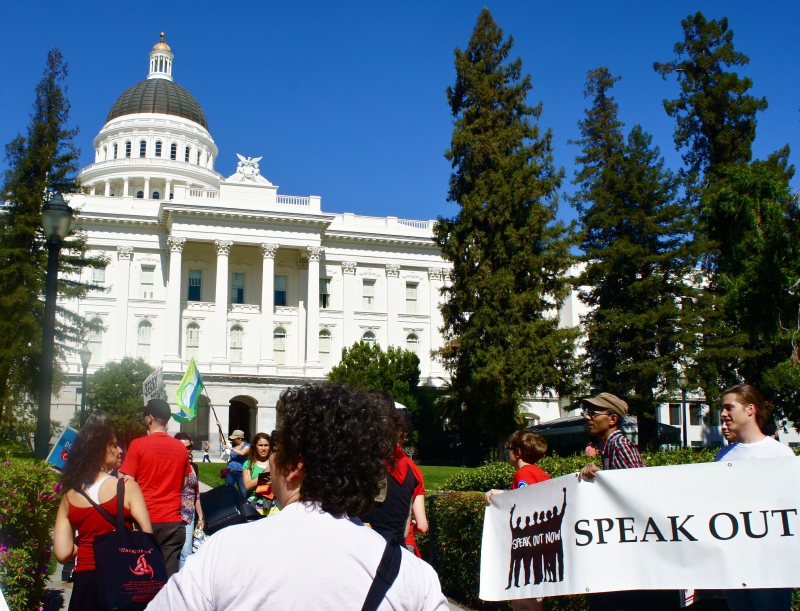 original image (2490x1903)
Today thousands of protestors at the State Capitol building demanded Governor Jerry Brown impose strict regulations on fracking. Most speakers said fracking should be banned completely and that was the mood reflected in the signs and songs at the large rally. The protestors said they want Governor Brown to sign an executive order to place a moratorium on fracking in California.

Speakers noted that fracking is a dirty and destructive form of fossil fuel extraction. Kassie Siegel with the Center for Biological Diversities Climate Law Institute speaking before the gathered protesters said fracking has NO place in the state of California. She said that fracking is going on in at least ten counties today...with virtually no oversight.

A song heard sung by grandmothers: We don’t want your fracking turning all our water brown, Take your freakin’ frackin’ drills or we will shut you down! Hydro-FRAC-turing just sucks. 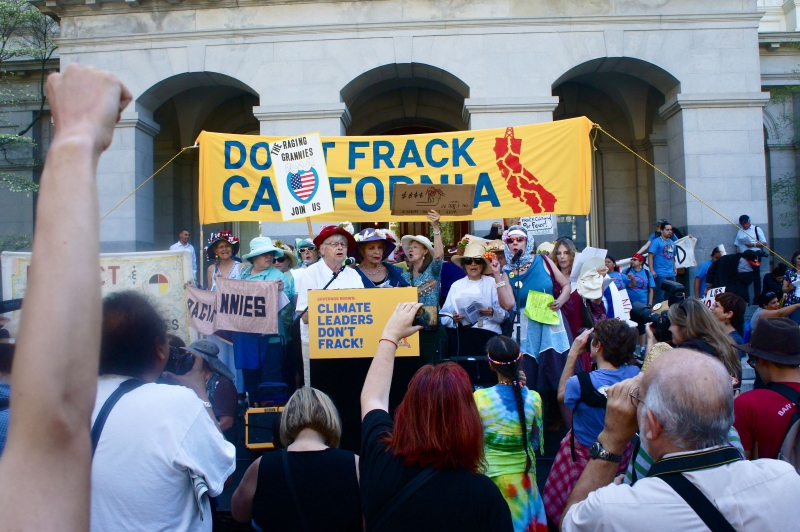 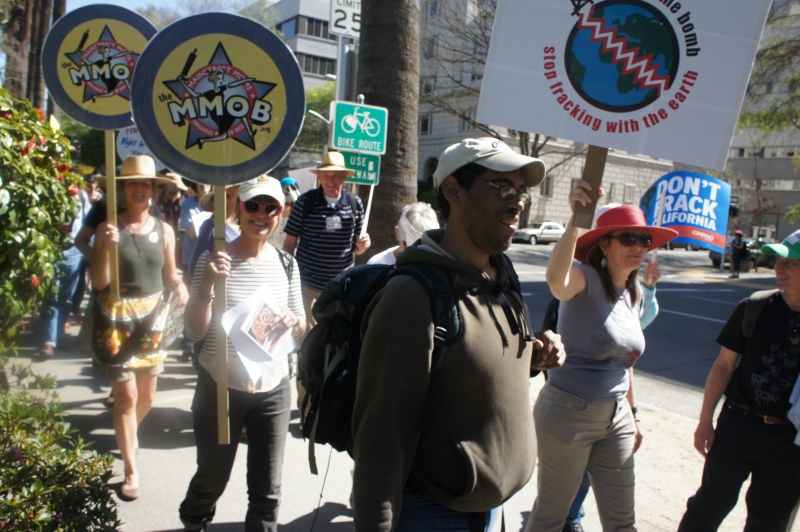 original image (3344x2224)
Add Your Comments
LATEST COMMENTS ABOUT THIS ARTICLE
Listed below are the latest comments about this post.
These comments are submitted anonymously by website visitors.