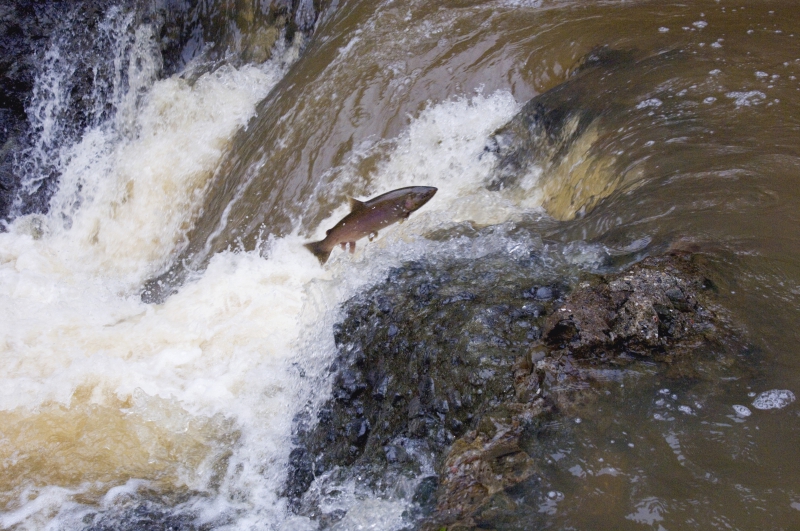 original image (5120x3401)
In a unanimous decision, the California Court of Appeals affirmed SPAWN’s position that Marin County failed to do proper environmental analysis when it approved its 2007 Countywide Plan, which allowed significant future development along salmon-bearing streams, and unlawfully determined that those impacts would be less than significant.

“It's a damn shame that the Marin Supervisors have wasted hundreds of thousands of tax-payer dollars and years of inaction defending an indefensible and environmentally harmful position instead of working with SPAWN to take common-sense actions to save these endangered fish for the public good,” said Todd Steiner, wildlife biologist and executive director of Turtle Island Restoration Network’s SPAWN program.

“The judges agreed with SPAWN that the County acted unlawfully because the EIR provides no help to decision-makers or the public to understand the likely consequences’ of allowable buildout under the General Plan. Without the proper analysis, the Court explained, the County cannot make ‘informed judgments’ about the advisability of future development and its impacts on the survival of the critically imperiled coho salmon,” said Professor Deborah Sivas of Stanford Law School’s Environmental Clinic, which represented SPAWN pro bono along with attorney Michael Graf.

"We have said from day one that we are ready to sit down with the County to create science-based regulations that give coho salmon a fighting change at survival and recovery.  We hope that after this decision, County Supervisors are ready to work together so we can save these species from extinction,” Steiner added.

The case will now move to back to the lower court with a clear mandate from the CA Appeals Court to adequately protect California’s endangered coho salmon.

Turtle Island Restoration Network (http://www.SeaTurtles.org) works to mobilize people and communities around the world to protect marine wildlife, the oceans and the inland waterways that sustain them. The Salmon Protection And Watershed Network (SPAWN http://www.spawnusa.org) is a project of Turtle Island that works to protect endangered salmon and their habitat in the Marin County, CA.

http://www.spawnusa.org
Add Your Comments
Support Independent Media
We are 100% volunteer and depend on your participation to sustain our efforts!