"Today the 4 remaining members of the SC11 were in Department 6 for the continuation of their readiness hearing and were met with a surprising and frustrating twist. The prosecution entered a 170.1 motion to Disqualify Judge Burdick which essentially halts all proceedings while that motion is dealt with. A next date of March 26th was set to revisit things, but as it is trial is unlikely to be any time before June, and may be out as far as next fall. We friends and supporters of the 11 are frustrated and motivated. This is an important time to continue our support, and increase the presence of public opinion saying “enough is enough, drop the charges!” Stay tuned for upcoming events and more information."

The Santa Cruz Eleven comprises eleven individuals who were charged with crimes in association with the 2011 occupation of the vacant bank building located at 75 River Street in Santa Cruz. According to the prosecution, approximately $20,000 in damages were caused to the building as a result of the occupation, and the defendants were being prosecuted to pay for those damages even though none of them were directly responsible for any of it. Arrest warrants were issued and eleven individuals (including this reporter) were charged with three separate felony counts in February of 2012. After dozens of pre-trial hearings, Santa Cruz Judge Paul Burdick dismissed the charges against all but four of those charged by early 2013.

Judge Burdick has questioned the prosecution's need to go forward with the case at least twice during court hearings.

On August 17, 2012, Judge Burdick chastised the prosecution for taking too long to hand over the police video evidence, complaining, "eight months into this case, and we still have not received video?!" Burdick concluded in that hearing, "I'm really unhappy about this Ms. Young. This is inexcusable. ... It's absolutely inexcusable. It's doubtful we're going to proceed."

At that time the prosecution had filed motions to make their first attempt at getting rid of Burdick, which was unsuccessful. One of the defense attorneys called it "judge shopping".

On August 16, 2013 Judge Burdick asked the DA at a hearing if they thought it necessary to go forward with the cases given the profound expense it would cost the people considering the damage amount was only $20,000. The prosecution stated that they were hearing from the "community" that they wanted the trial to continue.


For more information about the Santa Cruz Eleven, see:

§Interview with Alexis Briggs
by Robert Norse
Saturday Mar 1st, 2014 8:36 PM
I made it to the Friday 1:30 PM hearing and interviewed Alexis Briggs on a number of issues. She's the well-spoken attorney for Cameron Laurendau one of the final four defendants. I'll be playing that interview between 10 and 10;30 AM tomorrow on FRSC (101.3 FM)--archiving at http://radiolibre.org/brb/brb140302.mp3.

D.A. Bob Lee apparently thinks he can get rid of Judge Paul Burdick and turn the case over to a more SC-11-hostile judge because of a brief remark that Burdick made at the conclusion of a murder trial apparently advising the jury that while they may have found the murder case long and wearisome, they should be thankful they didn't have to sit in on the SC-11 felony trials coming up.

Or that were coming up. Rumor has it defense attorneys are huddling to file a counter-motion against D.A. Bob Lee for prosecutorial misconduct concerning a loan from Wells Fargo, campaign contributions from former Mayor Katherine Beiers (seen in the building but not removed in handcuffs from her house in the midst of breakfast like exonerated activist Becky Johnson), and other improprieties such as statements that his prime concern was getting restitution money for Wells Fargo (far above and beyond the pockets of the remaining defendants).

Meanwhile Lee continues to spend taxpayer money challenging Burdick's unusual censure of and sanction against former Assistant D.A. Rebekah Young for withholding evidence even after court order to turn it over on repeated occasions. Lee's 40-50 page appeal of the $500 sanction is certainly costing the taxpayers far in excess of that amount. Just as the felony trial's likely $100,000 price tag will dwarf that $25,000 "repair" bill that Wells Fargo is seeking for a paint job, some furniture replacement, and lock changes.

And waiting in the wings is Food Not Bombs co-founder Keith McHenry, reminding the community and the courts that the real issue is Wells Fargo's foreclosure fraud. He's promised to research the amount of financial and personal devastation caused by the giant bankster in Santa Cruz County in the last half-decade. McHenry felt activists should never have allowed the community's focus to be changed from the proven massive damages done by Wells Fargo to the brief protest by the activists in December 2011. He suggested renewed confrontation of and, if necessary, occupation of the banks--as was happening around the country.
Add a Comment
§Weak-Assed Editorial in the Sentinel
by Robert Norse
Sunday Mar 2nd, 2014 12:19 AM
Steve Pleich's pious burst of political rhetoric in the Sentinel (http://www.santacruzsentinel.com/opinion/ci_25255902/steve-pleich-string-failures-santa-cruz-11-case?source=nav) avoids issues in the hopes--as usual--of pleasing everyone. It provokes the usual stream of vitriol in the comments that follow. I made some comments there as well.
Add a Comment
§What?
by Razer Ray
Sunday Mar 2nd, 2014 9:14 AM 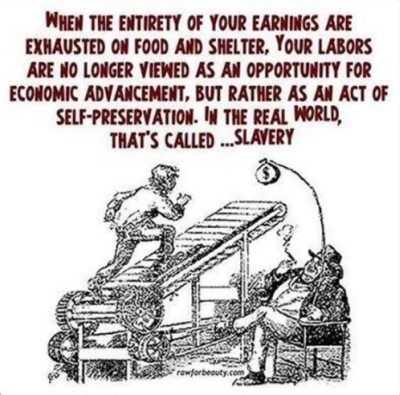 This is stupid. I CANNOT believe there are STILL defendants who have NOT rescinded their 'waiver of time'. Even IF the court wouldn't allow it due to some just-us system "overweening need" then this is EXACTLY the time to move to a higher court and toss the whole thing as a 'travesty of justice'. This IS NOT a capital offense case or a homeland security threat.

Is it even a class A felony anymore?

The court of jurisdiction, a local, allegedly 'superior' one, CANNOT 'Postpone Indefinitely'.

They HAVE NO LEGAL RIGHT AT ALL to tie up the defendant's lives indefinitely for what are essentially vandalism charges.

Unless of course the defendants allow it... LIKE a sword of Damocles, a 'cross to bear', over their heads and on their backs. If that's the case they are certainly not using the issue to effectively promote anything, and they simply want to be martyrs.

They're gonna be martyrs for the rest of their lives if they wait for anything resembling a 'prosecutorial misconduct' charge and don't simply take matters into their own hands to force the court to abandon the case.

Finally, for Robert and Keith McHenry, not local to the area and most likely fed a bunch of nonsense by Robert and cult.

The real issue of the River Street squat WAS NEVER AND IS NOT "Wells Fargo's foreclosure fraud".

That's middle class bullshit revisionism of ANY intent by the unknown people who DID occupy the building promulgated by the same middle class prog-lib element of the now disbanded "OccupySantacruz" who DID NOT support the 75 River squat and actively sought at committee meetings to 'distance themselves' and/or 'denounce'' the action by people WHO NEVER CLAIMED TO HAVE ANYTHING TO DO WITH OSC, except solidarity with it.

I REALLY REALLY DOUBT ANY OF THE BANK OCCUPYING BLACK CLAD "ANARCHISTS" GAVE A RAT FUCK ABOUT the middle class's penchant for living 'on the tab' leading to failed "Flexible Rate Mortgages" most couldn't afford... Which IS why people BUY garbage 'mortgages'. They can't afford a standard one, or are going to play 'investment home games' they typically lose.

This IS what's happening right now driving up housing prices across the US. MORE Junk mortgages being used to buy up homes to be leased or rented to others leading to people not being able to afford the homes to live in leading to a an empty house the person holding the mortgage cannot really afford payments on leading to failed investment. Yes. I'm implying that buying one of these crap mortgages leads to your own undoing. That what banks want, and Americans readily do. Sabotage themselves with their own programmed-by-media compulsion-driven greed and economic ignorance.

Just ask people who, in the 70s and 80s bought balloon payment-ed mortgages from fly-by-might S&Ls. The "New Millennial" Junk Mortgages are driven by the same element of US society gambling on things they could not afford, with NON-fixed rates they KNEW could change, just like the interest available at the time your Balloon Payment came up, which could have undone your 80s white picket fence dreams.

No one felt sorry for those people. I suppose US society is becoming more codependent.

From the occupier's Tumblr. NOTE THE SECOND SENTENCE and the implication of the second paragraph. The building itself was the raison d entre:

> 75River was a community space in Santa Cruz, California, that existed between Nov. 30 and Dec. 3, 2011. The occupation began to establish a variety of community projects in the space until occupiers left the evening of the 3rd.

> The occupation was set up in the former Coast Commercial Bank, a quite useful building held vacant by Wells Fargo since 2008.

> Please help occupations inspire more of its kind by spreading the word!

IF Keith DID say anything like that, he's totally lost touch with his FNB roots, and reality to match, or he's been lied to sending him off on a snipe hunting tangent for certain unrepresentative people's vested interest. I think the latter, and Keith should note that.
Add a Comment
§Careful Razor, there is video of you supporting the event as well as your own video blog.
by brentski
Monday Mar 3rd, 2014 6:12 PM
Razor,
Its true. You made statements to osc that were supportive of the action.
Your own video blog is also supportive during the time the action is going on. 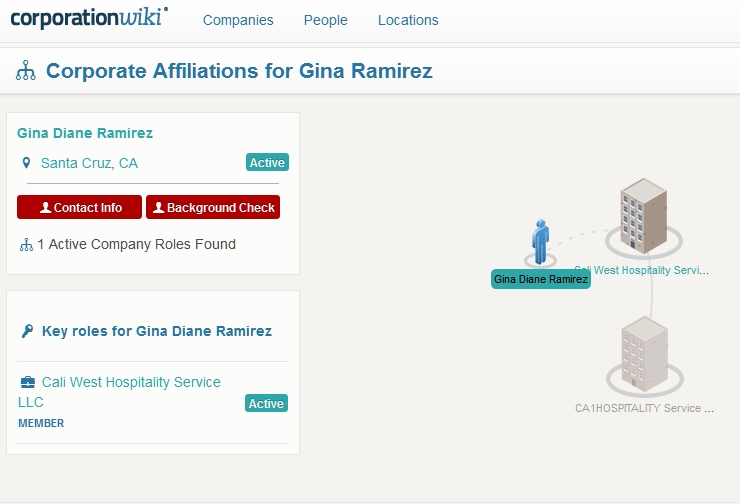 I supported the action for a community center @75 River 100% despite the fact that it essentially ruined my, and a number of other Santa Cruz Impoverished People's longstanding squat at the outside of the building. I also spent more time inside the building than a number of the people who were indicted put together. (Pleich, Indybay's reporter, Norse, Johnson... who never went in the building, and a few others) involved in the journalistic activities you mentioned "brentski".

Listen rube. These people weren't indicted for being there or there would have been dozens of arrests. They were indicted so the SCPD/DA/Whomever could test their handy dandy Social Networking software supplied by the same people who developed NSA Prism, to see if social network analysis works as well on-the-ground as it does on the intertubz, which is why most of the people indicted were "Well-Known-Activists-About-Town" with EXTENSIVE 'social activist' connections worth charting to match.

At this point, the remaining defendants are simply allowing the authorities to continue tracking them and anyone they contact.

See this link: http://www.corporationwiki.com/California/Santa-Cruz/gina-diane-ramirez/107522563.aspx for how Social Network mapping works using the Santa Cruz Downtown "Host" company... LLC, as example.
Add a Comment
§Longer Account Describing the Hearings
by Becky Johnson (posted by Norse)
Tuesday Mar 4th, 2014 11:30 AM
https://www.indybay.org/newsitems/2014/03/04/18751905.php
Add a Comment
Support Independent Media
We are 100% volunteer and depend on your participation to sustain our efforts!