In Mountain View, demonstrators sang and chanted as they called on Congress to approve a hike in the federal minimum wage. They supported legislation that would raise it to $10.10 an hour. Many called for an even higher minimum wage. 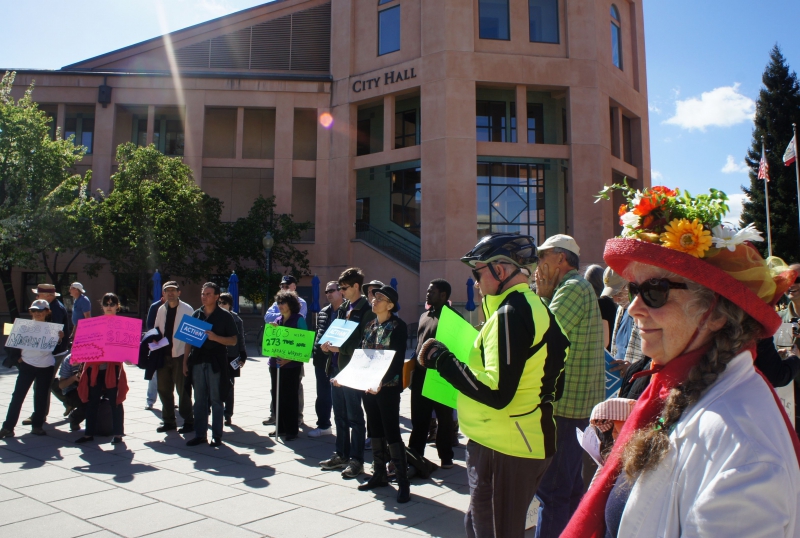 Mountain View City Council member Margaret Abe-Koga said she would like to see the minimum go up to s $15 an hour. She noted that 50 percent of the students in Mountain View schools qualify for free or reduced lunch. A speaker from the South Bay Labor Council said that if the minimum wage in 1968 had been tied to commonly used benchmarks for consumer prices, it would be $22 an hour today.

Other speakers said that economic inequality is on the rise and that a federal minimum wage increase would be a good start to solving that problem. The Raging Grannies led chants including: "One, two, three, four, no one should be working poor". 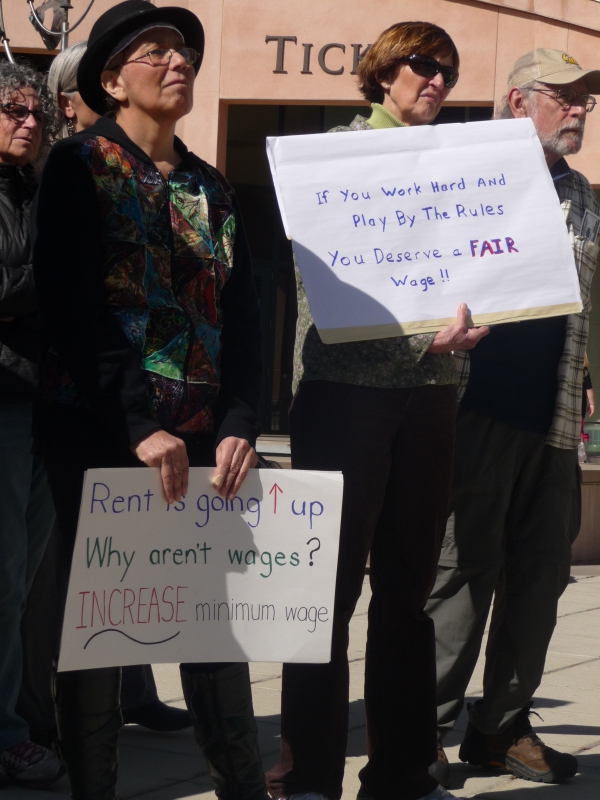 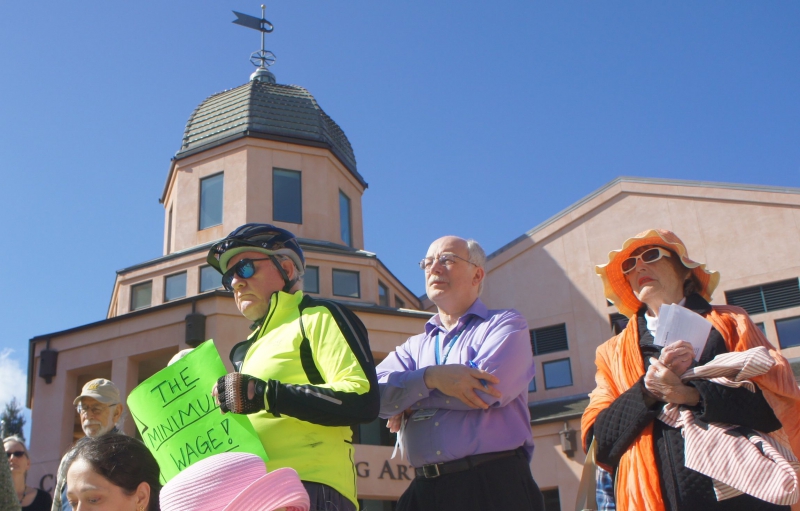 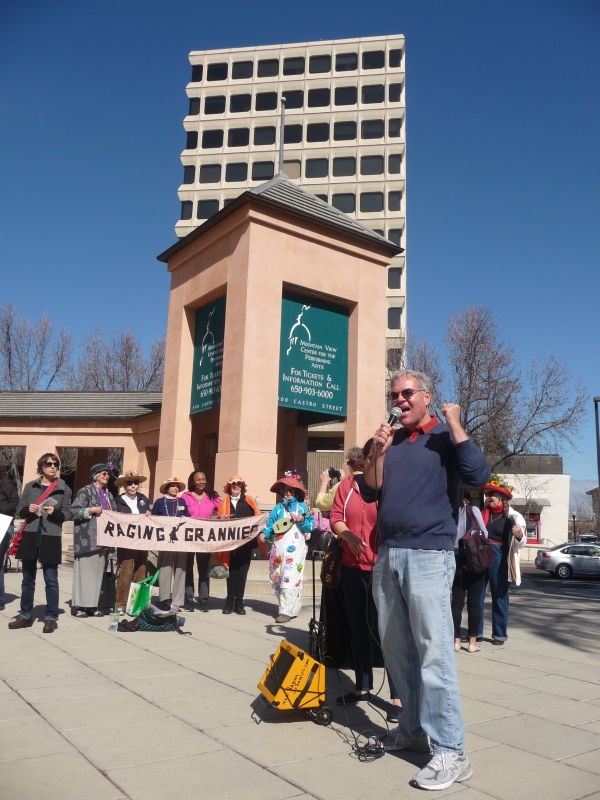 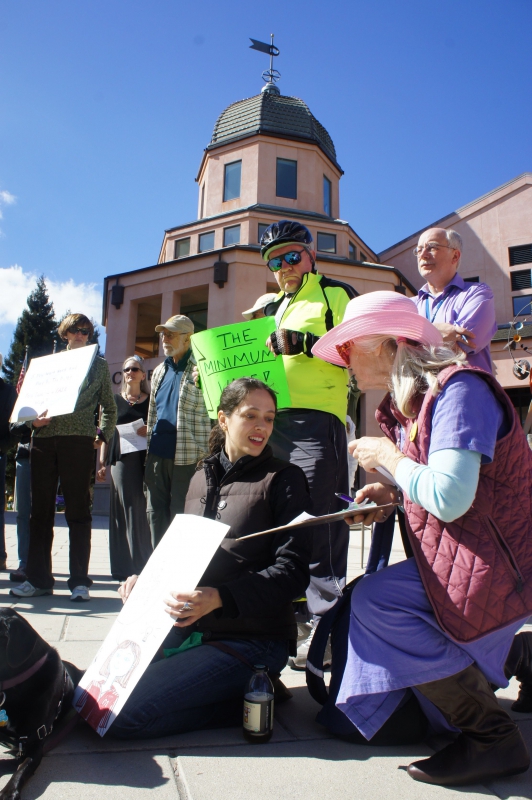 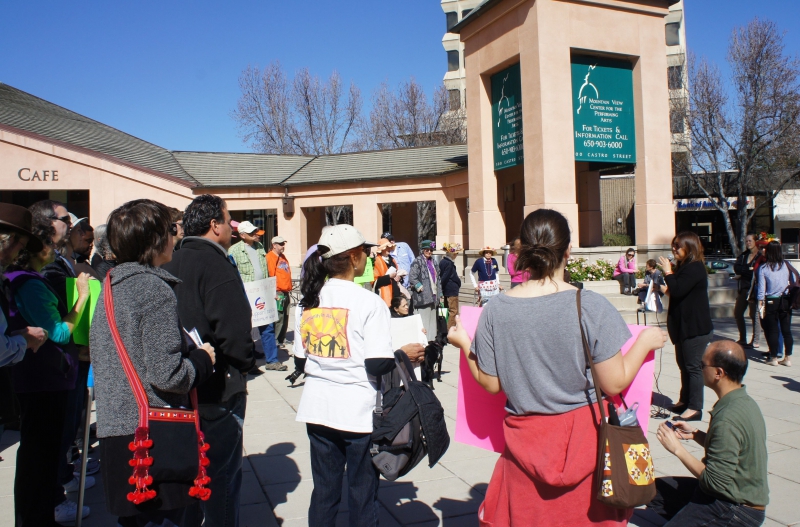 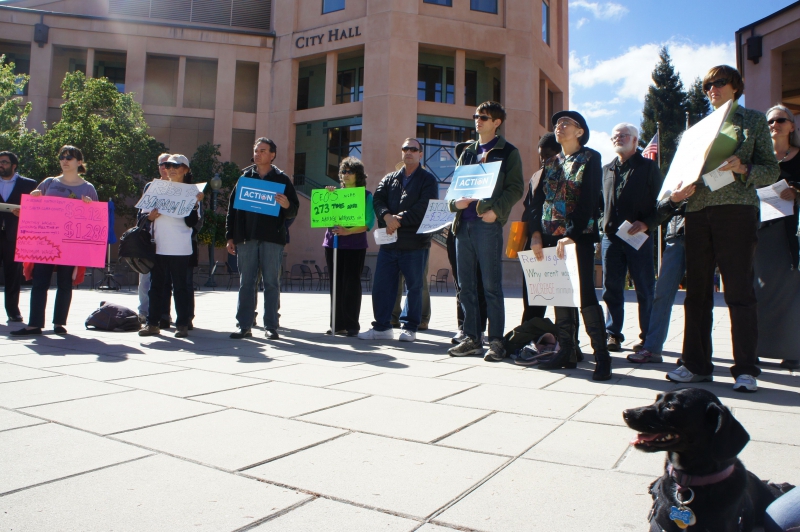 original image (3344x2224)
...for a serious issue.
photo by Anne
Add Your Comments
Support Independent Media
We are 100% volunteer and depend on your participation to sustain our efforts!