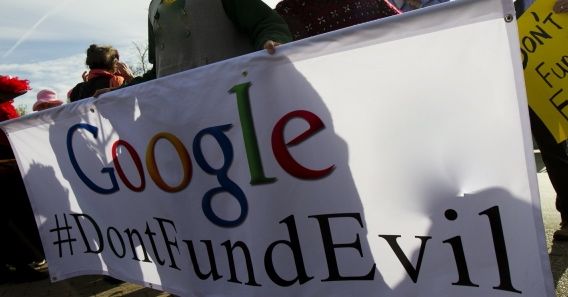 Common Cause has filed a whistle-blower complaint saying the American Legislative Exchange Council (ALEC) is guilty of under-reporting its lobbying expenditures and claims to be a non-profit organization when it actually benefits large corporations.

Common Cause and Forecast the Facts spearheaded a demonstration on February 18 outside Google headquarters in Mountain View, California. They were bolstered by activists including the Raging Grannies, and members of the Peninsula Peace and Justice Center and Occupy Mountain View. ALEC is linked to climate denying legislation as well as other extreme right wing agenda items.

Activists are pressuring corporations including Google, Facebook and Yelp to withdraw their membership in ALEC. The Raging Grannies riffed that Google should "use the withdrawal method" during the musical protest in Mountain View. Helen Grieco of Common Cause and Brant Olson of Forecast the Facts led a caravan that started in San Francisco and ended in Sunnyvale at Yahoo. They delivered letters to management as part of the campaign to get corporations, including Facebook, to do the right thing. 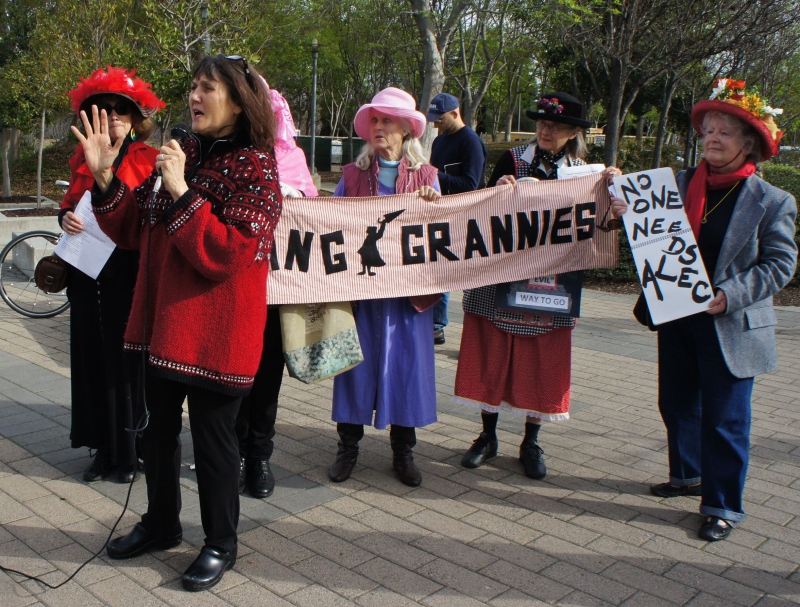 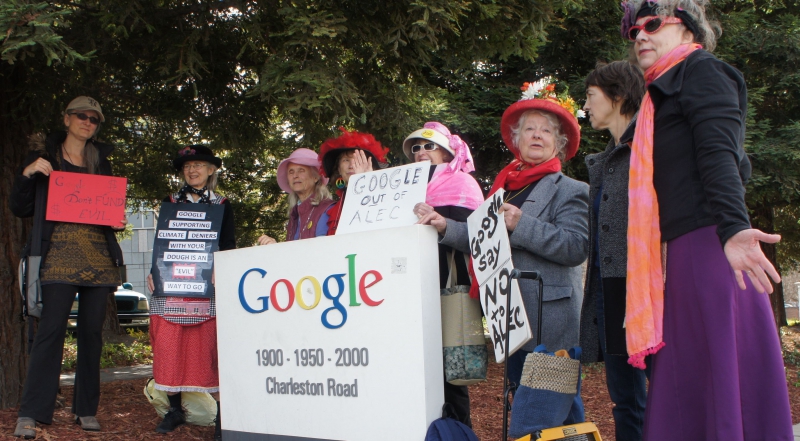 original image (2751x1519)
Add Your Comments
LATEST COMMENTS ABOUT THIS ARTICLE
Listed below are the latest comments about this post.
These comments are submitted anonymously by website visitors.