The Great Morgani, aka Frank Lima, is a longtime street performer and performance artist from Santa Cruz, recognized as one of city's most interesting characters. He plays the accordion and dresses in homemade, seasonally relevant costumes which sometimes take up to 100 hours of work. He usually performs on the east side of Pacific Avenue on the El Palomar block.

He authored a book, The Great Morgani: The Creative Madness of a Middle-Aged Stock Broker Turned Street Musician, which is described as a "photo-illustrated story of one of the United States' most flamboyant and unusual street musicians." He also has a website, TheGreatMorgani.com. 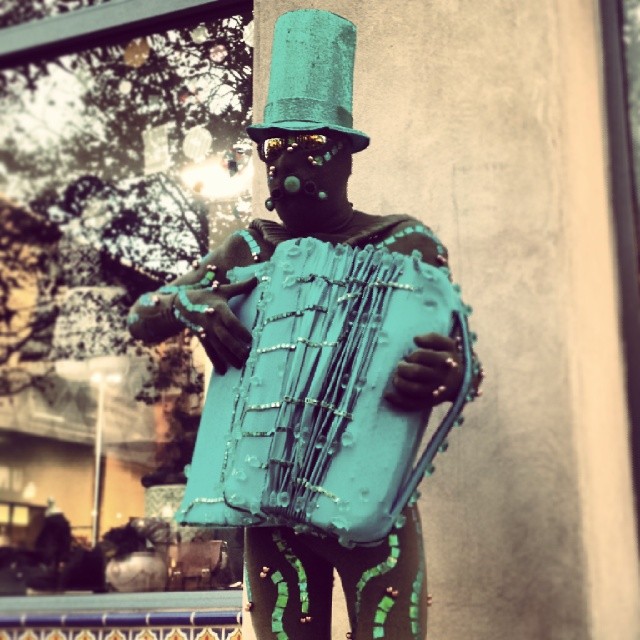 [Photo by Bradley Allen. October 2013. Trails of Turquoise by The Great Morgani on Pacific Avenue in Santa Cruz.]


On the evening of Tuesday, February 18, news broke on the I Love The Great Morgani! Facebook page that he will no longer be performing in downtown Santa Cruz due to the enforcement of unconstitutional ordinances passed by the Santa Cruz City Council which infringe on first amendment activities, including street performance by The Great Morgani.

By Frank Lima, The Great Morgani

After 17 years of entertaining/performing, downtown Santa Cruz, "THE GREAT MORGANI", has lost his "GREATNESS" status. Due to the recent strict enforcement of current ordinances, I am considered in violation of where i have performed for the past 10 years, even with written permission from the business owners. During these years, i have never been confronted by the police, downtown association, downtown hosts, business owners, or even city council members and mayors. The alternative performance areas, are so constrained & rigid, that they are not compatible to any type of performance. Rather than accept a hefty $300 ticket, or worse yet, spend a night in jail(in one of my costumes???), i will be quietly leaving the downtown scene. Thank you, EVERYONE, for you support and smiles, along the years. I will miss you all. .............The "GREAT ONE" has left the avenue.

I've already seen so much outcry on Facebook, that's it hard for me to believe that this aggression will stand. This might be one of those tipping point moments where all factions unite to say ¡Ya basta! — enough is enough!


"This is just horrible! You are an ICON in downtown Santa Cruz, Frank!!! I think we need to protest!"

"You will be missed. What a shame."

"Noooo!!! This is very upsetting. You are the best of Santa Cruz."

"Fascist bastards, won't be happy until they squelch all outward signs of spontaneous creativity."

"This is crushing to the cultural experience we have enjoyed in downtown!"

"Baa humbug! You are the best of downtown Santa Cruz!"

"Thank you for being there for the last decade and a half that I lived in Santa Cruz. I always loved watching you entertain and LOVE the incredibly creative costumes."

"This goes against our "Keep Santa Cruz Weird" motto. The Great One is an essential part of Santa Cruz's weirdness."

"I hope there's something the Santa Cruz community can do to reverse this decision."

"Ordinance and restrictions have now restricted the very uniqueness right out of Santa Cruz."

"My 2 year old daughter and I always stop to dance to your music." 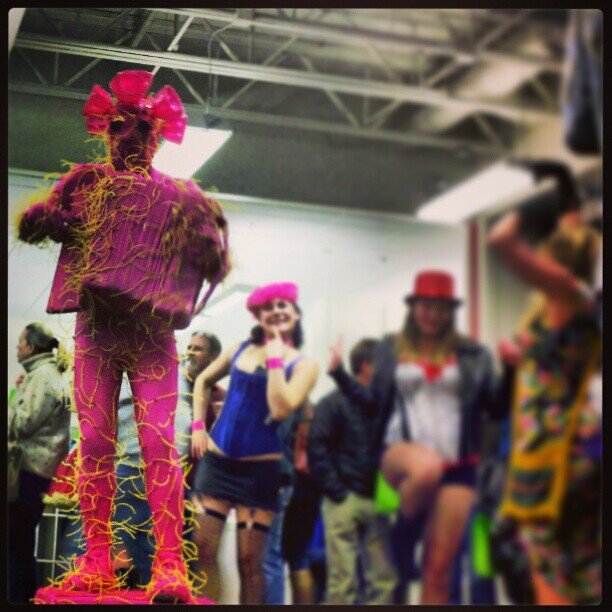 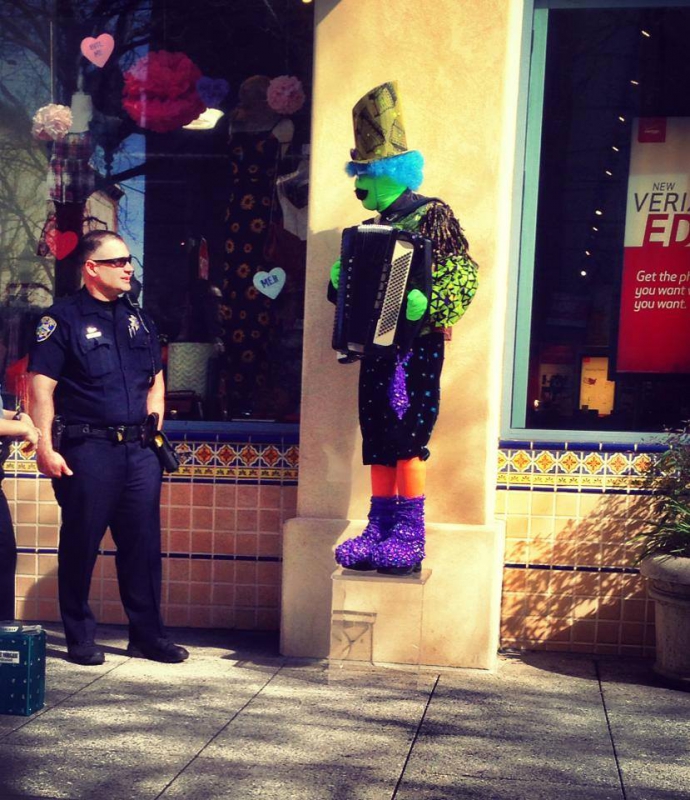 Tom Noddy of Bubble Magic fame, and a long time friend of The Great Morgani, says "The Great Morgani has been entertaining in town for 17 years now and he always sets himself against a neutral-colored backdrop. He looks better that way."

Tom Noddy also wrote, "It is my hope that no one even considers the idea of asking that the police provide selective enforcement and allow Frank but no one else to perform with their back against a building."
http://bradleyallen.net
Add Your Comments
LATEST COMMENTS ABOUT THIS ARTICLE
Listed below are the latest comments about this post.
These comments are submitted anonymously by website visitors.