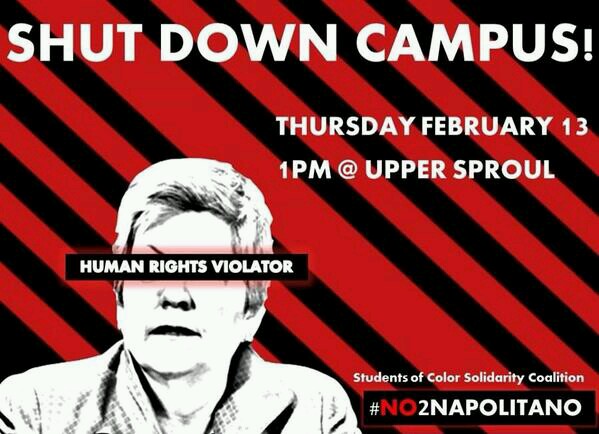 The day began with a rally and march to mark the arrival of Janet Napolitano, the soon to be UC Chancellor with a track record of deporting immigrants and undocumented peoples. The march ended at the Blum center, where students have remained in protest of both Richard Blum as regent and Napolitano as Chancellor.

Here is the list of demands and stated reasons for the action: http://reclaimuc.blogspot.com/2014/02/the-blum-center-takeover-manifesto.html?m=1
§On the Steps
by Occupier Friday Feb 14th, 2014 1:55 AM 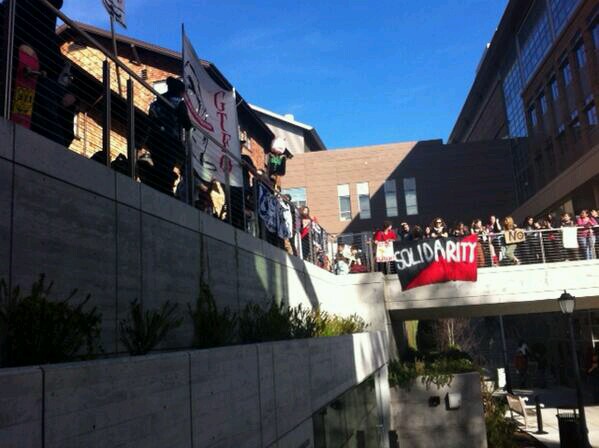 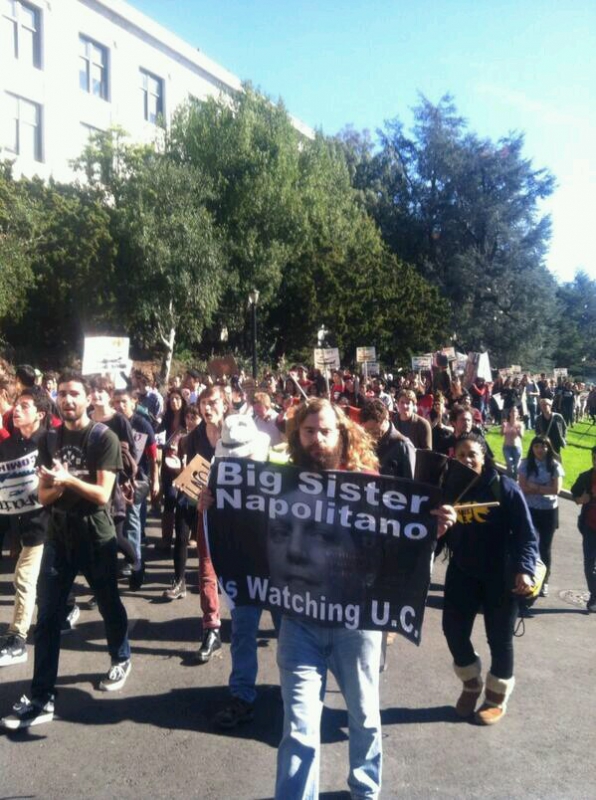 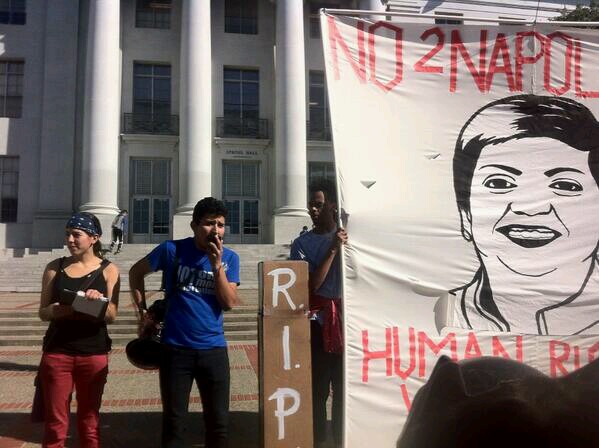