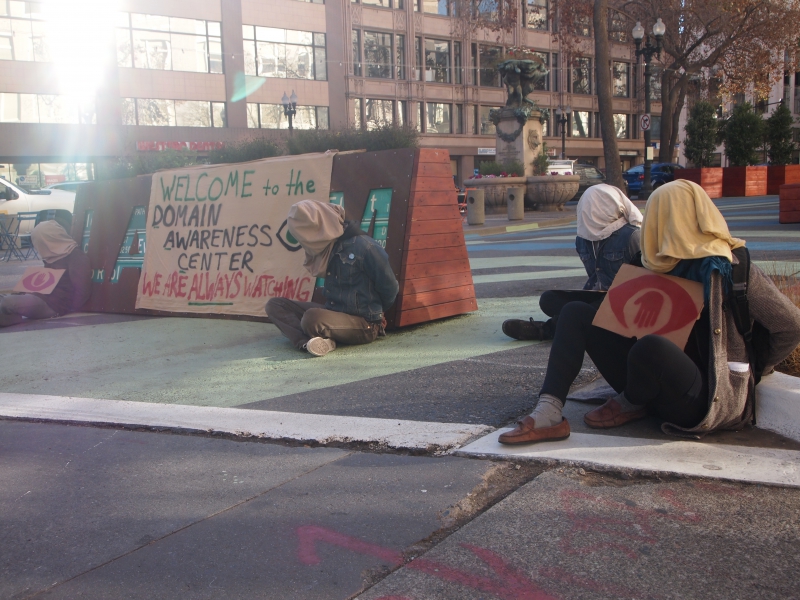 original image (4032x3024)
OAKLAND, CA -- Early this morning a group of activists gathered in Oscar Grant Plaza to theatrically oppose the Domain Awareness Center, a $10.9 million surveillance system, funded by the Department of Homeland Security and implemented by a military contractor.

The invasive DAC is centralizing video feeds from all over Oakland, including in schools and public housing developments, creating a surveillance state that is always watching.

Activists holding anti-surveillance signs stood in front of cameras in the plaza this morning, while a costumed “DAC official” put bags over their heads and ziptied their hands behind their backs. The “arrested” activists then sat beneath a banner reading Welcome to the Domain Awareness Center. We are ALWAYS watching.

The demonstration draws attention to the use of the Domain Awareness Center to monitor political activity. In fact, documents obtained via public records act request by the Oakland Privacy Working Group suggest the system is being built specifically to track activists. While infiltration and surveillance have long been part of the repressive police response to political demonstrations, the Domain Awareness Center allows for facial recognition and movement tracking.

This morning’s demonstrators were directing interested bystanders to a Party to Stop the DCA that will take place outside the Oakland City Council meeting this Tuesday evening, starting at 6pm. Discussion about the DAC is often put at the end of City Council meetings in order to keep public participation at a minimum, so activists plan to provide food, music, and film screenings outside City Hall to encourage community members to pack the meeting and defend their right to privacy. 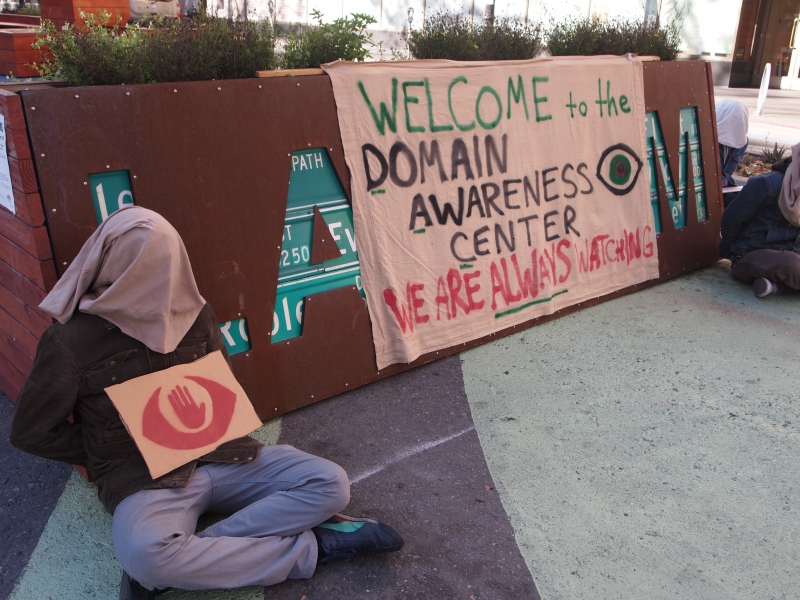 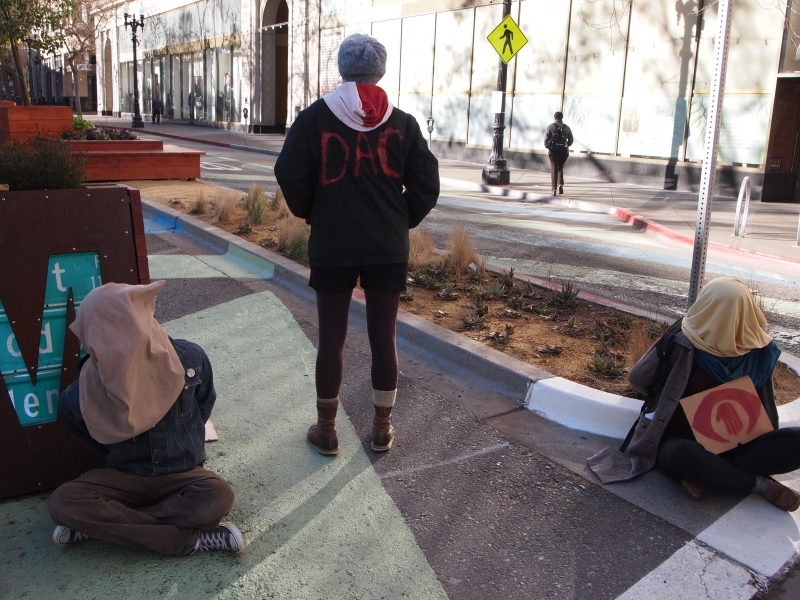 original image (4032x3024)
Add Your Comments
Support Independent Media
We are 100% volunteer and depend on your participation to sustain our efforts!