Newswire
Calendar
Features
Home
Donate
From the Open-Publishing Calendar
From the Open-Publishing Newswire
Indybay Feature
Publish to Newswire
Add an Event
Related Categories: California | Central Valley | Environment & Forest Defense | Government & Elections
CDFW closes fishing on some rivers due to low flows
by Dan Bacher
Wednesday Jan 29th, 2014 5:18 PM
While there is no doubt it is prudent to close some rivers to fishing to protect fish when they are so low, the question is: where were Chuck Bonham, other Department of Fish and Wildlife officials and Natural Resources Secretary John Laird when the state and federal water agencies drained Shasta, Oroville, Folsom and other reservoirs last summer to ship water to the Kern Water Bank, the Westlands Water District, and Southern California water agencies? 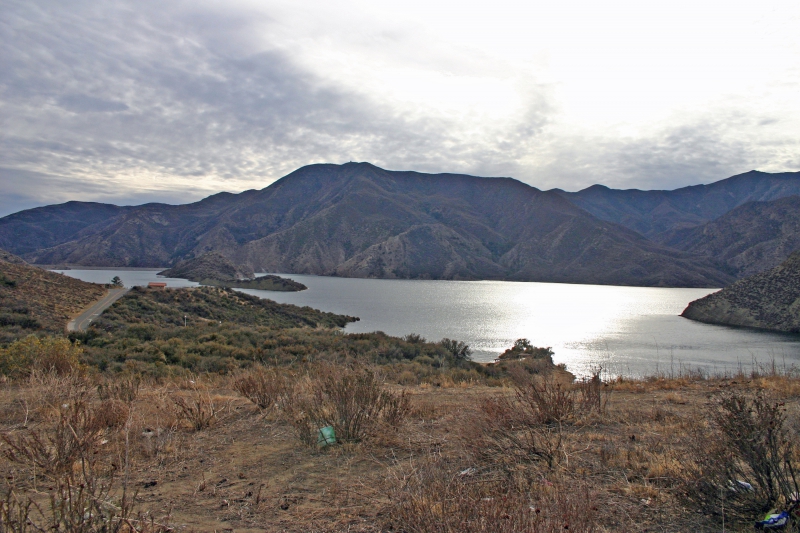 CDFW closes fishing on some rivers due to low flows

The California Department of Fish and Wildlife (CDFW) on January 29 announced that it has closed some waters, including Central Coast streams and a number of North Coast rivers, to fishing in order to protect native salmon and steelhead from low water flows in streams and rivers that have been significantly impacted by drought.

CDFW is also recommending that the Fish and Game Commission adopt emergency regulations on other rivers, including the lower American and Russian rivers.

"We fully understand the impact these closures will have on California anglers and the businesses related to fishing in California, and we really feel for them," said CDFW Director Charlton H. Bonham. "However the science is clear. Two-thirds of the wettest part of winter is now behind us and conditions are looking increasingly grim. Under these extreme drought conditions, it is prudent to conserve and protect as many adult fish as possible to help ensure the future of fishing in California."

While there is no doubt it is prudent to close some rivers to fishing to protect fish when they are so low, the question is: where were Chuck Bonham, other Department of Fish and Wildlife officials and Natural Resources Secretary John Laird when the state and federal water agencies drained Shasta, Oroville, Folsom and other reservoirs last summer in order to ship water to the Kern Water Bank, the Westlands Water District, and Southern California water agencies?

The Bureau of Reclamation and Department of Water Resources systematically drained northern California reservoirs, resulting in low flows and endangering salmon and steelhead in the Sacramento, Feather and American rivers, while filling water banks and Southern California reservoirs. This is "Chinatown" all over again. I will repeat again what I wrote in the Sacramento Bee last week.

Bill Jennings, Executive Director of the California Sportfishing Protection Alliance, explained how the water was mismanaged.

"With no rainfall and little snowpack, the Department of Water Resources and the Bureau (of Reclamation) notified their contractors that water deliveries would be reduced. But they didn’t reduce deliveries. Instead, they actually exported 835,000 acre-feet more water than they said they would be able to deliver," said Jennings. (http://www.sacbee.com/2014/01/26/6097073/viewpoints-better-solutions-for.html)

Ironically, the Metropolitan Water District of Southern California will have enough water in 2014, 2015 and 2016 to supply its users while Sacramento, Folsom and other cities have been forced to cut water use by 20 percent.

“We’ll have plenty of water in 2015,” Jeffrey Kightlinger, Metropolitan’s general manager, told the Sacramento Bee. “And even if it’s still a drought, we’ll still have enough water in 2016." (http://www.sacbee.com/2014/01/12/6063205/california-drought-will-test-jerry.html#storylink=cpy)

Now that our salmon and steelhead populations are in this crisis situation, it is crucial that Bonham and other officials meet with key leaders from the recreational and commercial fishing community, along with non-government fishery scientists and other stakeholders, to map out a drought action plan.

“We have a potentially dire situation in which a large percentage of 2013 Central Valley salmon may be lost if no action is taken,” said Bill Jennings, Executive Director of the California Sportfishing Protection Alliance. “Salmon have been suffering from a manmade drought for decades and this years’ lack of rainfall exacerbates the problem. We’re calling on the state and federal government to save this year’s salmon run, which can be done if we act now.”

“All four of the Central Valley Chinook runs are in immediate peril due to the drought and a large percentage of the 2013 production may be lost if no action is taken,” said Marc Gorelnik of the Coastside Fishing Club. (http://calsport.org/news/cspa-coalition-call-for-drought-action-plan-to-save-salmon-fisheries/)

Streams that are now closed

CDFW has the authority under Title 14, Article 4, Section 8.00(c) to close south central coast streams to fishing from December 1 through March 7 when it determines that stream flows are inadequate to provide fish passage for migrating steelhead trout and salmon. As a result, the following streams are closed to all fishing until stream flows are sufficient to allow fish passage for returning adult steelhead and salmon (CDFW will announce any lifting of the closures):

5. The Carmel River and those sections of San Jose, Gibson, Malpaso and Soberanes creeks west of Highway 1.

6. The Big Sur River and those Big Sur area streams from Granite Creek to Salmon Creek west of Highway 1.

In addition, CDFW has the authority under Title 14, Article 4, Section 8.00(a) to close north coast streams to fishing from September 1 (Mad River) and October 1 (all others) through January 31 when it determines that the flow at any of the designated gauging stations is less than minimum flows stated in regulation. As a result, the following streams are closed to all fishing through January 31 (however, CDFW is requesting this be extended to April 30 as noted in the recommendations to the Fish and Game Commission below, recommendation #3):

1. The main stem Eel River from the paved junction of Fulmor Road with the Eel River to the South Fork Eel River.

3. The main stem Van Duzen River from its junction with the Eel River to the end of Golden Gate Drive near Bridgeville.

5. The main stem of the Mattole River from the mouth to Honeydew Creek.

6. The main stem of Redwood Creek from the mouth to its confluence with Bond Creek.

Further, CDFW is recommending that the Fish and Game Commission adopt the following emergency regulations at its February 5, 2014 meeting:

1. Closure of the American River from Nimbus Dam to the SMUD power line crossing at the southwest boundary of Ancil Hoffman Park until April 30.

3. Extension of the low flow restrictions angling closures for the north coast and central coast areas (above San Francisco Bay) through April 30.

4. Close all portions of any coastal stream west of any Highway 1 bridge until April 30.

"There are still plenty of opportunities for California anglers to catch fish in the state's rivers and streams outside of the closures listed above," according to the CDFW. "Additionally, California's coast offers substantial ocean fishing. Both are subject to current regulations already in place." For more on fishing in California, please visit http://www.dfg.ca.gov/fishing/.

According to the CDFW, "Current low stream flow conditions will prevent the movement of migrating anadromous fish, primarily wild steelhead trout. Stream flows in many systems are inadequate to allow passage of spawning adults, increasing their vulnerability to mortality from predation, physiological stress and angling. Furthermore, survival of eggs and juvenile fish in these systems over the coming months is likely to be extremely low if the current drought conditions continue. These temporary angling closures on selected streams will increase survival of adult wild steelhead.

Yesterday CAL FIRE announced it hired 125 additional firefighters to help address the increased fire threat due to drought conditions, and the California Department of Public Health identified communities at risk of severe water shortages and announced efforts to assist those communities.

Earlier this week, the California Natural Resources Agency, the California Environmental Protection Agency and the California Department of Food and Agriculture released the California Water Action Plan, which will guide state efforts to enhance water supply reliability, restore damaged and destroyed ecosystems and improve the resilience of our infrastructure.

Governor Brown has called on all Californians to reduce their water usage by 20 percent and last week, the Save Our Water campaign announced four new public service announcements that encourage residents to conserve. Last December, the Governor formed a Drought Task Force to review expected water allocations and California's preparedness for water scarcity. In May 2013, Governor Brown issued an Executive Order to direct state water officials to expedite the review and processing of voluntary transfers of water and water rights."