On Tuesday, January 28, the Santa Cruz City Council will decide on whether to reinstate the long-standing program of distributing unclaimed bicycles to youth in need. Please let the Council Members know you think this is a valuable program! You can let them know in person at the meeting, or email them at citycouncil [at] cityofsantacruz.com. We don't know yet if the item will be on the 3pm afternoon or the 7pm evening agenda, but will post details as they're available.

Every year the City ends up with hundreds of bikes which are not claimed and must be dealt with. Because the bikes are generally of moderate to low quality and many are in disrepair, they offer little cash value to the City through auctioning. Therefore in 1996 the City began distributing them to youth in need, turning these old bikes into a valuable community resource. The distributions were open to any qualified nonprofit or government agency, and got out many hundreds of bikes to youth who otherwise might not have had the opportunity to own a bicycle.

Although a valuable program, participation varied over the years and sometimes the administration felt like a drain to the SCPD, which in 2008 stopped distributions and began sending bikes instead to the landfill. At that point the nonprofit repair shop the Bike Church approached the City, offering to handle most of the administration of the program. For the next four years, the Bike Church held 16 distributions, getting out 415 bikes through a variety of nonprofits, while salvaging tons of usable material from the scraps that no one else was able to make use of.

In early 2012, the City ended the program without any notification to the Bike Church or other participating groups. Bikes were delivered instead to a for-profit business that did not invite the former nonprofit participants to take any of the bicycles. The five groups that had matched up the most bikes to youth prior to this change—Barrios Unidos, Green Ways to School, Project Bike Trip, Watsonville Bike Shack, and Western Service Workers Association—all wrote letters to the City praising the former program and the Bike Church's management of it, and asking that it be reinstated. However no changes were made at that time.

In August 2013, acknowledging that the municipal code does not allow distributions through a for-profit business, the City suspended distributions entirely. City Manager Bernal stated at that time the intention to invite proposals from nonprofits to partner with the City in renewing the program. However, this plan has not been realized, and bikes are now being auctioned off for the first time since 1996.

Fortunately, the City Council will have the opportunity to vote on this matter on January 28, and we hope they will listen to the overwhelming community support for giving the bikes to youth instead of auctioning them off.

§Restoring Bikes to the Bike Church For Distribution is NOT on the Agenda
by Robert Norse
Sunday Jan 26th, 2014 11:15 PM
City Council staff has put forward a series of three proposals weighted against any distribution program other than to a preselected group--the Teen Center. None of the three proposes restoration of the Bike Distribution program to the Bike Church--abruptly ended by the SCPD in 2012 for unexplained reasons, transferred to a business (the Bike Dojo) that was involved with Mayor Briant's spouse and that sold some of the bikes for profit--violating the law.

Repeated attempts to restore the program--first through Mayor Lane, then through Mayor Bryant have failed. Nor will the staff provide the paper trail of why city council staff, and SCPD cut the bikes off in the first place and has stonewalled any restoration of the program.

The three proposals do not include directly restoring the bikes to the Bike Church, much less exposing who in the SCPD and City Staff was responsible for this backroom bikenapping. Instead the proposals are to (1) "select a qualified distributor through a fair and open process" with additional requirements such as licensing of all donated bikes--a proposal has the lengthiest objections by the staff and which it does not recommend; (2) "on-line auctioning through Property Room.com--apparently the police department's current policy--set up as a kind of straw man apparently to encourage the Council to accept the third proposal; (3) auctioning surplus biicycles through Property Room and giving usable ones to the Teen Center.

Collins, Shull,, and Bernal--apparently the real movers, shakers, and bike blockaders in the City are giving the thumbs up to the last proposal--which doesn't even consider restoring the bikes to the previous effective distributor (the Bike Church), nor even a "fair and open process" to request proposals--but simply dictates that they be sent to the Teen Center.

This is clearly a shaft in the ass of the Bike Church as well as those demanding the SCPD and City Council come clean about the machinations going on for the last two years on this issue.

From it's failure to demand open process and mount public demonstrations (say a bike distribution at the police station), it may be that the Bike Church is either too timid to stand up to these abuses, or simply thinks it's too much trouble and is finding other ways to help youth and low-income people. However they do no service in allowing this travesty to go on month after month with no strong exposure and counteraction.

Letting the SCPD and staff--not to mention the City Council to stonewall the bike distribution for two years and punish the Bike Church for providing them to youth and needy locals is another example of the perils of trusting Lane and Cosner and bowing to the power of the Robinson majority.

On Tuesday, sometime between 3PM and 4PM, the Council will consider what to do with abandoned bicycles. It seems as though the staff preference is to donate a few bikes to the Teen Center and auction off the rest for profit. Given the extremely low dollar amount the city would receive for many hundreds of bicycles, why would the city rather auction them off to private companies than support a non-profit helping people use them for transportation? I would be very disappointed if the staff decides to do this.

This brings me to an obvious question: why were the bicycles pulled, without notice, from the Bicycle Church - a non-profit run mostly by volunteers that gives away bicycles to youth and the poor? After two years of inquiry I still have not been given a satisfactory answer.

Donations to the Teen Center is something I thoroughly support, however it does not address the question of why we would auction off anything that could be turned into a significant resource for the community.

At the Bike Church, all used bikes are free for our youth. Somewhere in the city of Santa Cruz there is a person in need of a bike to get to work or school. Can’t we find a way to get all of these abandoned bicycles into the hands of those who need them? 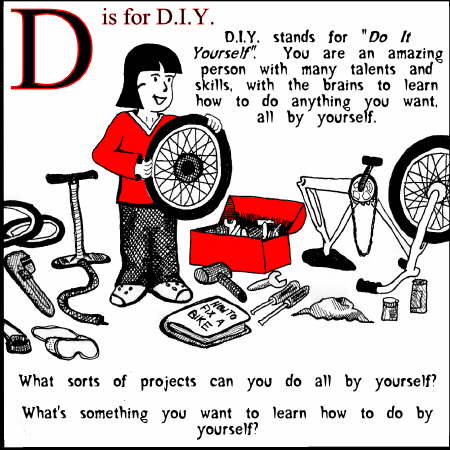 Thanks for the long-form history and serial postings... But your point... You DO have one?

The redirection of abandoned bikes from city-auction revenue generation and perhaps private businesses that bod on them/rebuild/resell for profit to non-profit youth programs... Whether OR not "Bike Church-bound" is WHY the call to "Critical Mass" The City Council - Demand They Reinstate The Youth Bicycle Program".

And for everyone's information ALL the bikes have NEVER gone solely to the Bike Church as Robert attempts to make it appear. Honestly, I think Santa Cruz citizens who care about the kids who will get the bikes GIVES A FLYING which non-profit, or group of them does it.

As long as it gets done.
http://razedbywolves.blogspot.com/2010/01/...
Add a Comment
§The Point
by Robert Norse
Wednesday Jan 29th, 2014 8:07 AM
The bike distribution has been stalled for two years by the SCPD and its staff allies.

There was testimony that the Teen Center would be less effective than the Bike Church.

In addition bikes will be auctioned off rather than used for parts to help youth via the Bike Church.

But the underlying reality is that this seems to be an SCPD-motivated political decision which has been sedulously supported and its workings concealed for two years. Secret government with a secret political agenda--one that disadvantages groups whom the SCPD dislikes. Government by uniformed gunmen behind closed doors is not a good thing, however well-intended (and there's no indication this was well-intended).

And activists hoping to kiss-and-make up instead of strong exposure and protest simply enable this whole corrupt process and encourage further such capers.

All of these considerations are "the point".
Add a Comment
§Secrets
by Razer Ray
Wednesday Jan 29th, 2014 11:38 AM
"its workings concealed for two years. Secret government with a secret political agenda"

If it was secret you wouldn't have known about it.

As far as testimony as to which non-profit got the bikes, I've already stated that a long as the YOUTH of the town got them I DID NOT CARE WHO did the distribution.

Why do YOU care about that issue more than the kids?

Add a Comment
§Response to Ray
by Robert Norse
Thursday Jan 30th, 2014 9:36 AM
The SCPD and City Staff have stonewalled Public Records Act requests, though we got an inkling of the police story from Scott Collins (with no specifics, questions, or discussion) at Council as the Robinson majority passed their pre-ordained Teen Center/auctioning option, ignoring the promised call for proposals, and open process.

With all the stonewalling in the last two years, we have the refusal of the staff or Council to respond, even to Councilmember's questions of why--why the distribution was stopped, why it was passed on to the Bike Dojo (a for profit provider) with no public process, who stopped the city manager's agreement in the summer of 2013 to have an open process... So, yes, the reasons, the documentation, the facts about this process remain....secret.

How many kids will get bikes? Problem is that that Teen Center, according to a Bike Church worker--who has a friendly relationship with them---says they've never been able to distribute bikes in the numbers at the Bike Church has--so kids will be impacted significantly. Additionally, many will be auctioned off instead of being provided as parts to the Bike Church. While the Church didn't distribute the SCPD leftover bikes to older homeless people (only to youth as required by law), they did and do have numerous work-credit services that are used by homeless people--according, again, to the Bike Church.

It's also widely speculated (though not proven) that this was a political decision. Having such decisions in the hands of the police, and--worse--having no check from either staff or city counci...or--still worse--activists in the community...is bad.

I think activists critically examining the situation need to raise these questions--not attack activists who do.

I mention this because I think a lot of Ray's analysis of the broader issues is right on. But not here.
Add a Comment
Support Independent Media
We are 100% volunteer and depend on your participation to sustain our efforts!