Add an Event
Newswire
Calendar
Features
Home
Donate
From the Open-Publishing Calendar
From the Open-Publishing Newswire
Indybay Feature
Publish to Newswire
Add an Event
Related Categories: East Bay | Police State & Prisons
Demonstration at Home of Google Developer. Google Bus Blocked in Berkeley.
by the counterforce
Tuesday Jan 21st, 2014 11:15 AM
"Dialectically. . .some counterforce would have had to arise"
- Thomas Pynchon, 1973 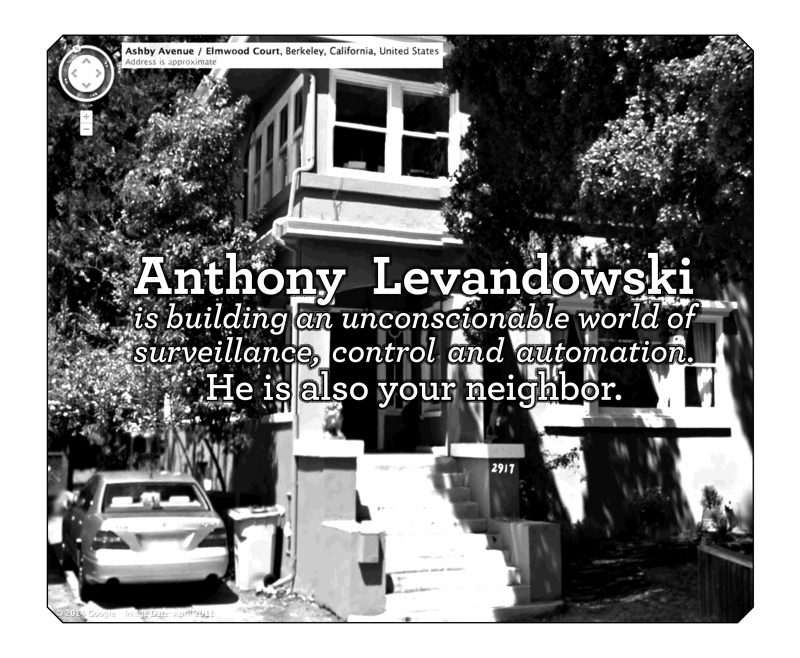 original image (2550x2100)
At 7am this morning, a group of people went to the home of Anthony Levandowski, a Google X developer. His house is a pompous, minimally decorated two story palace with stone lions guarding the door. After ringing his doorbell to alert him of the protest, a banner was held in front of his house that read "Google's Future Stops Here" and fliers about him were distributed around the neighborhood. The fliers detailed his work with the defense industry and his plans to develop luxury condos in Berkeley. The flier is attached below.

At one point, his neighbor emerged from her house. She said she knew about his collaboration with the military but insisted he was a "nice person." We see no contradiction here. It is very likely that this person, who develops war robots for the military and builds surveillance infrastructure, is a pleasant neighbor. But so what?

After previous actions against the Google buses, many critics insisted that the individual Google employees are not to blame. Taking this deeply to heart, we chose to block Anthony Levandowski's personal commute. We also respectfully disagree with this criticism: We don't see one action as better than the other. All of Google's employees should be prevented from getting to work. All surveillance infrastructure should be destroyed. No luxury condos should be built. No one should be displaced.

After fliering his neighborhood and blocking his driveway for approximately 45 minutes, the group went down and blocked a google bus at Ashby BART. This blockade lasted about 30 minutes and dispersed when BPD arrived. Several conversations took place with Google employees.

Luckily, the defections have already begun. Yesterday, an actually-nice person employed by Google leaked the talking points the company sent to its employees should they attend an upcoming SF City Council meeting or in the event of a bus disruption. These talking points paint Google employees as positive contributors to the neighborhoods they live in. It makes no mention to the displacement they cause, the police presence they bring with them and the large class of people working to support their out-of-touch and extravagant lifestyles: the tech support.

We will not be held hostage by Google's threat to release massive amounts of carbon should the bus service be stopped. Our problem is with Google, its pervasive surveillance capabilities utilized by the NSA, the technologies it is developing, and the gentrification its employees are causing in every city they inhabit. But our problem does not stop with Google. All of you other tech companies, all of you other developers and everyone else building the new surveillance state--We're coming for you next. 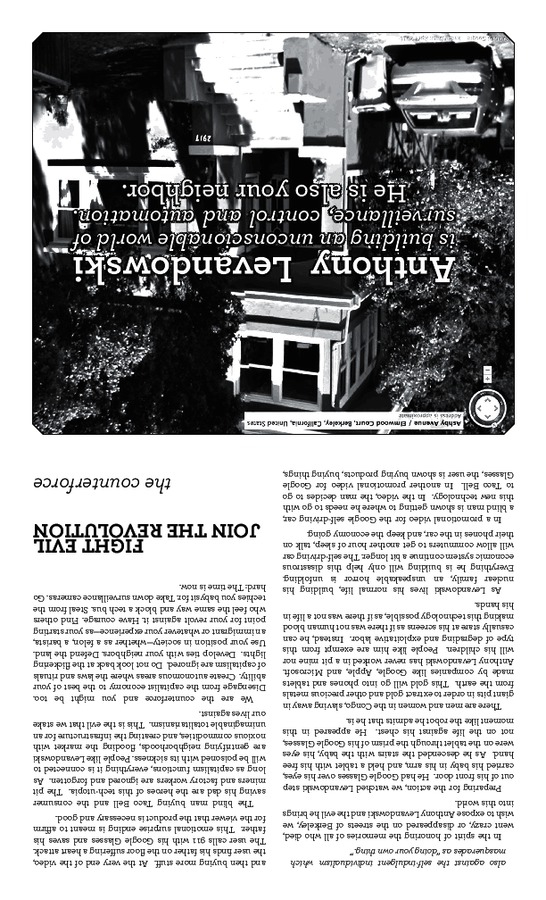 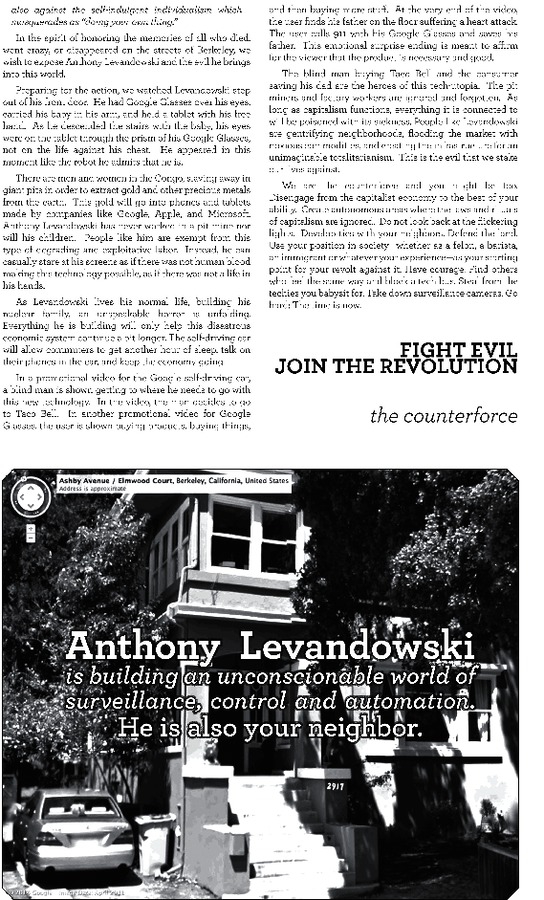 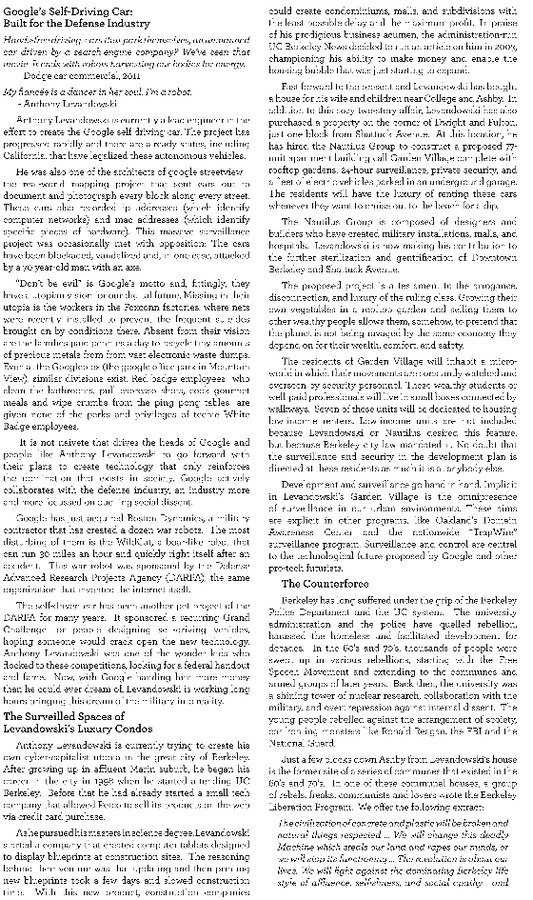 Download PDF (38.8MB)
§French translation
by Georges Sabellicus Monday Feb 17th, 2014 10:48 AM
I translate your text and the flier in french.

Next step, a beautiful PDF...

And fuck the cyborgs!
http://sniadecki.wordpress.com/2014/02/17/...
Add Your Comments
LATEST COMMENTS ABOUT THIS ARTICLE
Listed below are the latest comments about this post.
These comments are submitted anonymously by website visitors.