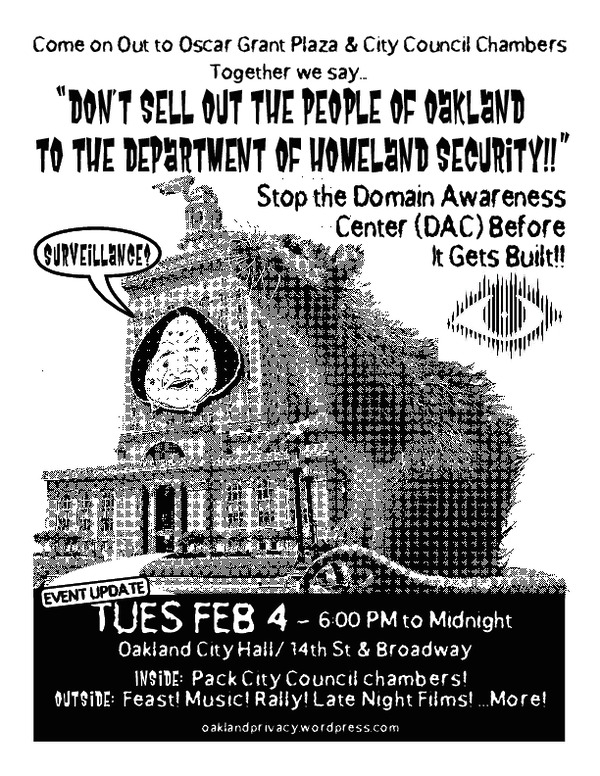 Feast! Music! Rally! DJ's! Speakers! Art! ...More! Come on out to Oscar Grant Plaza and City Council Chambers to STOP THE DOMAIN AWARENESS CENTER (DAC) before it get's built! Oakland City Council keeps putting DAC last on their agenda, literally voting in the middle of the night when the meeting is packed at the start with people trying to speak on DAC. It's like a filibuster, and it's a scandal, but this time we're throwing a raging party outside the meeting, and it's going to be a great time. We kick off about 6, and we can stay late. We'll pack the City Council meeting, whenever DAC gets called, and everyone is encouraged to speak and participate in the public process. The Domain Awareness Center is a proposed massive police surveillance center for the city of Oakland to be financed by the Dept of Homeland Security. We can stop it on Feb 4, if City Council has a backbone...
https://www.facebook.com/events/2743048960...
Add Your Comments
Support Independent Media
We are 100% volunteer and depend on your participation to sustain our efforts!