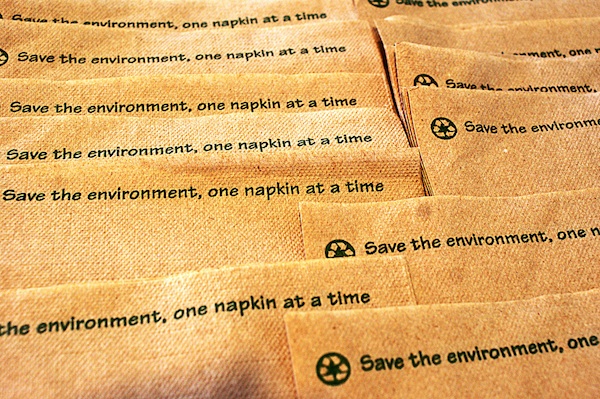 Recently, while eating lunch on campus, I glanced over at the napkin dispenser on the table. Imprinted on each napkin was the message: "Save the environment—one napkin at a time."

We're bombarded daily with slogans and images promoting conservation, urging us to be green, and informing us of UCSC's leadership in the field of sustainability.

Gazing warily at the napkin dispenser, I began pondering this contradiction. What is a meaningful concept of sustainability, and how can we practice it in relation to this land that we call UCSC campus?

Without healthy land, water, and air; without a healthy biosphere in all its interdependent complexity, human communities cannot be sustained for long. In considering human sustainability, the health of the land on which we live seems like a natural place to begin.

The varied campus ecosystems harbor an incredible diversity of native species that have adapted to this land over millennia. This web of species is fragile, and has already been heavily impacted by the past 48 years of university development. Grey Hayes, Ph.D., biologist and former UCSC Natural Reserve steward, speaks forthrightly about the current state of affairs:

"It is my firm belief from many years of careful examination of UCSC that the current level of development has exceeded the campus’ institutional, physical, and biological capacity. The signs are everywhere: unfunded mitigations, eroding hills, and disappearing species…To continue expanding development is to burden future generations with the damage we wrought now."3

A living ecological and social landscape, Upper Campus anchors the lives of the many who are familiar with it. It forms the headwaters of three ocean-bound creeks, one of which is home to a recovering population of steelhead salmon. In this biological treasure-trove, multiple species new to science have been discovered, rare species thrive, and unexplained mysteries abound.

As the saying goes, we lead by example. And what are the attitudes and practices being taught to young people by the UCSC administration, through their example of greenwashing the campus while strong-arming development in the Upper Campus forest?

They're teaching us to not respect carrying capacity. That it is unrealistic to not destroy our environment. That the demands of so-called progress are more important than the needs of the ecosystems being uprooted.

They're teaching us that sustainable development is about manipulating information and using phrases like "water neutrality", "careful stewardship" and "no significant impact" to make things look good, while carrying on with ecologically destructive projects. We’re encouraged to focus on abstract and faraway environmental problems, rather than what is right in front of us.

I've long been perplexed by how the issue of UCSC expansion is routinely left out of the mainstream campus discussion of sustainability. There are many possible explanations for this. Perhaps it's in part because, despite being concerned about the environment, many campus environmentalists are relatively uninformed about campus natural history and only minimally familiar with campus ecosystems.

However, I suspect that the key issue may be that to challenge the Long Range Development Plan is to challenge power: something rather frightening, which most people aren't used to doing. This becomes further complicated when that very power—the UC administration—is the authority governing innumerable people's paychecks, organizational funding, and even the future existence or nonexistence of one's department or position.

And yet, without challenging power, I don't believe we can get very far at all. Not just in regard to sustainability in Santa Cruz, but in any social or environmental struggle in the world at large. It is vital that we not look at "campus issues" in isolation. To truly understand our local predicament, we have to understand it as an expression of much larger patterns and systems that are at play.

Profit-driven activities of human beings are causing rapid degradation and collapse of the earth's ecosystems. More than a third of all species could be slipping towards extinction by 20504—so we'd better start using fewer napkins! But why are the solutions that are being peddled to us so woefully out of touch with the depth of the problems we face?

Biodegradable dishware, green power purchasing, carbon offsets, waterless urinals, waste reduction—the green measures are seen as benign, small steps in the right direction. And some of them are, in a way. But their political and psychological implications can be very insidious.

These well-marketed forms of change give us a sense that things are getting better. That's dangerous, because for the most part, they're really not. We change lightbulbs and dishware, but larger patterns remain. The train of progress chugs along full throttle, choking the sky with invisible smoke.

Emphasis is placed on the individual actions of consumers and students: those with the least amount of power within the system. A perfunctory sense of participation (we're each "doing our part" by using fewer napkins) and an oversimplified notion of individual responsibility (we're all causing these problems together), help to divert our attention from greater environmental harms inflicted systematically by corporations, government agencies, and the university administration.

Perhaps most insidiously, these green so-called solutions tend to actually increase participation and investment in the institutions concerned, reinforcing and legitimating their power. Green consumerism sells us less toxic products, but we are still buying into the same corporations doing the polluting.

Students are encouraged to get involved with campus sustainability efforts such as green building design and waste reduction. Their activities augment the production of UCSC's "green image" which is leveraged by the administration to justify policies such as building in the Upper Campus forest.

Perhaps it would be more accurate to refer to many of these solutions as marketing schemes, or distractions. It seems that the status-quo notion of sustainability is actually more about sustaining the current arrangement of economic and political power than it is about the health of the natural environment.

To be clear, this is not an argument against recycling and resource conservation, which can bring some much-needed relief to the natural systems that we are plundering and dumping on. What I'm saying is that we've got to be honest with ourselves about the depth of the problems we face and the nature of the structures that are creating them, and analyze our own activities and priorities within that context.

It’s worth asking; if the nation-states and corporations that are sacking the planet right now were to implement the highest standards of green-ness starting tomorrow, would that actually bring society back into a sustainable relationship with the land? Would that bring about the healing we need?

The uncomfortable reality is that imbalance and environmental degradation are inherent byproducts of any system based on an extractive relationship with the earth. And as long as we are treating the land as a resource to be exploited rather than a habitat to be treasured and cared for, the future looks pretty dim.

The nation state and the corporation are incapable of bringing about the changes we need, because their very existence depends upon the plunder continuing at an ever increasing rate, and always has. Our only practical recourse is to recruit the most creative and wise parts of ourselves, in order to think and act outside of the frameworks to which we are accustomed.

According to a recent report from the UN Convention on Biological Diversity, "massive further loss of biodiversity is increasingly likely” unless "swift, radical and creative action" is taken. Radical action is born out of engagement with the root causes of the problems we are dealing with. These causes are both within us, in the form of alienation from nature, historic trauma and internalized oppression, and outside of us, concentrated in the high-rise buildings of those who are pulling the strings.

Sustainability is something to continually redefine. It means learning to live in ways that nourish the conditions for the long-term future survival of life in its fullest possible diversity. It is understanding that we are part of a continuum of interdependence and that we have a responsibility to carry this gift of life in respect of the those who came before us, and the generations to come. It's something unknown, that we've got to piece together with imagination and trial-and-error—and it's also something ancient that we can reach back to and remember.

It's overwhelming to think about how profoundly we must transform our lives if we're ever to reclaim even a small semblance of sustainability and balance—in other words, if we are going to stop living in a way that is condemning the future. On top of that, the work of transforming ourselves and our communities is only half the battle. Any reasonably effective effort to halt destructive practices is certain to bring on the counteraction of interests that are deeply invested in keeping things the way they are because it is profitable for them.

To face these challenges, I believe we've got to begin by growing our personal connections with the land we live on and the people who surround us. As a matter of survival, we've got to build strong and diverse communities that are committed to protecting the land, air, and water. Respectful, mutualistic relationships strengthen us, and are truly the foundation of any of the larger changes we can bring about.

The forest above the university offers an open invitation to rediscover connection with the natural world. Like forests everywhere on the planet, it's threatened by development in the name of progress. This troublesome situation offers us a practical and meaningful way to engage with some of the most dire challenges of our era.

The local fight to keep our forest intact may seem insignificant in the big picture of halting environmental destruction. And yet, it is no less significant than any other. How can we stand for protecting ecosystems anywhere if we don't stand for it in our home? Protecting our local forest can be seen as a starting place in the revolutionary project of fostering circumstances that will sustain biodiversity in the future.

Rather than helping to perpetuate the system's fixation with sustaining the unsustainable, it's time to wring out the green bundle of deceptive untruths we've been handed and reclaim a vision of sustainability that serves life. It's time to realize our power as individuals and communities to transform our circumstances and protect the earth that sustains us. 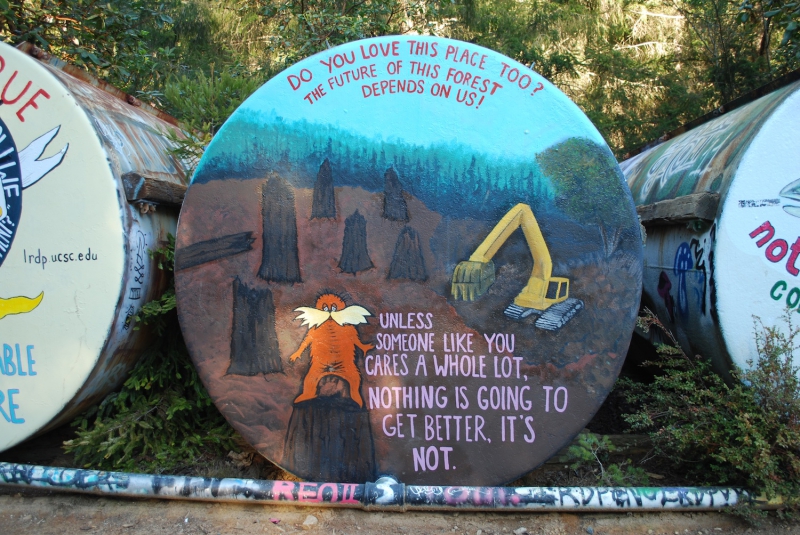 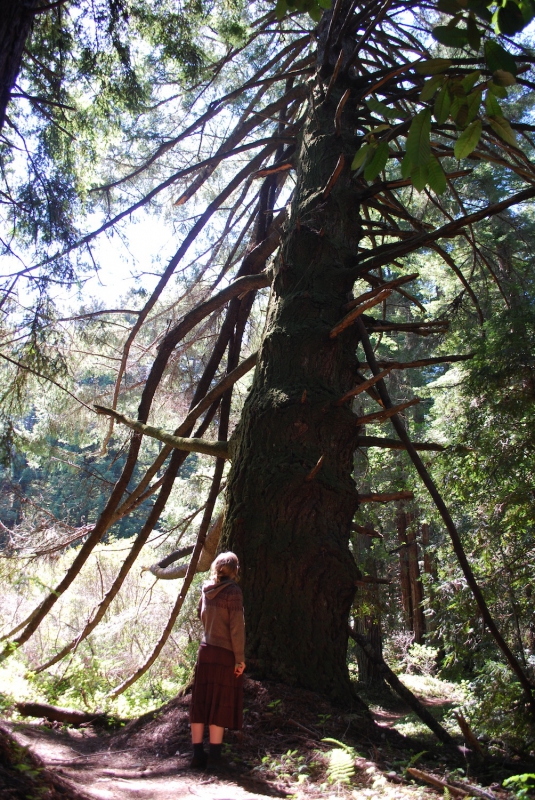 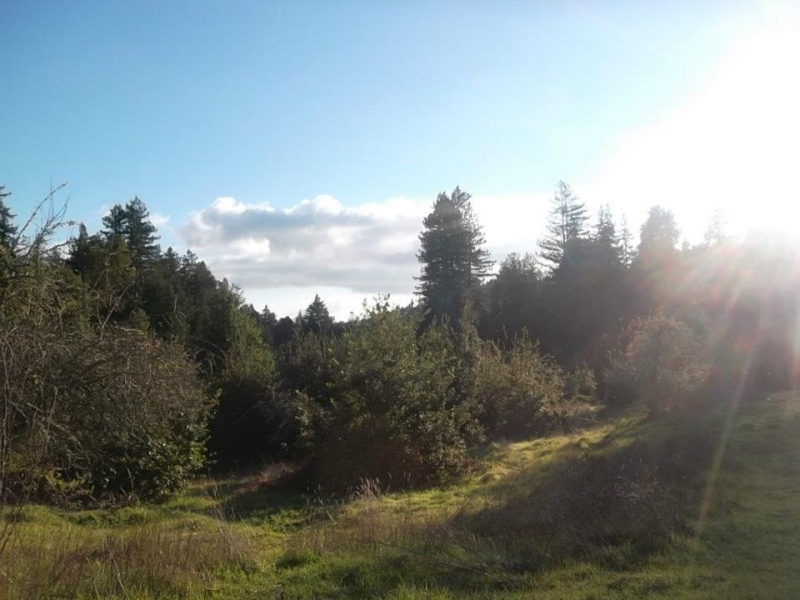 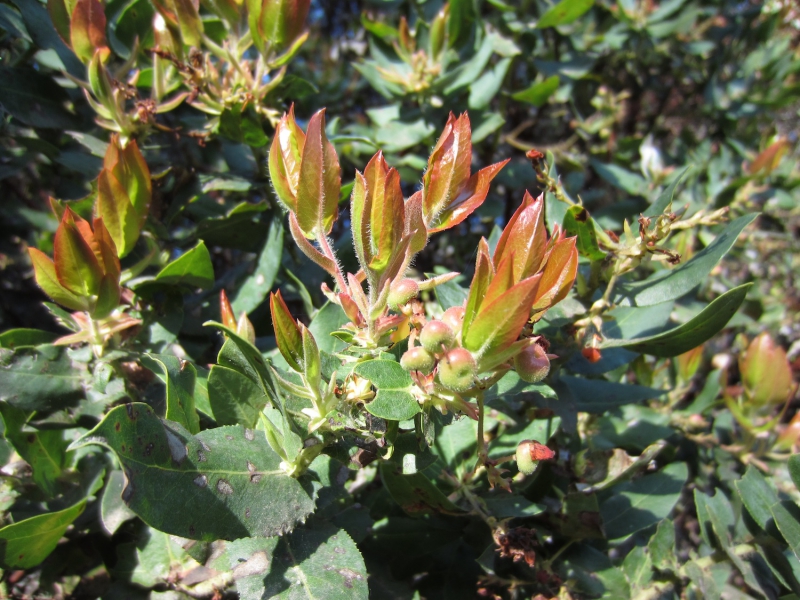 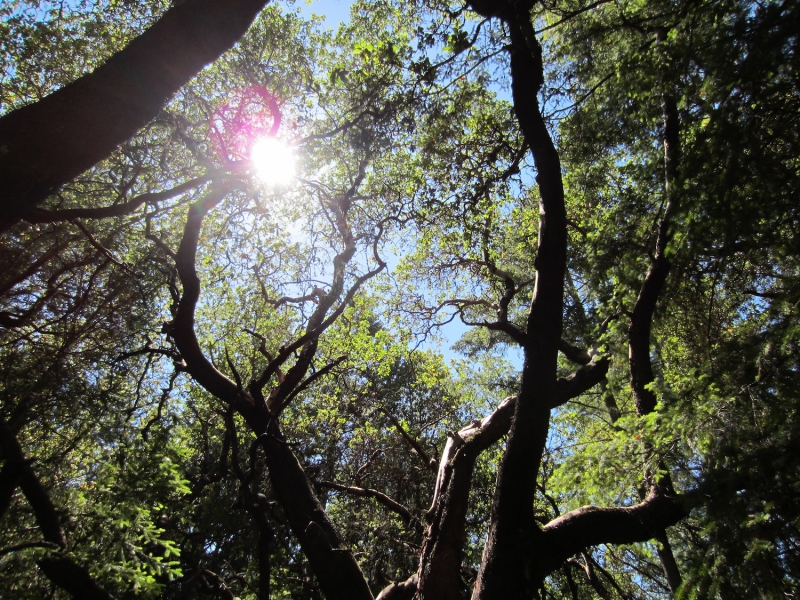 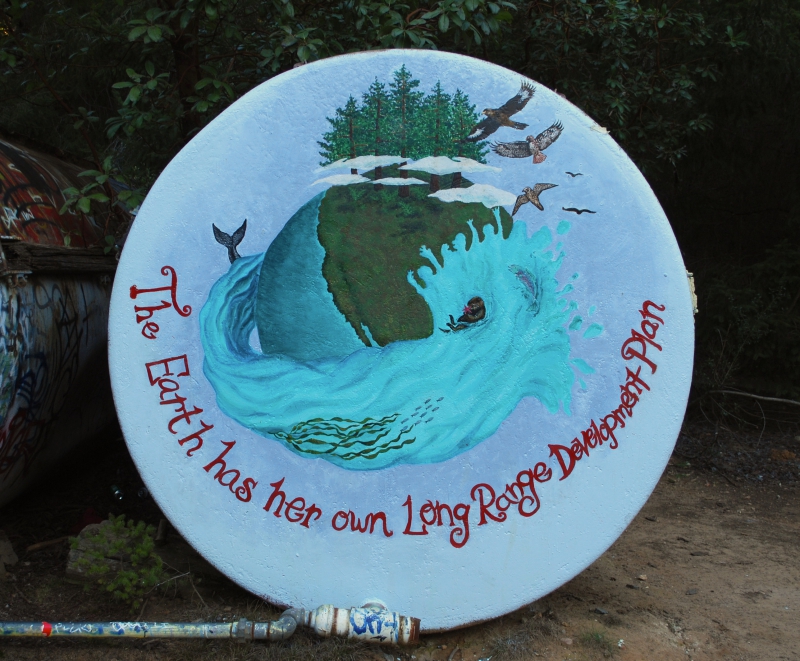 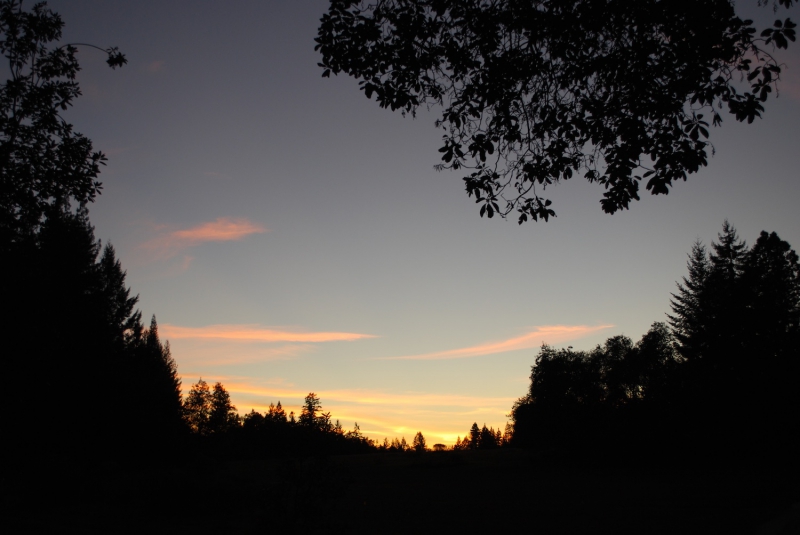 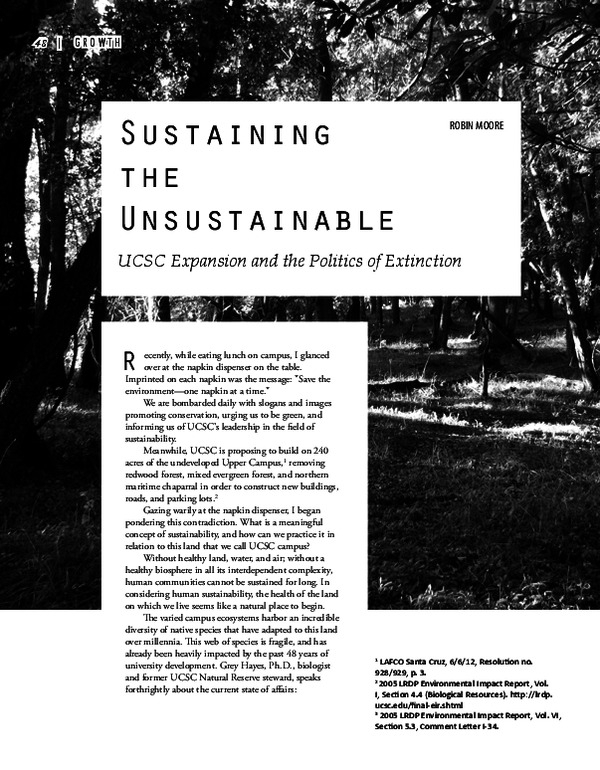 Download PDF (1.7MB)
Here's a PDF version of this article as it appeared in Growth magazine, if you'd like to print it out or save it.
http://saveuppercampus.org
Add Your Comments
LATEST COMMENTS ABOUT THIS ARTICLE
Listed below are the latest comments about this post.
These comments are submitted anonymously by website visitors.