by Anti-Cyborg Conglomerate
An account by participants in an autonomous anti-gentrification action to block a Google Bus at 7th and Adeline in West Oakland. 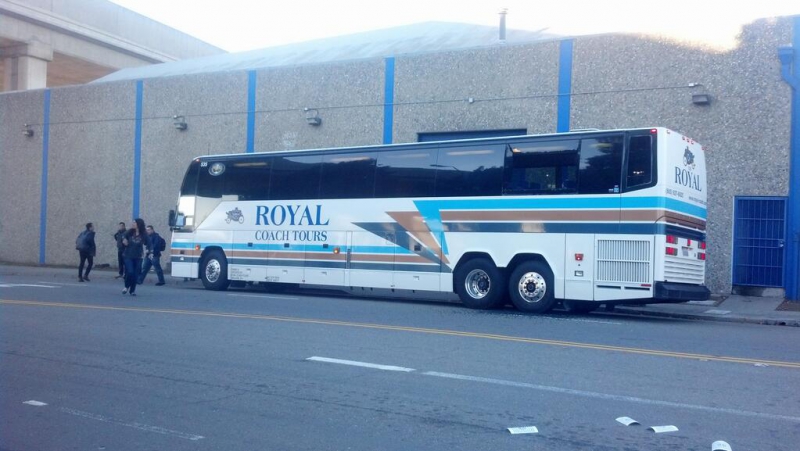 At 8:15, a small group of people met at 7th and Adeline in West Oakland. Down the street, over 20 employees of Google were queued up, waiting for their giant white bus to take them to their Mountain View headquarters. When it arrived, a kind young man, homeless and unemployed, boarded the bus with the employees.

While they took their seats, several people unfurled two giant banners reading “TECHIES: Your World Is Not Welcome Here” and “FUCK OFF GOOGLE.” They offered fliers to the passengers but they were refused. One passenger tried to take someone’s bicycle, but they were repelled. Inside the bus, the other passengers slowly became aware of what was happening outside. One female passenger suddenly remarked, “The protesters are at it again.”
The kind young man on the bus urgently approached the bus driver and began asking,

“Bus driver, what are you gonna do, man? What are you gonna do?”
“Don’t worry. It’s freedom of speech, freedom of speech.”
The kind young man then walked to the rear of the bus, saying,
“Oh my god! What’s gonna happen next?”
The same female passenger took out her phone and began filming the blockade.
“At least we’re warm in here and they’re cold out there,” she said.

Almost on cue, a person appeared from behind the bus and quickly smashed the whole of the rear window, making glass rain down on the street. Cold air blew inside the bus and the blockaders with their banners departed. The kind young man left the bus and outside someone threw fliers with a smiley face logo and the message ‘disrupt google’ into the air.

After this the bus remained where it was, blocked for the time being. Several more people arrived while the stranded Google employees began collecting the fliers off the street. The bus remained where it was, the thought of driving to Mountain View with a broken window and flooded with cold air an unthinkable horror they could not endure. Another crowd assembled near the bus pickup zone and within the hour the blockade began again.
All of this took place while simultaneous, autonomous blockades occurred at the MacArthur BART station in Oakland and in the Mission District of San Francisco.

The kind young man encourages everyone to “go out and have a little fun.”

West Oakland is a traditionally black neighborhood that surrounds the Port of Oakland. It has been heavily gentrified, developed, and restructured over the past three decades. Now there is an upper class enclave that has been established near the West Oakland BART station, in Jack London, and in the city of Emeryville. Many tech employees currently reside in these locations and have driven up the property values and rent prices, creating animosity, evictions, and poverty.

While this is taking place, the City of Oakland and Federal law enforcement are attempting to spread a surveillance network called the Domain Awareness Center throughout Oakland. Intended to secure the Port of Oakland against terrorist attacks and labor struggle, this surveillance network will actually monitor the entirety of Oakland through over 800 cameras. The authorities want to monitor the crazy and uncontrollable city that is pressed right up against the Port of Oakland. For them, the entire city is a variable that they want to control. The surveillance network and the gentrification serve the same purpose: to pacify, contain, and sterilize a city that carries rebellion deep inside its heart. Already, the surveillance center has been used against Oakland residents taking action against police violence. West Oakland is a concrete and clear example of the transformation that has occurred in the areas around the Port. This is why the action took place were it did.

The Google bus was an obvious target, but obviously the situation is more complex than one corporation and its specific employees. Gentrification is a dynamic and nuanced problem that is only beginning to be addressed and alleviated. It has many layers, players, and levels which undoubtedly will be exposed and elucidated in the near future by numerous individuals and groups. 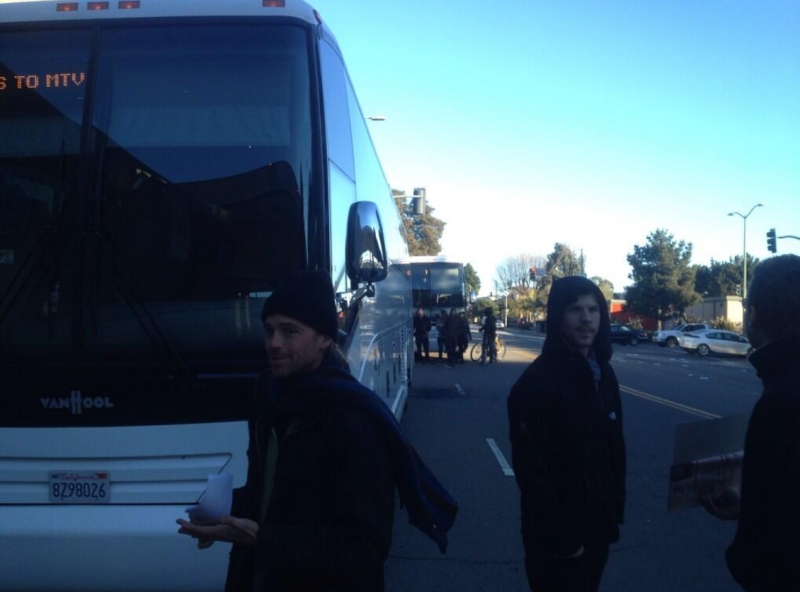 original image (1130x837)
Add Your Comments
Latest Comments
Listed below are the latest comments about this post.
These comments are submitted anonymously by website visitors.
TITLE
AUTHOR
DATE
A 'Jeapordy' answer and question
Aaron Aarons
Coal for yr stocking
Santa Claws
5 Things to Consider
IndyMindy
After capitalism is destroyed...
Anti-gen. guy
Yes, working class solidarity is in play here
Ray C.
No it's not
Darren
Wrong again
evicted
Since when are programmers and systems analysts "upper class"?
Darren
Workers of the world, unite?
Ray C.
Postscript to the last post...
X.H.
Support Independent Media
We are 100% volunteer and depend on your participation to sustain our efforts!