Add an Event
Newswire
Calendar
Features
Home
Donate
From the Open-Publishing Calendar
From the Open-Publishing Newswire
Indybay Feature
Publish to Newswire
Add an Event
Related Categories: East Bay | Health, Housing & Public Services
Google Bus Blocked @ MacArthur BART, Oakland!!!!
by #GoogleGTFO
Friday Dec 20th, 2013 9:26 AM
At 7:45am, over 50 protesters swarmed a Google bus picking up highly-paid tech workers at MacArthur BART station in Oakland. They successfully blocked it for over half an hour before OPD arrived and cleared the street, allowing the bus to continue on to the Google HQ in Mountainview as it does every day. An Apple bus was also temporarily blocked during the action and hundreds of flyers were passed out to those on the street who were overwhelmingly supportive. The action was planned to coincide with other Google Bus blockades across the Bay this morning as an escalation in the fight against gentrification and the rapid transformation of our cities into playgrounds for the super rich. Photos and the flyer handed out at the action are below: 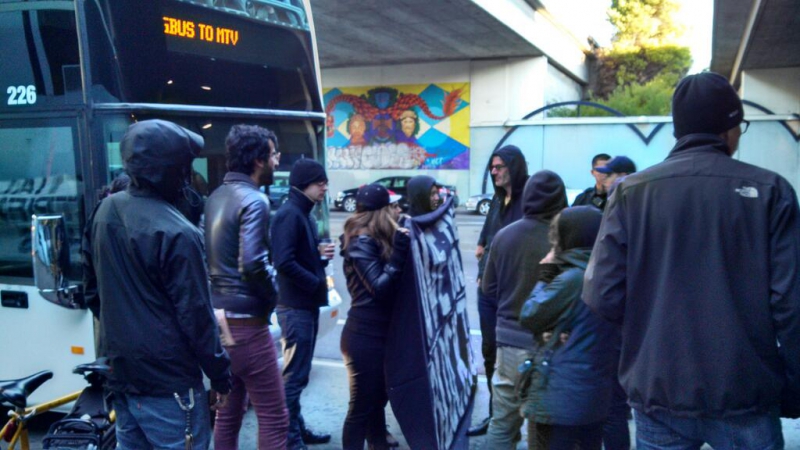 • Rents across the Bay Area are increasing astronomically. This is being driven in large part by the invasion of highly-paid tech workers, who can easily pay the absurd asking prices of landlords, displacing people with modest and low incomes. But few of us benefit from these jobs; instead we work in low-paying service jobs that support these wealthy workers, if we can find any work at all. As this process accelerates and San Francisco becomes inhospitable to all but the super-rich, the competition for housing increasingly spreads to Oakland.

• Highly-profitable corporations like Google, Yahoo and Facebook make it easy for their employees to gentrify places like Oakland by creating a private, express transit system for their employees -- buses that travel directly from Macarthur and West Oakland to Silicon Valley. All of his happens while the public transit system we ride to work becomes less reliable and more expensive.

• We’re blockading these buses today as a small step toward stopping these companies from transforming our cities into playgrounds for the elite. We encourage you to do the same. 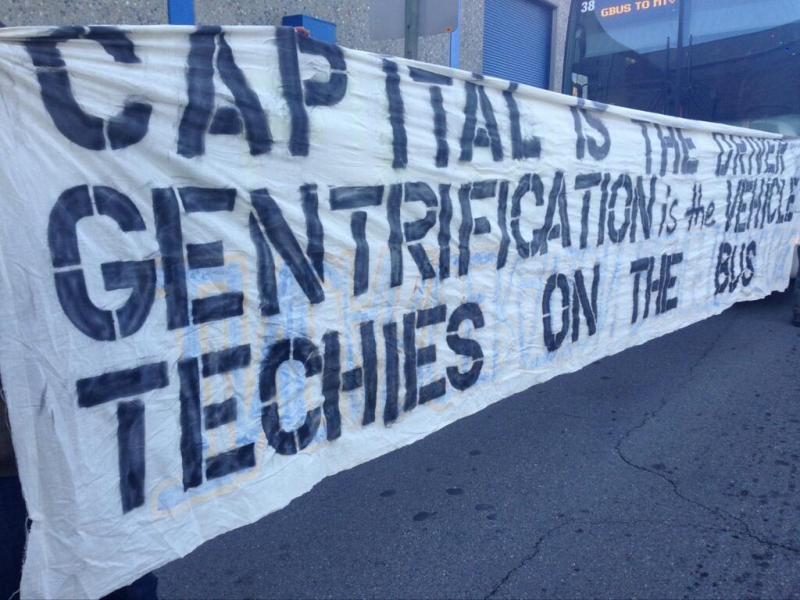 original image (1024x768)
http://www.google.com
Add Your Comments
LATEST COMMENTS ABOUT THIS ARTICLE
Listed below are the latest comments about this post.
These comments are submitted anonymously by website visitors.