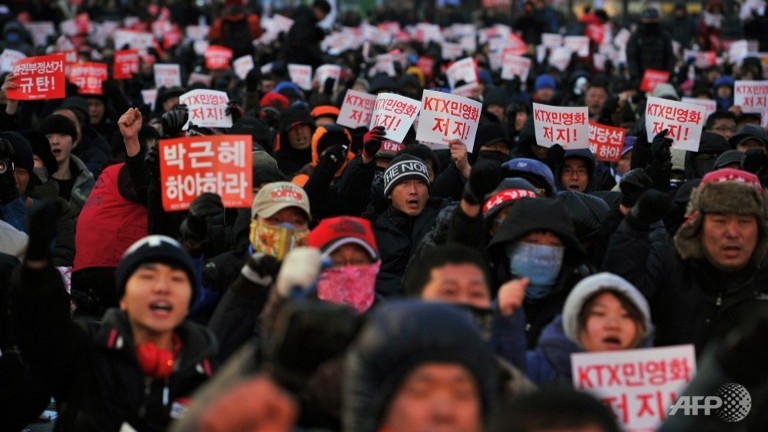 Thousands of Korean railway workers are fighting privatization and union busting by the Korean government.
http://www.transportworkers.org/node/961
Add Your Comments
LATEST COMMENTS ABOUT THIS ARTICLE
Listed below are the latest comments about this post.
These comments are submitted anonymously by website visitors.