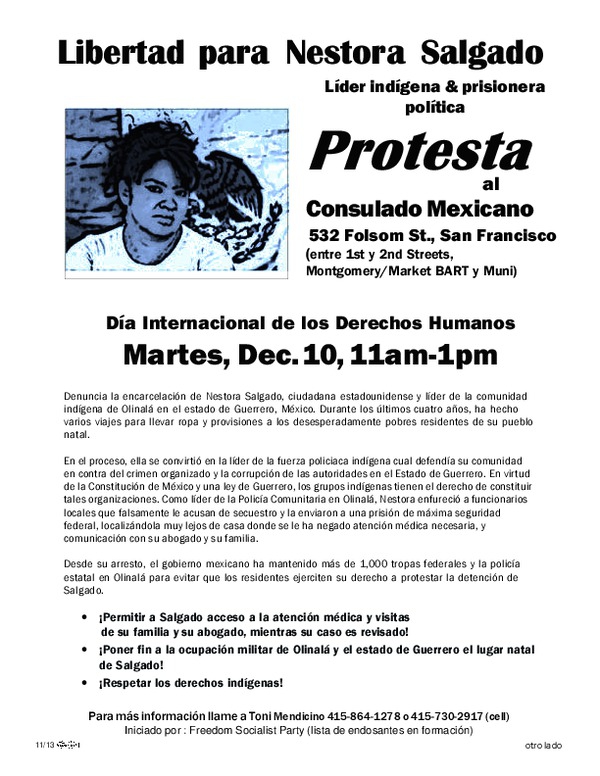 Advocates of indigenous and women’s rights will hold a protest on Human Rights Day, December 10, 11:00am-1:00pm, at the Mexican consulate in San Francisco, 532 Folsom Street, to protest the jailing of Nestora Salgado, a naturalized U.S. citizen and leader of her indigenous community in Olinalá, Guerrero. Salgado is a leader of Olinalá’s indigenous police force, a right guaranteed by the Mexican constitution, which defended her community from criminals such as domestic abusers, drug cartels and corrupt public officials. In performing her duties Salgado angered local officials who manufactured kidnapping charges against her and transported her hundreds of miles from her home to a high security federal prison, El Rincon, in Tepic, Neyarit, where she is being held with no access to lawyers and is being denied needed medicines. Tuesday, December 10, 11am – 1pm, Mexican Consulate in San Francisco, 532 Folsom Street between 1st and 2nd Streets and near Montgomery BART/Muni. For more information or to help plan the protest contact 415-864-1278 or email freenestora.sanfrancisco [at] gmail.com or visit http://www.socialism.com. 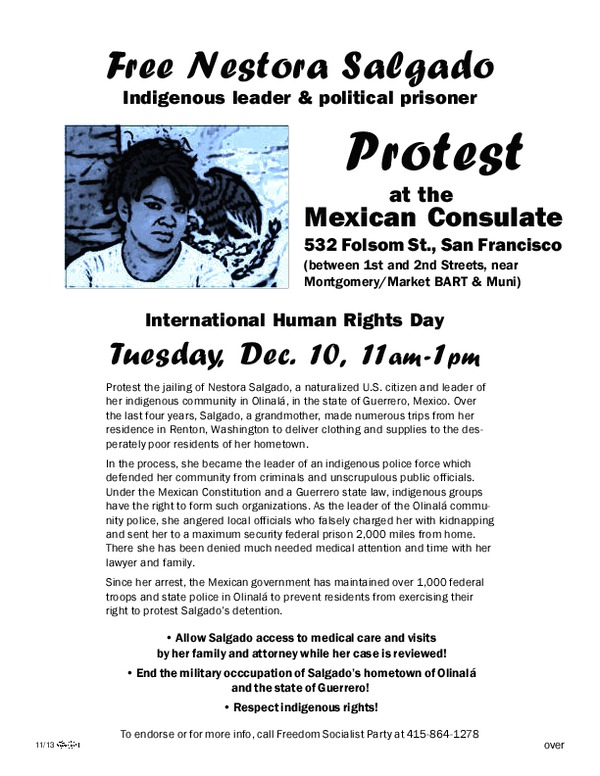 Download PDF (71.1KB)
END_OF_DOCUMENT_TOKEN_TO_BE_REPLACED
Add Your Comments
Support Independent Media
We are 100% volunteer and depend on your participation to sustain our efforts!