Add an Event
Newswire
Calendar
Features
Home
Donate
From the Open-Publishing Calendar
From the Open-Publishing Newswire
Indybay Feature
Publish to Newswire
Add an Event
Related Categories: U.S. | Global Justice & Anti-Capitalism
Fuck the Arctic Apple and GMO shill Steve Savage
by indyradio.nu
Friday Nov 29th, 2013 11:48 AM
The Arctic Apple will be the latest unregulated and unlabled GMO wonder available in stores near you, thanks to shills like Steve Savage. 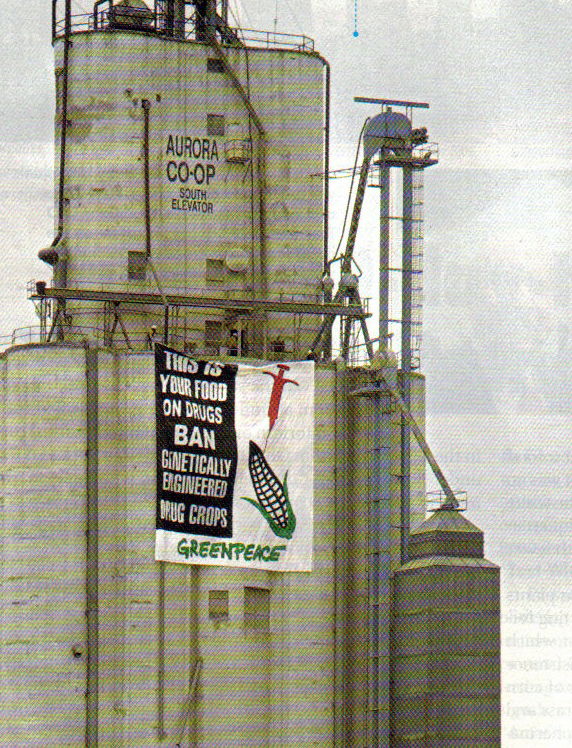 STEVE SAVAGE, GMO SHILL DEBUNKED: One of the most widely published opponents of fair labeling (Prop. 37 and I 522) is Stanford graduate Steve Savage. Steve is comfortably retired from DuPont. DuPont contributed $4 million to oppose the passage of California Proposition 37, which would mandate the disclosure of genetically modified crops used in the production of California food products. Steve shills convincingly for the chemical industry and their pals in bioengineering. His latest project, as you would expect, is to cheerlead for the Arctic Apple. Let's get a jump on this, since it's almost too late and we're about to be screwed again. In 2009, Steve's Greenwash was exposed by Corporate Crime Daily:
"It’s interesting that Steve Savage boasts of his work on natural, biological pesticides while at DuPont and Mycogen. Those companies were among the leaders in bringing GMO “Bt” crops to market, despite concerns raised by scientists, environmentalists and organic growers who noted that the Bt crops threaten to destroy the usefulness of Bt sprays, valued by many as the world’s safest and most important biological pesticide. It’s curious that while Savage was purportedly working on biological pesticides, his colleagues were working to destroy the safest one known.
Savage also says that GMO Bt crops couldn’t present an allergy risk because they contain the same gene found and long-used in Bt sprays. But the version in GMO crops is not the same as in sprays; in crops it is an activated, high-dose (truncated) toxin." read more http://ur1.ca/g49f5
https://www.facebook.com/IndyRadio
Add Your Comments
§Countering disinformation
by Steve Savage
Monday Dec 2nd, 2013 9:59 AM
Other than being mean spirited, your article is full of disinformation. I am not "comfortably retired" from DuPont or anywhere else. I am also not a "shill" as my blogging etc is completely unpaid.

Bt continues to be a safe and useful biopesticide product both as a spray and as a crop trait. The most dramatic incident of resistance development was from over-use by organic growers on Brassica species leading to resistance in the Diamond Back Moth. There are perhaps hundreds of distinct Bt toxins known from nature, so there is no danger of that resource being "destroyed." The spray-on versions of Bt are quickly converted to the truncated forms upon ingestion.

By the way, the Arctic apple and all biotech crops are definitely regulated, the only means of crop modification to ever be so carefully reviewed by the EPA, FDA and USDA.

Actually there is lots of information available about who I am ever since I started blogging etc in 2009. Perhaps the easiest way to figure out who I am and why I do what I do is to visit http://www.drstevesavage.com

I've been writing for years. My little http://www.appliedmythology.blogspot.com site is about to hit 1/4Million page views. I've always put my personal email address on all my posts on various sites. I've had dozens of email exchanges with people on all sides of these issues.


http://www.drstevesavage.com
Add a Comment
Support Independent Media
We are 100% volunteer and depend on your participation to sustain our efforts!