Add an Event
Newswire
Calendar
Features
Home
Donate
From the Open-Publishing Calendar
From the Open-Publishing Newswire
Indybay Feature
Publish to Newswire
Add an Event
Related Categories: Santa Cruz Indymedia | Education & Student Activism | Labor & Workers
Workers and Students Shutdown UCSC during Statewide ULP Strike
by Alex Darocy (alex [at] alexdarocy.com)
Friday Nov 22nd, 2013 1:04 AM
Students and workers at UC Santa Cruz blocked both entrances and shut the campus down in support of a University of California-wide unfair labor practices strike on November 20, called for by AFSCME 3299. [Top video: compilation of clips from the blockade of the west entrance of UCSC and the march down to the main entrance of campus. Scroll down to view photos.]
Copy the code below to embed this movie into a web page:
Download Video (31.4MB) | Embed Video
According to a statement released by AFSCME 3299, the Unfair Labor Practices strike was called in response to a, "coordinated campaign of illegal intimidation, coercion, and threats," against UC Patient Care and Service Workers who participated in a walk out in May over unsafe staffing levels at UC supported hospitals.

Workers on all UC Campuses and Medical Centers statewide participated in the strike.

Joining AFSCME on the picket line in Santa Cruz were members of UAW Local 2865, the union that represents student academic workers, as well as a variety of student groups, which included Autonomous Students UCSC and MEchA de UCSC.

Those living in on campus family housing were allowed to enter the university during the strike. Emergency vehicles were also allowed to enter, but unlike previous campus shutdowns, the police were prevented from driving through, and according to demonstrators were turned away at least once.

After a 12+ hour blockade in the rain, those blocking the west entrance marched down Empire Grade to the base of campus for a final rally. 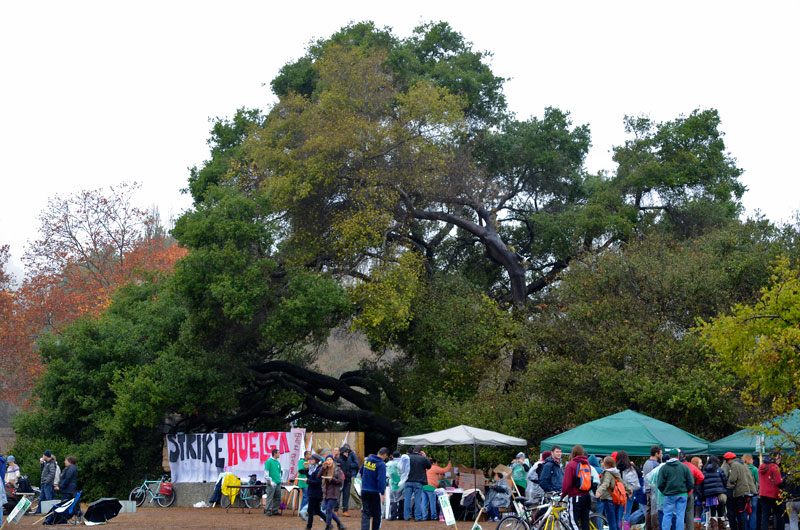 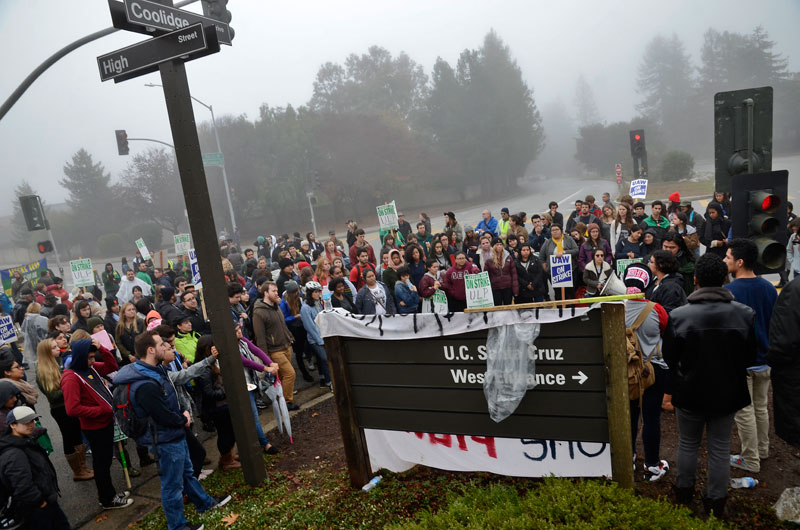 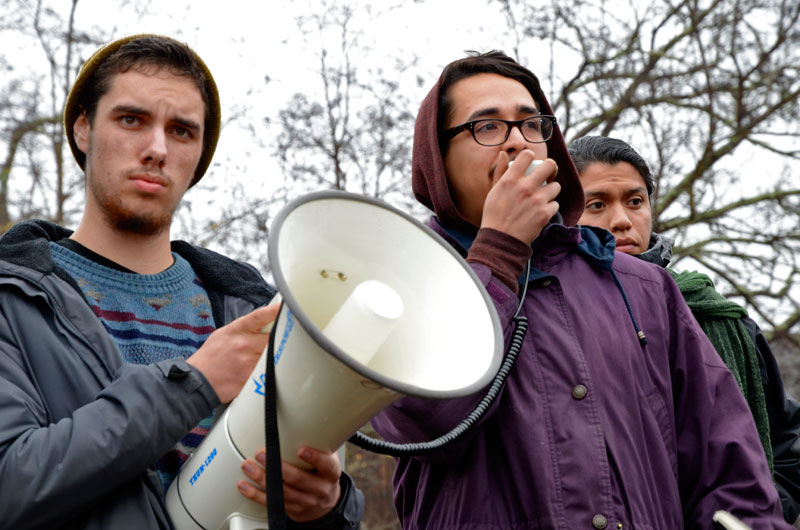 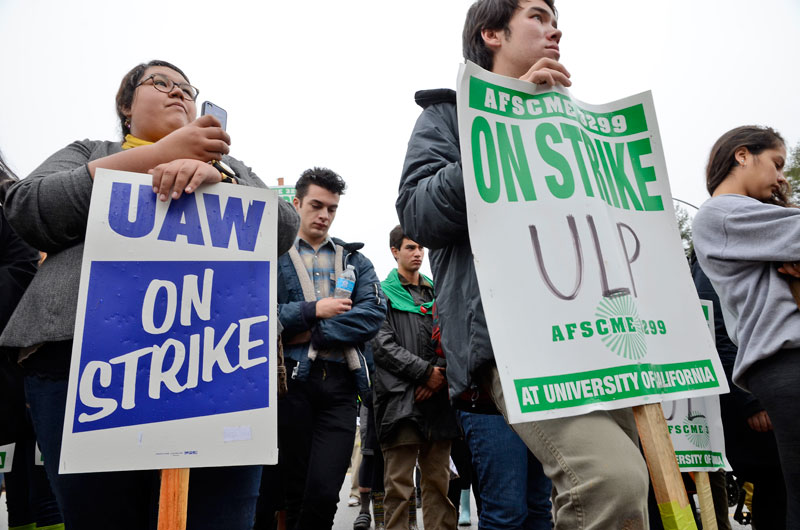 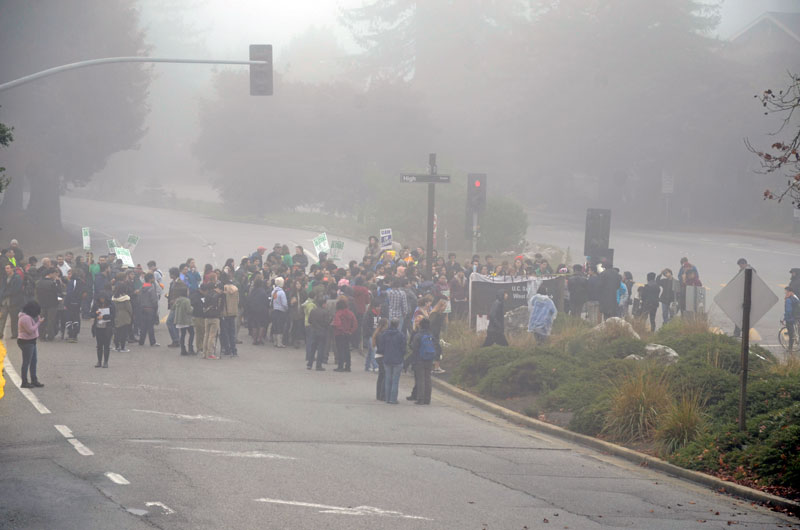 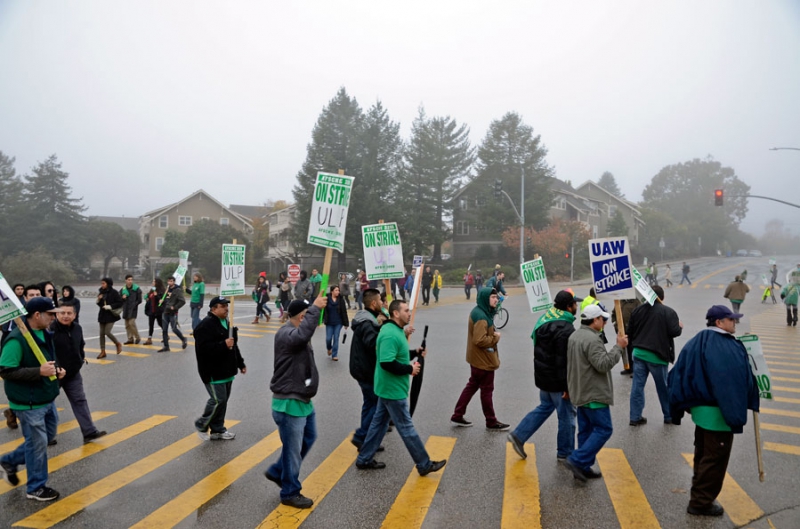 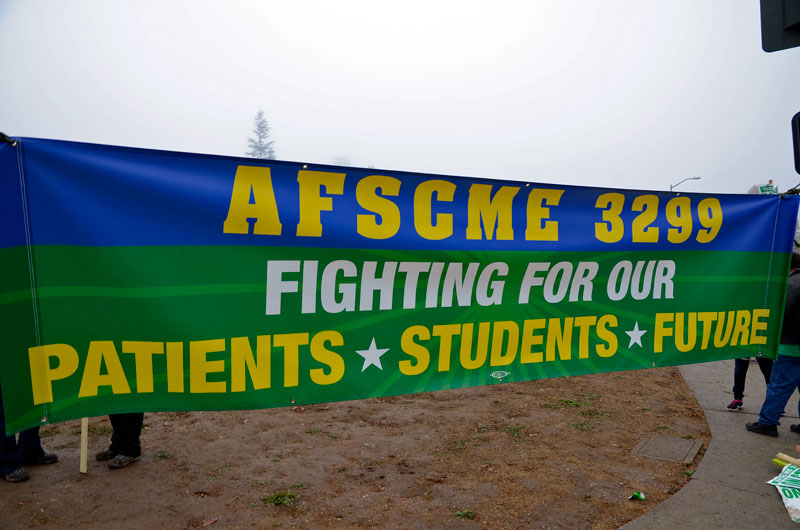 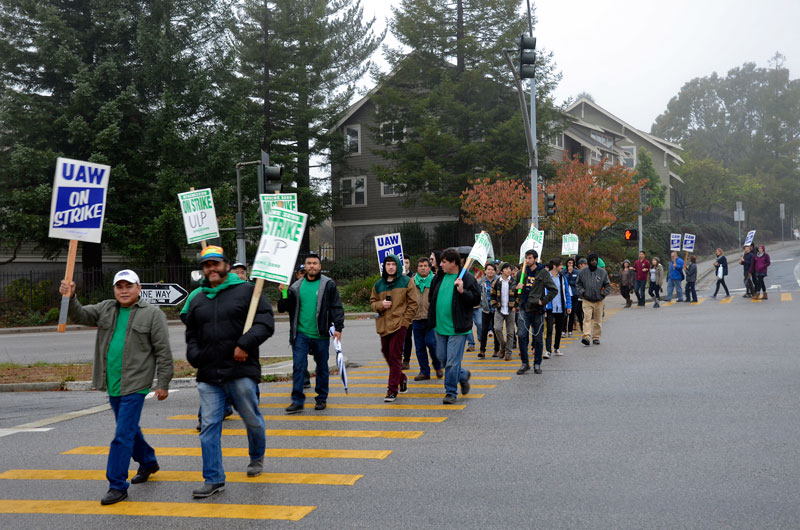 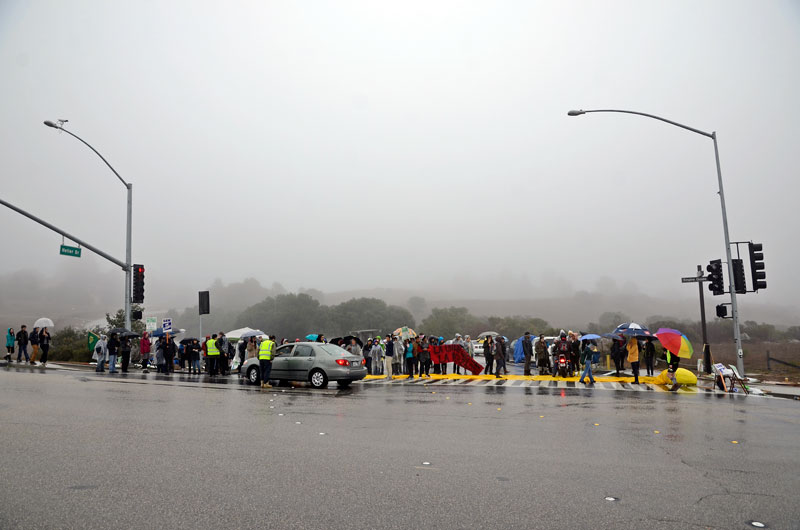 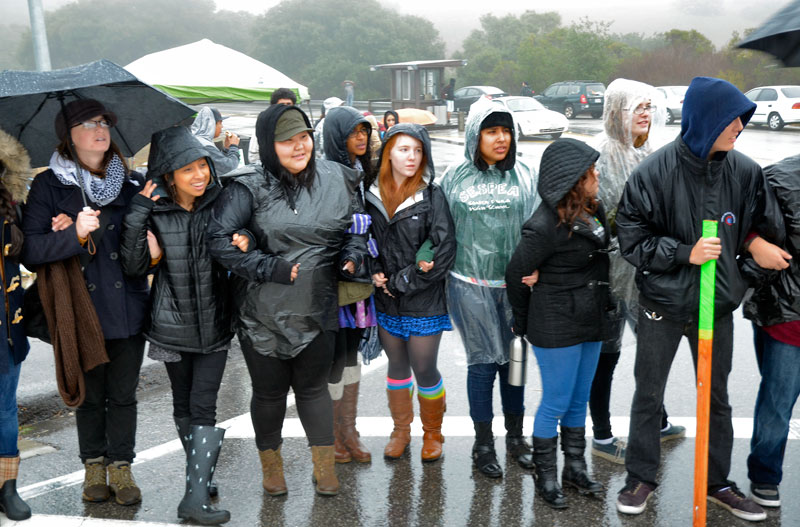 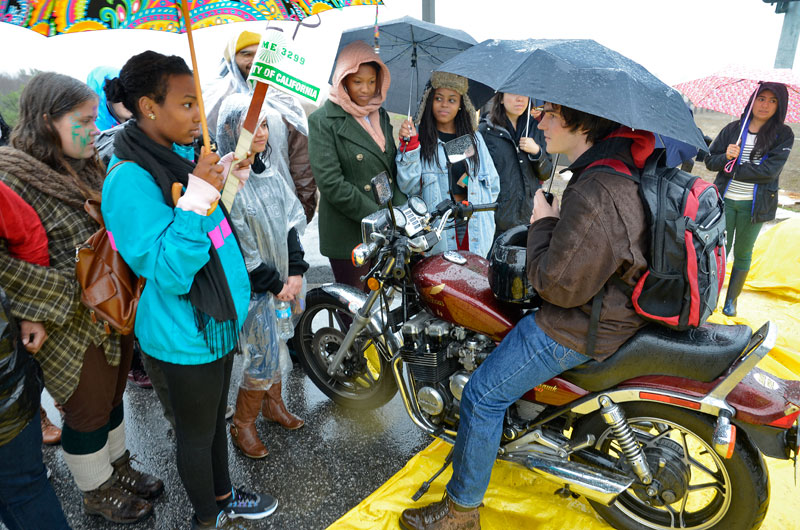 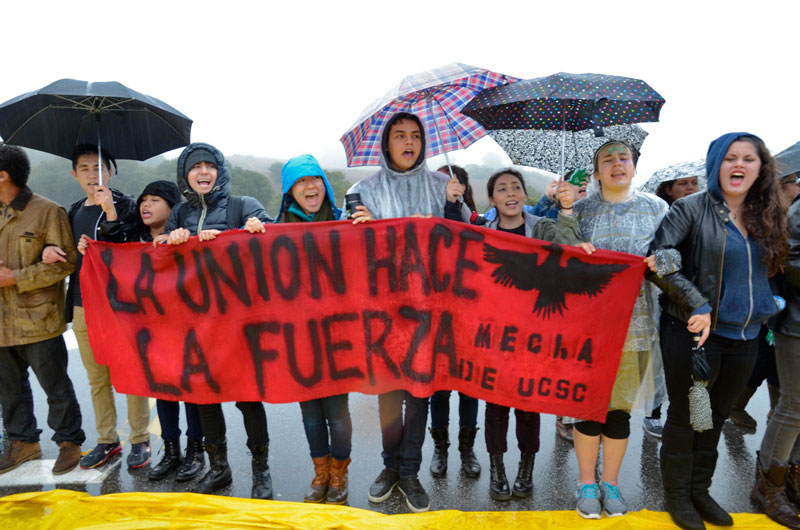 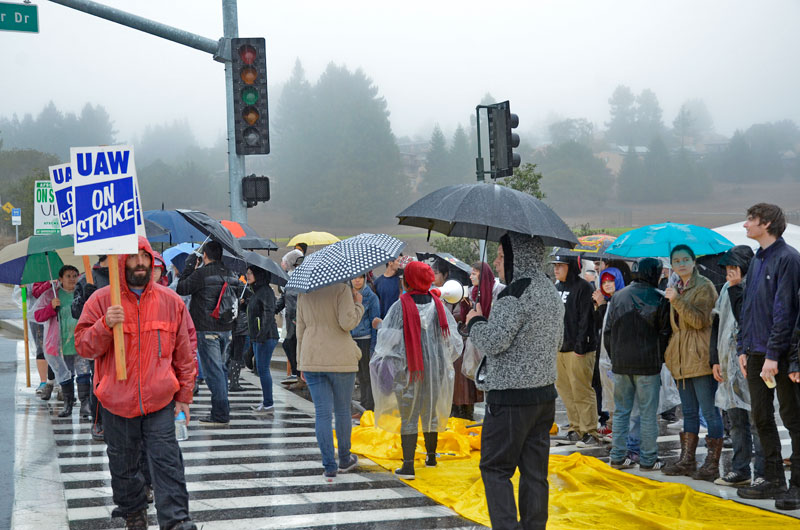 §Another Motorcyclist Tries to Get Through
by Alex Darocy Friday Nov 22nd, 2013 1:04 AM 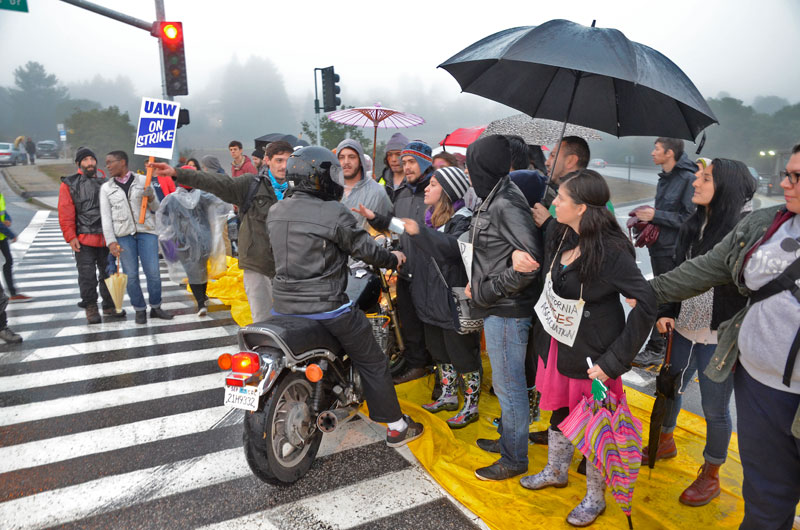 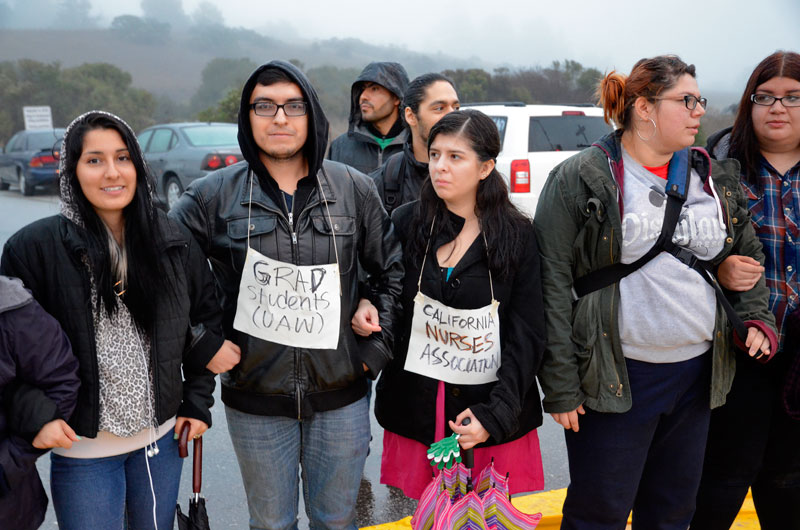 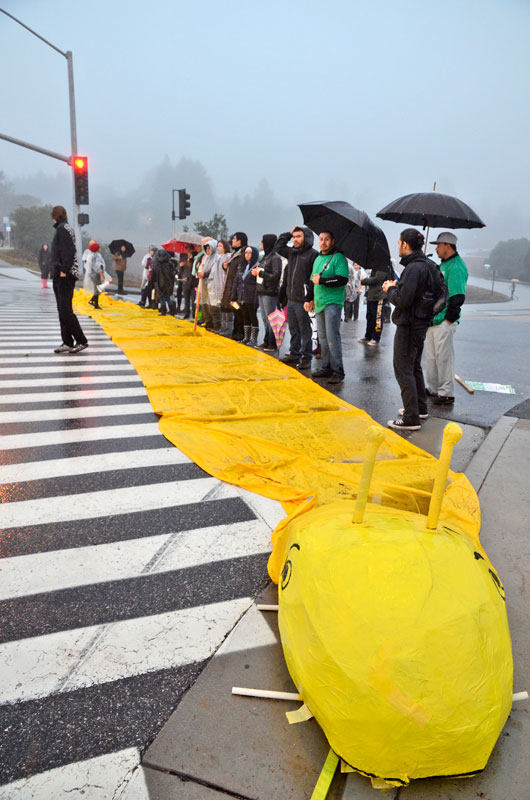 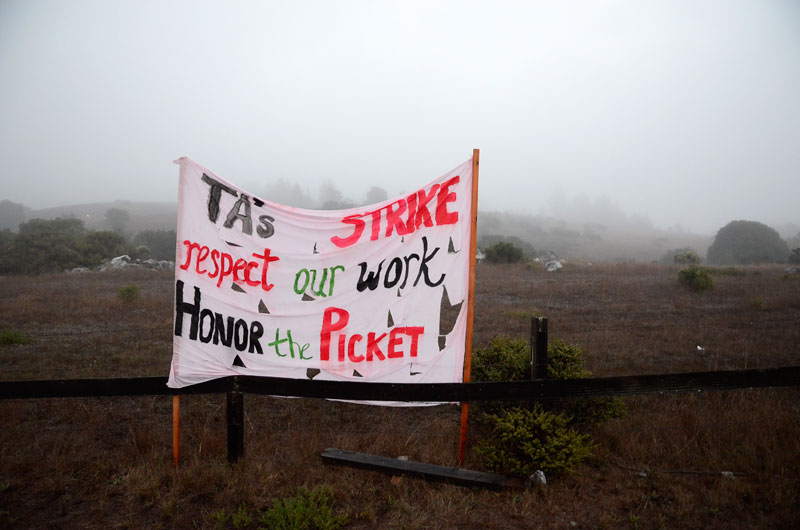 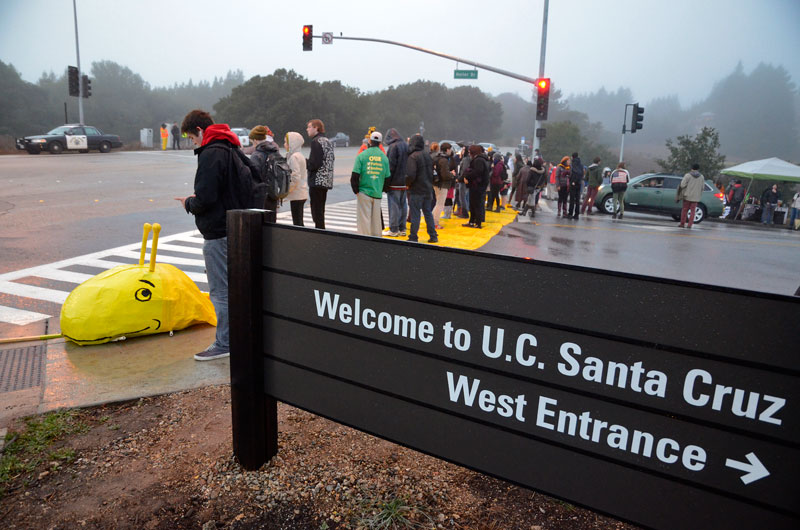 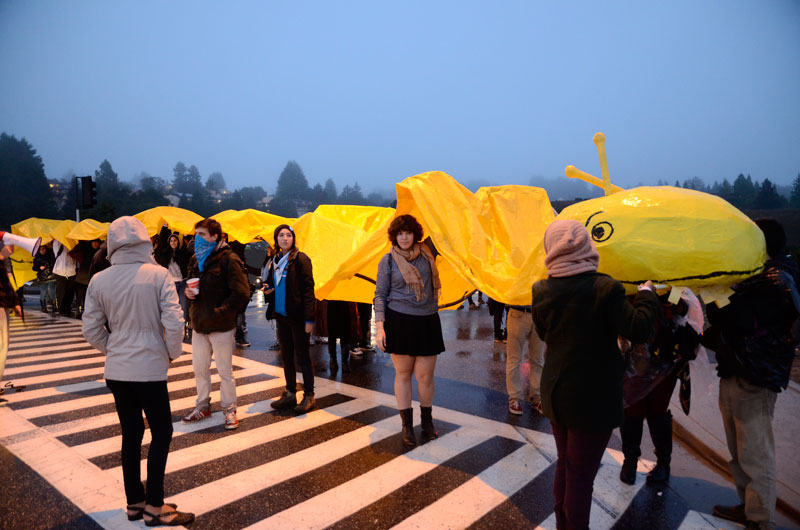 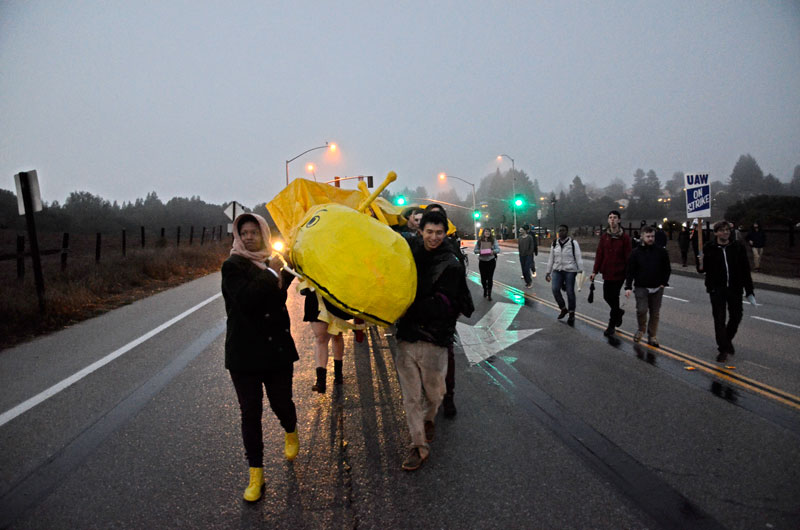 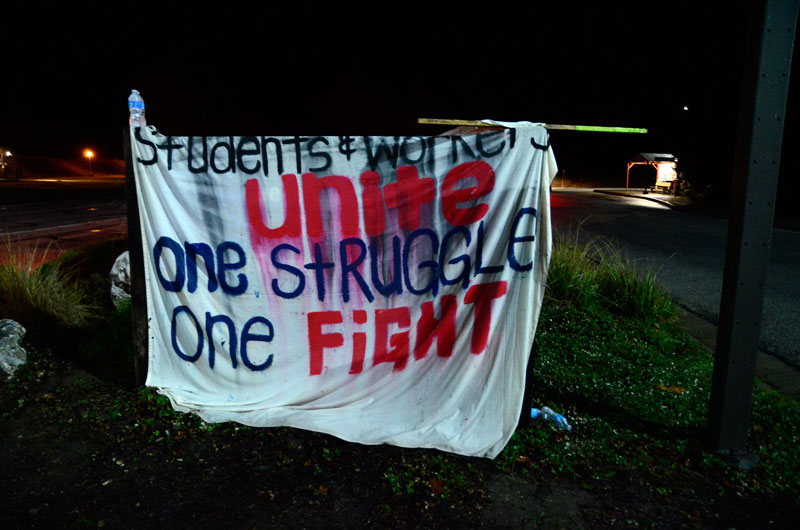 Students & Workers Unite
§More Videos
by Alex Darocy Saturday Nov 23rd, 2013 10:03 AM
Workers and Students Shutdown UCSC (pt 2: rally videos)
https://www.indybay.org/newsitems/2013/11/23/18746726.php
Add Your Comments
LATEST COMMENTS ABOUT THIS ARTICLE
Listed below are the latest comments about this post.
These comments are submitted anonymously by website visitors.