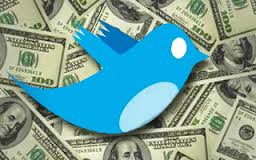 Housing, labor, seniors and community activists will rally in SF when the Twitter IPO launches on Nov 7 in San Francisco. While this will make more billionaires and working people, poor, retired and disabled are being thrown on the streets with cutbacks and austerity. It is time to let Twitter know Stop the War Against The Poor, Students And Working People

As Twitter readies to profit millions from its IPO, local coalition of tenants, seniors, workers and students rally to ask:

What is Twitter’s “public offering to the people of San Francisco?

San Francisco, CA – Local community groups, including tenants, seniors, workers, advocates and students – will mark Twitter’s IPO on November 7th by calling attention to corporate tax breaks and the tech giant’s role in an eviction epidemic that is displacing thousands of families, seniors and working people in San Francisco.

Due to rampant gentrification and a drastic rise in evictions fueled by tech giants like Twitter, local neighborhoods are being transformed and not for the benefit of the majority of San Franciscans. Average rents for a one-bedroom apartment in the city have eclipsed $3,000 and long-term residents - many of whom are seniors and people with disabilities - are particularly vulnerable to eviction, via the Ellis Act, by landlords who want to cash in on tech money flooding the city.

At the same time, a recent San Francisco Chronicle report reveals the tax break given to Twitter will cost the city 56 million dollars, more than what was previously estimated. Twitter was also exempted from a ballot initiative requiring businesses be taxed on their total gross receipts rather than on payroll.

As Twitter readies to profit millions from its IPO and continues to benefit from tax breaks, people left behind - dealing with widespread evictions, cuts to vital public services, diminished public transportation resources and underfunded schools and colleges - will join together to ask Twitter: what is your public offering to the people of San Francisco?

WHAT: As Twitter releases its IPO, local community groups to call attention to corporate tax break’s and the tech company’s role in the San Francisco eviction crisis.

WHERE: Twitter Headquarters at 1355 Market Street in San Francisco.

https://www.facebook.com/events/3113555756...
Add Your Comments
Support Independent Media
We are 100% volunteer and depend on your participation to sustain our efforts!